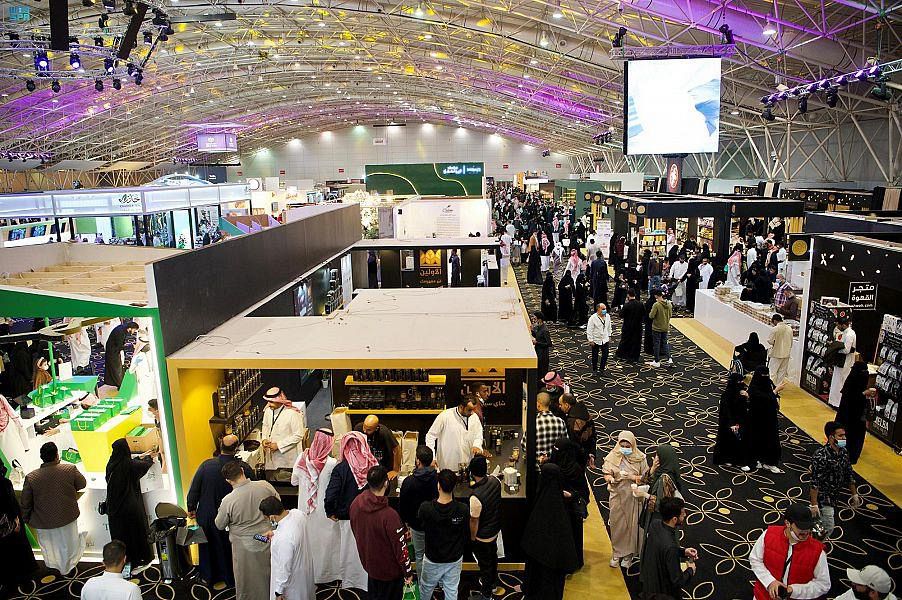 At the 7th edition of the International Coffee and Chocolate Exhibition in December, the Saudi Arabia Ministry of Culture declared 2022 as “Saudi Coffee Year.” Saudi Press Agency photo.

Saudi Arabia’s Ministry of Environment, Water and Agriculture has signed a 15-year agreement with an agricultural society to promote coffee production and create a model farm.

The discovery of coffee as a drink on lands that form modern-day Saudi Arabia predates the discovery of petroleum and the establishment of the monarchy itself by about 500 years. Now, Saudi Arabia plans to have a “coffee city,” at a 160-hectare site in the village of Mashuqa near Al-Baha.

The agreement was signed by Saudi Arabia Minister of Environment, Water and Agriculture Abdul Rahman Al-Fadhli and representatives of the Agricultural Cooperative Society in Baljurashi.

According to the Saudi Press Agency, the agreement is designed to promote sustainability of agricultural crops, encourage agricultural investment, add vegetation, create jobs and promote the role of cooperative societies.

The agreement is expected to result in the cultivation of 300,000 arabica seedlings and pomegranate trees. It will involve a model farm, a nursery, and an industrial center to include workshops, warehouses, a business center and a mosque.

Coffee production in Saudi Arabia is largely attributed to three regions in the south and west: Jazan, Al-Baha and Asir, with exports primarily bound to other Middle Eastern countries. The oil-rich country in recent years has been the biggest importer of Ethiopian coffees, just ahead of Germany, Japan and the United States, according to the USDA’s Foreign Agriculture Service.

The Saudi Arabian ministry of culture recently dubbed 2022 as “The Year of Saudi Coffee” in an effort to promote both production and consumption.