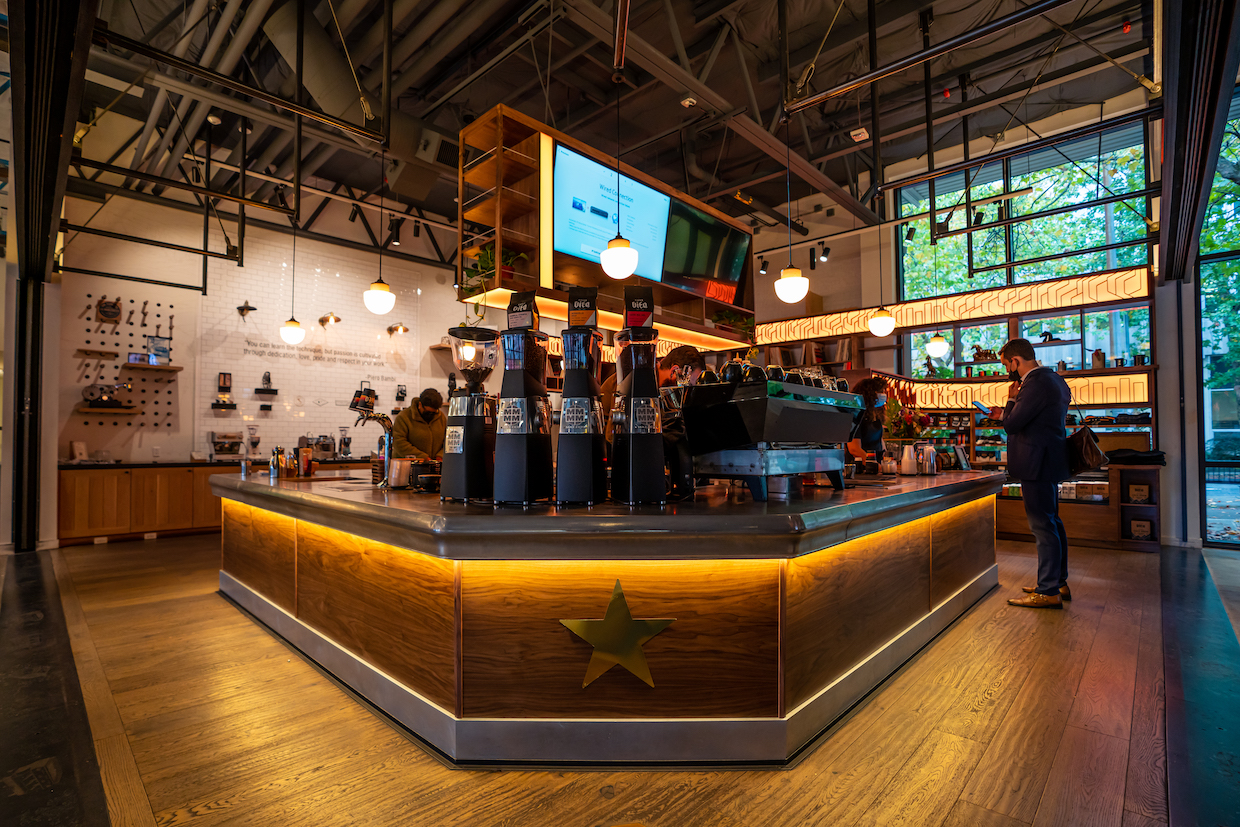 The coffee bar at Caffe Vita at KEXP in Seattle. All images courtesy of KEXP.

The La Marzocco cafe made a mighty coffee splash when it opened in the shadow of the Space Needle in 2016. It served as a functioning everyday cafe, but also as a showroom for the Italian espresso machine manufacturer’s home equipment line. 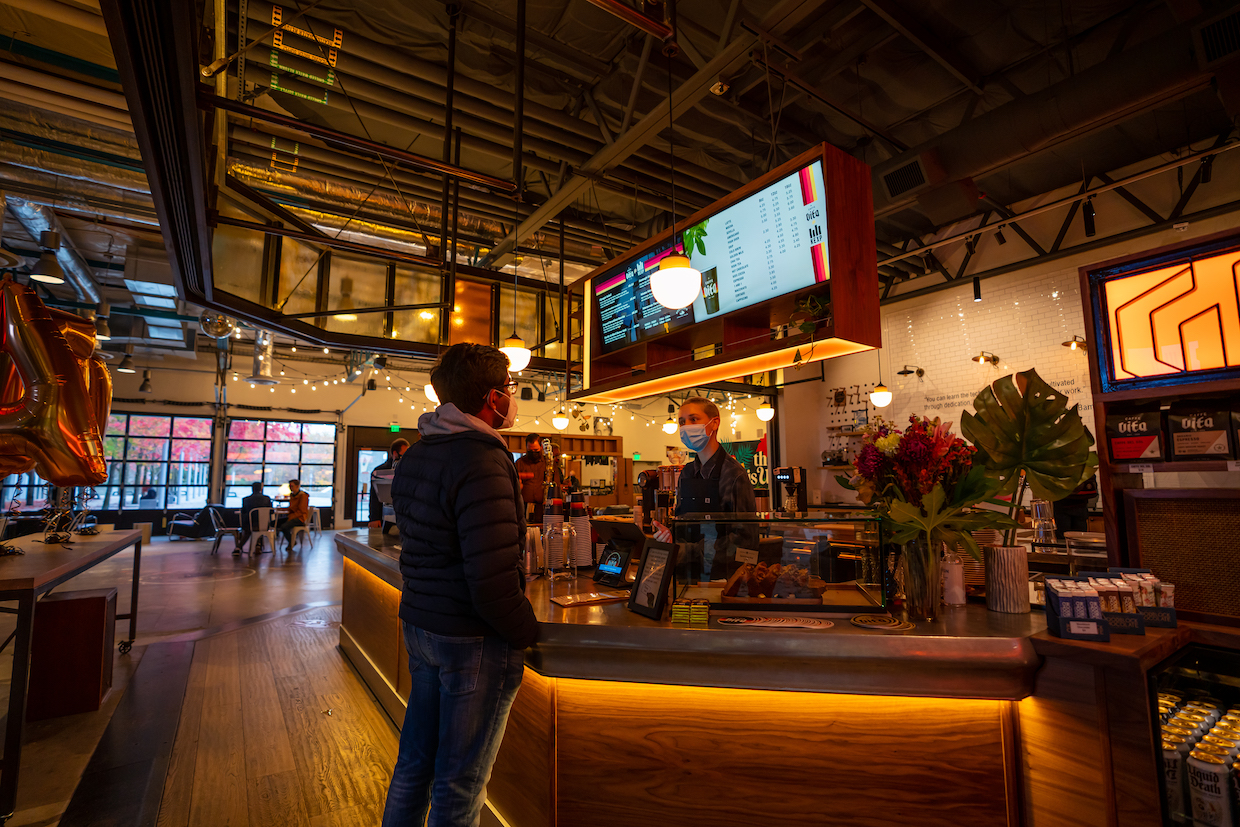 The shop also featured monthly residencies — involving new coffees, menu and even staff — from progressive and quality-forward coffee roasters from all over the world. It was, and is, also perpetually abuzz with the sounds of independent radio and live music performances.

Beginning last October, 26-year-old Caffe Vita officially assumed management of the shop, ushering in a new era with a single-roaster focus while maintaining LM equipment at the bar. Vita at KEXP has also maintained the La Marzocco Home Lab.

“It’s a milestone project that I’m humbly grateful for,” Caffe Vita owner and CEO Deming Maclise, who took over the iconic Vita brand in 2020, told DCN. 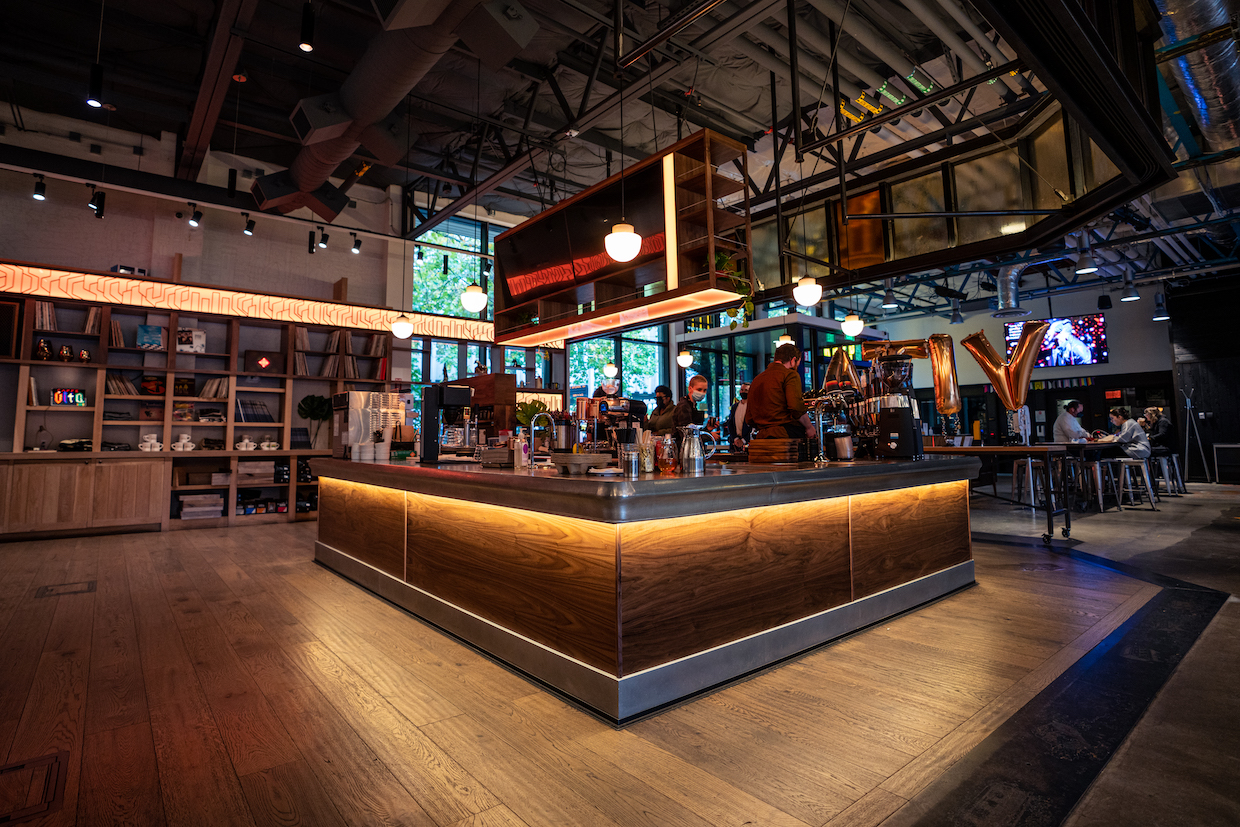 Maclise led the redesign of the spacious bar and open-concept cafe, building upon the existing La Marzocco foundation while working with Seattle-based metal artist Chris McMullen on numerous components.

“I’ve been obsessed with light boxes from day one,” Maclise said. “I came up with the initial idea and Chris executed even better than I could have imagined. We started that idea at Fioré Sunset HIll, honed it in at Vita Capitol Hill, and the best version is at Vita KEXP.”

Caffe Vita is now one of five Vita-branded retail locations in Seattle. There are also two Vita shops in New York City and one in Portland, while the roasting company maintains wholesale accounts throughout the greater Seattle and New York markets.

Maclise, who recently transformed the Ballard neighborhood restaurant Bastille into the coffee-focused Sabine, said, “We have future expansions for cafes in the works for this year and next year.” 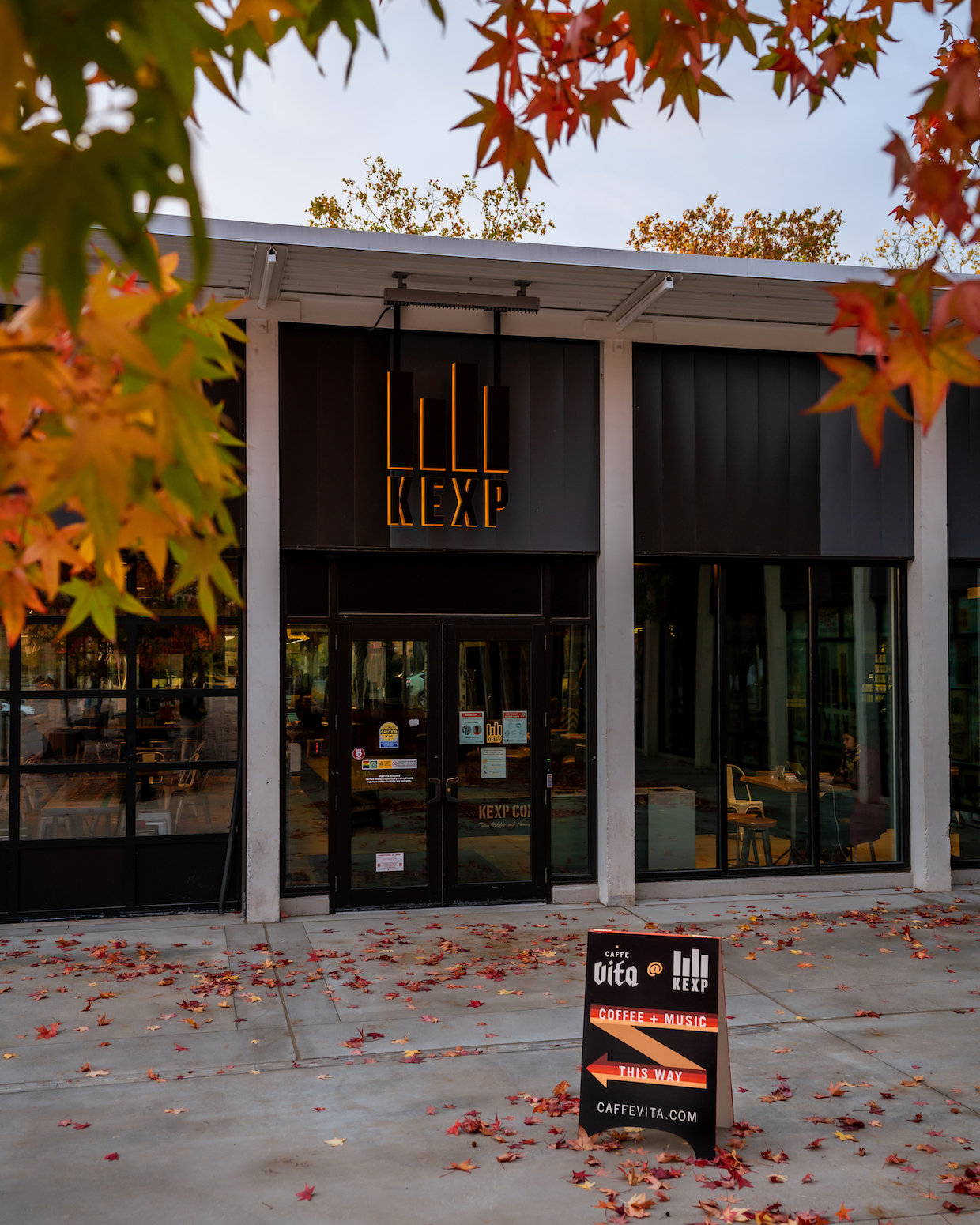 Caffe Vita at KEXP is now open at 472 1st Ave N in Seattle. Tell DCN about your new coffee shop or roastery here.