With Books and Beans, Fuel Coffee is Fully Recharged in Seattle 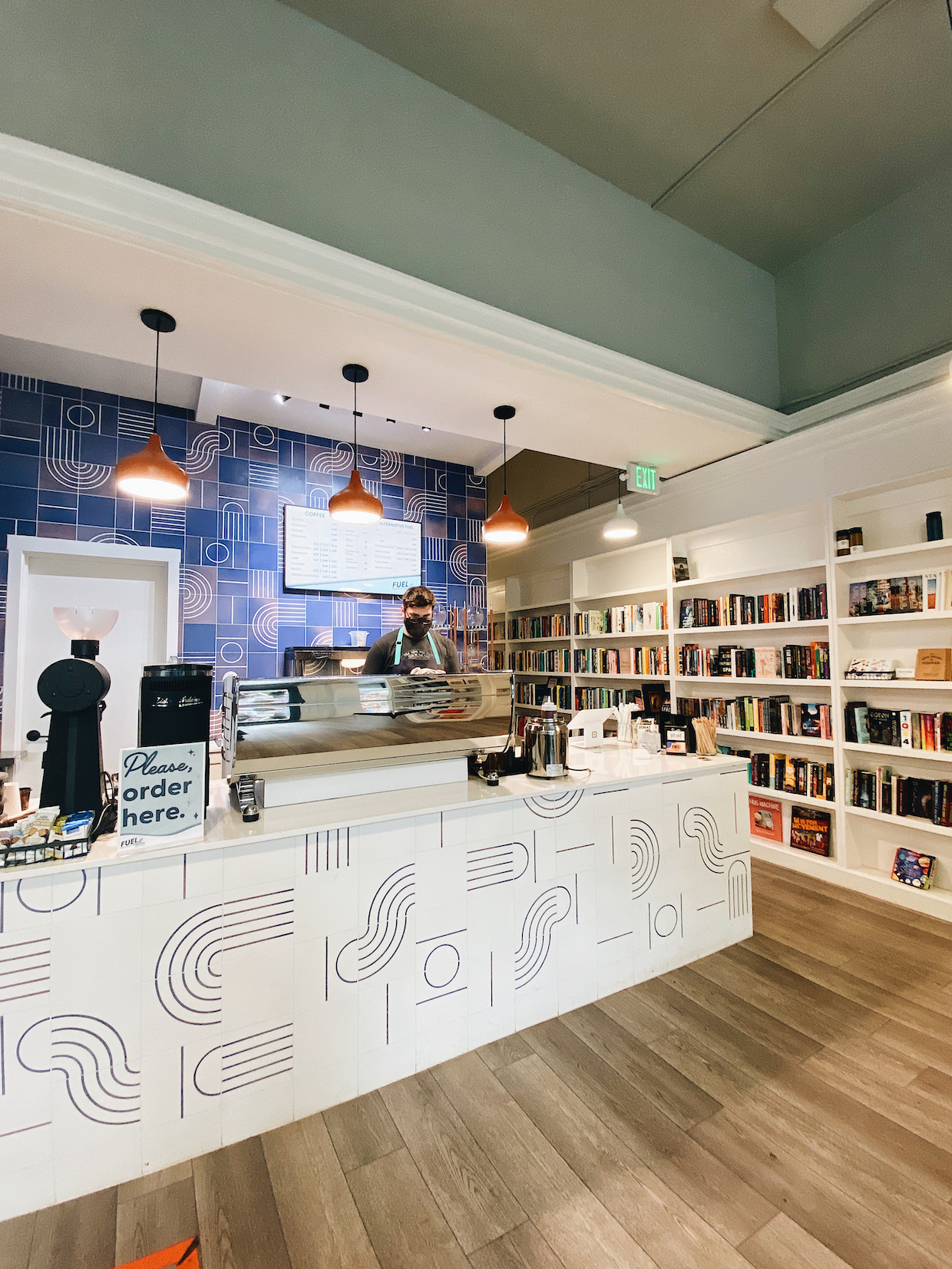 Longtime Seattle coffee purveyor Fuel Coffee is revving into 2022 with new ownership, a new roasting program and a design overhaul at each of its three neighborhood cafes.

A major additional component of Fuel’s latest charge is a focus on books, a reflection of the new ownership team of Danielle Hulton and David Hulton, the owners of Ada’s Technical Books & Cafe in Capitol Hill.

In the summer of 2020, the Hultons acquired the coffee business, founded by local entrepreneur Dani Cone in 2005, following conversations that predated the pandemic. 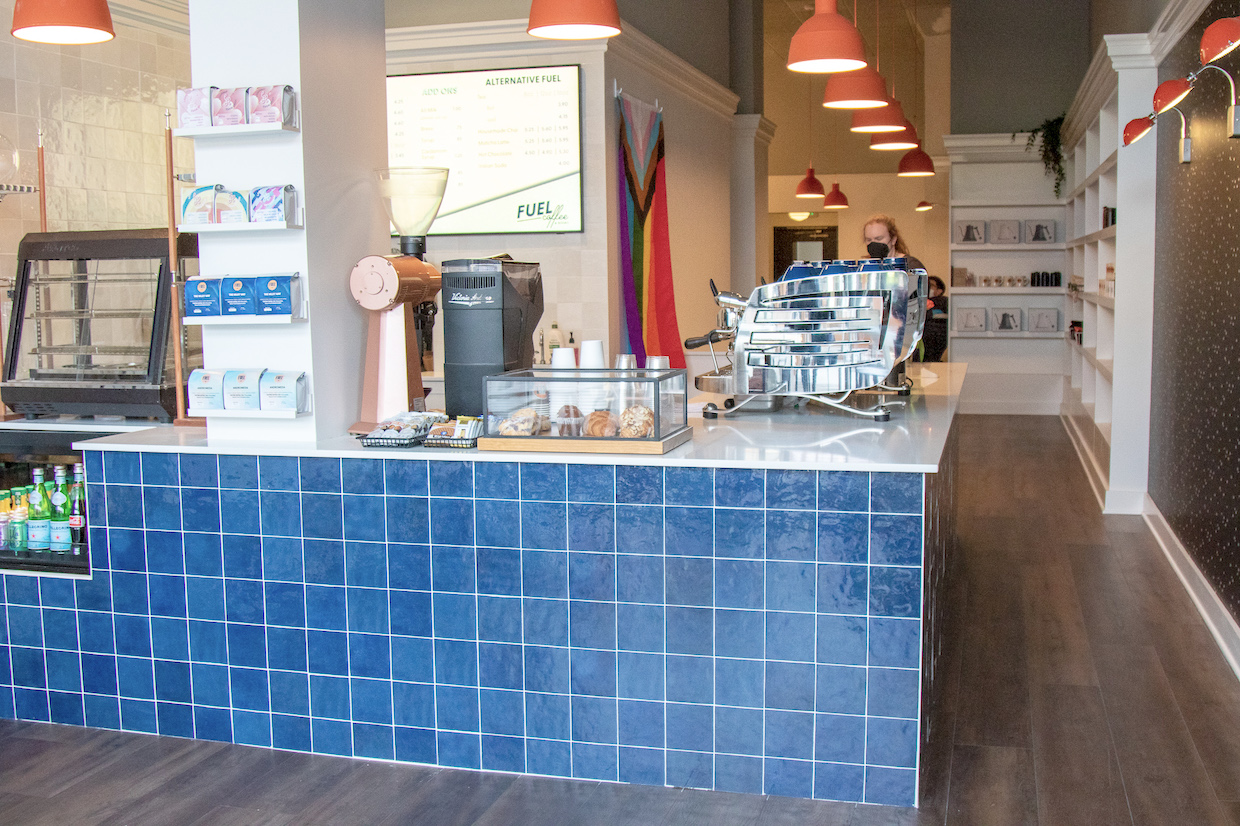 The interior overhaul to each existing Fuel shop — in Capitol Hill, Montlake and Wallingford — has included an infusion of more than 1,000 curated book titles alongside shiny new equipment for brewing hot coffee, cold brew and espresso.

“We began our remodeling project in January of 2021,” Fuel Coffee Director of Coffee Jake Deserre recently told DCN. “The goal was to completely remodel and update all three of our cafe spaces, as well as the equipment, service style and coffee served.”

For the latter, Fuel officially began production roasting last August, launching with a single espresso blend (Milky Way) and a drip coffee blend (Andromeda), each designed to capture some of the classic notes favored by longtime Fuel Coffee patrons while gently ushering in a new coffee era.

“Milky Way is our modernized version of traditional Italian espresso,” said Deserre, “while Andromeda is our version of Australian filter coffee.”

For cold brew, Fuel has outfitted its Oji cold brew towers with solenoid valves custom made by David Hulton to more precisely control the drip. They’ve called the creation the Kyotobot.

All these preparation methods are designed to offer a wide-ranging menu that caters to different interest levels without pretense. 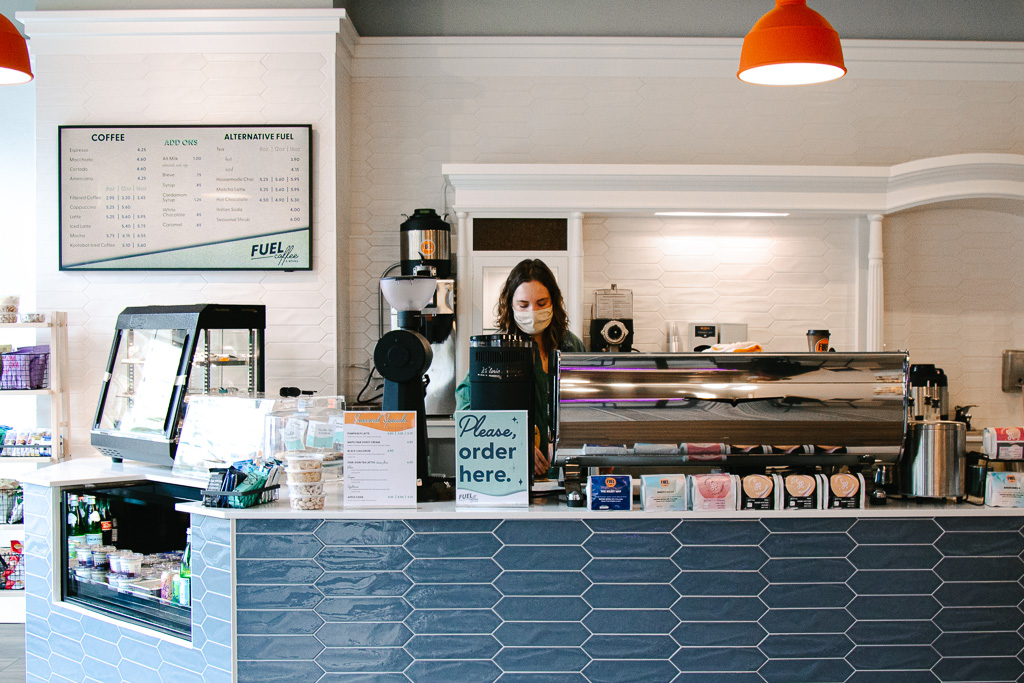 “Our goal for our service program is to create a comfortable and genuine space for our customers to enjoy their favorite beverage or try something new and experimental,” Deserre said. “Our seasonal menu changes every quarter and we as a team get to explore our creativity and create some inventive beverages.”

In addition to the cosmetic and coffee changes, the Fuel Coffee company has made a fundamental change to its employee compensation model, according to Deserre, abandoning tipping in favor of a fixed wage. Deserre said that the company did a comprehensive study on employee wages to find the true average, then bumped everyone’s hourly pay to exceed that number.

“Our baristas get to connect directly to guests in a genuine way and forge real relationships that on the whole are not [transactional],” Deserre said. “This is making our regular guests more invested in the equality our cafes create, and making each transaction more positive than it is at other cafes I have worked at in the past.”

Fuel Coffee is now open at three locations throughout Seattle. Tell our editors about your new coffee shop or roastery here.