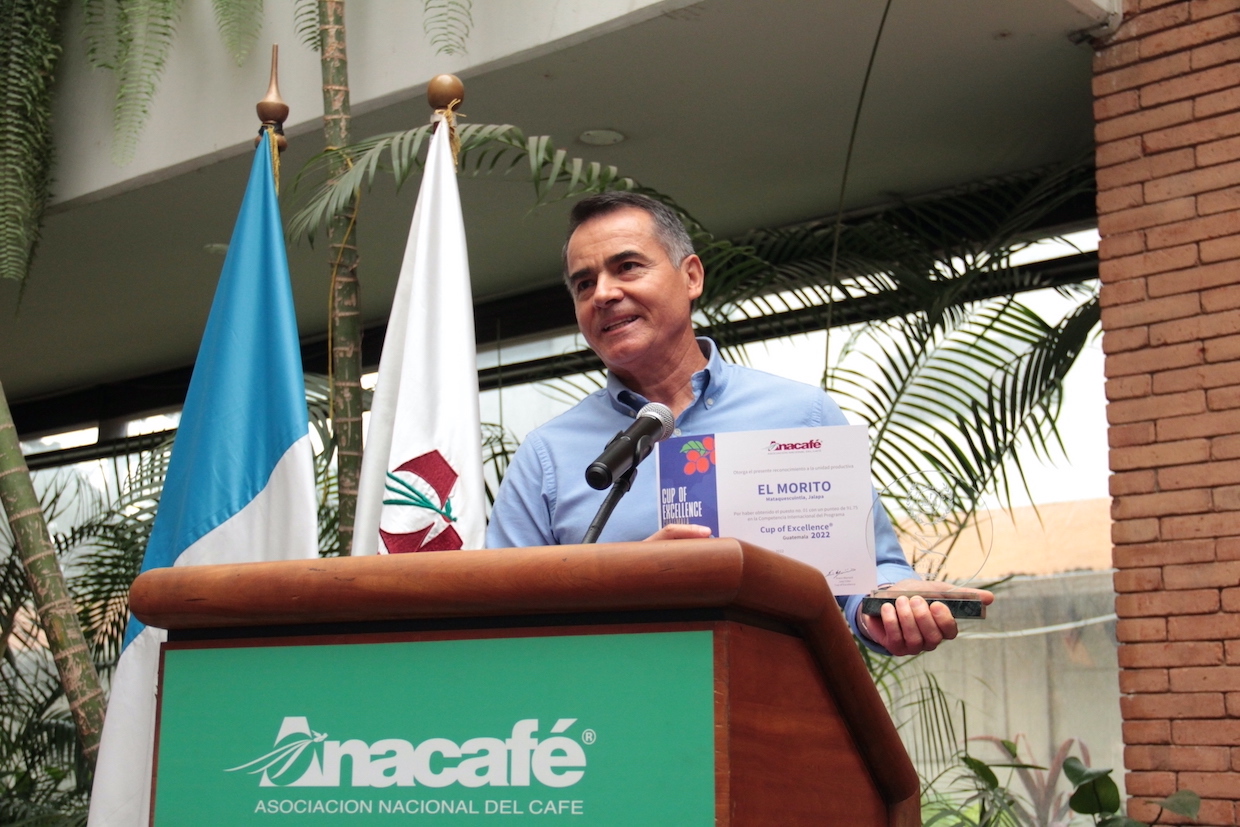 In total, 30 coffees scoring at least 87.23+ points following evaluations from national and international cuppers were identified as CoE winners and will be heading to an online auction on Tuesday, July 19. An additional five lots that scored between 85.13 and 87.02 are headed to the program’s “National Winners” auction, taking place July 13-22. 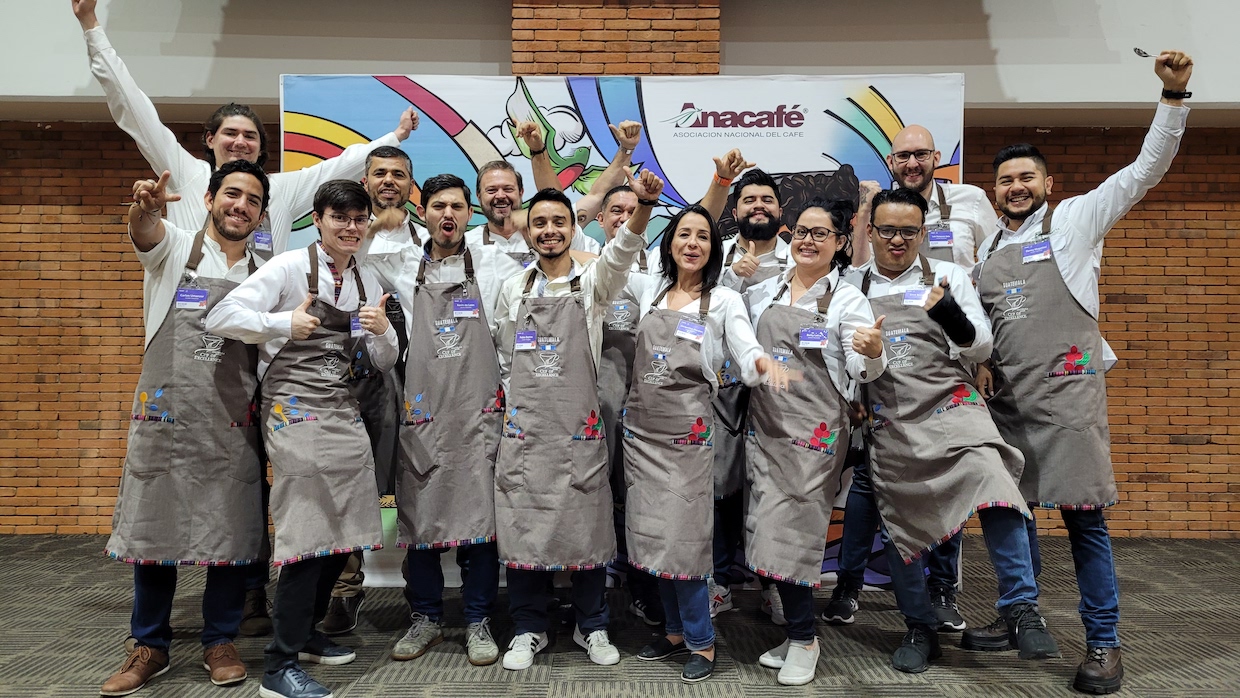 The competition was co-coordinated by the Guatemalan national coffee association Anacafé, which led the call for submissions that resulted in an initial 158 sample lots.

Nine Guatemalan coffee-growing regions ended up represented on the list of 30 winners, where the famed Gesha variety was well represented with 20 winners.

The second- and third-place coffees were also Gesha varieties hailing from Huehuetenango, produced by the Aguirre family at Finca El Injerto and by Fredy Milton Morales Merida of Finca Rosma, respectively.

“In Guatemala, we produce specialty coffees with unique characteristics, and the Cup of Excellence is a window to publicize the quality of Guatemalan coffees and encourage producers by linking them with international buyers,” Anacafé President Juan Luis Barrios said in a joint announcement from Anacafé and CoE. 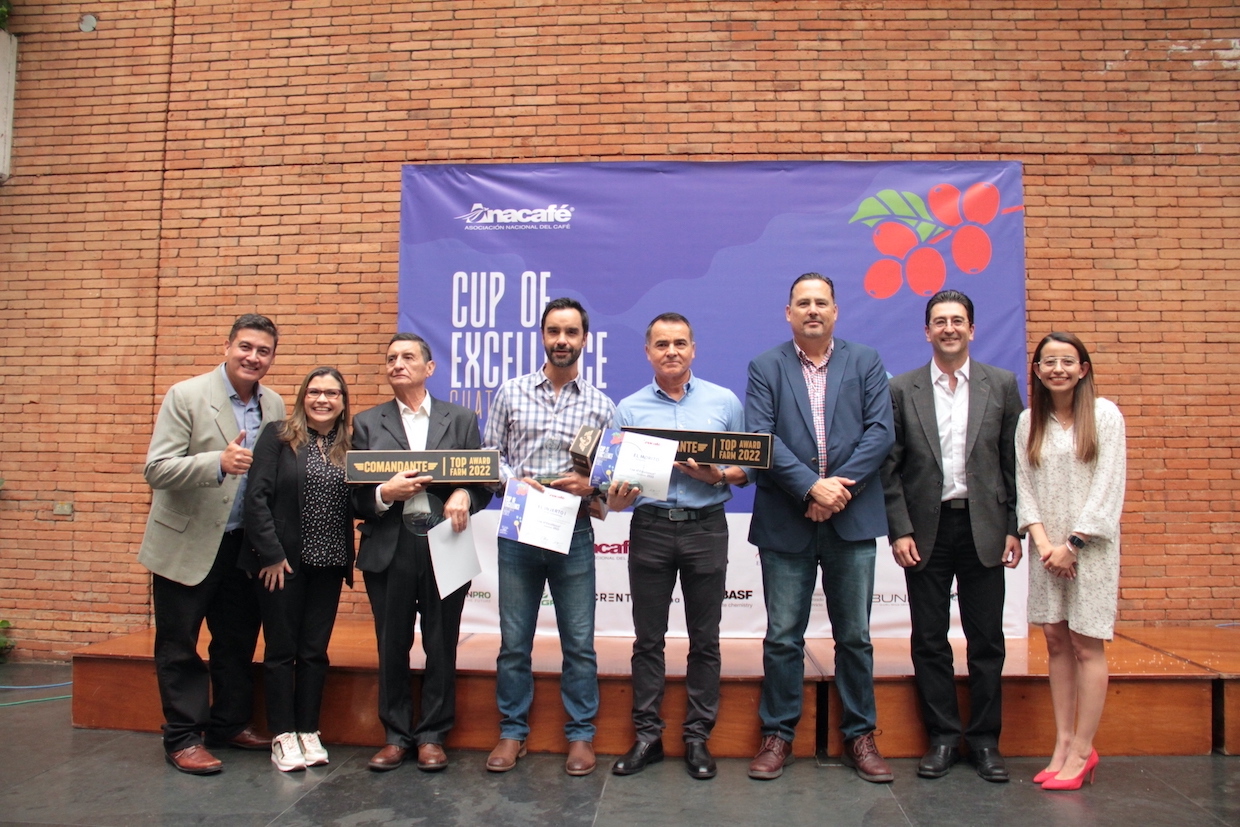 Representatives of Anacafé with winning producers.