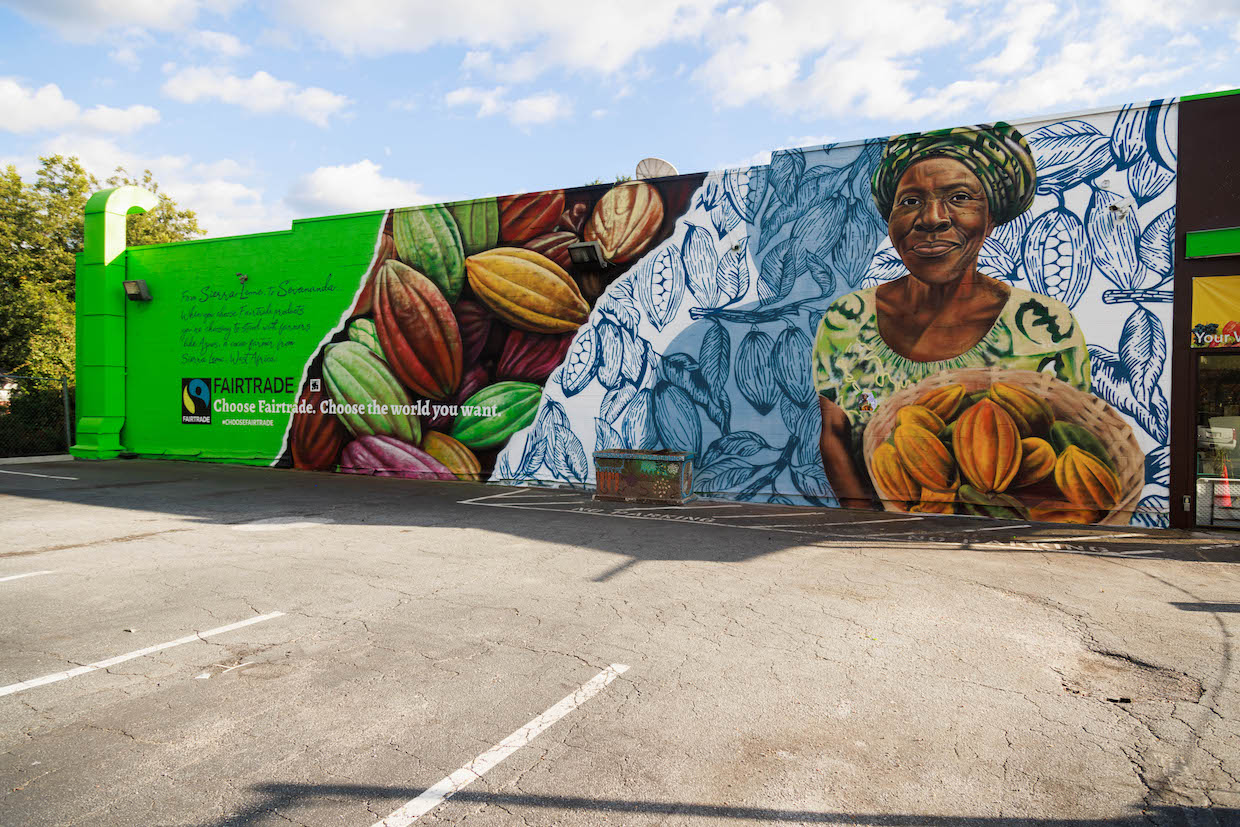 As the Specialty Coffee Association prepares to roll out its new cupping and grading protocol — expected in 2023 — the nonprofit membership association says it plans to appoint a task force to support professional coffee cuppers and graders. See the full announcement.

Kyra Kennedy, the co-founder and CEO of grinder maker Baratza is retiring. A longtime champion of the specialty coffee industry, particularly in the United States, Kennedy founded Baratza 23 years ago with business partner Kyle Anderson. The company was acquired by Breville in 2020. “It has been an amazing and rewarding journey,” Kennedy said in an announcement shared with DCN. “I am grateful to all the people that have worked with me to make Baratza the thriving, innovative, and people centric global company that it is today.  It has always been hard for me to imagine leaving Baratza, but this is the right time for me to step away.”

The National Coffee Association of the United States has named Kathryn Lawson as the chair of its Science Leadership Council (SLC), which advises the association on a range of scientific and regulatory issues surrounding coffee and caffeine. Lawson is currently the senior regulatory and scientific affairs manager at Nestlé USA.

The International Coffee Organization has issued its monthly global coffee market report, showing a 0.2% average price decrease among all coffee types from the month of August to September. The median value for September was $1.984 per pound. Find the full report here.

This week (October 10-16) marks the return of UK Coffee Week, a weeklong celebration of coffee supported by the Allegra Foundation, a nonprofit associated with the UK-based marketing and event agency the Allegra Group. Scores of UK roasters and retailers are engaging in promotional efforts, while events and sales throughout the week will benefit the nonprofit Project Waterfall. See a map of participating businesses.

Seven Seas Roasting CEO Eric Dobbs and chef Marco Maestoso recently represented the San Diego coffee company while hand-delivering a more than $10,000 donation plus medical supplies to One Love Coffee in Kyiv, Ukraine. The funds were raised through a special fundraiser blend plus sales of t-shirts in partnership with fellow San Diego company Squeegee Prints.

United States-based Dunkin’ is one of two massive coffee roasting companies (see below) to state a commitment to baseline sustainability standards for all of its coffee. The company has enlisted the nonprofit sustainability verification firm Enveritas for its sustainable coffee commitment, which promises “100% responsibly sourced coffee” by 2025.

Global food giant Nestlé said it is committing more than 1 billion Swiss francs ($1.01 Billion USD) towards a sustainability initiative in its coffee supply chain called Nescafé Plan 2030. The initiative follows a 10-year Nescafé Plan that launched in 2010. It calls for “100% sustainably sourced coffee by 2025,” while incentivizing regenerative agriculture practices among coffee farmers in the Nescafé supply chain.

The Mercury News unearthed a months-long legal battle currently unfolding between the vehemently pro-gun Black Rifle Coffee Company and one of its former investors. The latter filed suit back in May alleging stock manipulation and fraud, while Black Rifle has subsequently alleged libel. Read more. 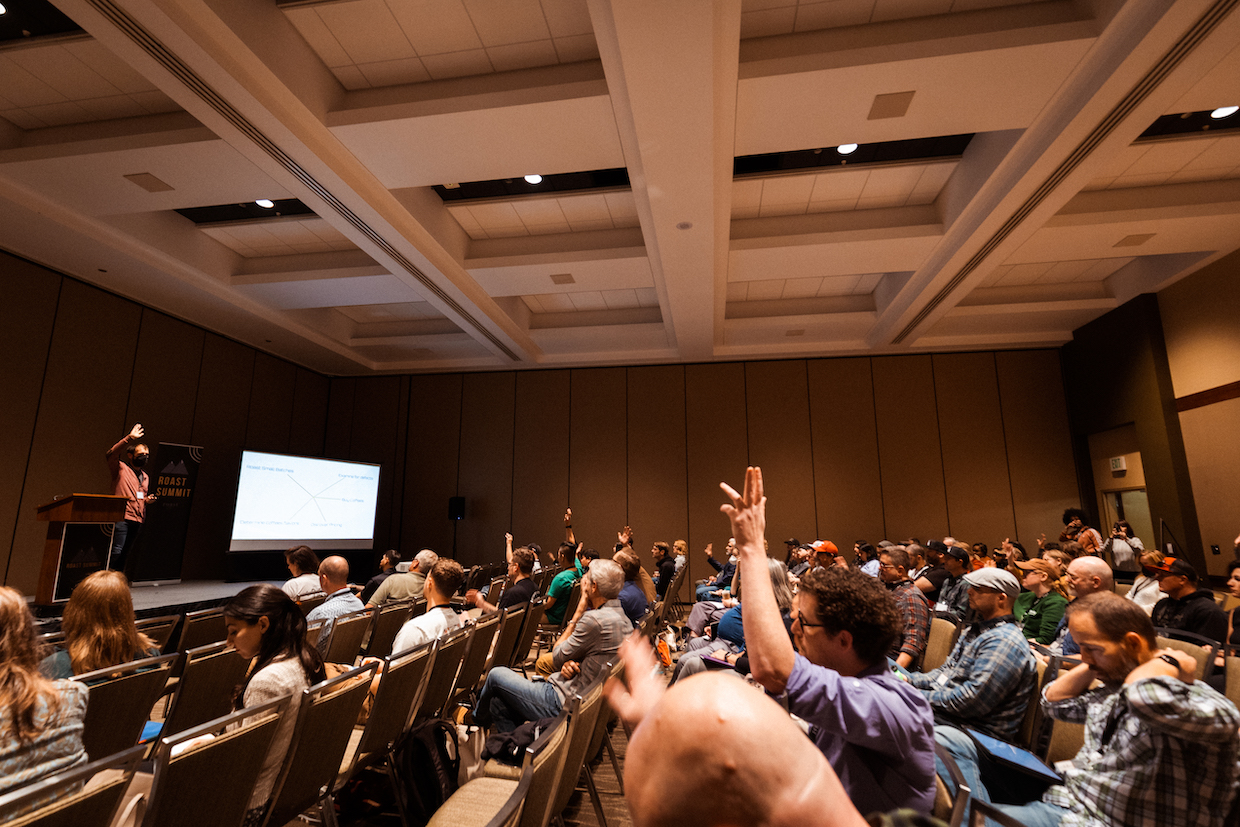 The 2022 Roast Summit at the Seattle Convention Center. Photos by Juan José Sánchez Macías for Roast.

A Look Back at the 2022 Roast Summit @ Coffee Fest PNW

Bringing together coffee professionals from around the world to learn about approaches to roasting, processing and sourcing green coffee, this was the first in-person iteration of the Roast Summit since 2019… Read more

Labor is the single largest component of most coffee farmers’ costs of production. In Latin America, for example, labor accounts for the majority of production costs… Read more

Featuring a stainless steel conical filter holder that supports a borosilicate glass column, the brewer is designed to eliminate the effect known as bypass… Read more

With Three New Bars, Discourse Coffee is the Talk of the Town in Milwaukee

The drinksmiths at Discourse Coffee in Milwaukee continue to expand the conversation surrounding coffee, with a flurry of openings over the past eight months that includes a new downtown flagship cafe… Read more