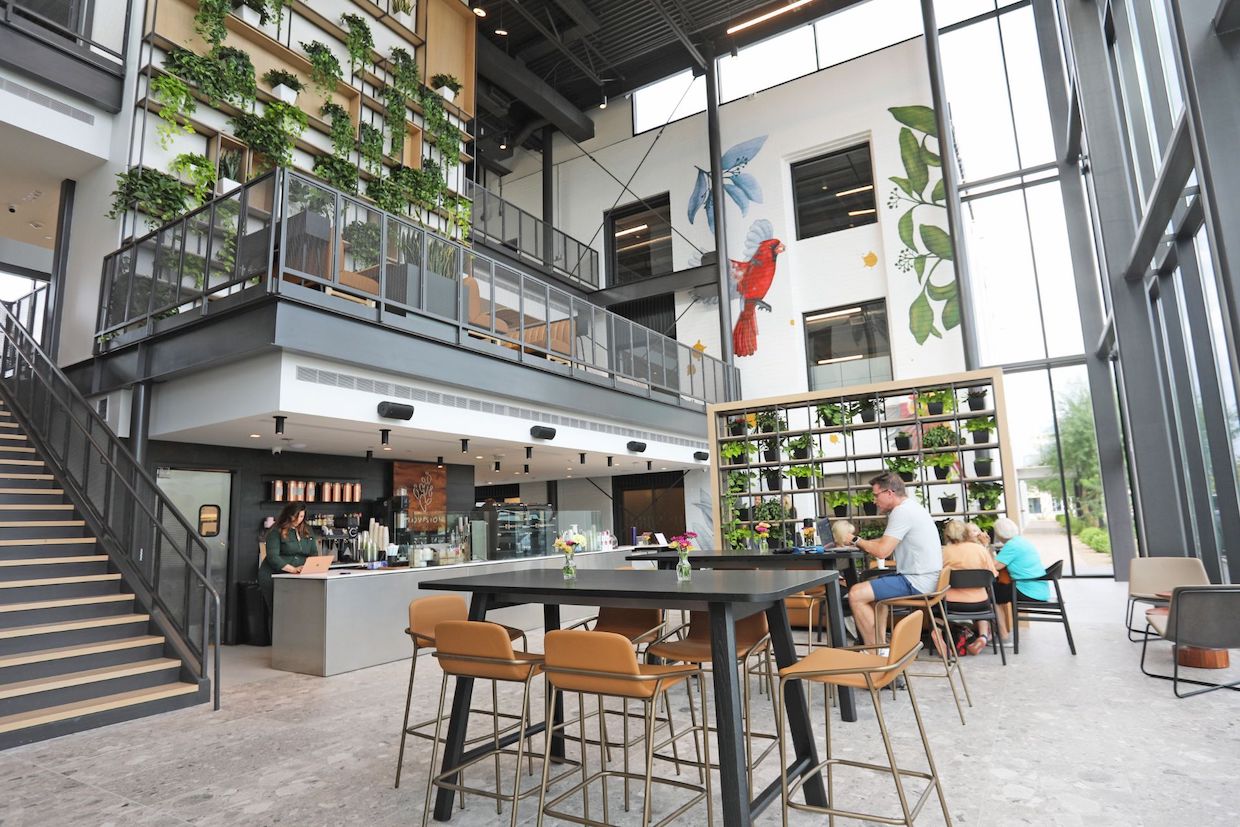 Situated at the front of a glass-enclosed structure called The Link, which binds two office buildings together in Uptown Phoenix’s 7th Street Corridor, the new Provision cafe raises the bar for creative concoctions while rising to new literal heights in interior design. 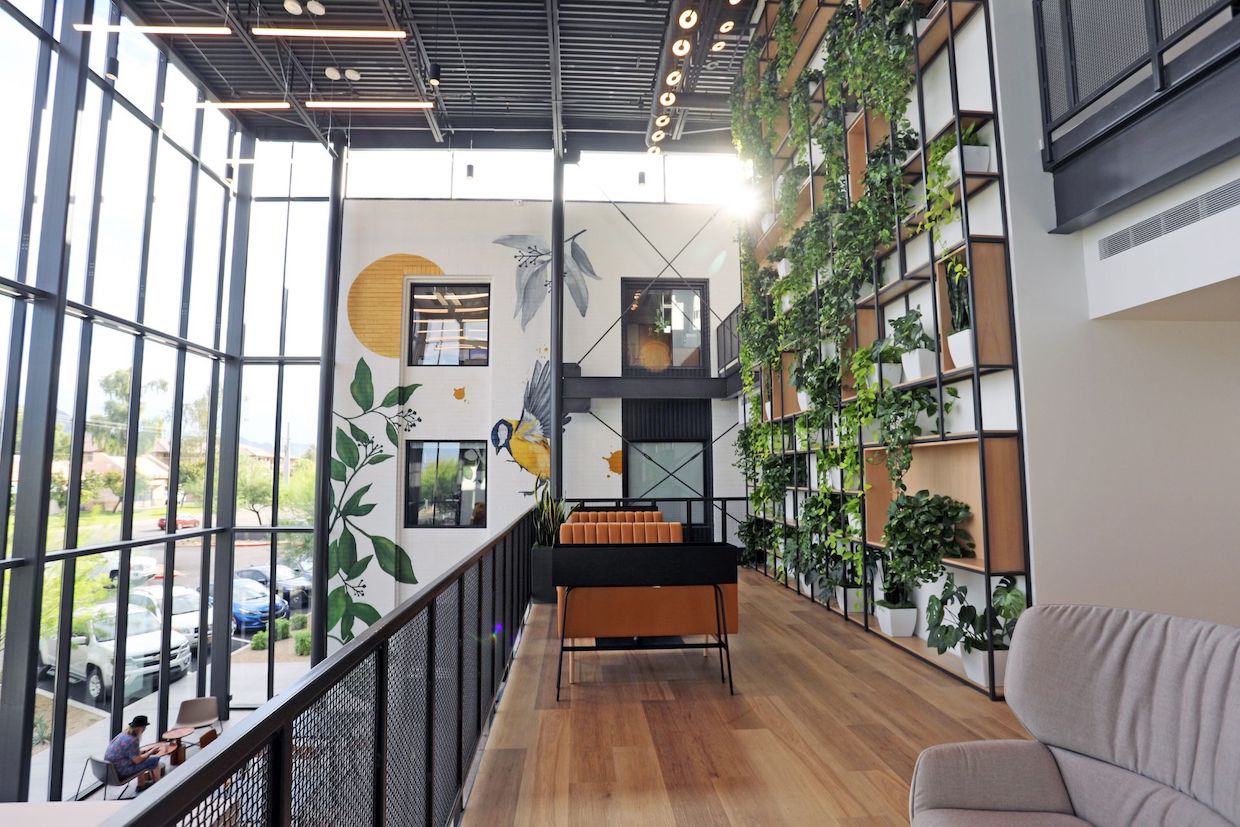 A vertical wall of plants forms an indoor canopy made even more colorful by towering murals by Phoenix-based artist Lucinda Yrene Hinojos.

“We wanted to invoke a feeling of a natural oasis in the middle of a desert and urban landscape,” Provision Coffee Co-Founder Daniel Suh told Daily Coffee News. “We typically have a minimalist aesthetic and aim to have a design that lends to a sense of clean lines, natural materials, and quality execution. We are also using an eco-friendly material made of recycled paper and resin for our cabinetry called Richlite, and of course, we use birch plywood which we are very big fans of and see a lot in our Arcadia location.” 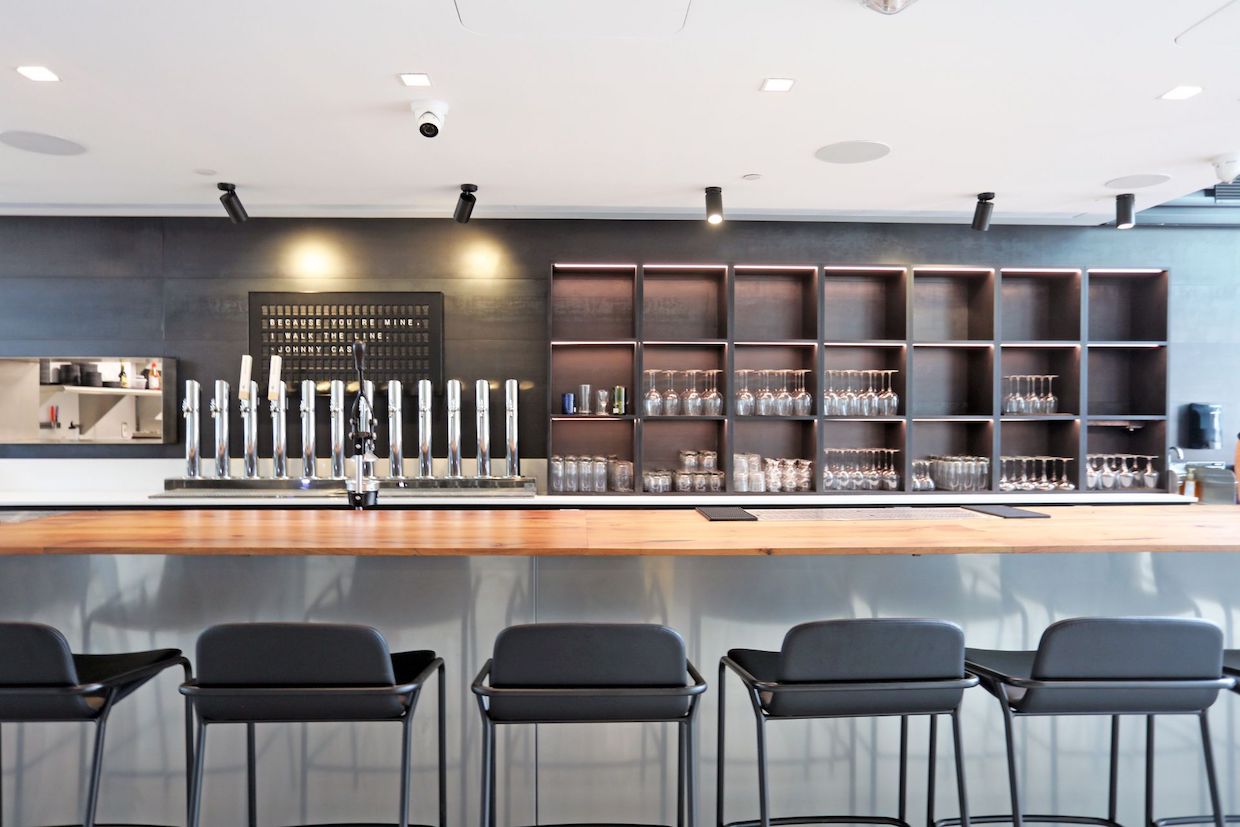 For high speed and consistency in espresso, Enigma and Shot Master super-automatic drink systems by Eversys are installed behind the new bar. A Ground Control unit brews batches of hot coffee and a Curtis Gold Cup brewer handles single-cup brews. The latter two methods are ground by a Mahlkönig Guatemala grinder.

The new shop also expands the company’s fresh breakfast and lunch offerings, with toasts and quiches in the morning giving way to pizzas and charcuterie in the afternoon and evening. 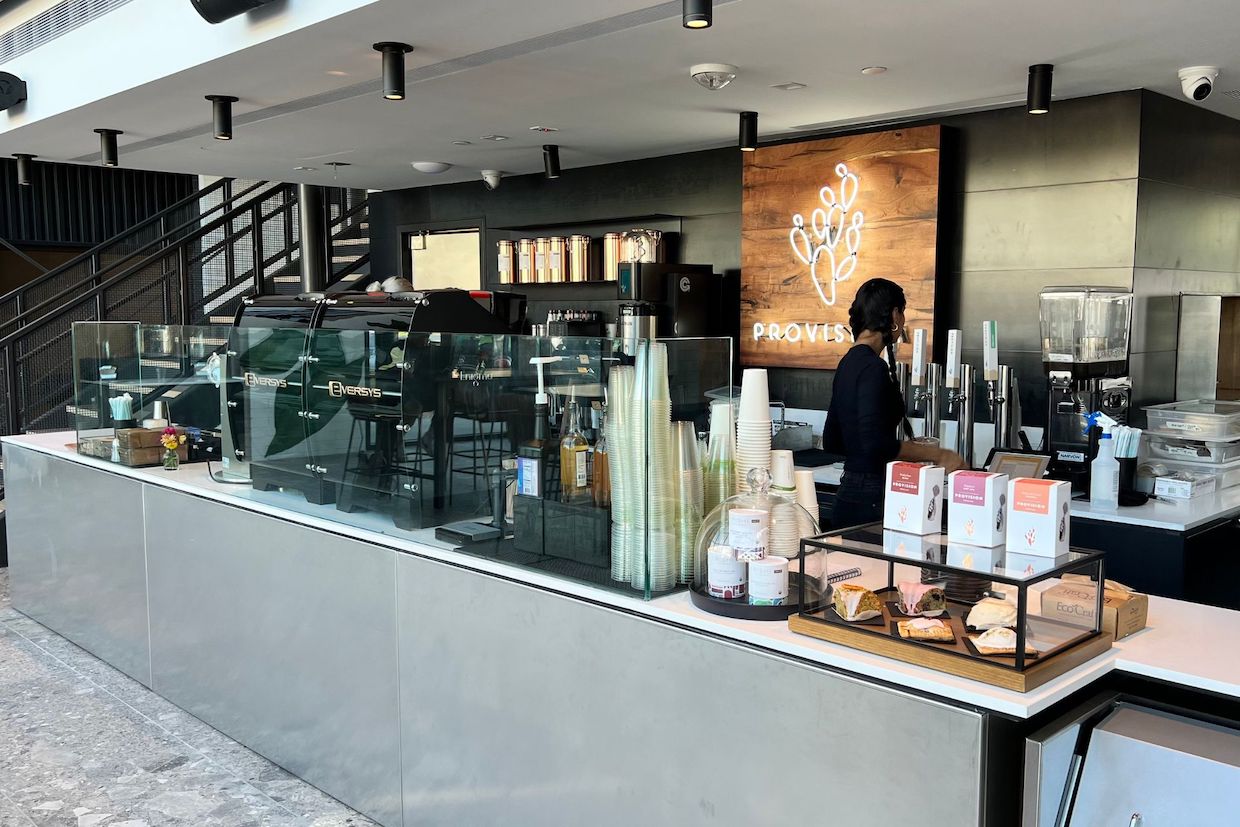 Single-origin and decaf coffees for both cafes are roasted by Provision Coffee Lead Roaster Jonathan Ortiz on a Probat L12 roaster in a warehouse in Tempe. Meanwhile, Provision’s Prickly Pear and Ponderosa blended coffees are roasted on a Loring machine at Coffee Support in Phoenix. Coffee Support provides brewing, kegging and canning of Provision’s cold brew.

For a signature drink called Casablanca, baristas combine Provision’s nitro cold brew with spiced honey, fig cinnamon and black walnut bitters before applying a dusting of Ceylon cinnamon and cardamom. Midnight Across the Bridge is a new seasonal special that features rum, orgeat, muddled mint, amaro and still cold brew dressed with a dash of chocolate bitters and a waft of aromatic tobacco smoke burned just prior to serving. 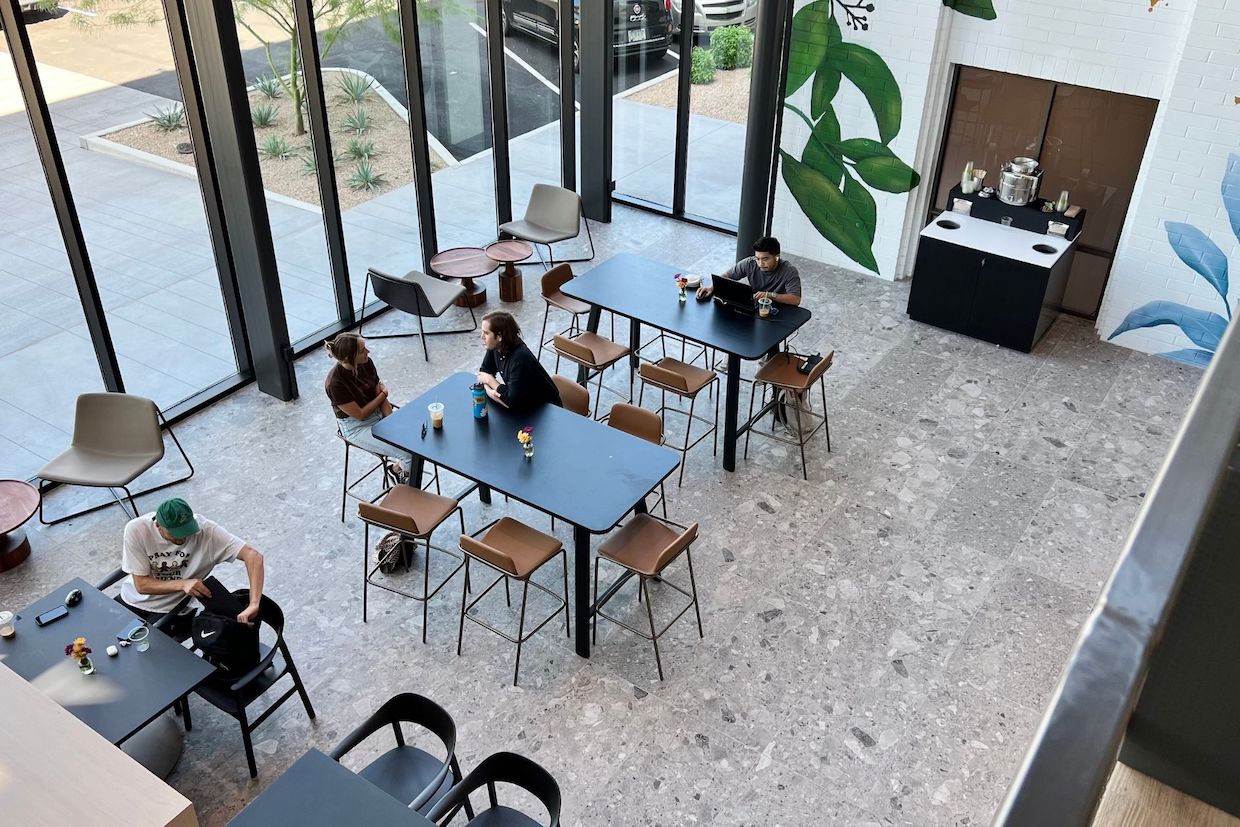 “Our signature drinks are actually all mocktails that incorporate coffee,” said Suh. “We actually just came out with a new seasonal menu that is even more coffee and cocktail
forward.”

On its website, the company reports not only where its coffees come from, but also the origins of practically every ingredient in all of its drinks and foods.

“Transparency is a very important value of the company,” said Suh. “We believe transparency goes beyond coffee sourcing and we apply it to as many aspects of the business as possible.” 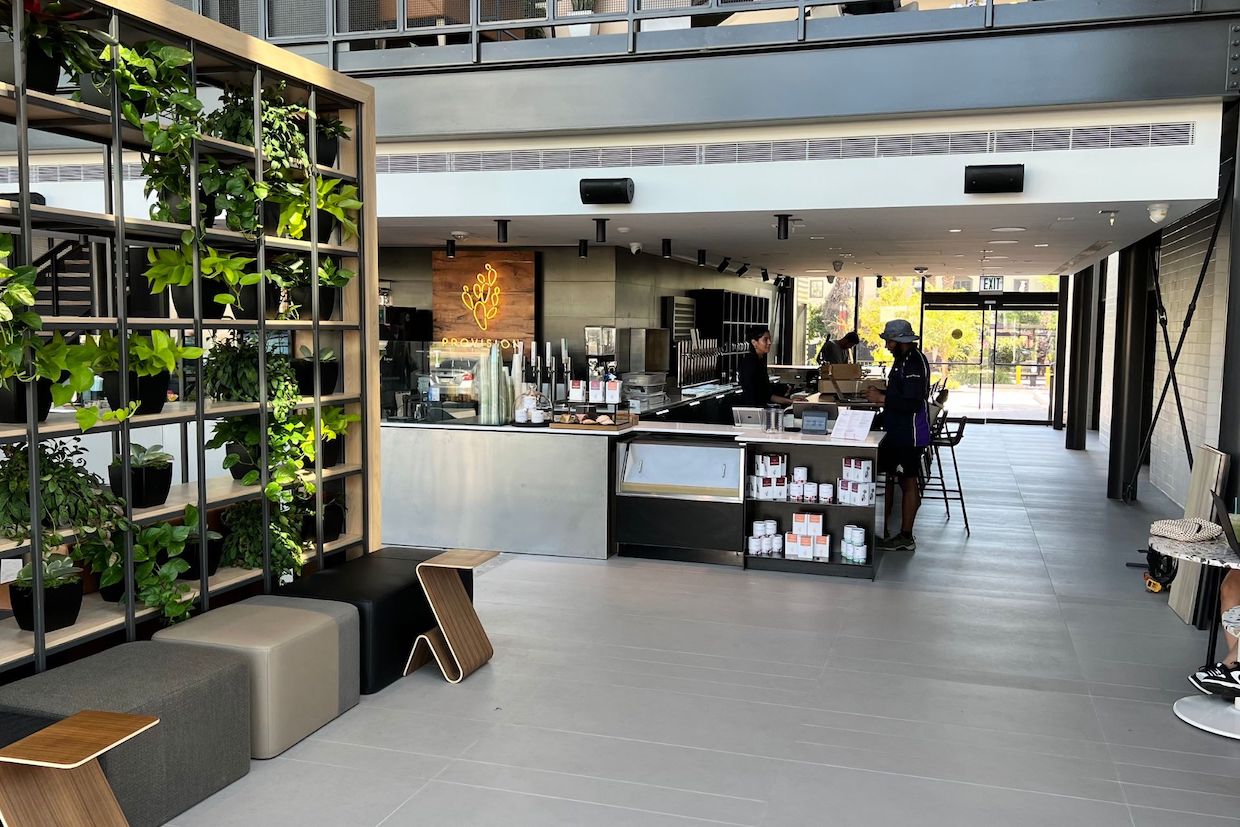 Suh said the company plans to soon transition to a more eco-friendly packaging for its retail and wholesale roasted coffees while emphasizing growth via wholesale and its e-commerce business. The team is also on the lookout for an ideal space outside of Phoenix for its third retail location.