Belleville Brûlerie’s Mihaela Iordache on a Roasting Revolution in Paris 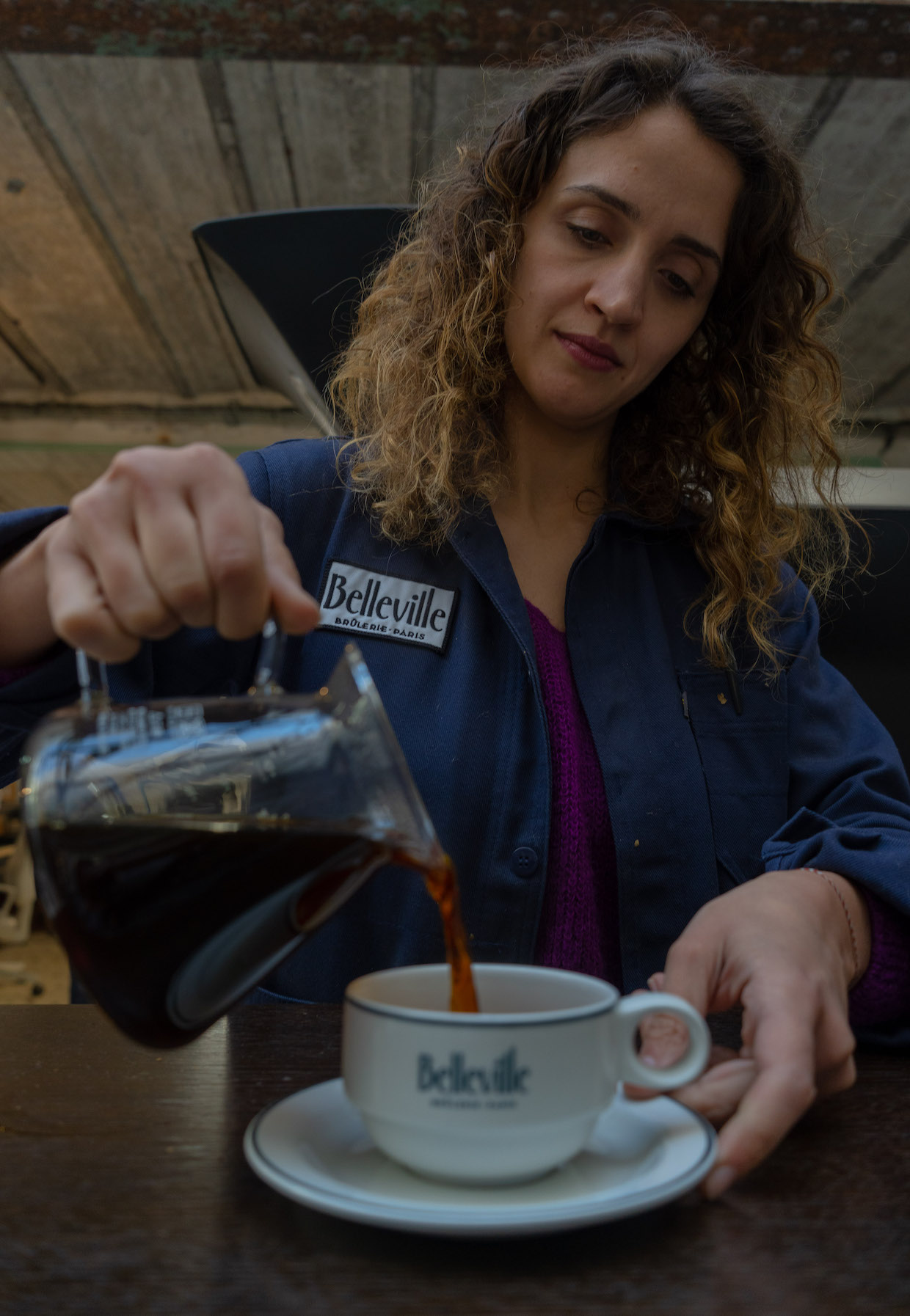 Mihaela Iordache never intended to work in coffee. She didn’t even like coffee when she moved from home country Romania to Paris, France, nearly 10 years ago.

“Prior to working in coffee, I used to hate it,” Iordach said. “It was bitter and always came with cigarettes. I just didn’t see the point.”

Then one day, in search of Wi-Fi, Iordache found herself in a specialty coffee shop. She liked the care and passion of the baristas when they explained the coffee to her and wanted to know more. She attended a cupping session at Belleville Brûlerie Roastery shortly thereafter and knew she had found a calling — both from coffee and from Belleville.

“I was spending every week trying to convince them to hire me,” Iordache said of the progressive roasting company. “They were one of the few [coffee shops] that were pro-filtered coffee from the get-go.”

Just four years after her first cupping experience, Iordache in 2019 won the Roast Masters Champion title in Milan, and today she is widely considered to be an expert in her field and one of the top roasters in Paris.

Iordache said the coffee scene in the city has changed “tremendously” since she first began, although she still perceives a clear divide between the traditional French cafe experience and the new ensemble of espresso bars that serve specialty coffee. Iordache is hopeful the coffee culture will continue to evolve as the public demands better quality. 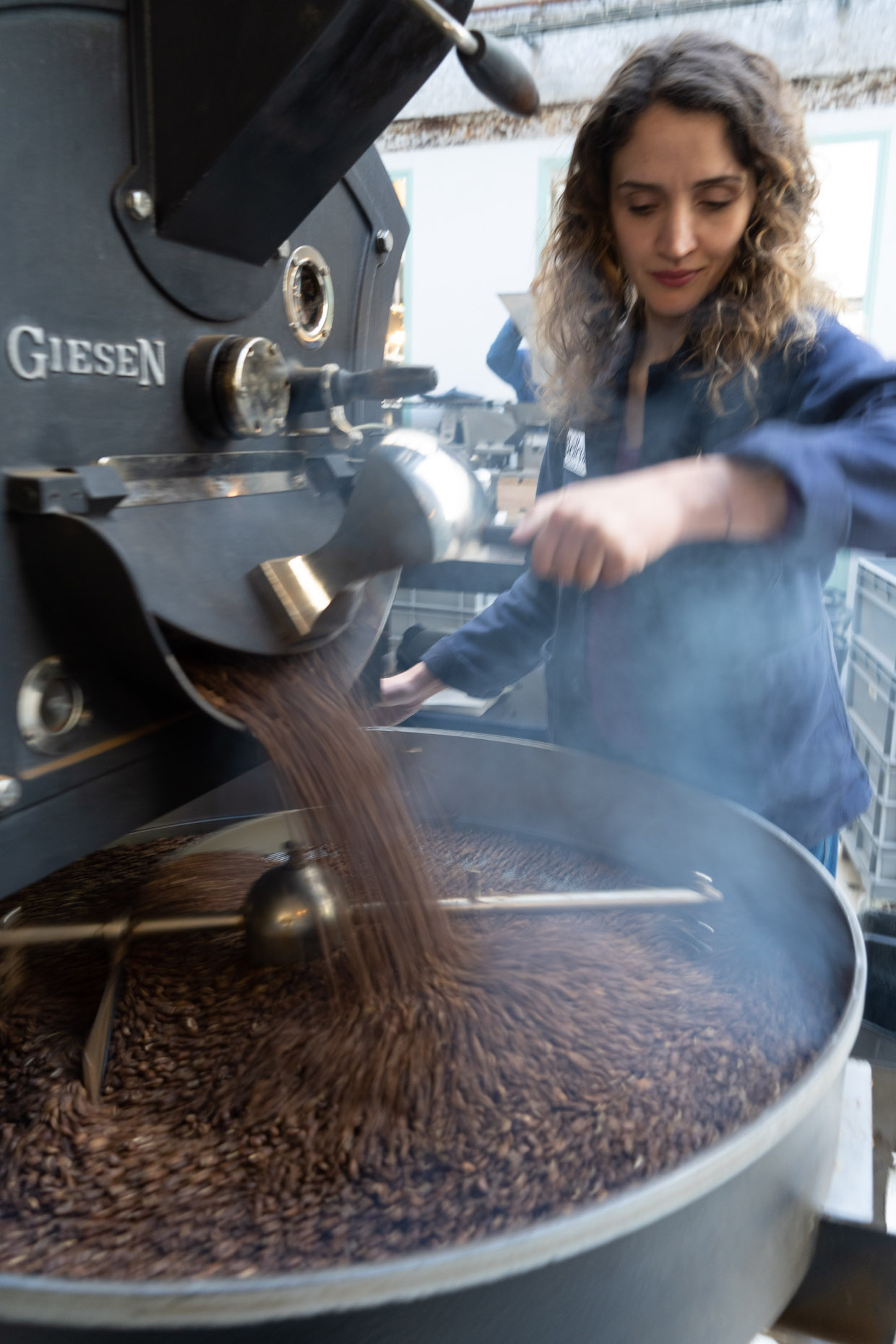 “I think people expect more, and I think that’s changing the market,” Iordache said of the post-pandemic environment. “People were spending so much time at home that they invested in good equipment, so they started having really good coffees at home. People had more time to bake bread, ferment stuff and hand brew coffee.”

Though Iordache still can’t imagine a Paris with more specialty coffee shops than traditional cafes, she’s hopeful that restaurants and bistros will also do their part in the elevation of quality coffee.

Here’s more from a recent conversation with master roaster Mihaela Iordache (note: some answers have been shortened for clarity):

Can you tell us about your coffee blending at Belleville?

We have been among the very small group of people who are bringing blends back… I see why people were initially against blends because there’s a very nice romance to having the name of the farmer, but there are many small lots that don’t make it to single-origin, so the farmers benefit when you buy several lots and use them in different ways.

We wanted to see what happens when we put very expensive coffees in a blend, with the idea of creating another taste instead of just blending them together. We started with six names and then we wrote six stories, though in a few instances, we had the story and then the name.

One of the blends we created we called ‘Mistral’ because it’s inspired by the winds that are strong in the south of France. The idea was to recreate this feeling of freshness, summer, and breeze. The blend has bright acidity, some sweetness — it’s sunny and should work well with iced coffee. It should be the kind of coffee that sells well in the summer.

We spend about three years combining coffee to see what sort of combinations would bring the story to life. It’s the same way they do cognac. We visited master cognac blenders — that’s what inspired this.

It’s the only creative part of coffee. I realize people say roasting is so artistic, but it’s more of a craft. I’m in service to this coffee. There’s nothing I can add that’s not there. With blends, I can.

What’s your favorite part about roasting?

Roasting is very meditative. It’s the same [as] when I was practicing the guitar, because you’re by yourself, paying attention to this instrument that changes based on external factors, and you have to recreate the same thing over and over. It’s really nice.

Probably my favorite part when I started working in coffee was the taste, and people were just some necessary thing in the background; but now, I work with the same coffees and with the same people year after year…

The coffee that made me fall in love with coffee, I’ve been working with it for eight years now. I just went to visit [the producers in Antigua, Guatemala], and it was incredible being able to take a picture of the bag and doing the first roast.

You’ve mentioned that as a roaster, you’re in service to green coffee. Can you explain this?

I don’t think we speak enough about how important green coffee is. There’s this notion of coffee being noir, like it’s black gold, but it’s green gold. I cannot create flavors. I can only develop what’s there. I do nothing with the potential of the coffee.

I think it’s very easy to feel like you’re the center of your universe, but then at the end of the day, you are just part of 60 to 70 people working in the chain. It’s nice to be one part of a very big chain. When you have a coffee that’s really excellent, it’s a little bit of a miracle because it’s had so many people who had to be paid to work on it. The fact that you’ve been served a very nice coffee in a nice ambiance. It’s really special.

Yes, blends do indeed can have a solid place in the higher end of coffee. I’ve often had a few coffees on hand, none spectacular, seems each one is “missing something”, and I cannot find that “something” in changing the roast. I will eventually realise that one coffee is strong in this aspect, the next strong in a different part, and perhaps another one or two, same tning. Imagine how those strengths can be blended together in perfect balance.
One producer I worked with some years back had multiple properties in the region, grew some of the best borbón coffees I’ve had. One year they just seemed “off”, one dimensional, lacked balance and complexity. Thinking they’d just market them as generics and take a loss, they began to pay close attention to several of them. Each had a strong flavour component, out of balance with the rest. They thought hm, this one is strong here, that one in this other part, and began blending them together once roasted so the strengths of each lot complemented the weaknesses of the others. They ended up on a specific blend from three farms that was truly memorable. They pre-blended, as they all did well on a very similar roast profile. This turned out to be an exceptional coffee, but since they could not ask the price of a premium single origin . I certainly did not object. That was a great find.
Both single lot and blends have their place. The trick is knowing when to do what. I love it when I have several fine lots all roasted at the same time. I can play, one cup at a time. Some are worthy of writing down the blend…….