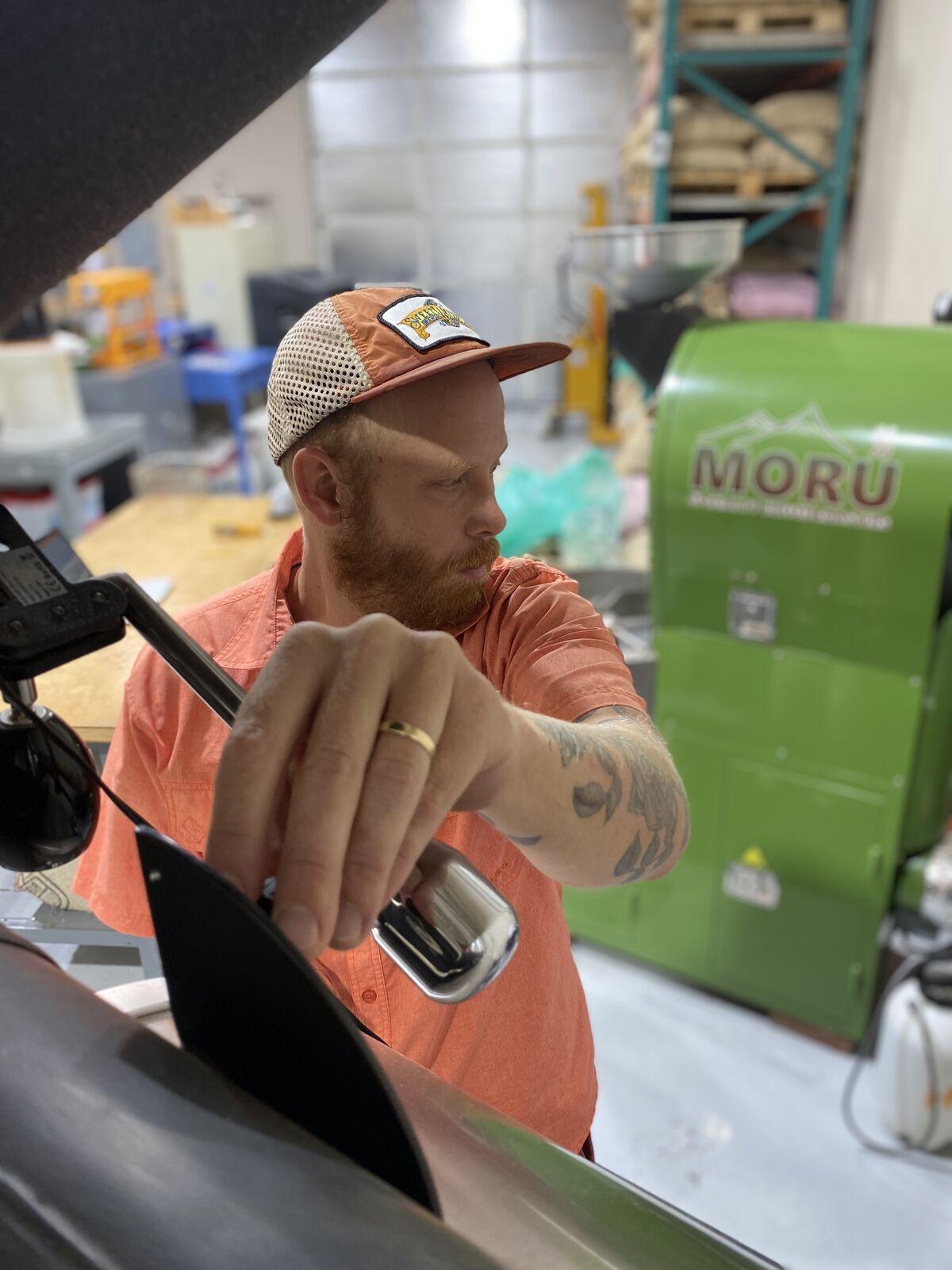 With deep experience in the worlds of specialty coffee and craft beer, a new Denver-area company called Color Drop Coffee is offering bright new takes on sourcing, roasting and blending.

“I was thinking of how I first learned to roast coffee… dropping [it] into the cooling tray based on color once the minimum time and temperature were met,” Color Drop Co-Founder Erich Rosenberg told DCN of the company’s name.

The new outfit’s other founder is Steve Kurowski, who comes to coffee with years of experience in the Colorado craft beer scene.

Beyond the name, Color Drop is the newest venture in Rosenberg’s decades-long coffee career, which has included six years as head roaster for Denver’s Novo Coffee, and more recently a stint as green coffee trader for Denver-based Unravel Coffee Merchants.

Rosenberg said a period in the education and quality-assurance department for import company Atlantic Specialty Coffee was particularly impactful on his coffee appreciation.

“Doing that kind of work [for Atlantic] you often find yourself roasting and tasting 100-150 different coffees a week, getting exposed to coffee from all over the world,” said Rosenberg. “This is where our philosophy of ‘a place for every coffee, and a coffee for every place’ comes from.” 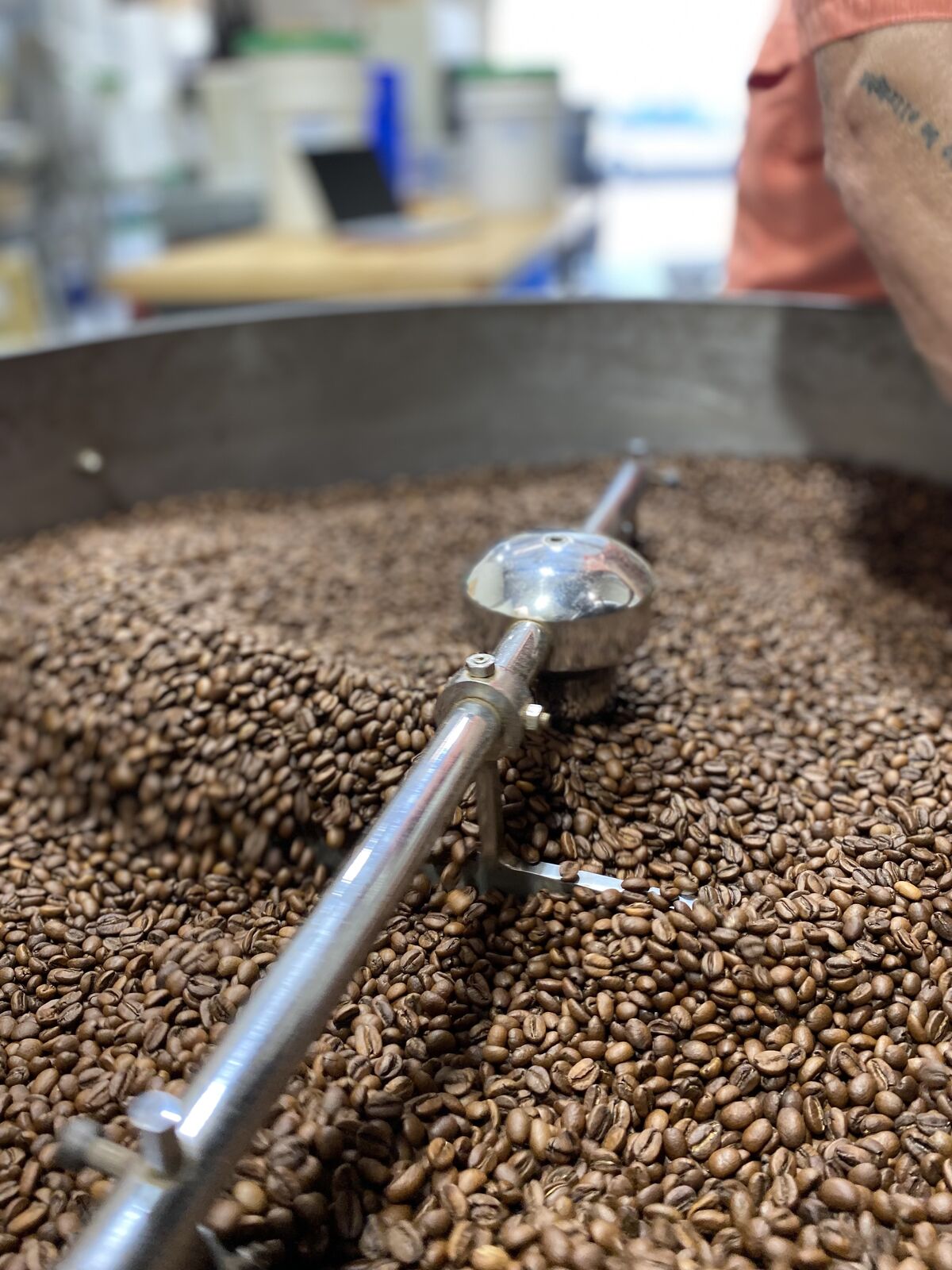 In green coffee sourcing, Rosenberg said he is seeking blend components first and foremost, while potentially presenting some of those coffees as single-origins.

He also hopes to leverage his roasting and blending experience to maximize the positive qualities in beans that may not be the highest scorers, yet may represent an important piece of producers’ annual incomes.

“The long term big idea is to pre-purchase all quality levels from a producer, year over year,” said Rosenberg. “First we’ll have to build up enough volume, then identify the right partner on the producer end that meets quality and quantity needs, and then just go for it with the one producer and learn our lessons.”

“I am always inspired most by the business who made decisions based on what they loved and believed in the most, and not solely on the bottom line. We want Color Drop Coffee to have a similar ethos,” Kurowski told DCN. “So far the response has been extremely positive. People have been ringing my phone to talk about ideas and opportunities and that is so validating as a young company.” 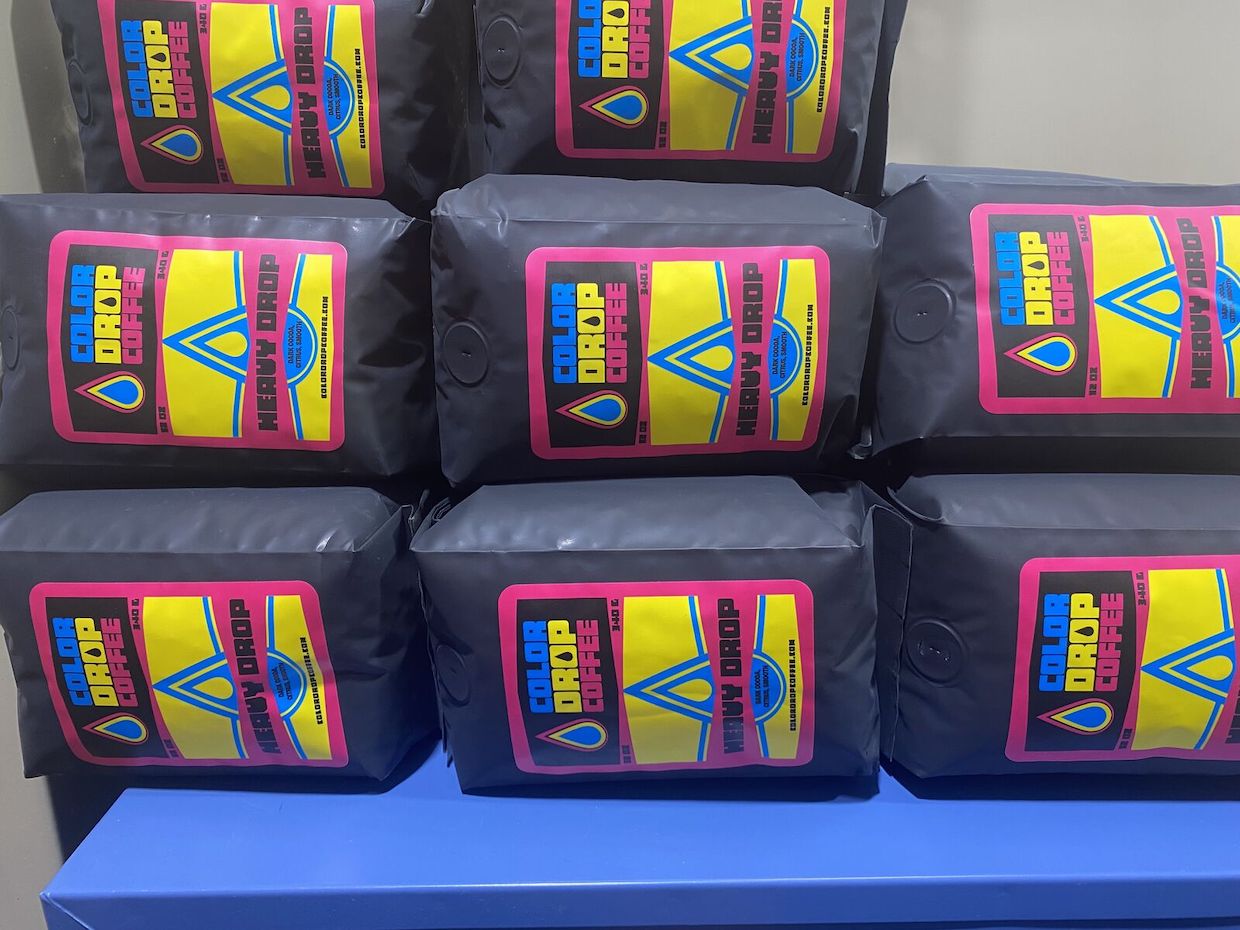 While coffees for Color Drop are currently on the higher-end of the specialty coffee spectrum, Color Drop plans to engage heavily in private-label roasting, in part to expand its sourcing capacity.

“I know a lot of people like coffee that I don’t, and I think that’s pretty rad,” said Rosenberg. “I’ll roast it and sell it to them under someone else’s brand, and hopefully we will be able to leverage these accounts for the non-specialty quality coffees to meet our goal.”

Rosenberg said he was originally inspired to pursue the sourcing model by brands such as Naked Wines and Passenger Coffee-based offshoot, Necessary Coffee, each of which in their own way has strived to guarantee income to producers through pre-purchasing.

For Color Drop, Rosenberg profiles beans on his Diedrich IR7N machine prior to production roasting on Joper BSR 15 machine at the Denver co-roasting facility Roaster Share.

Behind high-contrast colored stickers, three blends of Color Drop Coffee have thus far dropped: the Light Drop; the Heavy Drop; and the and Decaf Drop. The first two feature the same washed-process Guatemalan and natural-process Ethiopian coffees combined in different ratios and roasted to different degrees. The decaf is an E.A. Sugarcane process Colombian coffee. All coffees have been sourced through Genuine Origin. 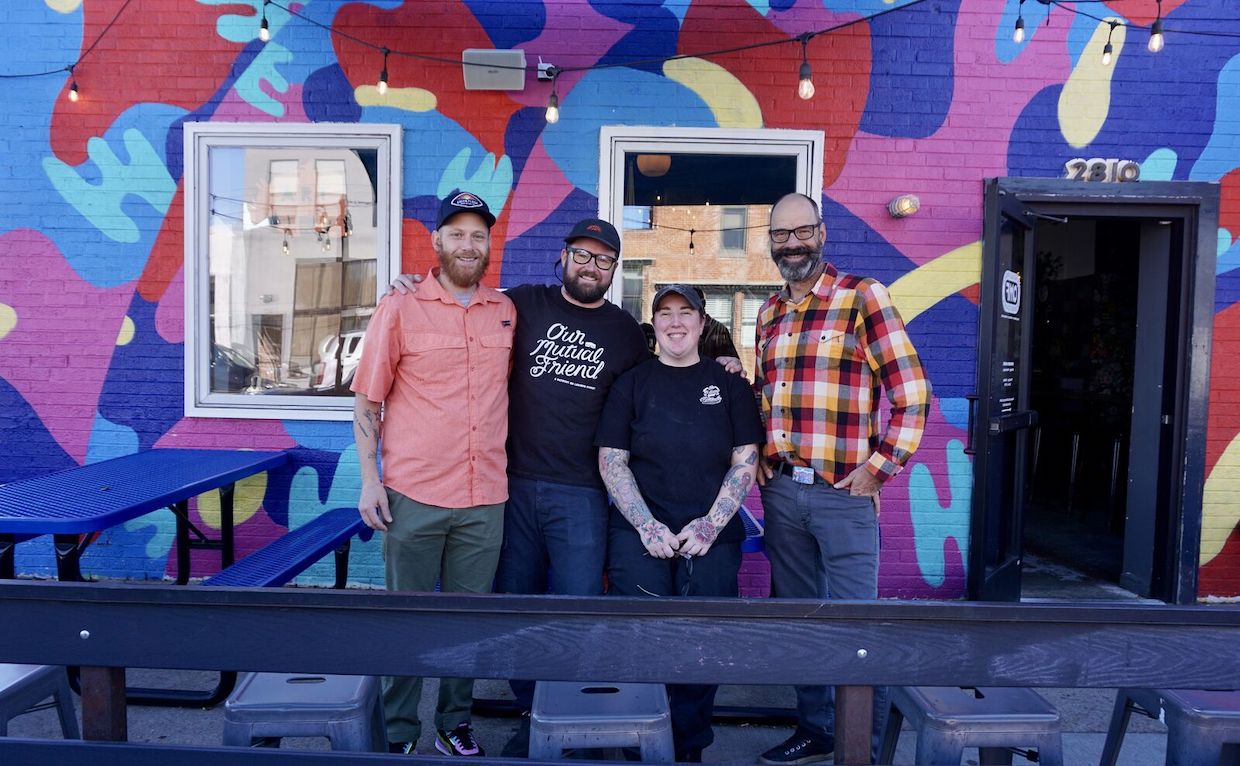 A shifting seasonal/holiday blend called Glitter Drop is in the works, as are single-origin offerings. The company has also collaborated with Our Mutual Friend Brewing for a release called Boundary Beyond, featuring an Imperial coffee stout and the dark roast coffee that was used to make it.

“My philosophy has evolved from solely ‘stay out of the way and let the producer shine’ to also [include] ‘How many different ways does this taste good?,’ or ‘What can we do with this?,’ or ‘What can I put this with where the sums will be greater than the parts?'” said Rosenberg. “I think I’ve finally roasted enough to the point where I can add value, and have also learned enough to know I’ll always be learning. It’s a great place to be.”