Pret A Manger Plans US Expansion in Southern California and NYC 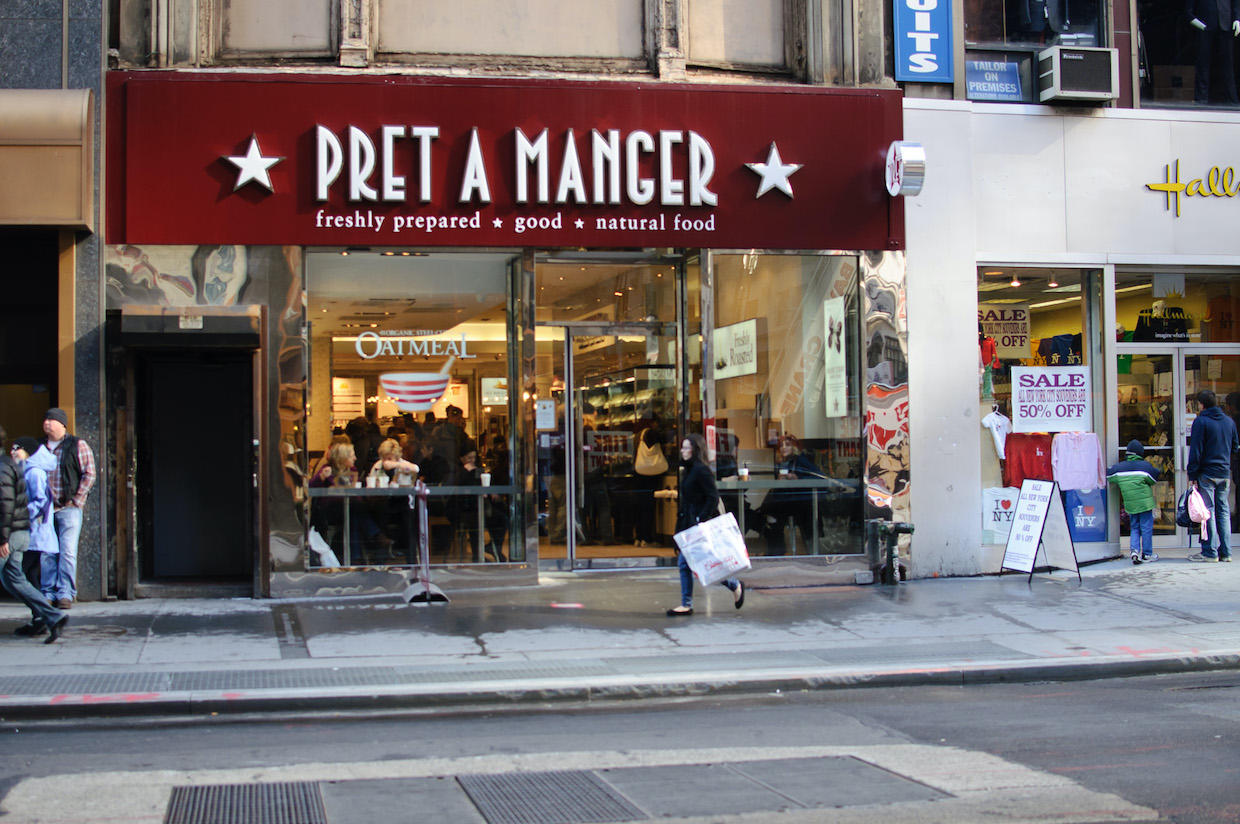 “Pret a Manger” by InSapphoWeTrust is licensed under CC BY-SA 2.0.

UK-based coffee and sandwich chain Pret A Manger will soon be boosting its presence in the United States through a new franchise deal with the restaurant ownership and operations firm Dallas Holdings.

The partnership will bring a network of new Pret locations to Southern California, as well as a location in New York City’s Hudson Yards neighborhood. There are currently 64 U.S. locations of Pret A Manger, 49 of which are in the New York City metropolitan market.

The deal between Pret’s North American business unit and Dallas Holdings’ U.S. office follows an existing franchise partnership between the UK branches of the two companies.

“We’re very excited to be expanding into California next year with the help of Dallas Holdings,” Pret A Manger North America President Jorrie Bruffett said in an announcement this week. “We’ve been seeing steady growth week over week as customers and businesses continue to return to the office. This shift has aided in our recovery efforts and even our coffee orders have now surpassed pre-pandemic levels. We believe this is the right time to identify new partners to help us enter new markets where we know there is a demand for Pret.”

The company, which announced last year that franchising was to become a key part of its global growth strategy, serves only organic-certified coffees.