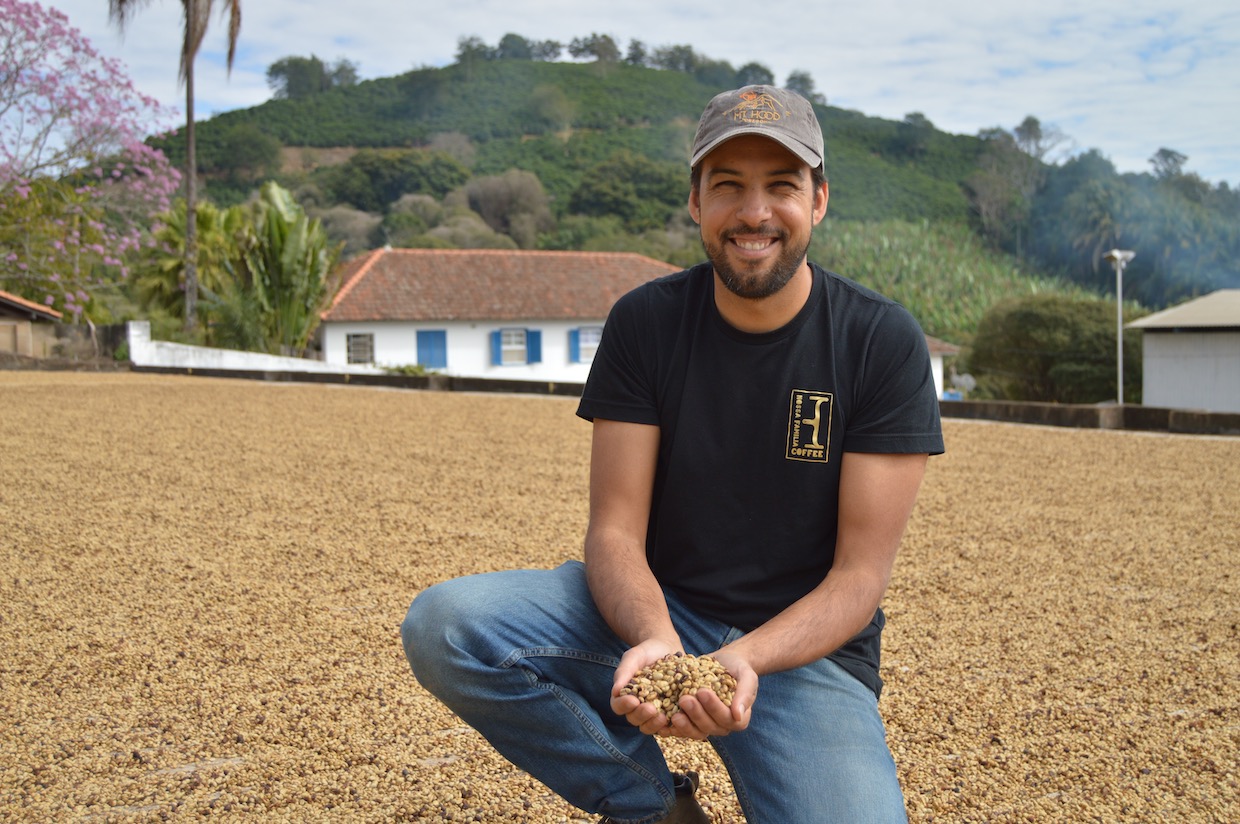 The move completes a coffee circle for Brazilian-born Nossa Familia Founder Augusto Carneiro, whose extended family continues its fifth generation of ownership and operations of coffee farms in Brazil from which Nossa Familia continues to source coffee.

“I grew up in Brazil, [and] my family has been in coffee farming since the 1890s,” Carneiro told Daily Coffee News. “I’ve always had it in the back of my mind that as a Brazilian company in the U.S., we ought to have a presence in Brazil, in my home country.”

Rafael Godoy at the roastery in Brazil.

“Throughout the years we’ve been getting to know [Godoy], and he was looking for the next phase of his coffee career,” said Carneiro. “We started talking about the potential of having him be the guy on the ground that would help us launch Nossa Familia in Brazil, and help Nossa Familia go back to our origin, if you will.”

Since its founding in 2004, Nossa Familia has expanded to several cafe locations around Portland, plus one in Los Angeles that closed during the pandemic. In São Paulo the company is renting time on the Brazilian-made 15-kilo Atilla roaster owned by Sao Paolo-based Brazuca Coffee (Instagram). 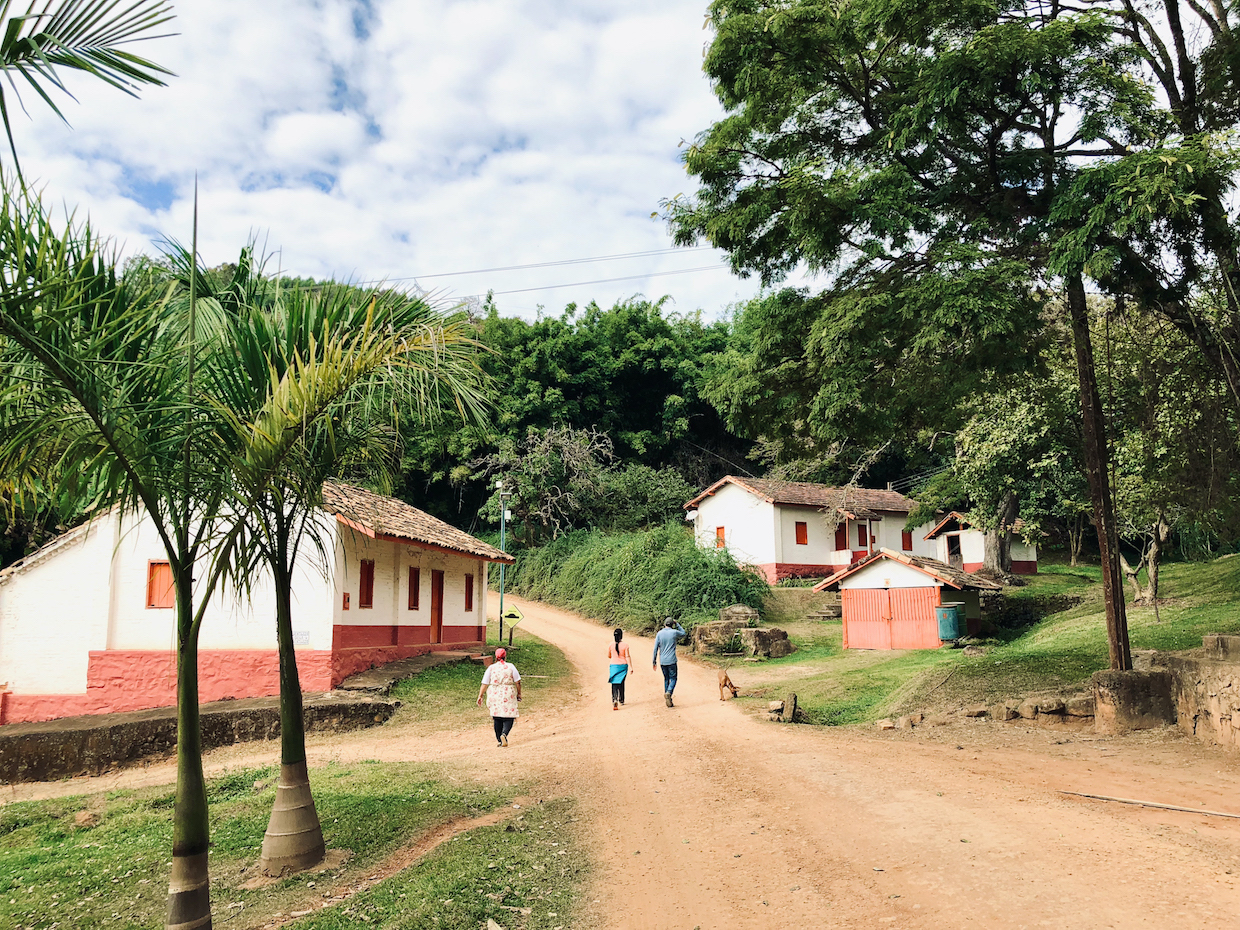 A view from Fazenda Santa Alina in Brazil.

Along with roasting the full range of Nossa coffees produced by farms in Brazil, Godoy will be curating a new line of high-end Brazilian microlot coffees. Some of those microlots will eventually be made available to customers in the U.S., depending on lot sizes. Yet because Brazil prohibits the import of green coffee grown outside of Brazil, Nossa Familia’s Central American and African coffees will not be available for the Brazilian market.

Carneiro said that there will also be some distinction between the overlapping offerings as well, though only extremely astute palettes are likely to notice.

“We’re not aiming to replicate. We’re not a huge company that likes to say that our coffee is gonna taste the same all over the world,” said Carneiro. “It should taste very similar, and I think if you’re somebody in Brazil who buys our Italian roast there and you come to Portland, it’s going to be just as enjoyable. But if you’re a Q Grader, you could probably point out differences. It’s probably a slightly different lot. It’s stored differently. It’s roasted in different roasters.”

On the administrative side, Carneiro said the expansion into Brazil has felt less alienating than his experience starting the company in the U.S.

“I did college here [in the U.S.], and I established a friend group and relationships. I met my wife. I didn’t feel much like an immigrant when I graduated college and I was working as an engineer,” said Carneiro. “But looking now at when I started in Brazil, I’m realizing how much of an immigrant I was and how little of a network I had here in Portland. In Brazil, having this huge family network of people that I can turn to for information and advice was not something that I found when I started the business here in Portland.” 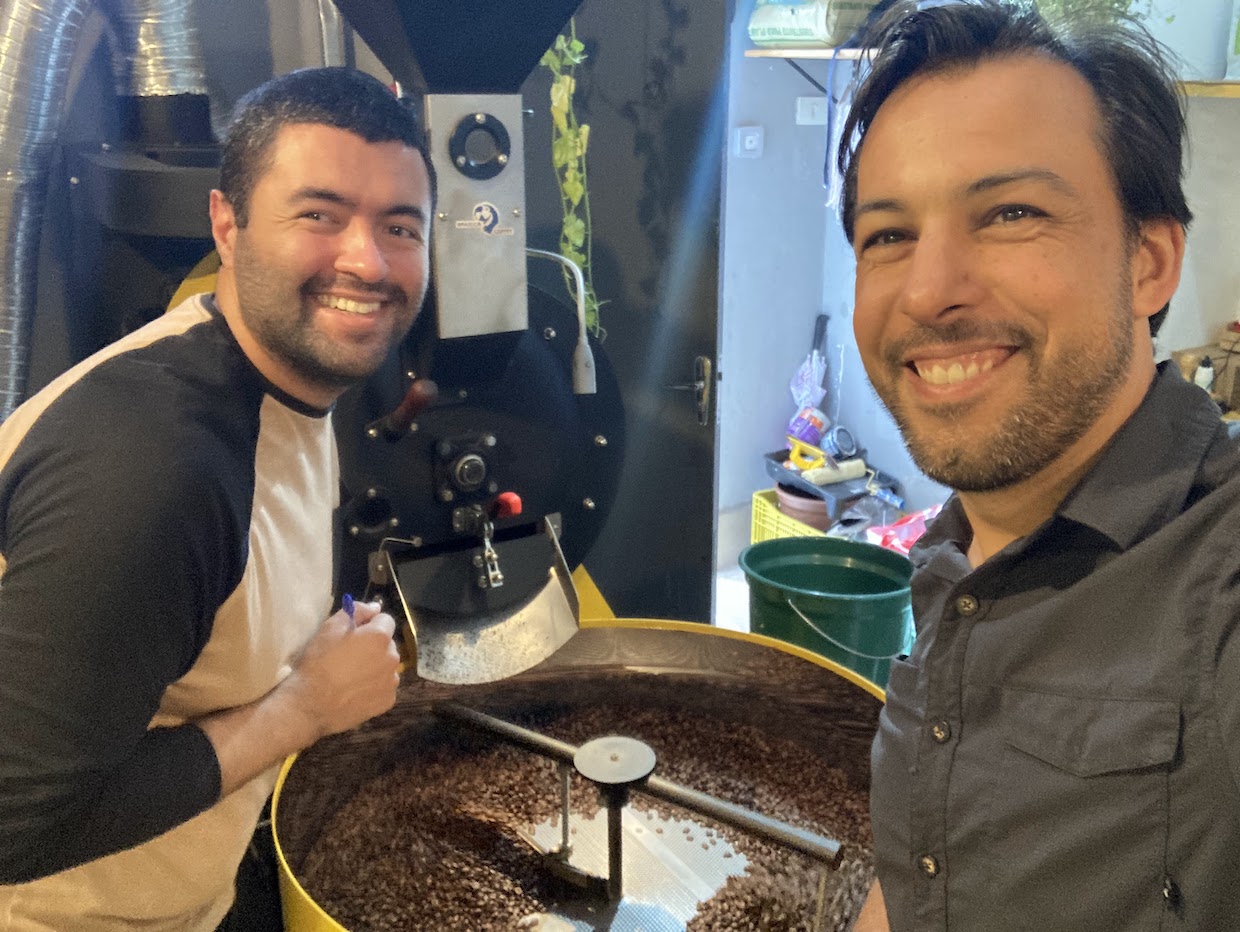 Carneiro said Nossa Familia Brazil will approach growth gradually, starting off with e-commerce via its Brazilian website and retail coffee subscriptions shipped directly to domestic consumers while accepting a small number of quality-oriented wholesale accounts. Additional plans in the short term include a barista training facility.

“One of the best and most disheartening pieces of advice I got early on as an entrepreneur was that it always takes longer and costs more than you think,” said Carneiro. “There’s no shortcut, and so we’re in it for the long run. We’re not doing this because we think we can make a quick buck in Brazil. We’re not going to Brazil because it’s the easy thing to do. It’s probably one of the hardest things that we could be doing right now, but it’s worth it. I’m excited to invest in the country that I’m from.”

Don’t let the bcorp cert fool you. Nossa is already known for paying their workers well under a liveable wage and now they are expanding this to Brazil? One can only see how the play book is going to further line the pockets of a wealthy brazilian family with more cash. By taking advantage of even cheaper production labor and distributing back to the US and giving it a folksy and “ethical” spin. Gross.