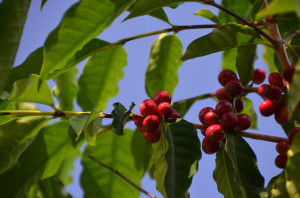 Investigations conducted by the division’s Honolulu District Office in 2012 resulted in more than $63,000 in back wages for 150 workers and the assessment of more than $42,000 in civil money penalties. Also as a result of the investigation, the labor department has been working with the Kona Coffee Council, which has agreed to promote labor law compliance among its membership and has established a code of conduct.

“We have found widespread labor violations among Hawaii’s investigated coffee farms and farm labor contractors. While we are pleased to have recovered back wages for a substantial number of workers, we will continue our effort to promote awareness and improve compliance in this industry,” Terence Trotter, director of the division’s Honolulu District Office, said in an announcement of the investigation. “We applaud the Kona Coffee Council for its commitment to protecting farm workers and for promoting responsible employment practices among its members. The council’s code of conduct serves as a model for other agricultural industries in Hawaii and nationwide.”

This is quite disturbing. Young people shouldn’t be working like that. It is clearly a violation of the labor code. People who are responsible should be apprehended and fined accordingly.

Being a Kona coffee farmer I know what’s behind the media hype. We’ve had pickers in the past who bring their kids to the farm when they (adult pickers) come to pick. The kids sometimes (though we ask them not to) wonder around and pick off beans while playing. It’s not breaking child labor laws. They weren’t hired to pick. The kids just have nothing better to do but play around the farm. Their parents don’t always have them in school and they obviously can’t pay a sitter. It’s a risk for us to even allow the kids to come to work with their parents or maybe be we’ll be called on by the authorities for breaking the law. We now have a policy not to allow kids to come to work with their parents. We don’t have the time to watch them all day if they pick a bean and we are responsible to pay penalties for breaking child labor laws.

Scary! I hope this is all resolved quickly. Despite the high cost of kona coffee I buy it because it supports local American jobs. This has given me cause to think…