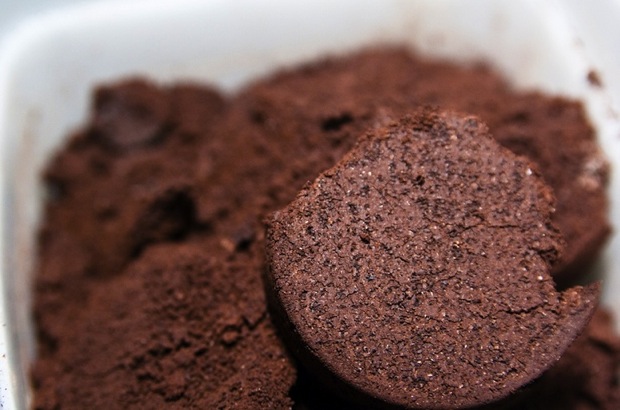 Researchers in Portugal have created an 80 proof spirit from used coffee grounds. A team from the Institute for Biotechnology and Bioengineering (IBB) at the University of Minho in Braga created the novelty spirit after collecting and drying used coffee grounds from a Portugese coffee roastery.

Then they heated the powder in water at 163°C for 45 minutes, separated out the liquid, and added sugar. Next, the team mixed in yeast cells, let the concoction ferment, and concentrated the sample to get a higher alcohol content.

The result? A largely non-caffeinated that seems to just meet the threshold for human consumption:

To evaluate the product, eight trained taste testers were brought in and rated the intensity of different smells and flavors in the alcohol. The judges described the drink as smelling like coffee and tasting bitter and pungent. Researchers noted that the taste could be improved with age and concluded that the quality was good enough for consumption.

Of course, researchers have long sought for solutions to the question of what to do with used coffee grounds, from making plastic to landfill diversion through composting, or making socks. Should some form of a coffee ground spirit take off, we hope it has a catchier name than the one given to the Portuguese study, to be published next month in LWT – Food Science and Technology: “Production, chemical characterization, and sensory profile of a novel spirit elaborated from spent coffee ground.”