Capital for a Cause: A New Kind of Crowd-Funding Project from Ohio’s Crimson Cup 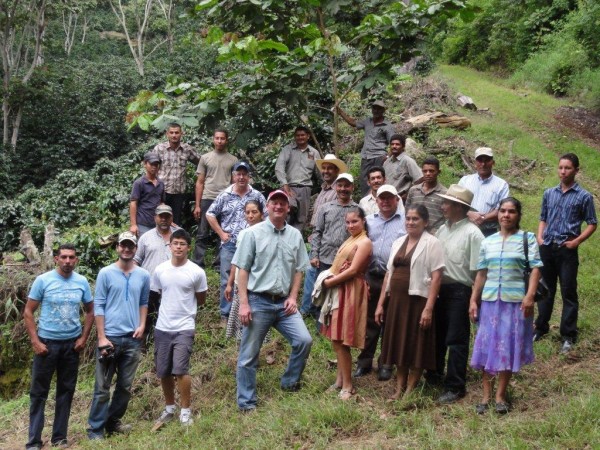 Crimson Cup and workers at the El Socorro farm.

By nature, crowd-funding campaigns through platforms like Kickstarter and Indiegogo are self-serving, typically providing a way for small startups to raise some modest capital.

A new one from Columbus, Ohio-based coffee roastery and retail consultancy Crimson Cup Coffee and Tea is no exception, except for the fact that the money is going to the source: the company is hoping to raise $4,800 on Indiegogo to pay for a part-time English instructor for two years in the one-room schoolhouse in the Honduran village El Socorro de la Penita.

Fewer than 5 percent of students in the village receive education beyond sixth grade, and Crimson Cup says the campaign came about after developing relationships with local community leaders. n addition to the Indiegogo campaign, Crimson Cup is matching up to $1,500 for every $1 donor who shares the hash tag #F2FGive on social media platforms Facebook, Twitter, LinkedIn and Instagram, up to $1,500 total.

“As coffee roasters, it’s important for us to protect the integrity of the bean from seed to cup,” says Crimson Cup founder and president Greg Ubert. “This requires honoring the work of small-plot coffee farmers and ensuring that they receive their fair share of the proceeds from the world’s largest cash crop.”

The Indiegogo campaign is an extension of Crimson Cup’s direct trade Friend2Farmer program, in which the company has already purchased desks, textbooks and other education supplies for the farming village schoolhouse.

To be clear, more U.S. coffee companies than can be named here are doing similar work in helping improve farming communities, but we’ve not seen the concept materialized through this kind of crowd funding, and it’s a refreshing change of pace from oddly conceived coffee gadgets or failed retail concepts.

What a great idea! Good luck guys. Coop’s behind ya 110 percent!