This Week in Kickstarter: The 6″x6″ Acaia Scale 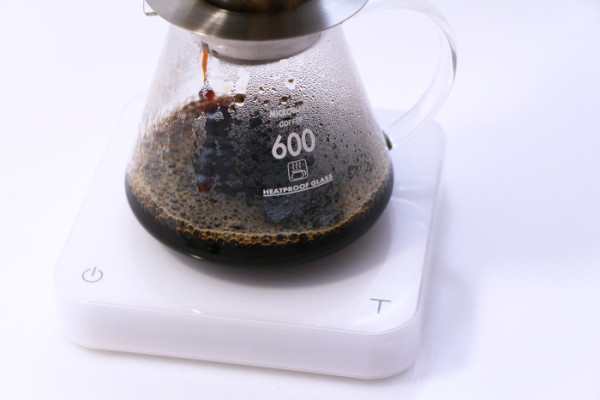 Most coffee projects on crowd-funding platforms like Kickstarter and Indiegogo tend to be opportunistic home brewing gadgets that have little or no value compared to existing products, or they make highly tenuous claims related to coffee quality.

But every now and again a project comes along that may be worth a second look — or, dare we say it, an investment — from home brewers or even commercial coffee professionals. Case in point is the Acaia (pronounced “ah-kigh-ah”) scale, a Kickstarter project launched three days ago by engineer Fujiki Takao.

Immediately apparent is its aesthetic simplicity (prototypes look dangerously similar to some Apple products), as well as the small footprint of the scale. The 6″x6″ pressure plate, Fujiki Takao suggests, is “large enough to hold most coffee brewing equipment like the french presses, dripper, espresso grinders and the chemex.”

The Acaia also includes responsive buttons on the corner of the scale, rather than mechanical buttons, preventing coffee, dirt and water from getting in through the top surface. In place of plastic feet, the Acaia makes surface contact with a single silicone pad, which Fujiki Takao says eliminates the problem of uneven foot wear. (Is this really a problem?).

Additional features of the scale include an extended on-off switch mechanism, which takes into account the length of the bloom, and there is an ounce/grams switch, allowing users to choose their method of measurement. Notably, Fujiki Takao claims that the scale can measure in 0.1 gram increments.

To top it all off, Fujiki Takao has developed an app for the Acaia that he says can help busy baristas keep track of their brews while running other errands. The app’s current functionality includes: 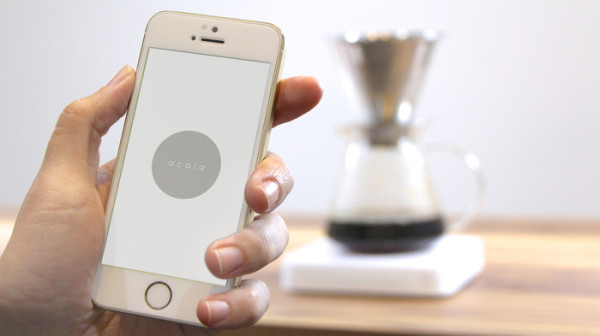 The Acaia is not yet in production, and we have no way to test the veracity of some of these claims, but at first glance it seems the Acaia may be a legitimately cool tool. Early bird specials for the Kickstarter campaign have the product starting at $49 in basic white. Black and a small handful of other colors may be available to early investors, and Fujiki Takao says he hopes to begin shipping the product by January, 2014, if funding and production are successful.