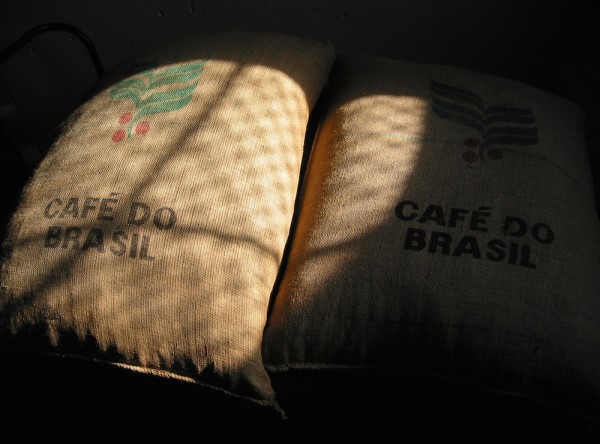 As 2014 will attest, crop conditions in Brazil have played a significant role in the history of coffee prices.

Since the International Coffee Organization published a monumental report earlier this year on the market history of coffee throughout the world, we have been extracting some key points to help put the current market state into some historical perspective.

As we mentioned in the first part of this series — a history of global coffee production — coffee with a capital C is a fragile organism on which millions of people depend, not only to get through their day, but for a livelihood. In framing coffee’s history in a period of generation-crossing decades, we can get a long view of commodity coffee’s history and potentially some glimpses into its future.

The ICO has an arguably richer perspective on coffee’s market history than any other organization. The 51-year-old body was originally established in collaboration with the United Nations, and to this day it oversees the International Coffee Agreement, representing all the world’s coffee producing countries and nearly all the world’s consuming countries.

As with our look at coffee production, the modern history of the coffee market can clearly be divided into two time periods: The regulated period under the International Coffee Agreements from 1963 to 1989; and the subsequent free market period since 1990, following the collapse ICA negotiations in 1989. The ICO explains:

Up until 1989, the coffee market was regulated by a series of International Coffee Agreements which were intended to manage supply and maintain price stability. This system subsequently collapsed, and since 1990 the coffee market has been subject to the free market forces of supply and demand.

This breakdown was disastrous for many people along the supply chain, as the ICO’s composite indicator price for coffees dropped by nearly 75 percent in the subsequent five years, from $1.34 USD per pound in 1989 to an average of $0.77 per pound through 1995. That said, the deregulation also lead to immediate increases in supply opportunity, laying the foundation for the free global market we are familiar with today.

Here, using data and statistics compiled and shared by the ICO, is a brief history of commodity coffee prices and price volatility, before and after free market forces took control in 1990:

The concept of export quotas — the withholding of coffee supplies that exceed consumer requirements from the market — came about in 1962, and for a long period until 1973 worked to generally stabilize prices globally, match annual production and consumption levels, and help producing countries define their own market systems in response to global demand.

The quota system then collapsed in 1973, consumer and production patterns began to vary more. This, combined with heavy frost in Brazil in 1975, led to the most dramatic price spike coffee has seen in the modern area, both in terms of real value and nominal value. While prices normalized the following year, the spike caused the ICO to create a provision in the export quota system that would allow quotas to be suspended should prices spike too high or too low.

The next export quotas took effect in 1980, resulting in what the ICO describes as more price consistency until another dramatic upward price spike in 1986, causing a brief lift of the quotas, through 1989 and the collapse of the International Coffee Agreement. Monthly prices in 2011 were the highest in coffee’s history after a strong and lengthy recovery from the coffee crisis, but the ICO says there has subsequently been a “severe deterioration in prices while costs of coffee production inputs, particularly fertilizers and labour, continue to rise.”

Price differentials between arabica and robusta coffees have dramatically widened in the free market period beginning in 1990. The average differential between C-market “Other Milds” and robustas during the regulated period was 14.86 cents per pound, with an annual high of 47.53 cents per pound recorded in 1986 resulting from an Arabica supply shortage following a 1985 Brazilian drought.

Since 1990, however, the annual average differential between the two varietals has been 52.25 cents per pound, with the difference reaching its highest levels (more than $1.60 per pound) in 2011.

Volatility, of course, is bad for everyone along the chain. As the ICO says:

In exporting countries, volatility is a source of uncertainty in relation to export earnings and tax revenues, as well as instability in producer incomes. In importing countries, price volatility makes it difficult for roasters to control processing costs and affects profit margins for traders and stockholders, making their activities less attractive.

According to the ICO’s own calculations of volatility, the general pattern from 1963 to now has been significantly higher volatility among traders in the futures markets as compared to volatility in the ICO composite indicator price for commodity coffees. In short, there has been, and continues to be, a lot of speculation, with varying impacts on the actual price of coffee.

The extreme price volatility thus far in 2014 has been a powerful reminder on the effect of weather forces in Brazil on the price of coffees worldwide. During the regulated market period, it was weather-related production declines in Brazil in 1975 and 1985 that caused price spikes to remove export quotas. As the ICO says, “The highest volatility levels are generally recorded for the months of May, June, July and August, since they cover the period of possible frosts in Brazil, fueling speculative activity.”

In general, the ICO characterizes prices in the free market period since 1990 as “very volatile.” Climate shocks in Brazil have contributed to three of the period’s four most volatile years: 1994, 1999 and now 2014.

The ICO describes the patterns of volatility since 1990 as “significantly changed” since the regulated period, in that price responses to forces such as climate shocks have been based considerably more on speculation. On the other hand, the resulting price volatility has become “considerably shorter.” The ICO suggests considering this pattern in terms of market fundamentals, saying: “Supply is frequently influenced either by exogenous factors related to climate in the sense that a period of short supply may be followed by a period of over-production and vice versa.”

Hi, my name is Ronald Toledo and I work as a professor at the Universidad Técnica Particular de Loja (www.utpl.edu.ec) and I am currently doing my doctoral thesis on the denomination of origin of the coffee of Loja, could you, please, help me get the book The story of coffee that ICO published.

I remain awaiting your response. Thank you

So many changes in 1989 someone should write a book…