At This Swiss Vineyard, Coffee Is Turned Into Wine 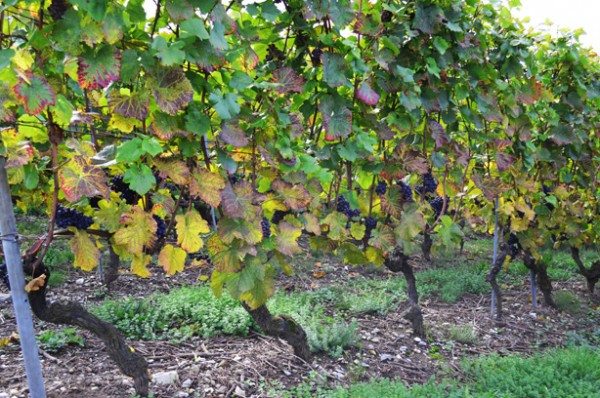 Winemaking has been practiced in the region since as early as the 12th century, yet this is the first time there or elsewhere that coffee grounds are being used as a widespread soil amendment within a working commercial winery. The grounds are coming from a Nespresso composting center North of Lausanne, where spent grounds are separated from their aluminum pods — which are melted down for recycling — and diluted with local organic matter, such as food waste, and left to compost for approximately five months.

(related: Get Half Naked, Grab Some Friends and Drink Coffee Wine (It’s a Real Thing)) 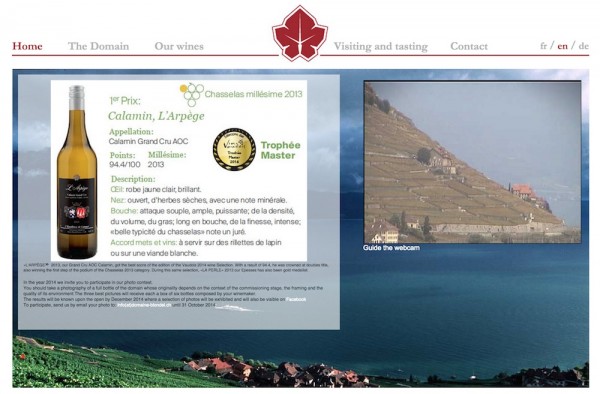 Winemaker Jean-Luc Blondel collects the grounds from the composting facility, using them to cultivate Switzerland’s most popular white wine grape, Chasselas, as well as a variety of red wine grapes, including Gamaret.

The application of coffee grounds as winery fertilizer is not likely to lead to profound arguments on mechanisms of terroir, but the Blondel-Nespresso partnership at least represents a creative and mutually beneficial recycling program. Says Nespresso, “From his vineyard in Cully, Mr. Blondel, says that there is no discernable impact on the taste of his crop but he is happy to be part of the initiative.”

(related: How a Young UK Company Is Changing the Value of Coffee Grounds)

Interestingly, Nespresso markets its capsules under the name Grand Cru, a non-protected wine term that originated in France and traditionally indicates a high potential for the terroir within a given vineyard or region, if not the quality of the wine itself. Domaine Blondel also offers a Grand Cru line, featuring some of its most expensive white wines. Certainly, this once exclusively French term has been diluted, but the connections between coffee and wine are increasingly clear.