Last week I participated in Let’s Talk Coffee, importer Sustainable Harvest’s annual value chain event, for the fifth time. The content of the event was broader, and the caliber of the speakers higher, than at any other LTC event I remember. But the best presentation of the event — the one that still has me thinking the better part of a week later — was not a presentation at all. It was three related comments made in rapid succession by SCAA Executive Director Ric Rhinehart during the event’s opening panel discussion on the state of the coffee market:

1. the coffee sectors Brazil, Colombia and Vietnam are emblematic of what happens when the government gets into the game;

2. Panama’s coffee sector, by contrast, is emblematic of what happens when the government stays on the sidelines; and

Today I interview Ric regarding his comments and their implications for growers, governments and industry:

I would like to spend some time exploring these three ideas further, starting with the first one. What do you see as the distinctive attributes or common denominators of government intervention in the coffee sectors of Brazil, Colombia and Vietnam?

I think that all three countries started with literal interventions, in spite of what my colleague(s) may say about my word choice. These have taken many forms, from legislative to administrative, from outright investment to enabling policy, from land use mandates to institution-building. While Brazil has largely or even entirely shifted from intervention to investment, Colombia has vacillated between the two, and certainly the recent price supports qualify as an intervention. Vietnam remains firmly in the intervention camp, in spite of free trade advocates’ best efforts to ignore this reality. 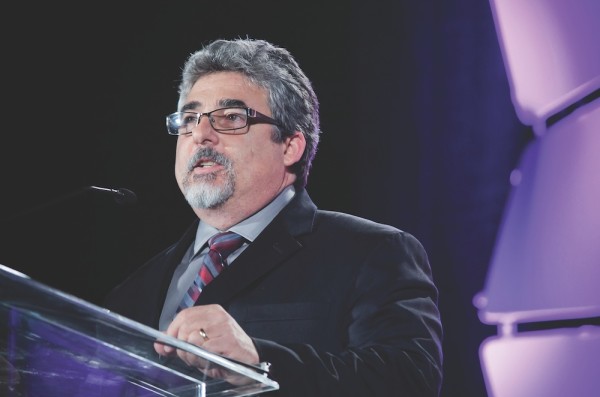 My own outlook is that public sector investments at the institutional level, particularly in higher education at one end of the spectrum, and in agriculture extension services at the other, are the key activities necessary to change the course of the coffee sector in any producing country. Policy makers also play a key role in creating the kind of enabling environment that will allow fundamental shifts in the execution of coffee commerce.

By contrast, what do you see as the defining characteristics of Panama’s coffee sector and how are these related to the absence of public investment of the coffee sector?

Panama is, in my mind, a microcosm of the coffee world where public policy has been relatively hands-off in determining the course of the sector. Other circumstances in Panama have facilitated a scenario where well-resourced and highly sophisticated farmers have been able to effectively move out of the traditional commercial markets and create and execute their own direct to market strategies for highly differentiated, well-marketed and thoughtfully positioned products. This activity has been helped along by a generally booming economic environment where internal consumption has been steadily rising and a growing middle class has exhibited a taste for the local product. Add in a healthy dose of tourism and an increasing number of coffee-acculturated expatriates, and the stage was set for commercial success for Panamanian coffee growers.

The relatively small number of independent and poorly resourced small farmers have at the very least benefitted sufficiently from the strong internal market (or from the strong real estate market) to remain afloat. The unknown factor is how the scenario might have played out with substantially more policy interventions or with greater public sector investment, but my contention is that Panama might have a larger and healthier crop of small holder farmers today had this been the case.

Yes. Consider the scale of Panamanian coffee farming.  At its peak, production was just over 300,000 bags.  Today, total production is just over 150,00 bags, or about half of that. The total number of farmers engaged in coffee production has always been relatively small, but has certainly declined at least proportionately to the production numbers. Thus, the total number of people impacted by any consolidation in the sector is relatively small, numbering in the hundreds. Applying the same trajectory to a Mesoamerican producing country where those numbers are in the tens or hundreds of thousands qualifies as terrifying to me.

Where specifically do you see large concentrations of coffee growers where the terrifying scenario applies?

To what extent has coffee leaf rust accelerated the onset of this scenario in Mesoamerica?

There is no question that the occurrence of CLR accelerated this process in some geographies, but I am cautiously optimistic that the silver lining in this particular cloud is that many good minds are now focused on the systemic vulnerabilities of smallholders, as well as the existential threats to wide-scale coffee production in the area. Recognizing that you have a problem is the first step towards addressing it, and coffee may have enough time to address its addiction to unreasonably low labor and opportunity costs and develop programs that allow for a healthier economic model for all involved.

You seemed to suggest last week that public investment in the coffee sector — government involvement like we see in Brasil, Colombia and Vietnam — may be a way to make growers in Mesoamerica less terrified.

To return to the Panama case, the unknown factor is how the scenario might have played out with substantially more policy interventions or with greater public sector investment. My contention is that Panama might have a larger and healthier crop of small holder farmers today had this been the case.

No doubt, things in Mesoamerica will change, but we have the ability to influence both the direction and the degree of that change if we act thoughtfully and resolutely.

Finally—and perhaps most importantly—what do you think we can do to avoid the kinds of fallout discussed here?  What specific initiatives need to be undertaken by whom to mitigate the most serious risks and position growers of all shapes and sizes to seize emerging opportunities in the marketplace?

The first step is to get these concepts out into the public discourse to be challenged, debated and explored with vigor and academic rigor. My sense is that for the past two decades any discussion of institutions, public sector spending, or broadly based investments (health care, education, infrastructure) has been shouted down by free market advocates who have insisted that the market alone can prevail.

Issues of wealth consolidation, declining middle classes, economic volatility and the poor behavior of many in the finance sector are just starting to surface as topics that can be thoughtfully explored. We must push the civil discourse on these issues to the forefront, and work for a sea change in how we view the roles of commerce and of government. In this environment we can bring good minds, the optimism and energy of the emerging generation of leadership (and consumption) and the wisdom of the waning post war leaders to bear on these issues.

More specifically, we need to create reasonable vehicles for rapid change, leveraging interested donors, governments and agencies to identify the existing institutions that can and should be shored up, as well as assessing where needs are wholly unmet. Overall, a commitment to education and healthcare should become a part of every policy discussion, every development plan and every business activity.

Are there any final thoughts on these critical issues you would like to add in closing?

I hope to not have any final thoughts for many years to come. I would like to add once again that I have a tremendous optimism built around my sense that the emerging generation in the United States and Europe will be better citizens of the world than mine has been.

Good stuff here gentlemen. I sometimes wonder what we, as an industry, can do to elevate the awareness of concerns related to below poverty level wage earning disaggregated smallholders, food insecurity, and generational migration without seeming to cry wolf and point fingers at and shame certain behaviors that are definitely a part of our past (and certainly present). The predicament we find ourselves in here is one that will require massive pre-competitive collaboration and putting together of great minds for sharing of best practices and ideas. I just hope those minds are sound enough and secure enough to acknowledge the exploitive behaviors that contributed to our landing in this place to the extent necessary for the industry (and primarily roasters through what they will pay for their raw material) to really embrace evolving the underlying economic model for coffee production before we convert to the “Panamá model” and so many suffer. And I’d be remiss, as a specialty coffee player, if I didn’t mention the diversity of cup quality that will be lost, too, in that scenario.

This is one of the best coffee articles I’ve read in a long time, and whets my appetite for a full-length interview with Mr. Rhinehart. I hope this article, as well as Chad’s excellent comments, are widely read and discussed.