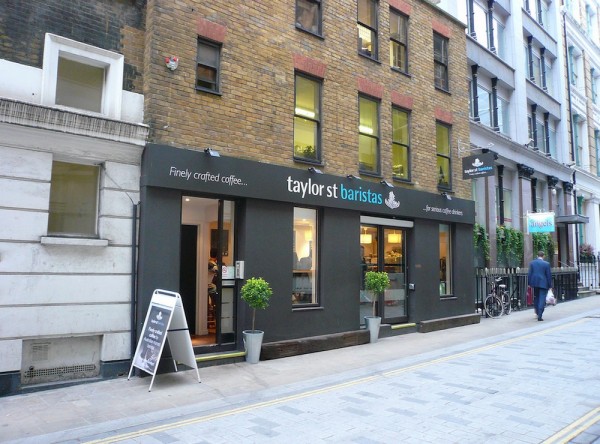 The Taylor St. team is hoping to raise at least €1.5 million (approximately $1.8 million USD) through the service Crowdcube, which facilitates funding of unsecured mini bonds to companies with “more established brands.” Taylor St. Baristas is following in the footsteps of fast burrito chain Chilango, which made lots of headlines earlier this year by raising more than €2 million through Crowdcube to build more stores. The fundraising effort became known as the “Burrito Bond.”

Investors in the four-year bond — a minimum investment of €500 is required — can either receive 8 percent interest as cash twice per year, or a 12 percent interest as in-store credit. “The coffee bond is a very straightforward idea,” says Nick Tolley, who founded Taylor St. Baristas in 2006 with his siblings Laura Tolley and UK Barista Championship judge Andrew Tolley. “We’ll pay you on interest semi-annually, or twice a year, and then at the end of four years when the coffee bond matures, we’ll pay you back your initial investment entirely.”

The Tolleys seem to have a knack for aggressive fundraising. In 2012, Nick Tolley launched the Harris + Hoole coffee brand, in which England’s largest grocery retailer Tesco has a significant stake. Harris + Hoole now has 50 retail locations. Taylor St. Baristas currently has nine retail locations, including one in Brighton. Here the Tolleys and Talylor St. CEO Richard Shaer talk about the development of the UK coffee industry and why they’re asking for money: