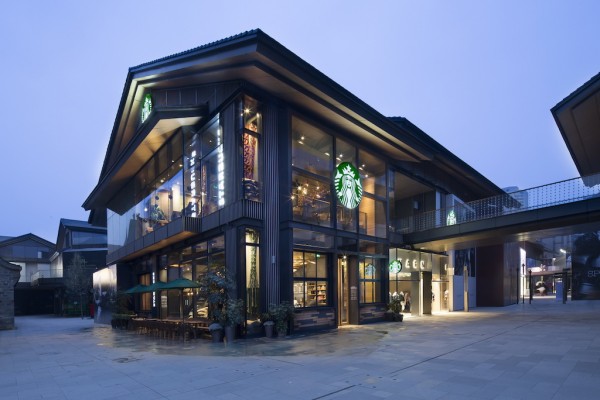 Following the recent openings of retail flagship concepts in Seattle and Bogota, Starbucks has unveiled its China flagship store in Chengdu, capital city of the Sichuan province.

The ground level of the three-story bar features the Starbucks Reserve brand concept, including coffees not available at typical Starbucks locations, as well as more brewing options. The second floor is a more traditionally branded Starbucks “global coffeehouse” concept with plush seating, while a third floor features event and meeting space under an exposed terra cotta ceiling.

Starbucks insists it also has some local flair. “The design of the new store features Sichuan-inspired tiles, silk artwork by local craftsmen, and a warm wood tone interior, which is similar to the materials used in the recent refurbishment of the nearby historic Daci Temple, a key cultural landmark in Chengdu,” Starbucks China announced yesterday.

This is actually Starbucks’ eighth store in China that houses the Reserve brand, and the company has trumped Asia as one of its target markets for the upscale concept. 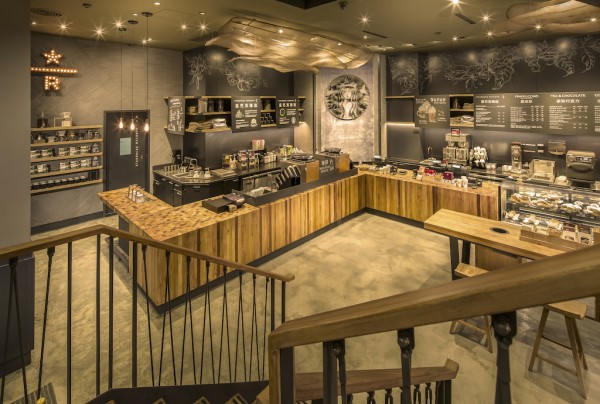 The first floor of the China flagship. Starbucks photo.