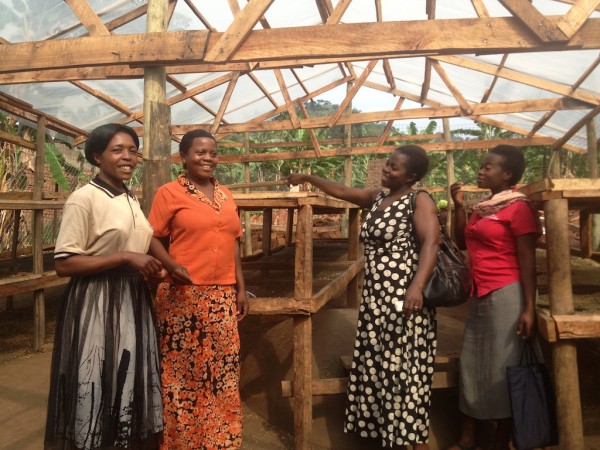 Photo by the Bukonzo Joint Cooperative Union in Western Uganda

The Bukonzo Joint Cooperative Union, whose women-centered value chain development framework has proven successful in Western Uganda and beyond for more than a decade, is being awarded the SCAA’s Sustainability Award for 2015.

The award announcement supports the prediction that this could be “the year of gender equity in specialty coffee production.” More importantly, the recognition could help the cooperative’s well-established operational framework — known as the Gender Action Learning System (GALS) — gain further traction and perhaps inspire similar models in other remote producing communities.

Bukonzo Joint dates back to 1999, where community-organized groups in the villages around Kyarumba in Western Uganda formally created the cooperative union. The cooperative began integrating the GALS framework in 2004 based on the idea that “gender inequality and the lack of full participation by women in decision-making and financial planning for family coffee businesses are key contributors to poverty and a decrease in productivity in rural coffee farming communities.”

The framework incorporates pictograms and other diagramming tools for illiterate farmers that address specific gender issues, as well as other social, political and organizational matters. It has been used as an inclusion tool for rural women, and now the cooperative itself is composed of 85 percent women, with women representing a 55 percent majority on the board. Bukonzo Joint, which introduced a similar framework designed to include youth in social empowerment in coffee communities in 2014, estimates that the GALS framework has benefitted some 5,000 cooperative union members, from the micro station to the board room. Trainers from Bukonzo Joint have also helped introduce the framework to cooperative leaders in Tanzania, Rwanda, The Democratic Republic of Congo and South Sudan.

To demonstrate the efficacy of the GALS framework, Bukonzo Joint points to the cooperative’s total growth (up to 5,000 members), and production growth (from 13 tons of coffee 10 years ago to more than 300 tons of fair trade- and organic-certified coffee in 2014). Additionally, the cooperative is currently working on building post-harvest production facilities for grading and sorting to its Kyarumba headquarters in 2015, a development that could return greater profits to farmers, add 50 jobs and improve the working conditions for approximately 200 female coffee sorters.

The cooperative will be formally recognized with the award at the annual SCAA Event in Seattle in April. See more on the SCAA Sustainability Award and the association’s other annual Recognition Awards, which were announced last week.