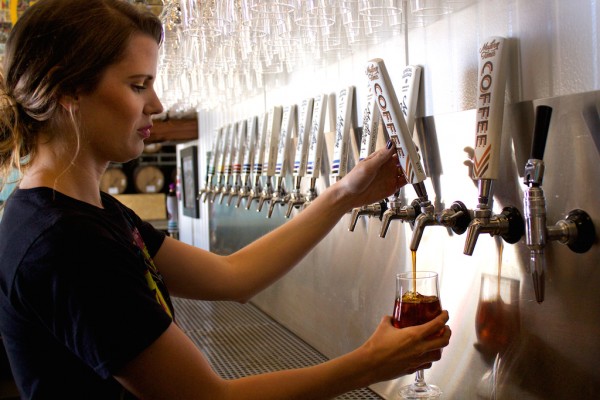 At the intersection of beer and coffee, no one we know of is pushing the creative envelope further than Modern Times, the much-loved brewery based in Point Loma, San Diego.

The people behind Modern Times are so into coffee that they’re currently in the process of installing a Giesen production roaster in the brewery’s tasting room. The Giesen is an upgrade from a much smaller Ambex unit that, despite running at capacity, wasn’t keeping up with Modern Times coffee demand.

To be clear, Modern Times isn’t just roasting coffee as a beer ingredient; it is also roasting coffee for coffee’s sake. Individual bags of the Modern Times Black House blend, rotating single-origins and barrel-aged coffees are currently for sale online and at the brewery. 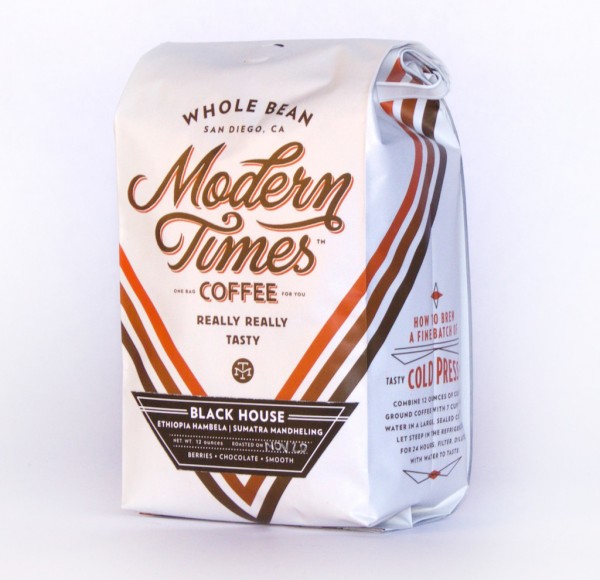 “Roasting coffee has been a part of Modern Times from the very beginning,” MT founder Jacob McKean recently told Daily Coffee News. “At some point during my career in the beer industry, I started to apply the same level of passion I have for beer to specialty coffee. I really wanted to incorporate coffee into the DNA of the brewery.”

The two applications — coffee for beer and coffee for coffee’s sake — require different approaches to sourcing and roasting, the latter being led by in-house roastmaster and graphic/interior designer Amy Krone. On the beer side, MT offers a year-round oatmeal stout called Black House that includes a blend of 75 percent Ethiopian coffees and 25 percent Sumatran coffees. One of the brewery’s recent limited releases was City of the Dead, a full-bodied stout that includes a 1-pound-per-barrel dose of coffee. It is, as far as we or the brewery know, the first beer ever commercially produced that incorporates coffee that was barrel-aged in its unroasted state prior to brewing.

MT has been experimenting with all kinds of barrel aging — a practice first attributed to Ceremony Coffee Roasters in Annapolis, Md. — allowing the green coffees to absorb the flavor and aroma of its host for anywhere between one to four months. “It varies widely depending on the type of barrel or the quality of the barrel — fortified wine barrels like port or madeira are going to be a lot different than other spirit barrels,” Says McKean. “I’ve seen other folks in the coffee world doing barrel-aged coffees, and everyone seems to be doing it differently.” 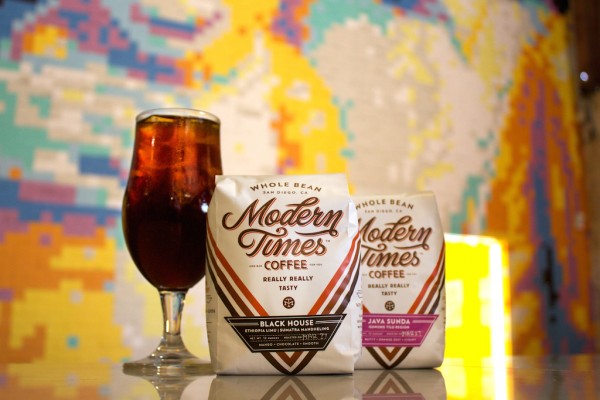 Sales of packaged coffee, kegged cold press coffee and coffee beers have far exceeded McKean’s expectations since the brewery became certified by the city as a food production facility, which, oddly in San Diego, is a requirement for coffee roasting but not beer making. The MT crew is currently aging as much coffee from a number of reputable importers as production capacity will allow.

“Once we were able to actually sell coffee, this whole thing took off,” says McKean. “One of the things that’s been cool about our roasting is we’re introducing specialty coffee to a really receptive audience that doesn’t necessarily have a ton of coffee knowledge. Our base is a craft beer base, and they are really adventurous about finding and exploring flavors. Coffee lends itself to that.”

With the new Giesen soon to come online and a greatly expanded area for roasting, packaging and green coffee storage, expect the Modern Times coffee program to expand to include canned cold brew coffee, increased wholesale distribution of its kegged cold brew and, potentially, coffee service at the brewery’s satellite tasting rooms.

“I think the next Modern Times tasting room is going to have a pretty serious coffee element to it,” McKean says. “We would also love to travel to origin, build some direct relationships and expand the diversity of our offerings, at some point. But right now, we’re just barely able to keep up with demand.”

I believe Avoca coffee and rahr and sons brewery, both from Fort Worth Texas, have brewed a coffee beer called iron Joe that incorporates barrel aged beans.

I received some of your coffee beans as a Christmas gift! I am excited to brew this coffee. I have a Breville coffee espresso machine with a burr grinder and want to confirm that the beans I received do not have any added flavors, as I cannot put flavored beans through the grinder.