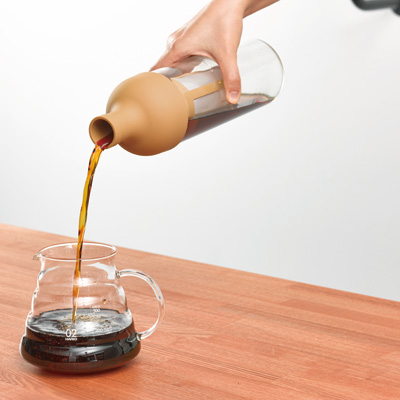 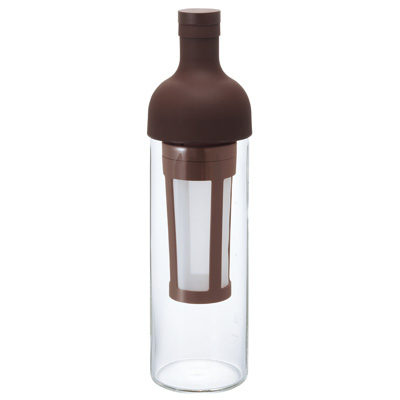 Made at Hario’s manufactuing headquarters in Koga, Ibaraki, the Filter-In Coffee model includes a 650ml-capacity glass bottle, removable silicone rubber stoppers and spouts, and a polyester mesh filter with a plastic strainer. Hario suggests starting with cold water, and allowing for an eight-hour extraction time in the refrigerator. 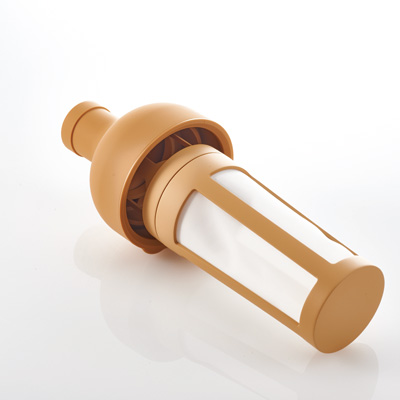 That looks like a giant baby’s bottle full of coffee. Approved! 🙂

If I didn’t already own four French coffee presses with which I brew cold coffee daily, this would be an interesting experiment. But I don’t need more coffee apparatuses in my cabinets taking valued space.