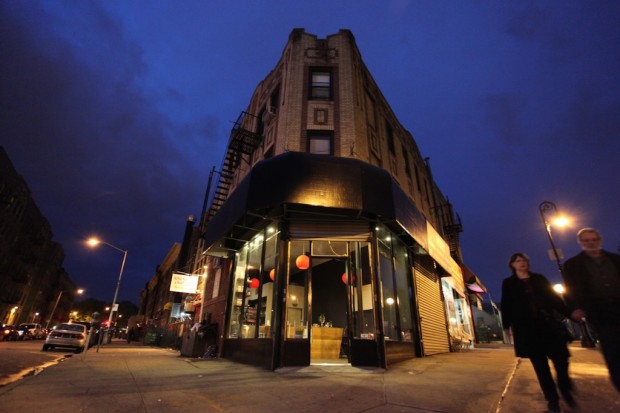 The Ditmas Park area of Flatbush in Brooklyn has been enjoying the friendly barista stylings of server and proprietor Buck Berk at his shop, Coffee Mob, for about two and a half years now.

A longtime coffee-lover, Berk only cut his teeth in the industry with the advent of Coffee Mob, although his plunge into the depths of coffee knowledge since then could not have been more rapid if he were thrown in wearing concrete shoes. That dedication is hitting new heights now, as Coffee Mob officially joined Brooklyn’s Pulley Collective roaster-share program and started roasting its own coffee.

“I learned as much as I could before I opened the shop,” Berk told Daily Coffee News. “But until you actually jump into the frying pan and do it, it’s hard to fully learn what you’re doing.” Upon cutting the ribbon on Coffee Mob, Berk dove into that frying pan whole-hog, going so far as to bring his family on a vacation to origin in Colombia barely a year after turning on the lights. The getaway involved some time on the beach of course, but also included tours of farms and meetings with growers, such as at Finca La Palma & El Tucan, near Bogota, from whom he now looks forward to sourcing. 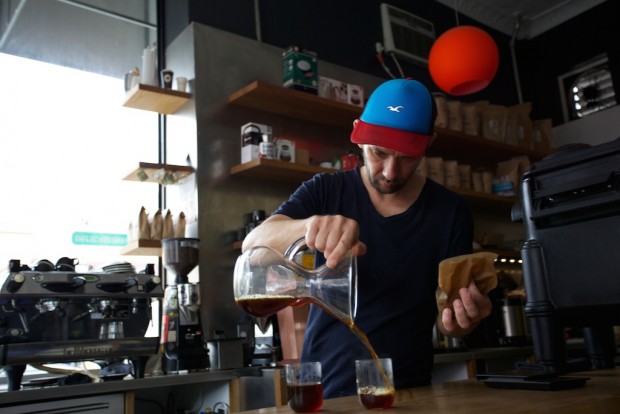 “The longer I was in business, the more I fell in love with coffee,” said Berk, whose coffee quest recently culminated in competition in the Coffee Masters barista contest at Coffee Fest NY. Given that it was his first exercise in competition, Berk didn’t make it past the first round and therefore didn’t get to present his signature drink, a cocktail consisting of a cold brew made from bourbon barrel-aged coffee and a splash of Rye liqueur, shaken with ice and topped with a dollop of merengue and a cold-brew candied cherry.

It was nevertheless a great experience for Berk, both for networking and for educational purposes. “I learned a lot and had a lot of fun,” said Berk. “I’m going to try to get into the London Coffee Masters as well.”

Bringing roasting operations in-house was a choice Berk made based both on business and pleasure. “It was natural for me to think that if I can roast my own coffee, I’ll save a little bit of money, and that is true,” said Berk. “but also, I just really love coffee. I want to learn everything I can about coffee.” 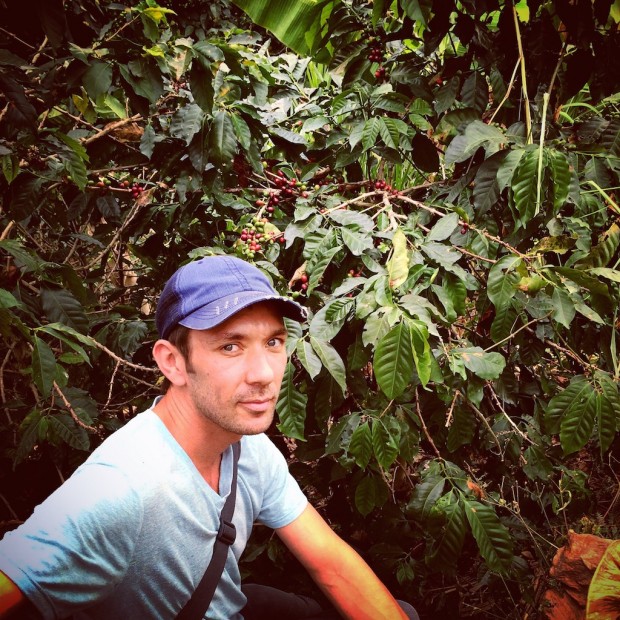 Having spent long hours contemplating brewing and espresso, and having traveled to origin to get closer to the work at origin, the roasting process was a sort of final frontier. Said Berk, “I’m very intrigued by the science behind roasting, all the different variables that are involved in the roasting process.”

To this point, the coffee served in various brewed methods and on Coffee Mob’s two-group La Marzocco GB5 MP had been roasted by Toby’s Estate, another Brooklyn company. It was earlier this summer that Berk ventured into Brooklyn’s Pulley Collective shared roaster program to try his own hand at the flame. Having graduated out from under the introductory tutelage of Brad Kornaki on Pulley’s storied Diedrich IR12, Berk is now developing his own style and vision as a roaster.

“My philosophy on roasting is that the coffee speaks to the roaster,” said Berk, who sample-roasts and cups each coffee through a variety of roast profiles before settling on the one he thinks best highlights a given bean’s strongest natural qualities. Coffee Mob now offers its own single-origin coffees in brewed forms and an unnamed, shifting in-house blend for espresso, with which Berk continues to experiment. “I’m still sort of in the diaper stages with roasting, so I’m not doing a lot of heavy importing that would allow me to create a blend that I know I could hold onto for a season. But I’m almost there.” 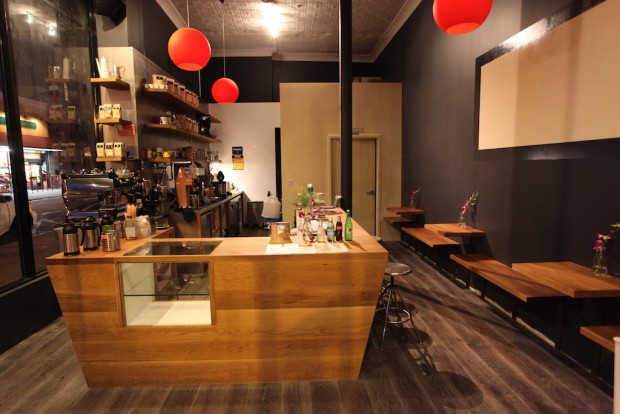 Toby’s Estate coffees are no longer on offer, although Berk has initiated a new “guest roaster” rotation to keep a good variety of interesting, locally-roasted coffees in the loop. A full swing into whole-bean retail will occur as soon as details related to packaging — what information to include, what bag technology he prefers — are decided. Wholesale is another department Berk has also only just entered, while he also plans to push direct sales through the internet and explore subscription options.

The goal is to drum up enough whole-bean business to establish a roastery of his own. “Eventually I want to become less reliant on the Pulley Collective and get my own roaster and my own space to roast my own coffee,” said Berk. “Right now it’s more just learning the ropes a little bit, having fun, not taking it too seriously, just enjoying the fact that I have the ability to do it.”