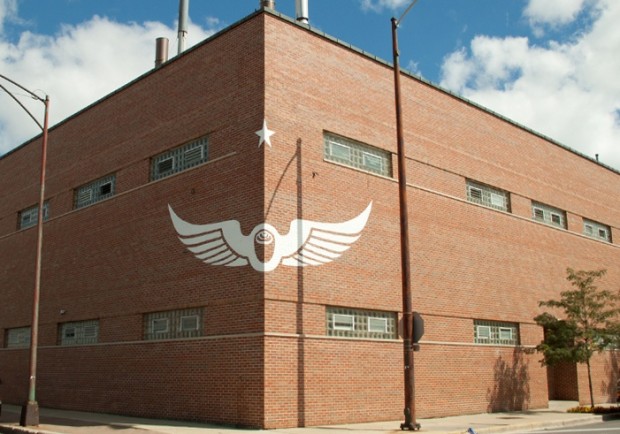 The Intelligentsia HQ and Roasting Works at 1850 West Fulton St. in Chicago

The Dow Jones financial news service is reporting that Chicago-based Intelligentsia Coffee is courting private equity buyers, with one source saying the purchase price could be upward of $100 million.

Dow Jones sources said the company, founded by Doug Zell and Emily Mange 20 years ago, has enlisted the services of Minneapolis-based investment and asset management firm Piper Jaffray & Co. to help broker the deal. Sources from Intelligentsia could not be immediately reached for comment.

Outside of its Chicago headquarters and roasting works, Intelligentsia currently operates six coffee shops in Chicago, a New York coffee shop at the High Line Hotel, and three retail bars and a roastery in Los Angeles, where it is regarded as helping to pioneer the upscale specialty coffee roasting and retail scene there since 2007.

Intelligentsia would join Portland-based Stumptown Coffee Roasters on the market, after it was reported in May that Stumptown 90-percent-majority owner TSG Partners was also courting potential buyers. Other large independents in the upscale specialty coffee sector — including Oakland-based Blue Bottle Coffee and San Francisco-based Philz — have attracted many millions of dollars in investments from the private investors primarily for brick-and-mortar retail expansion, although without ceding ownership. And this past June, Chobani CEO Hamdi Ulukaya become the sole investor and majority owner of Philadelphia-based La Colombe after the company had received $28.5 million in private investments a year earlier.

“Coffee shops like Intelligentsia, Stumptown Coffee Roasters and Blue Bottle Coffee Co., as well as major chains like Starbucks Corp. and Dunkin Brands Group Inc.’s Dunkin’ Donuts, have been popping up all over the U.S.,” the Dow Jones report stated, adding that recent numbers from research group IBISWorld suggest the number of “coffee and snack establishments” is expected to increase at an average rate of 3.6 percent a year, while raking in $38 billion in total revenue this year.

Dow Jones noted that it is not merely retail coffee roasting and retail brands that have attracted increased coffee-related interest from buyers in recent years. From the report:

We’ll have more as the Intelligentsia story develops.