Shiny New Products at the 2016 SCAA Expo in Atlanta 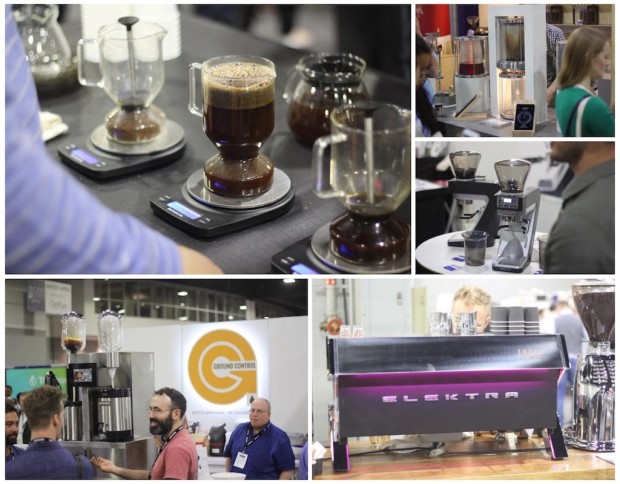 The Specialty Coffee Association of America Expo, which wraps up later today in Atlanta, is a perennial testament to an industry’s passion for creative reinvention.

As coffee has been bought, roasted and commercially brewed for centuries, product-makers and stakeholders have continuously sought ways to transform the process. This year has been no exception, as we’ve witnessed the debut of two rather theatrical commercial batch brewing machines, as well as some tech-based solutions for roasters and espresso-makers, and a new cupping tool that could help make the process of formal coffee tasting more accessible to consumers.

We present the following as just a smattering of the new products rolling out at this year’s show, catching the collective eye of thousands of innovation-hungry expo-goers strolling the labyrinthine floor of building C of the Georgia World Congress Center. The show was, without a doubt, a more enticing prospect than that in neighboring building B, host of the U.S. Wound Healing Society’s Spring Symposium on Advanced Wound Care.

The newest model coming from the longtime family-owned Italian espresso machine maker Elektra is the Indie, a prototype for which was unveiled. The name references the customizable group heads, each with individual real-time temperature settings that can be adjusted mid-extraction. It also features individual dose adjustment settings and infusion time settings, all through individual color touch-screen displays. We’ll have more on the Elektra as it gets closer to market. 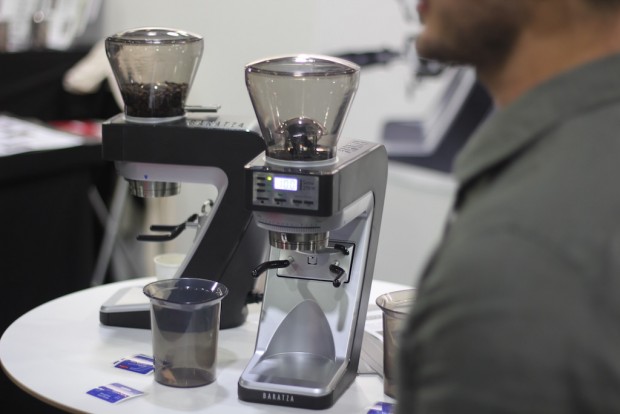 The Sette represents a fundamentally new design for grinder manufacturer Baratza. Sitting at the top of Baratza’s conical burr line, the Sette features an innovative vertical path for coffee to travel directly from the hopper down through the burrs and out to either a bin or portafilter, as well as a mechanism for actively delivering coffee into and out from the burrs, rather than having beans fall in by the force of gravity. See our full profile of the Sette here. 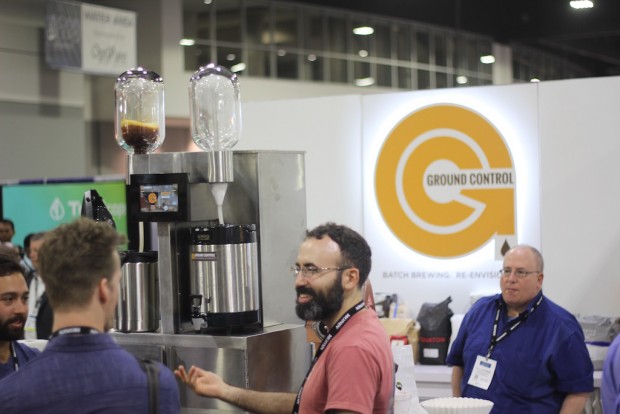 One of at least two high-design new commercial batch brewers on display at this year’s Expo, the Ground Control basically subjects the bed of grounds to a series of quick mini-brews, drying them completely between each brew and depositing all into a single vessel as the method proceeds. The company behind the new brewer, Voga Coffee, says the process results in a more desirable and nuanced early extraction with none of the later, more bitter compounds that come out over longer extraction periods. See our full profile of the Ground Control here.

The other batch brewer raising eyebrows at the Expo was the Sight, a near-final prototype of which was unveiled by Steampunk-maker Alpha Dominche. AD Engineer Adam Mangold, one of two principal designers behind the new brewer, described the Sight as a full-immersion brewer with nearly every stage of the brew process made customizable. In short, grounds are loaded into a paper-lined basket in the upper chamber of the gallon-capacity brewer, and water is heated by a temperature-controlled boiler underneath. A base recipe might call for a full five-minute steeping time followed by an approximately two-minute, vacuum-powered draw-down time in which the negative pressure from the vacuum serves as an actuator for the valve to the lower chamber. AD is currently processing a patent for the illuminated serving vessel, which Mangold described as “a great fiery lava lamp for the coffee.”

Alpha Dominche expects the Sight to begin shipping by January 2017, with a price point around $5,000, according to Mangold. 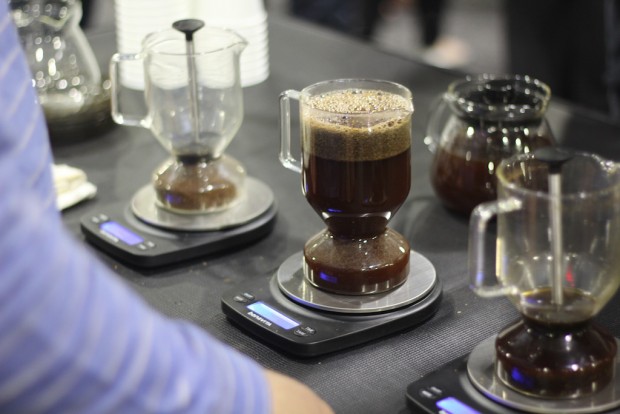 The Rattleware Cupping Brewer, which was showcased all weekend as part of the Rattleware brand line at the booth of distributor Espresso Supply, is the passion-creation of Josh Taves, the director of quality control and business development at Novo Coffee in Denver. The 20-ounce total volume brewer is larger than a normal cupping vessel, although in process a crust is similarly formed, then broken, then the surface is skimmed. It’s here the brewer strays from standard cupping protocols, as a silicone stopper is inserted to seal the grounds in the bottom chamber, allowing the usable liquid to be poured into other vessels.

“I host public cuppings once a week, and I think that’s a really valuable tool for showcasing a lot of coffees side by side,” Staves told Daily Coffee News. “However, you have to teach them to drink with a spoon, which is weird, and then they have to share with a person they’ve never met before. Those are huge mental barriers to experiencing the coffee and understanding the flavors side by side.” 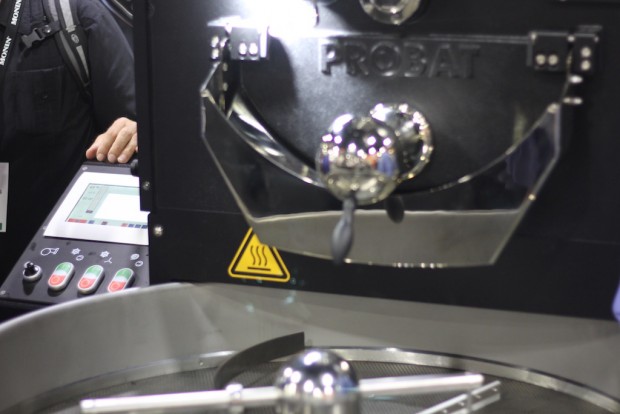 The SCAA Event marked the official launch of the Probat P/2 Series roaster in the North American market. Reflecting Probat’s classic drum roaster design in several compact sizes, the series also boasts software advancements, as well as improved burner control that improves combustion efficiency while increasing heat transfer and improving consistency by covering a wider area of the drum. The P/2 roaster software, developed especially for the series, allows for recording and saving roast profiles, including a built-in 7-inch display and smartphone integration.

(note: An earlier version of this story incorrectly stated that the Elektra Indie espresso machine was currently available in the U.S. market. The product is in development and not yet available to U.S. buyers.)

The Rattleware Cupping Brewer reminds me of the Kong Brewer that (much to my chagrin) was a Kickstarter flop from a coffee professional out of Colorado. I wonder if it has been reborn and and Rattleware wanted to get in on the action.

Id love to know where I can get the Rattleware Cupping Brewer. It’s not on there website which leads me to believe it’s not available right now. Am I wrong?