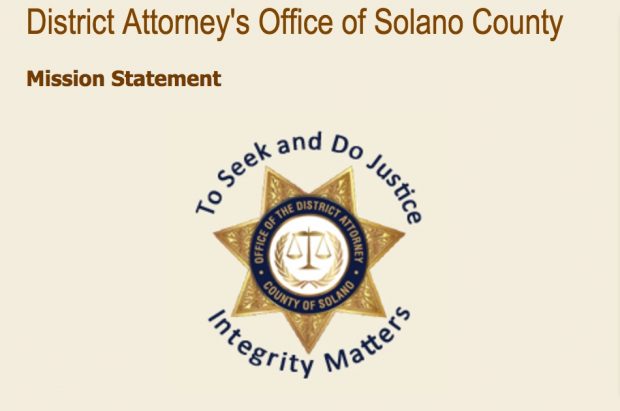 Prosecutors have dropped a DUI charge against a California man charged last year for driving under the influence of caffeine.

“After further consideration, without a confirmatory test of the specific drug in the defendant’s system that impaired his ability to drive, we do not believe we can prove the charge beyond a reasonable doubt,” Solano County District Attorney Krishna Abrams said last week in one of the most strangely titled press releases you’ll ever see:

The coffee industry thanks you for that.

As it turns out, prosecutors filed charges against 36-year-old Farfield man Joseph Schwab after the responding officer believed Schwab to be “under the influence of a combination of substances, including a stimulant and a depressant.”

According to the DA’s press release, “The officer’s observations included the defendant’s erratic and reckless driving, his demeanor at the time of the traffic stop, and his performance on a number of field sobriety tests.”

Following the traffic stop, the county DUI unit decided to move forward with the DUI charge, despite the fact that a blood sample sent to a laboratory for standardized substances came back negative for any alcohol or drugs except for caffeine, and despite Schwab’s insistence on his innocence.

“Based upon the lack of drug results, the case did present  some challenges,” the DA’s office said.

Yes, Solano County District Attorney’s Office, when you essentially prove a defendant’s innocence through your own investigation, it tends to hurt your case. From an evidential perspective, it’s not that the People v. Joseph Schwab was never about caffeine, it’s that it was only about caffeine, which as of press time is still a legal substance in all of California.

When are we going to start holding officers accountable for pressing fraudulent and frivolous charges that just wind up costing us, the tax payer, money?

I read a news account of this incident shortly after it happened. THIS article, and the words from the Prosecutor’s office, leave out some rather critical aspects of the story. First, the initial “contact” was by a California Alcoholic Beverage COntrol Board police officer. It is questionable that she has regular traffic enforcement authority. Next, he was pulled over because he alledgedly “cut her off”… however THAT is defined. Dashcam footage? Not known. Next he passed the Breathaliser test, it showed 00.00% alcohol. She was very incensed that she was insulted by his “cutting her off”, and determined to deal with him. He was arrested, cuffed, brought downtown, forced to submit to a blood draw against his stated wishes. Probable Fourth Ammendment violation here. Had to wait for toxicology report. He was likely arrested unlawfully, and seems to have grounds for a rather hefty lawsuit. HER (the officer’s) statements that he must be impaired seem to be largely subjective. The DA is wise in dropping this case, as there is NO precedent that caffeine is an “intoxicant” by any legal standard. I hope he takes legal action against this rogue copper who turned what was perhaps a mild case of lack of courtesy into a huge attempt at felony charges. ANyone else noticed how often other drivers “cut off’ folks when passing? Round trip to Seattle Wednesday had more than two dozen cases of other drivers cutting in front of me in lane chaning actions, leaving less than one carlength between their quarter and my front bumper. Most nevr signaled, and traffic was moving ten over the posted limit, these guys fifteen to twenty. What, are all of us subject to this treatment? Seems not, after the DA used his wisdom to de-escalate this insanity.