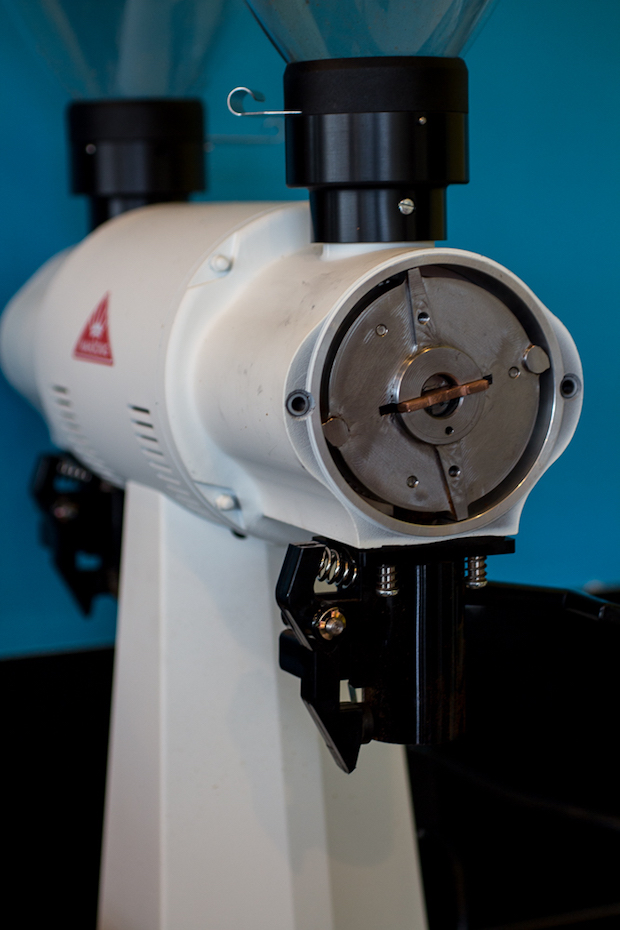 Found on so many thousands of coffee bar tops throughout the world, the Mahlkonig EK43 has earned a stellar reputation as a steady, high-performance workhorse in single-dose grinding for both filter coffee and espresso applications.

Yet, as the EK43 was originally designed for commercial spice grinding, and not for the single doses for which it’s now turned on and off a million times a day, it turns out that it does have an Achilles Heel: the shear plate.

The shear plate is the fail-safe that connects the rotating outer burr to the rod spun by the motor. In the event of a stone or other hard object falling into the grinder, the shear plate breaks, allowing the burr to stop short and the rod and motor to continue spinning freely without strain or damage. The thing is, as many a seasoned EK-shot-pulling barista has learned the hard way, these shear plates were not designed to withstand the constant ons and offs of rapid single-dose coffee grinding at a busy café pace. 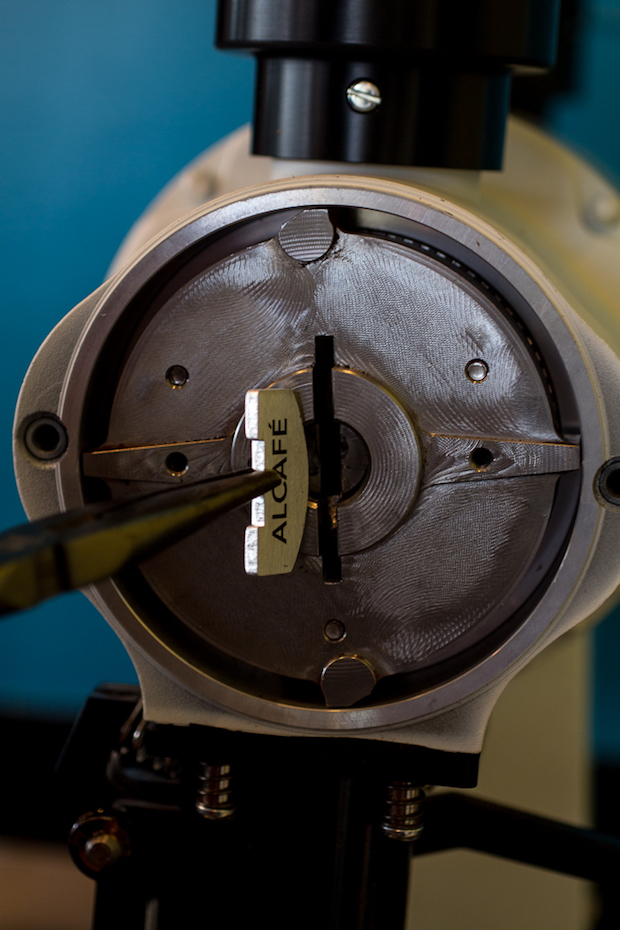 “Mahlkonig did nothing wrong in the design of the plate,” Espresso Parts business development representative Shawn Goldenberger told Daily Coffee News. “Due to its power and consistency, we began using it to grind coffee for pourovers or espresso grinding at around 20 grams per batch versus a pound or kilo. With this technique, there is greater potential to accidentally turn the grinder back on before it has stopped spinning from the last espresso. All of this causes stress on the plate. The original stock shear plates fatigue quickly from the modern use.”

Consequently, OEM stock of replacement plates sometimes runs thin, leaving open the potential for a shop to get caught with an EK TKO’ed. To address this, Sydney, Australia-based Alcorn Café Engineering (ACE or Alcafé) came up with the solution of a line of EK-compatible shear plates of their own design, available in three-piece kits including one plate each in aluminum, brass and copper. Espresso Parts has recently partnered with ACE to become its exclusive U.S. distributor. 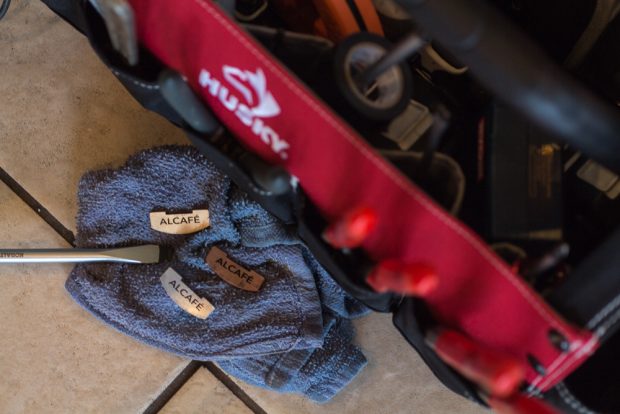 The different materials appear to perform equivalently, though the parties are still gathering anecdotal evidence to figure out which material outlasts the others, and Goldenberger said that all of the ACE plates still shear as intended for safety.

“The goal with the kit is for consumers to test out each material for the best use,” Goldenberger said. “ACE is hoping that with enough anecdotal evidence from the ‘crowd’ we can see a pattern. Maybe someday they will sell individually but for now, we are asking for feedback from each metal type.”

Of the partnership, Goldenberger said that EP had been aware of and impressed by Alcorn’s work for a few years prior to a point just over two years ago when they started communicating and collaborating on new ideas. 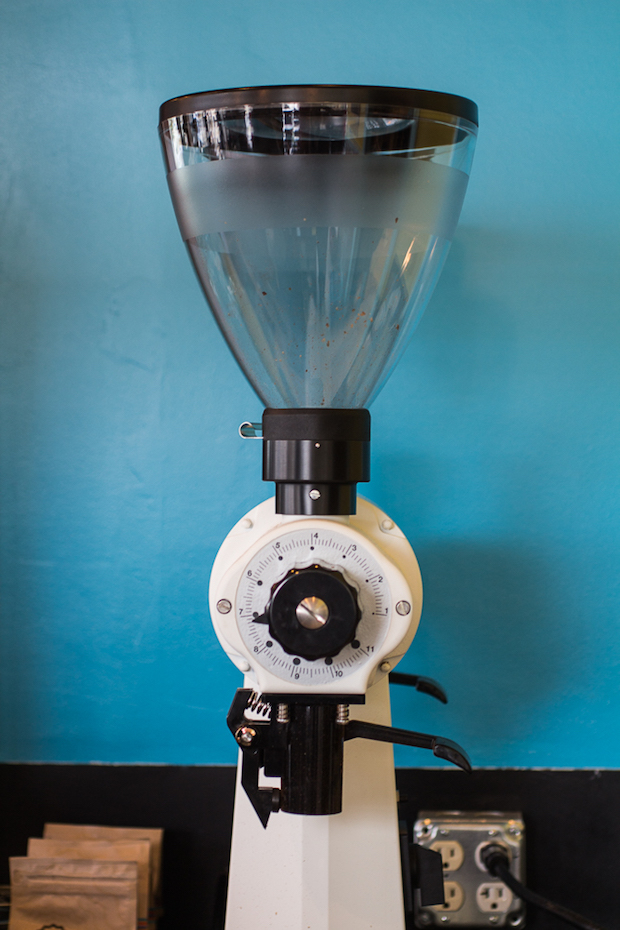 “We would Skype back and forth for days, spit-balling new ideas for coffee machine modifications and other technical talk,” said Goldenberger. “It was a long process and we are excited to be selling ACE’s work. We quietly put some products them up on our website around 3 months ago and have been adding new ones over time.”

What are the symptoms of a fatigued shear plate? Are they catastrophic or subtle?

No coffee out the bottom – therefore catastrophic! 🙂