Column: What We Know About GMOs and Specialty Coffee 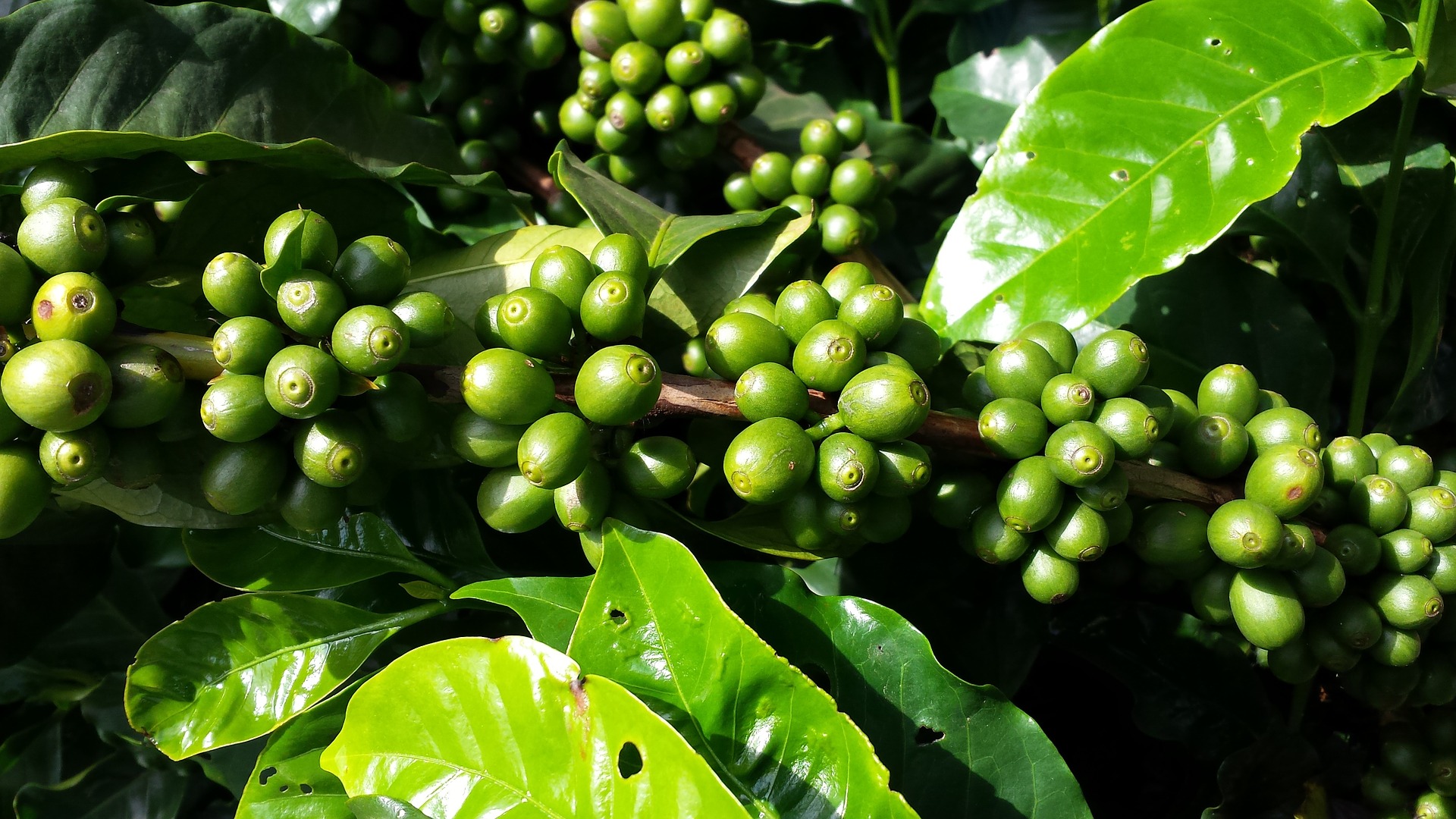 When consumers see a coffee on a shelf labeled Non-GMO, it implies that other coffees may be genetically modified. Yet in our 39 years of sourcing coffee around the globe, we have never encountered a genetically modified coffee plant. Meanwhile, labeling efforts tend to be driven by consumer demand. According to our research at Royal Coffee, Inc., Non-GMO labeling is currently the fastest-growing agricultural certification, outpacing Organic three years in a row.

We see this trend, and we believe researching and sharing information is the most important step to transparency in our decision-making. As Non-GMO certification continues its momentum throughout the agricultural sector, we think it’s time for our corner of the industry to familiarize itself with genetic engineering, the Non-GMO movement, and its relevance to specialty coffee.

While researching for this piece, we quickly learned that the pursuit of solid, unbiased information about GMOs is a challenge. We are hopeful that our efforts will shed a nonpartisan light on the research, investment, risks and potential for biotechnology in the specialty coffee industry, and how it could affect roasters.

According to the National Coffee Association USA (NCA), there is no evidence of GMO coffee cultivated for commercial use. However, there have been efforts to develop and patent genetically modified coffee plants. 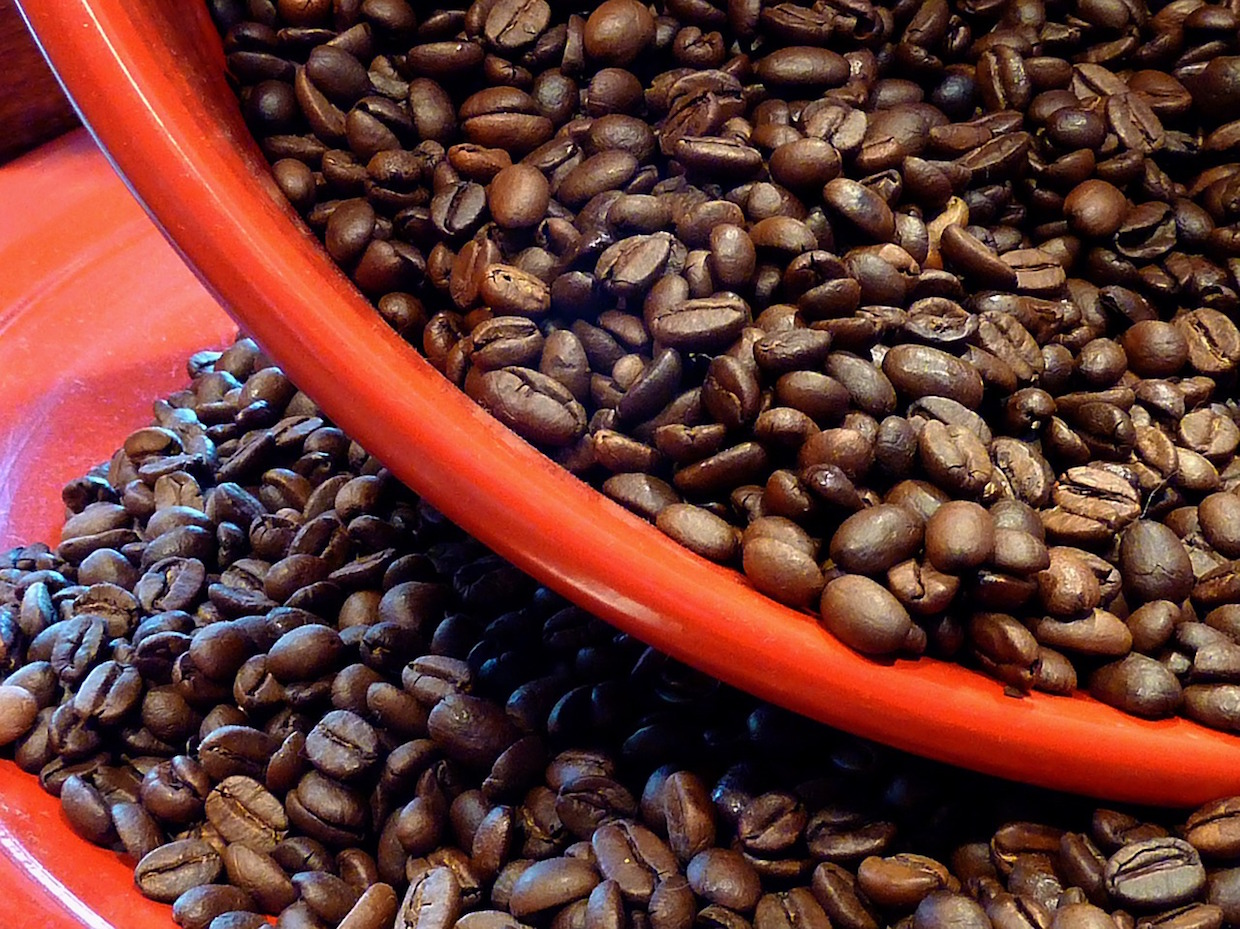 In 1999, the University of Hawaii was granted a U.S. patent on coffee genetically altered to stop growing just short of maturity. A chemical spray was then used to ensure the berries all fully ripen at the same time, resulting in uniform picking.

In 2006, The Wall Street Journal reported that Nestle was granted a patent for genetically modified seeds by the European Patent Office. The report refers to a “genetically modified coffee plant with a blocked enzyme, designed to improve the solubility of the coffee powder.” The patent covered the technical process, genetically modified plants, and the use of coffee beans for the manufacture of soluble coffee.

In 2008, nine years after the ripening patent was released, Kona coffee farmers in Hawaii successfully lobbied to ban the cultivation of certain GMO crops. They argued the presence of “frankenbeans” would damage their reputation and ability to charge a premium.

In 2014, a flurry of reports warned that GMO coffee could be around the corner after scientists sequenced the coffee genome for the first time. These scientists analyzed robusta genes and compared them to the caffeine content in chocolate. This further demonstrated that the objectives of research have been consistently targeting solubility, caffeine content, yield enhancement, and herbicide tolerance, to aid in efficiency and long term cost saving developments.

Recently, the University of California, Davis, released the first public genome sequence of Coffea Arabica Geisha varietal. This research is of high importance for the specialty coffee industry, as it could provide a foundation for improving diversity and breeding. 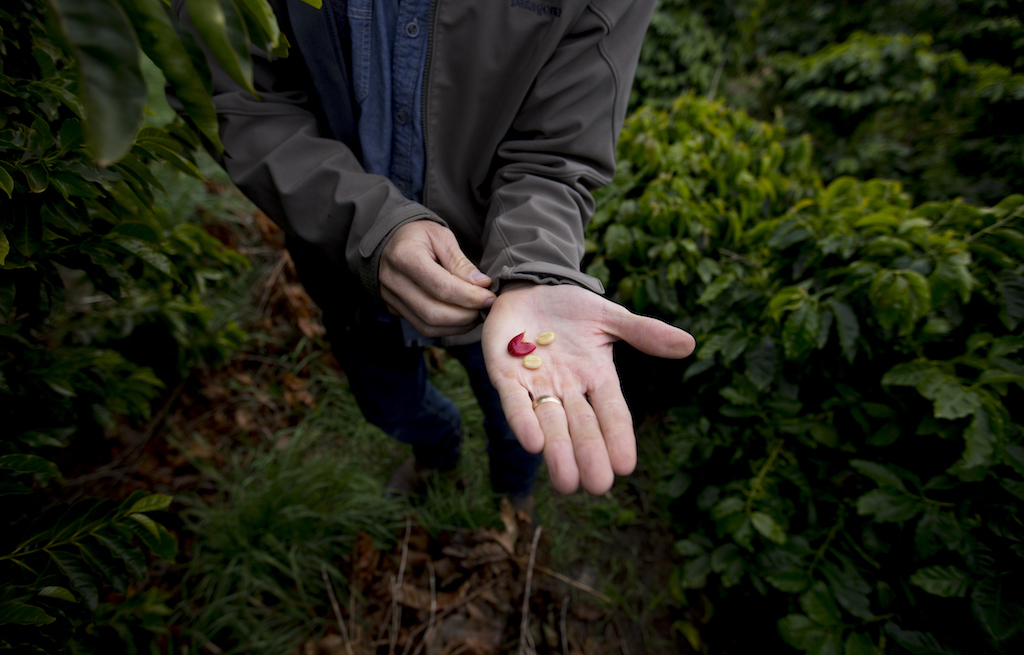 However, this recent development should not necessarily be associated with genetic engineering. This research can be used to advance other breeding techniques, such as molecular markers, which increase the efficiency of classifying the materials and selecting the candidates for parental crosses with desirable traits.

With these efforts in mind, it would seem that there is little risk for GMO coffee, as there is no recorded commercially available crop. According the Non-GMO Project, coffee is considered low risk. In fact, the risk is significantly higher for other common products in the cafes like honey, soy, and milk sourced from cows fed GMO grains.

Arguments for and against

Ironically, the overarching arguments both for and against the investment in the genetic modification of coffee address farmers and climate. Coffee and cocoa are already being impacted by the effects of climate change. We have recently received reports from concerned farmers noticing new species of birds migrating, early flowering and unseasonal weather patterns. This news, reported by multi-generation family farmers, raises serious concerns about the increasing challenges of farming on a warmer planet.

Advocates tout the potential for drought-resistant, rust-resistant, frost-resistant coffee plants that could provide increased stability for farmers. Supporters also point to the largest market growth of GM seeds, which are located in the global south on farms comprised of less than 10 hectares. The Bill and Melinda Gates Foundation, which takes an intersectional approach to raising standards of living in impoverished communities, has funded research labs focused on GMO agriculture. Some communities, such as Papaya growers in Hawaii, have claimed that biotechnology saved their industry by creating seeds resistant to the previously debilitating effects of the ringspot virus. 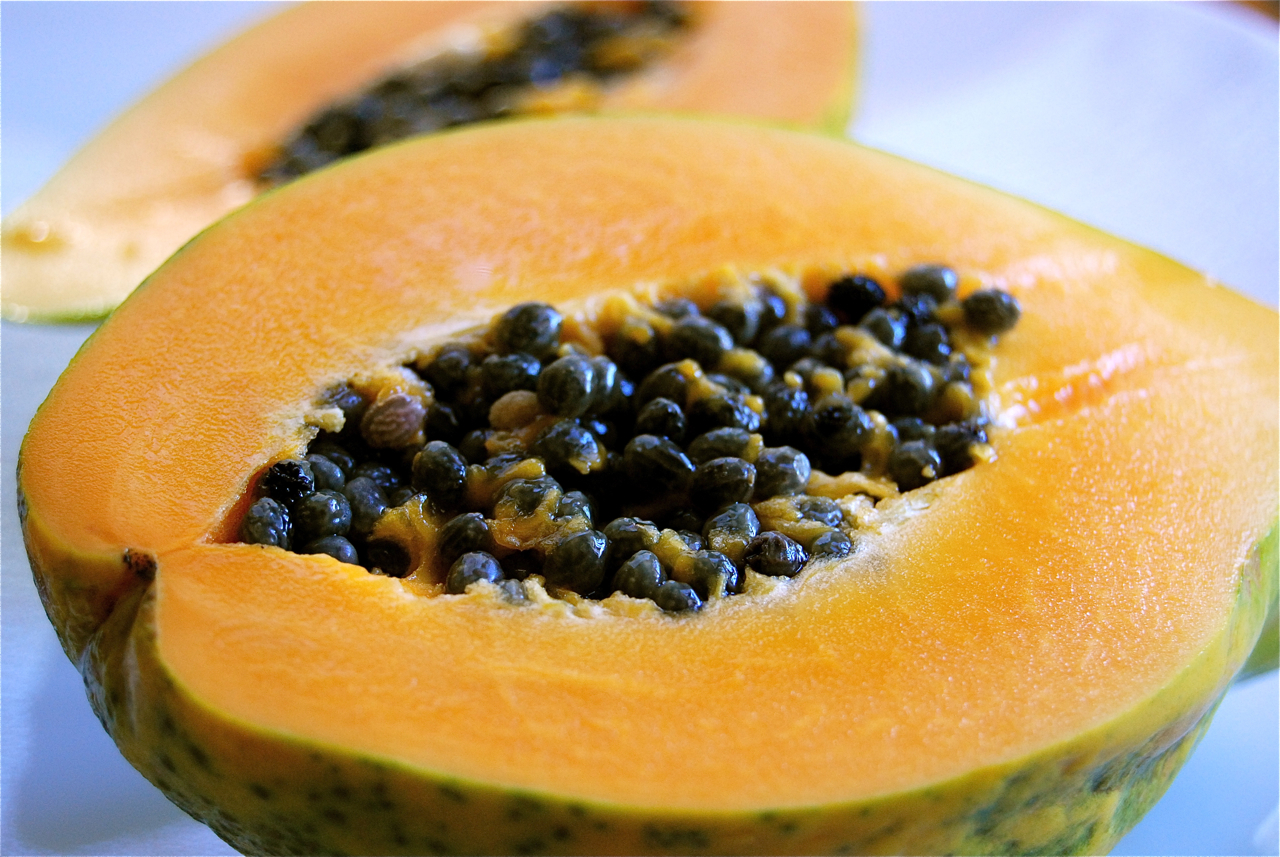 The most controversial claims by supporters focus on increased yields and reductions in pesticide use. Some have claimed that biotechnology saves the equivalent of 521,000 pounds of pesticides each year, and helps cut herbicide runoff by 70 percent. Critics have pushed back, noting that GMOs in the United States and Canada have not accelerated increases in crop yields or led to an overall reduction in the use of chemical pesticides.

Opponents have expressed concern about contamination, and the unintended consequences of changing an isolated component of an ecosystem. In addition, opponents express concern for less control for farmers, as the research and development is costly, and companies will likely seek to recuperate the returns from investment by selling the patented genetically engineered seeds and plants. They claim that this technology would likely prohibit farmers from owning their own plants.

In the United States, many large-scale farmers do not own their seeds or livestock, but instead lease them and provide labor. This model could be implemented in the coffee industry, as well. This would likely involve successfully germinated GM seedlings and the distribution of young trees. This raises concerns directly related to contamination. The true issue of contamination is that once a gene has escaped, there is no way to recall it.  While some of the Hawaii Papaya farmers argued that GM saved the local industry, other farmers lost their organic certification due to contamination of their crops.

During our research, we came across an apple at the center of a GMO controversy. It was created with a relatively new form of genetic engineering called RNA interference or gene silencing. This apple is engineered not to brown or show age after it is sliced. The reasons for this modification is not climate or yield, but driven by industry.

Concerns were immediately raised by the Center for Food and Safety. When whole apples are sliced, there is an increased risk of exposure to pathogens. Because browning is a sign that apples are no longer fresh, “masking” this natural signal could lead people to consume contaminated apples. We must emphasize that changing the way fruits, like apples or coffee cherries, react to their environments have unknown climate and health ramifications. 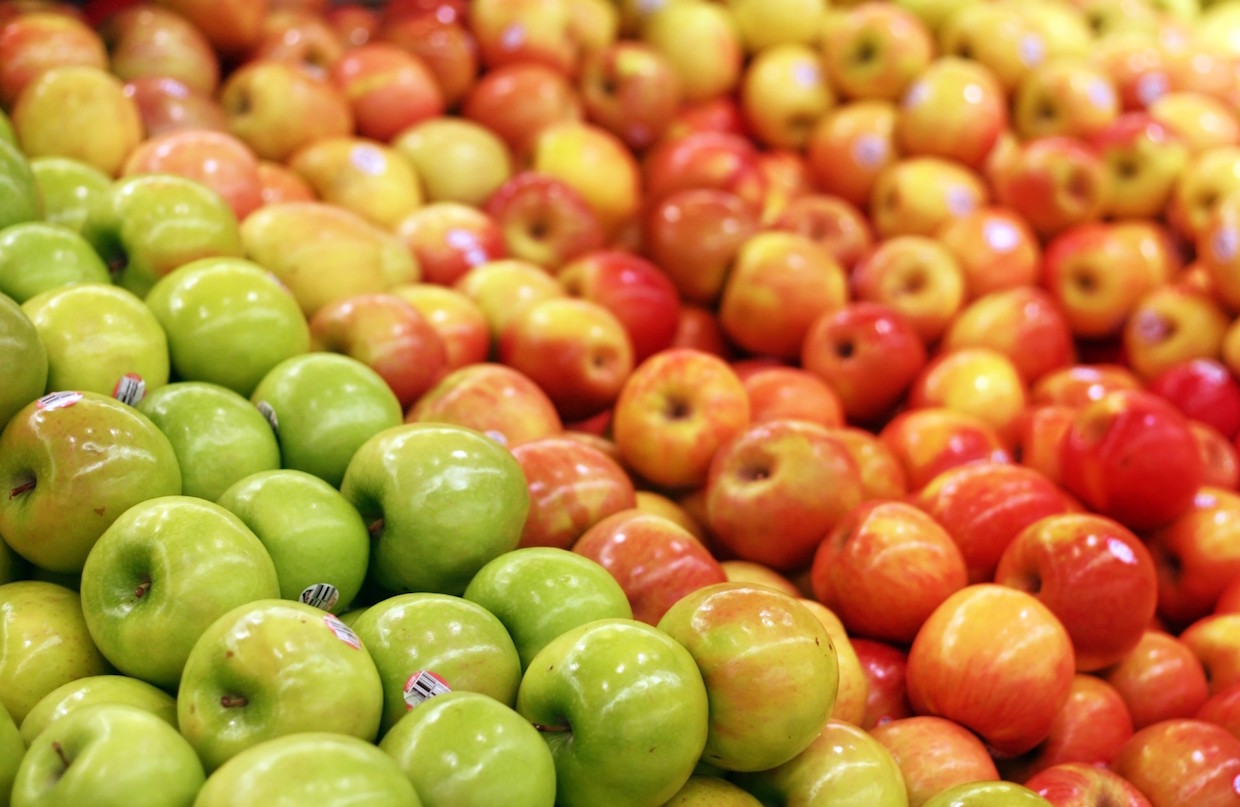 Despite such potential effects, 2016 saw some major political wins for the pro-GMO movement. The FDA issued a labeling guidance document reasserting a previous position that there is no substantial evidence that GM foods are less safe than conventionally grown foods. The Alliance for Science at Cornell University echoed the FDA with an article titled “GMO Safety Debate Is Over.” Despite these wins for biotech, some scientific and food advocate communities are still divided, and have called for more epidemiological and environmental impact, and long-term human studies.

Is it likely to enter the specialty market?

We found one instance of the ability to create GM traits for the effects of flavor. Last month Harry J. Klee, a professor of horticultural sciences at the University of Florida, published a study on flavor chemicals that are deficient in modern varieties of tomatoes. Interestingly, the company isolated genes to locate the genes that produce these chemicals, then used traditional breeding techniques to get their results. While tomatoes are less complex than coffea arabica, it is interesting to note that it has been executed with the assistance of biotechnology without genetically modifying the product itself.

World Coffee Research (WCR), a nonprofit dedicated to improving the livelihood of coffee farmers, is also utilizing genetic research, and using that knowledge to breed coffee plants. WCR Communications Director Hanna Neuschwander explained in our conversation that breeders of tomatoes, onions, rice and other crops — but not coffee — have seen their worlds transformed by the recent advent of molecular breeding. She also shared that WCR is “incorporating molecular approaches to their breeding program with a particular focus on looking for genes and DNA markers related to coffee leaf rust resistance, vigor and yield, male sterility, and cup quality.”

In 2014, the publication Scientific American described this approach:

These modern plant breeders are not genetic engineers. Rather, they sequence the genomes of many different kinds of plants to build databases that link various versions of genes — known as alleles — to distinct traits. Then, they peek inside juvenile plants to examine the alleles that are already there before choosing which ones to grow in the field and how best to mate one plant with another… saving them a great deal of time and labor. In this way, breeding becomes far more efficient.

What should I do if I have a label-driven customer base?

In order to become Non-GMO certified, a technical administrator would evaluate the products for compliance with the Non-GMO Project’s standard. As cited earlier, green coffee is considered a low risk crop. As such, testing of low risk ingredients is not required. According to our research, the technical administrators that provide service for Non-GMO verification do not require a lab test. Therefore, the Non-GMO certification can be purchased by green coffee importers and roasters alike without scientific testing. 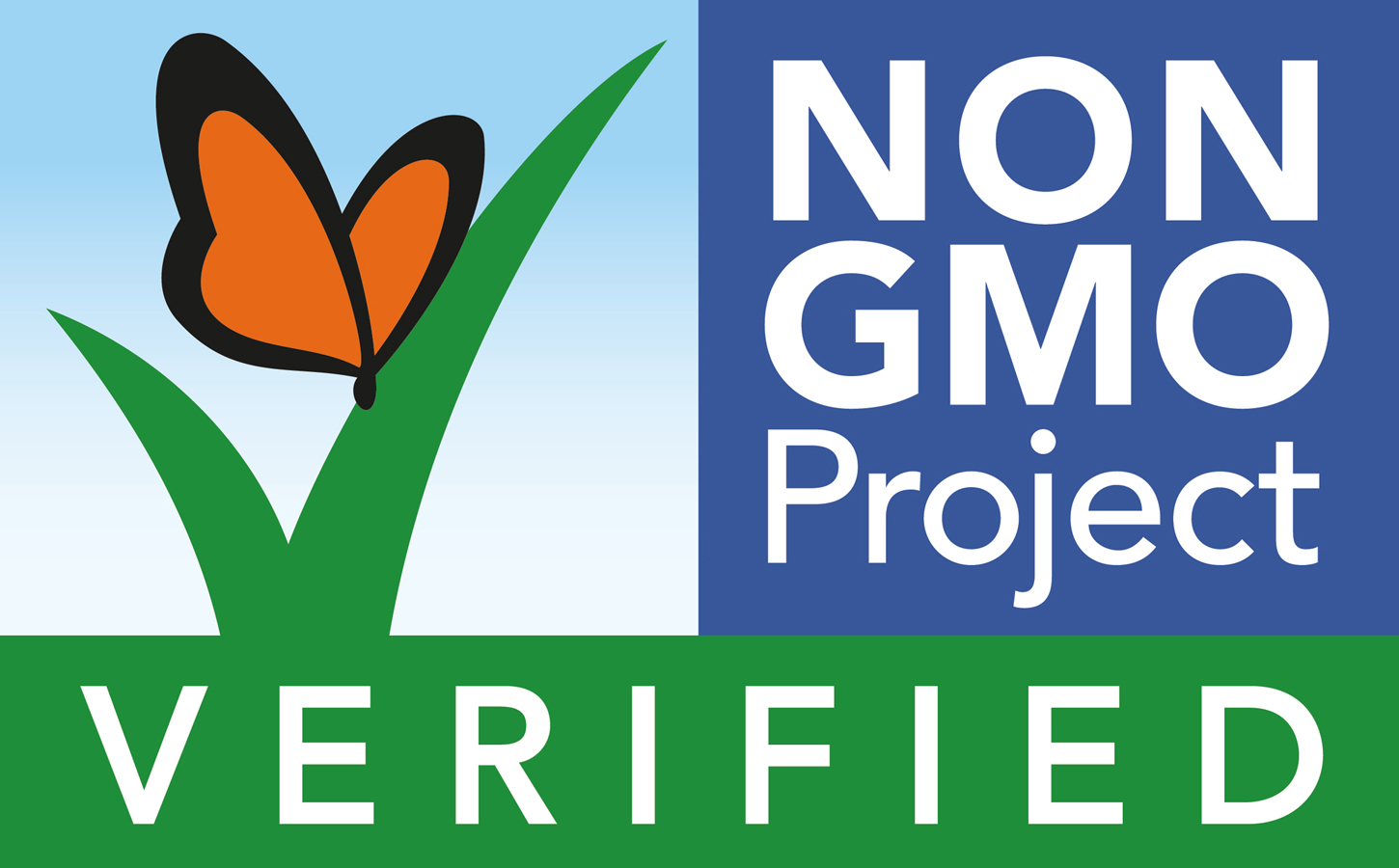 At this time, Royal has decided not to become a Non-GMO certified company. If a genetically engineered coffee becomes available on the marketplace, we will reevaluate our position. Our recommendation for a certification and labeling advocate customer base is to purchase any certified coffee — Organic, Bird Friendly, Rainforest Alliance and Fair Trade certification standards all prohibit the use of GMOs. If the coffee is purchased with any of these certifications, it is acceptable to print on the bag or on the company’s website: “This coffee is Non-GMO.”

The Organic standard, in particular, inspects for seed and plant sources, performs lab tests for high risks crops and is regulated by the USDA. We also encourage roasters to acknowledge that there are no GMO coffees available on the market. A simple statement could read: “There are no GMO coffees commercially available. Should they become available, we are committed to providing traceable, certified coffees that are free of genetic modification.”

Availability of coffees that hold any of these four certifications can be found on our webpage by applying the certification filter here.

Colleen King and Rosi Quiñones
Colleen King has worked in coffee education and farmer justice in Chicago, Los Angeles, Portland and the Bay Area. Her work has been published and featured at the International Food Studies Conference and Life & Thyme Magazine. Colleen’s career experience includes wholesale, build out design, quality control, extraction and cupping. She recently joined Royal Coffee as a sales team associate and works with roasters of all shapes and sizes throughout the U.S. Rosi Quiñones is an agronomist from The National Agrarian University in Lima Peru, with a focus in sustainability. She currently focuses on Royal’s certifications, audits, food safety and quality assurance. Rosi first fell in love with coffee and cacao farming while training as an organic auditor in Peru’s rainforest. She moved to the US in 2015 and loves learning from Royal’s near 40 year history. She is passionate about social justice, organic agriculture, agroforestry and the potential of coffee and cacao to connect cultures and promote a more equitable sustainable world. When not at Royal, she enjoys doing math homework, music and walking by the creek with her pups.

You may want to read this then..

A friend has just returned from Colombia. He visited a small coffee plantation. The owner told him that the Colombian Govt will only buy coffee grown from Monsanto plants, forcing him to grow them.