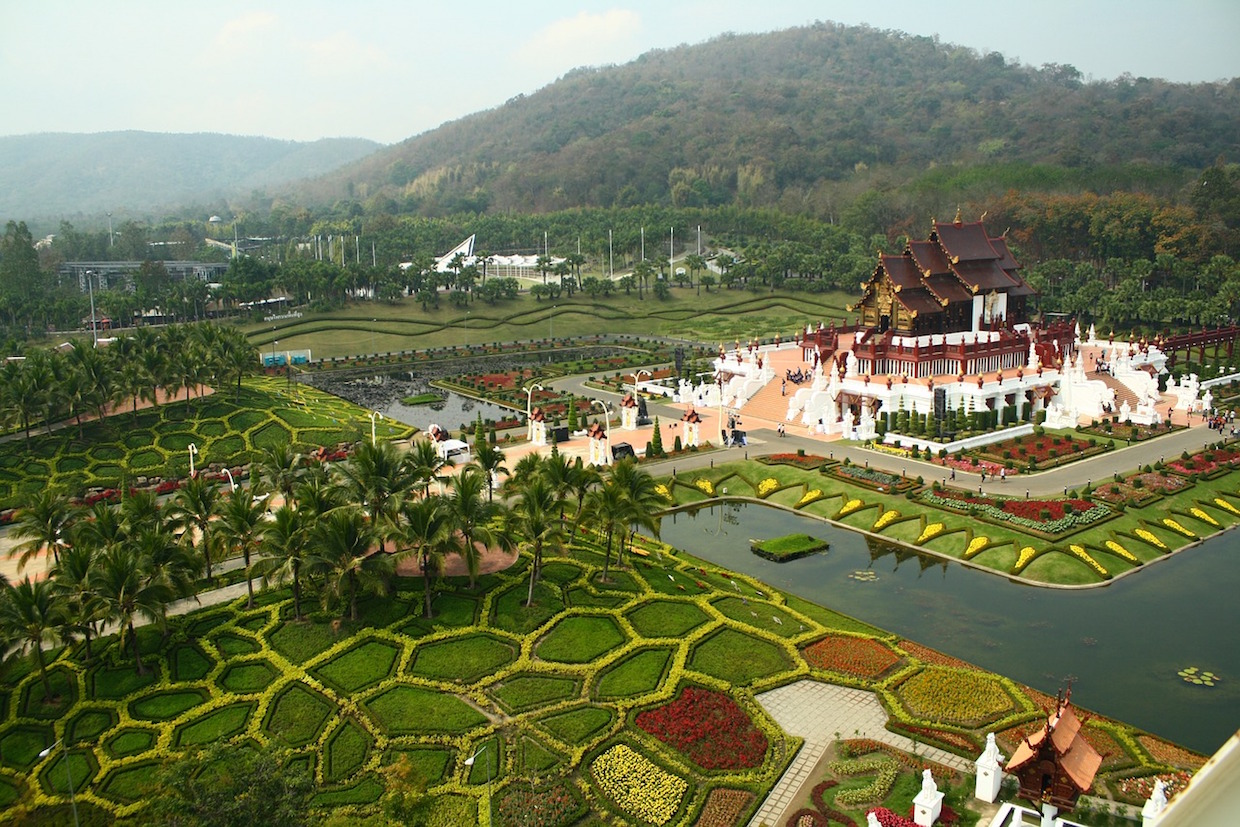 Situated in northern Thailand and a popular travel destination for its ornate Buddhist temples, Chiang Mai has a deep connection to coffee — one that has extended in recent years from production and trade to roasting and retail.

In Thailand’s primary arabica-growing region, Chiang Mai is also one of the few cities in Thailand where the weather gets cool enough — at least for a month or two out of the year — where the craving for a hot beverage might compete with that for iced coffee.

The region’s arabica market can be credited in part to the previous king, Bhumibol Adulyadej, who initiated the Thai Royal Project in 1969, encouraging people in the northern highlands to invest in sustainable industries. The goal was to alleviate poverty and create a more environmentally friendly economy, while curtailing “slash and burn” farming practices associated with opium production.

As a “forest crop,” coffee made sense as an alternative, yet production has fluctuated since Thailand first began exporting coffee in the 1970s. While International Coffee Organization statistics from the 2015/16 year show that Thailand exported 500,000 60-kilo bags of coffee, domestic consumption reached 1.2 million bags. In Chiang Mai, these two worlds collide.

Today, it’s difficult to walk a block on Chiang Mai’s Nimman Avenue without bumping into someone peddling coffee — weather in a fancy, glass-encased building with copious AC and wifi, or from a cart parked on the street corner. Big chains like Starbucks are also represented, but there are dozens of quaint spots that can be a bit harder to find. Here are a few starting points in the guide to Chiang Mai coffee: 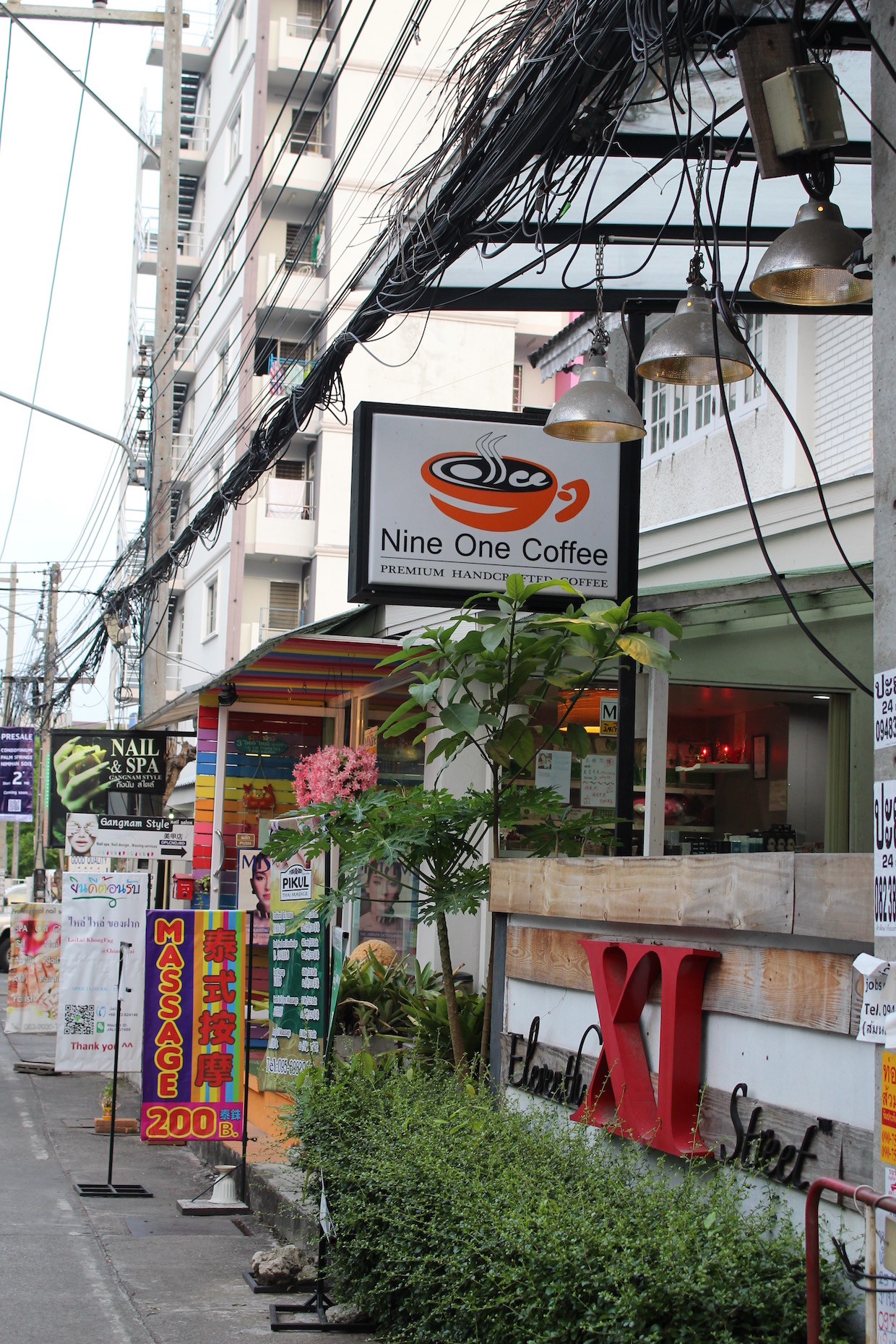 The story behind Nine One Coffee is beautifully simple. A local man named Wullop Pasananon obtained a plot of land on the outskirts of Chiang Mai. He learned that it was perfect for coffee growing and started teaching himself everything about coffee. Now he grows, roasts, and brews coffee for his own shop. As his business has grown, he now also supplies wholesale coffees to surrounding shops. 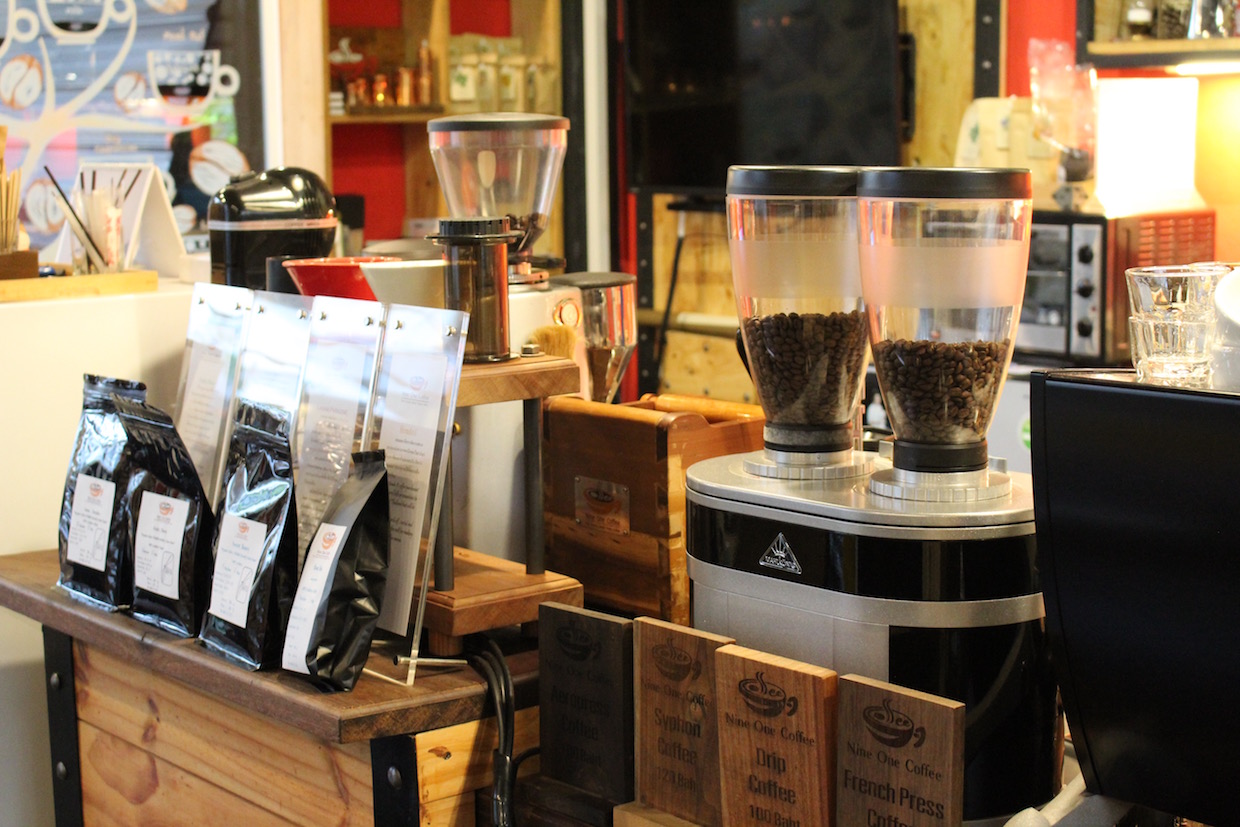 Nine One is tucked into a sides street off Nimman Road. Its quaint decor and friendly staff offer an unassuming atmosphere amid the bustling Nimman neighborhood. (Map it) 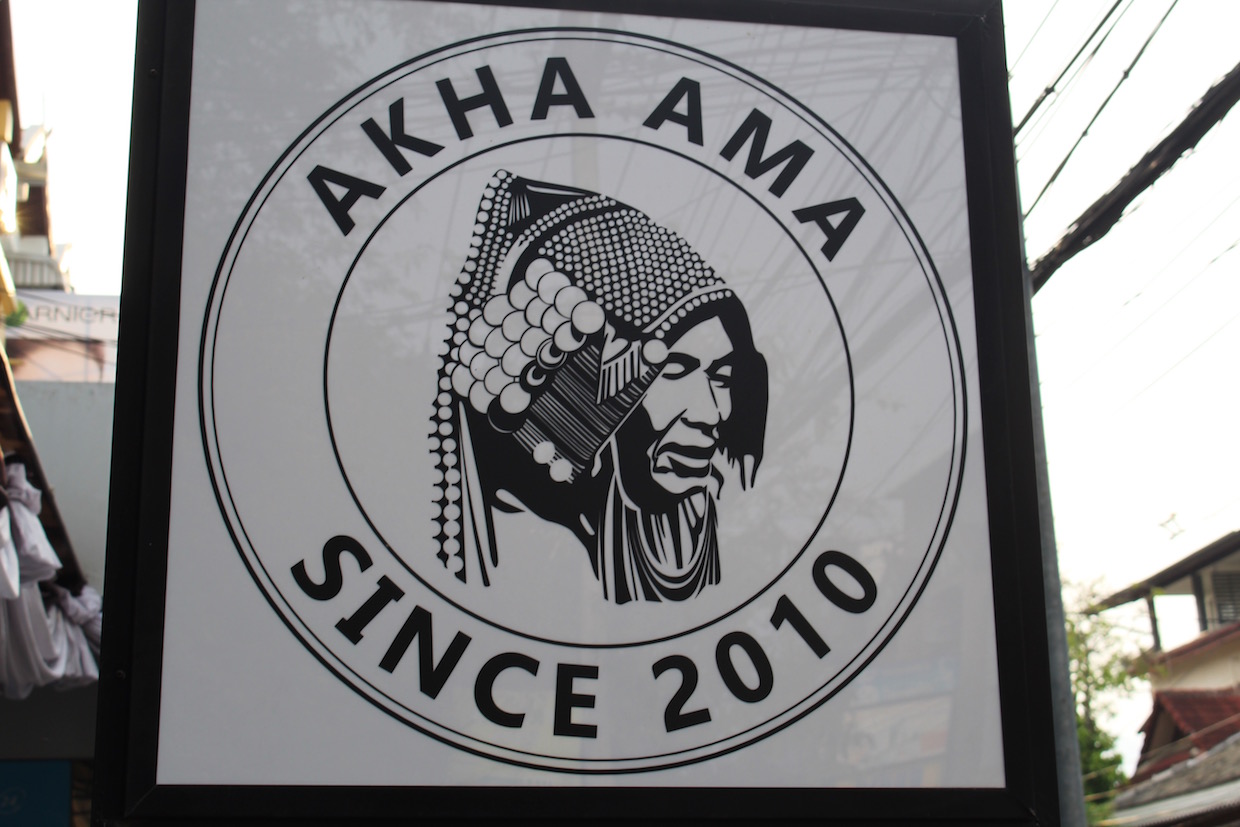 Akha Ama is another company that ties all of Chiang Mai’s coffee elements together, acting as green coffee producer and roaster while boasting a lovely shop presence in the Old City neighborhood. Finding success domestically as well as through coffee tourism bolstered by international media profiles, Akha Ama has helped to define the seed-to-cup concept in Chiang Mai under the ownership of Lee Ayu Chuepa.

The name Akha Ama comes from a combination of the hill tribe that produces this coffee and the Akha language word for mother, respectively. In 2010, the Akha people stopped selling coffee in cherry to middlemen and instead implemented intercropping and multicropping to help create differentiation, while marketing and selling the coffee themselves. The project proved so successful in building quality that the coffee was in later years selected as a compulsory coffee in the World Cup Tasters Championship. (Map it) 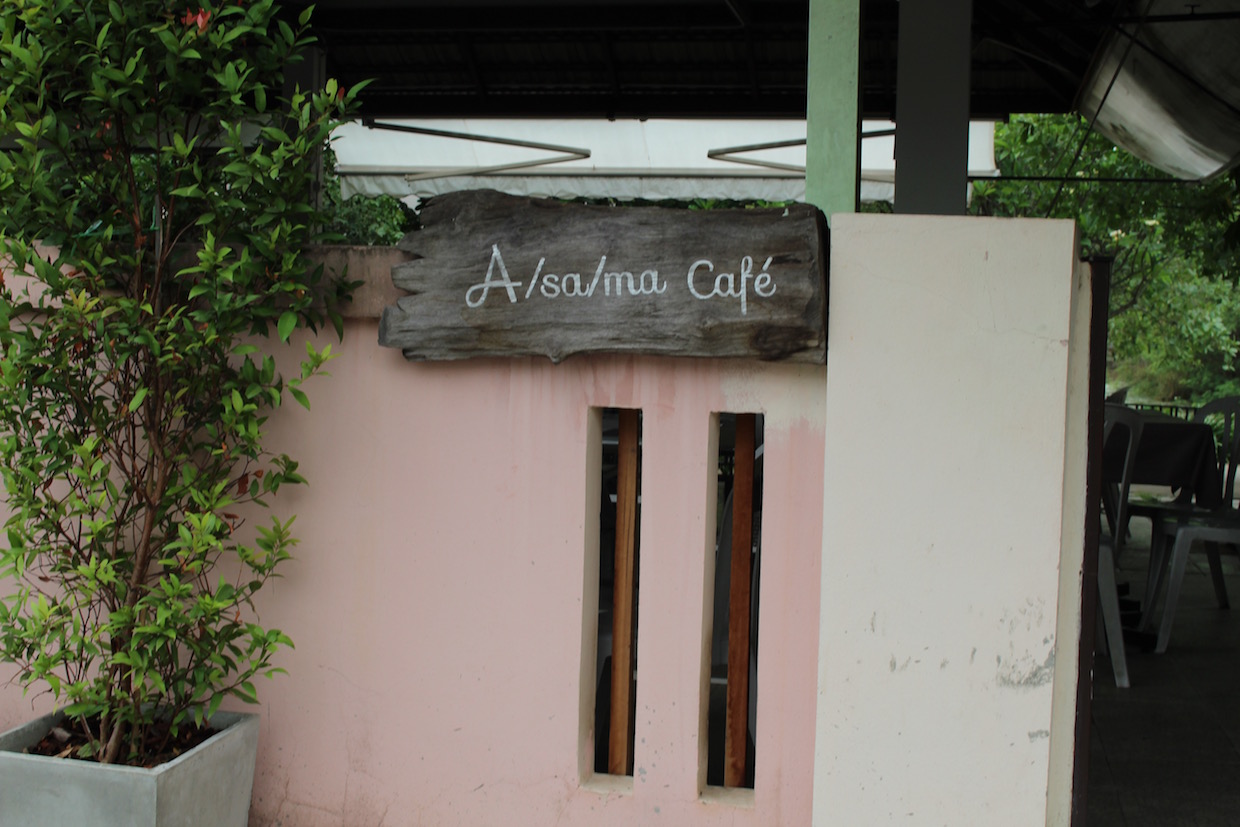 I went to Asama Cafe the morning before a flight down to Bangkok. As it turned out, Asama is located well off the beaten path. My ride from the west side of the Ping River to a neighborhood on the southeast edge of the city left both the driver and myself confused. 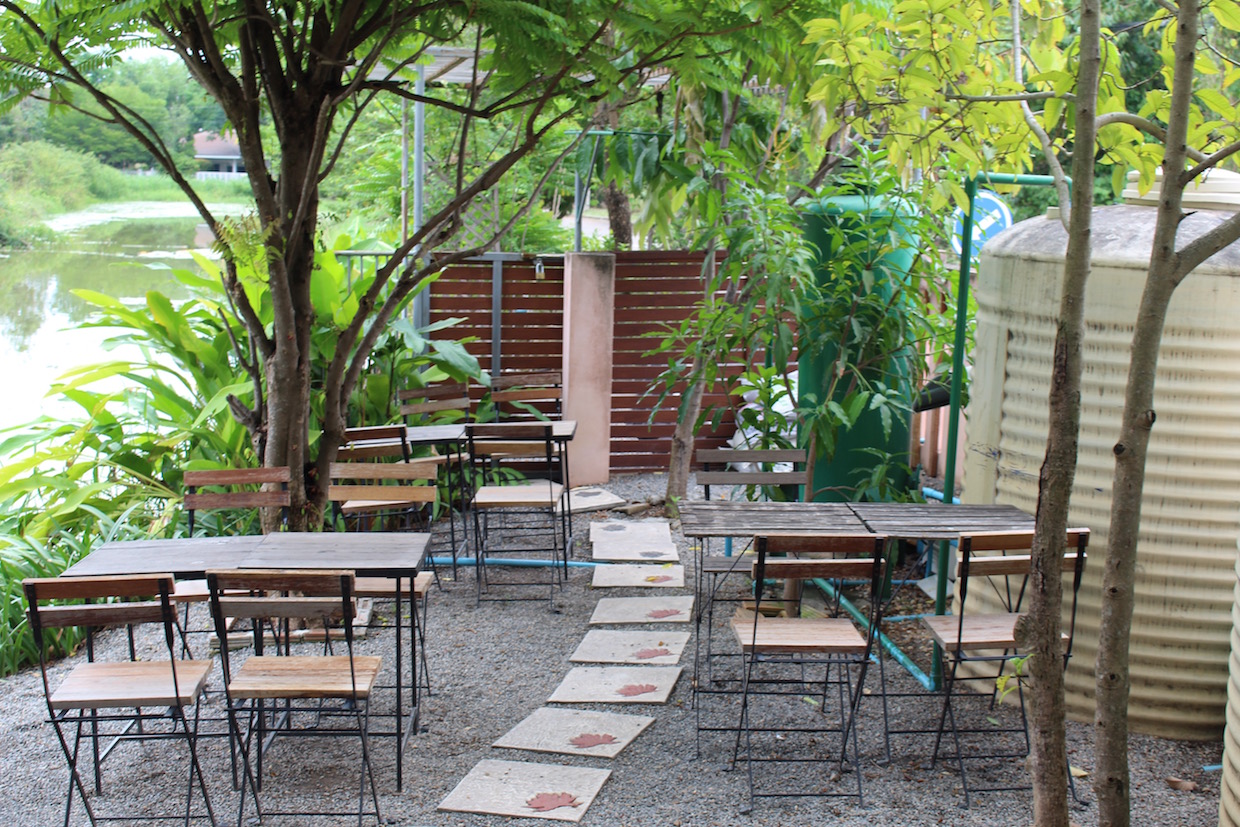 Eventually we found a pink wall with the Asama sign, and once inside I encountered a small square with a two-group Kees van der Westen espresso machine atop the counter, opening to a wide window overlooking a calm lake. Owned by a WBC-certified judge who goes by the name Mook, the cafe features coffees from renowned roasters from throughout the world, including on my visit an offering from Madcap Coffee from my home state of Michigan. (Map it) 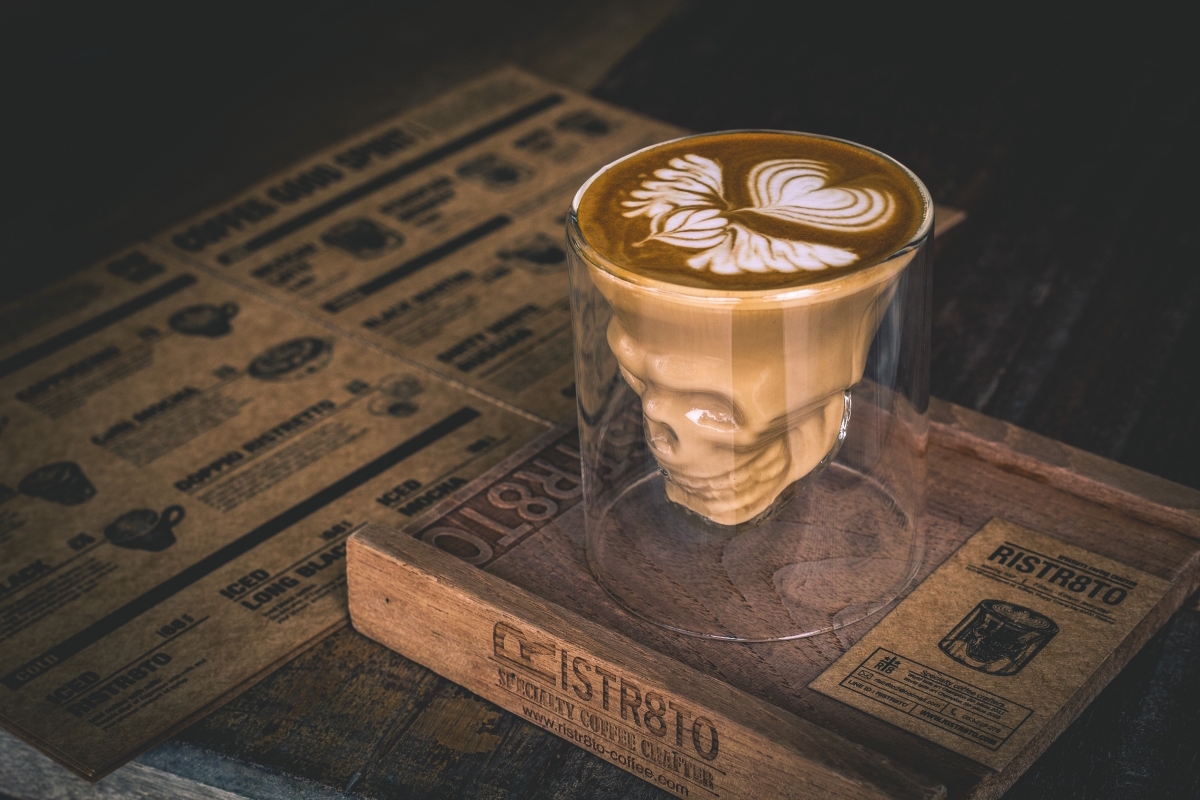 Claiming inspiration from Australia to San Francisco, the Ristr8to Lab is the third retail café for Chiang Mai-based Ristr8to. It boasts three distinct areas: the self-explanatory Roasting Lab; the Cult Coffee & Coffee in Good Spirit bar, which features “cult” coffee favorites from roasters around the world in signature alcoholic and non-alcoholic drinks; and the “Satan Coffee Corner,” where Ristr8to features its own single-origins through multiple manual brew methods. 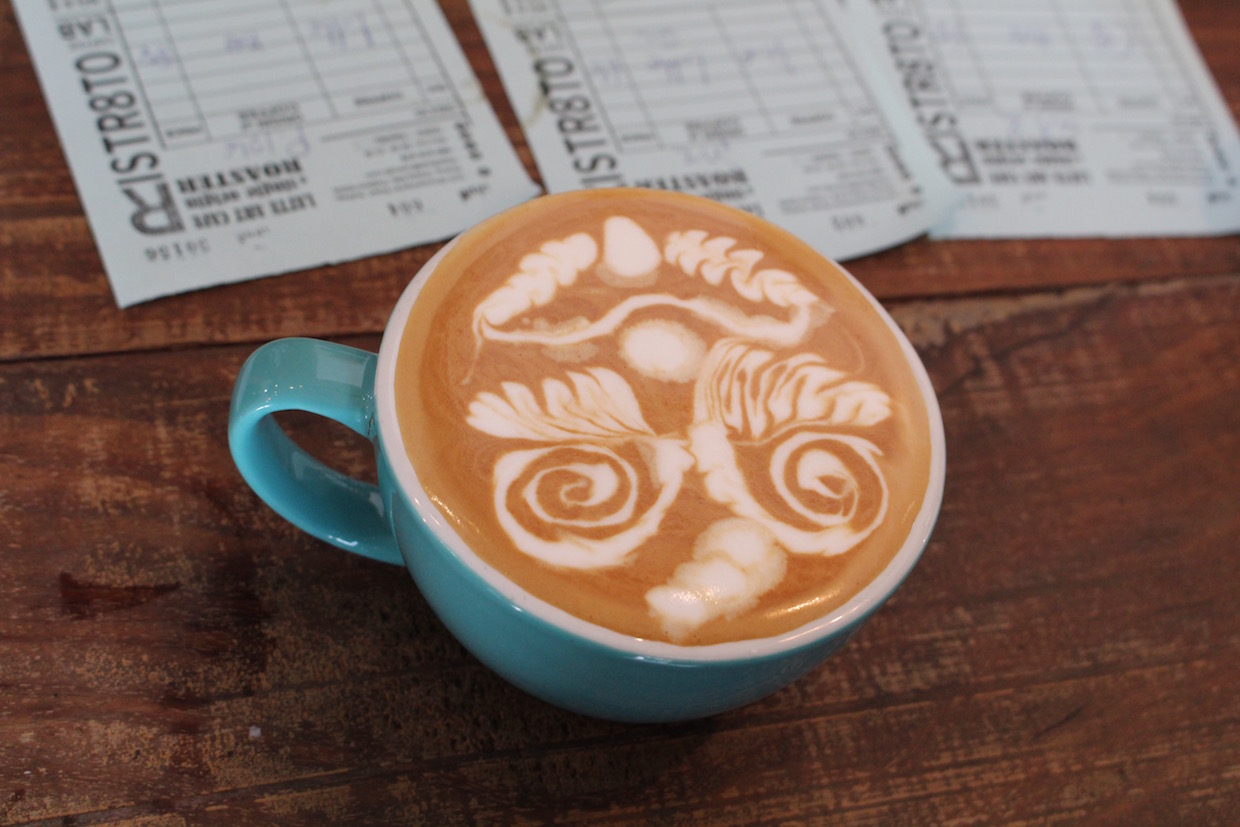 If you’re lucky enough, you might just be treated to a dazzling foam-top creation poured by the hands of Thailand Latte Art Championship winner Arnon Thitiprasert.  (Map it)

Edie Wilson
Edie Wilson is a writer and photographer based in Chiang Mai, Thailand, and Lansing, Mich.

Here’s a list of Chiang Mai Coffee Roasters that I’m working on! Check it out:
http://www.chiangmainine.com/2019/01/10/chiang-mai-coffee-roasters/