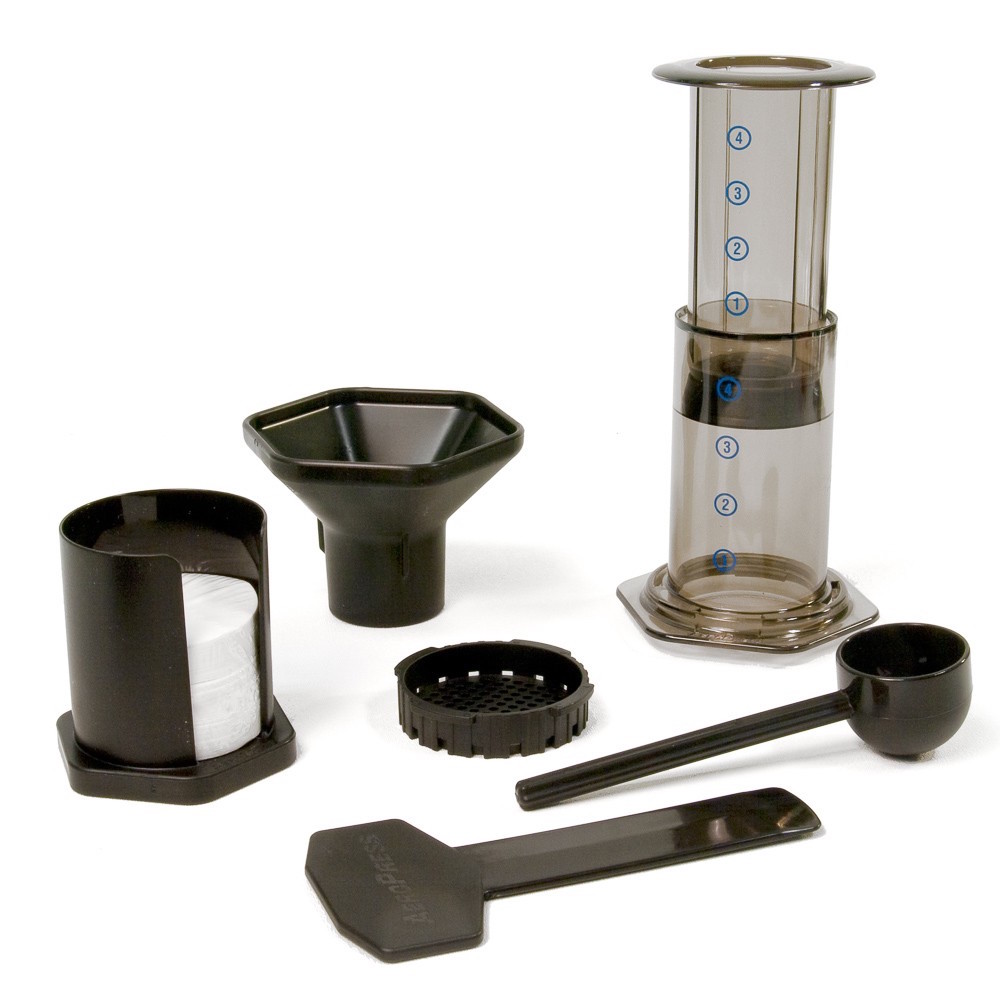 The Aeropress coffee maker, which has been one of Aerobie Inc.’s two major products since the brewer’s 2005 launch.

A Spin Master representative has confirmed with Daily Coffee News that the Aeropress is not part of that acquisition, which is primarily intended to expand Spin Master’s outdoor segment through acquisition of the Aerobie flying ring.

Sprudge reported last November that Adler was seeking to sell the company, including Aeropress assets.

I wish I had a stainless steel aeropress. Just ’cause.