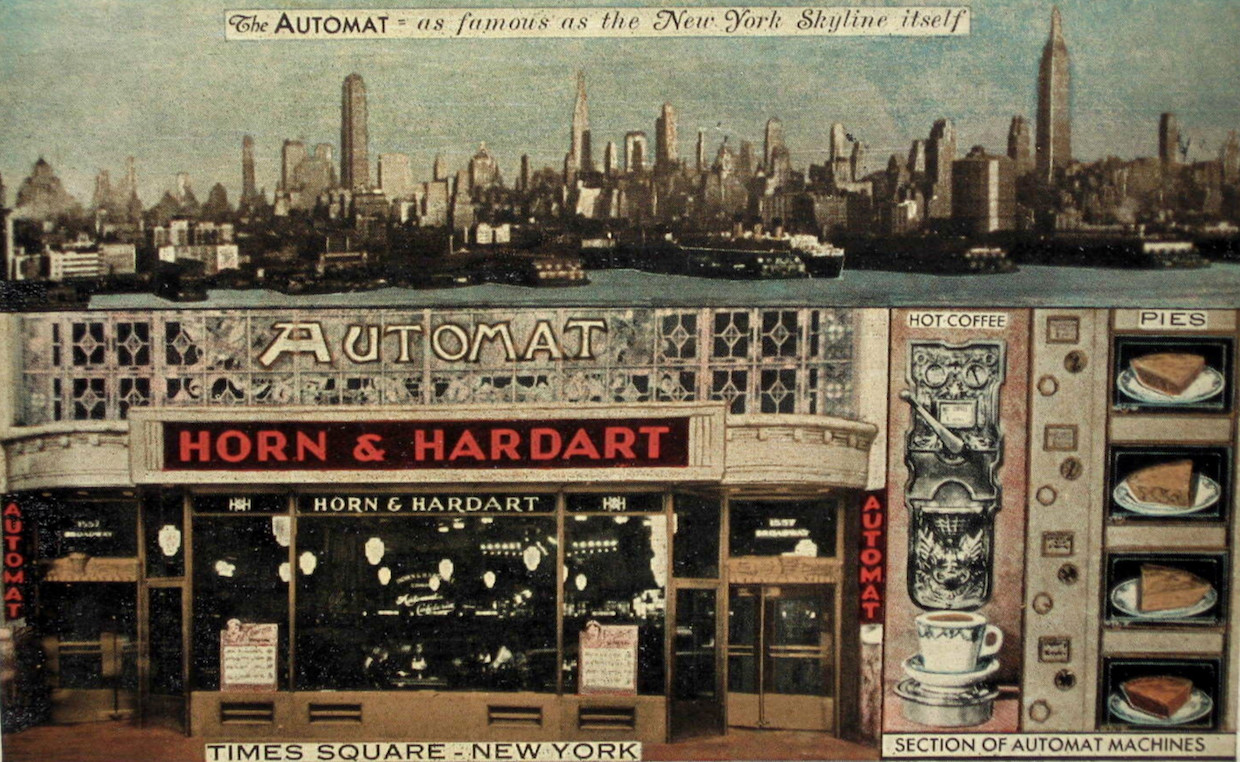 Good news for those of you who’ve been jonesing for your Horn & Hardart coffee since the last of the iconic brand’s automats shut down in 1991: The internet has really taken off, and you can now get it there.

From its first diner in Philadelphia in 1888, Horn & Hardart went on to become the preeminent automat chain in the United States, with more than 150 locations throughout Philadelphia and New York during the company’s peak in the 1940s and 1950s, serving customers a range of prepared foods from coin-operated automatic vending machines. 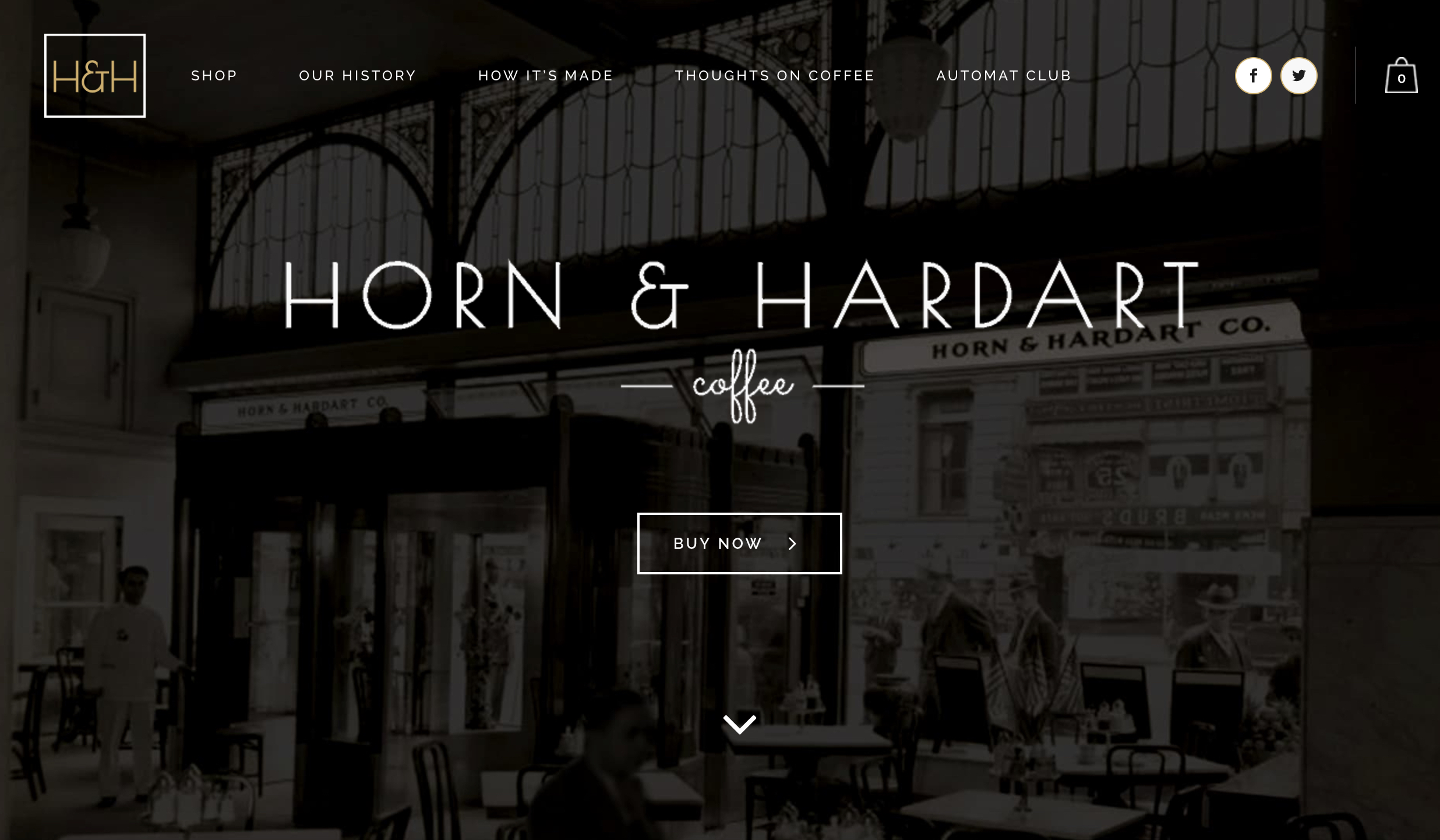 The homepage of the newly launched Horn & Hardart Coffee website.

Under the new name Horn & Hardart Coffee, the brand is being revived by business partners who originally attempted to revive the company from bankruptcy in the 1990s. As the name suggests, the company will be focused on coffee — as opposed to bygone Horn & Hardart automat classics such as fruit pie, Chicken a la King or creamed spinach — offering a simple lineup of three coffees through direct-to-consumer online sales and subscriptions in its “automat club.”

“Our goal is to bring Horn & Hardart coffee back to relevancy — make it as significant as it was in its heyday,” said Al Mazzone, who originally purchased the H&H assets in 1991 and brought back H&H-branded food products to grocery shelves. Now Mazzone and his wife and co-owner Dawn Mazzone have partnered with entrepreneurs John Tooher and Dan Lievens, enlisting the private-label services of a local roasting outfit to revive the H&H coffee brand. 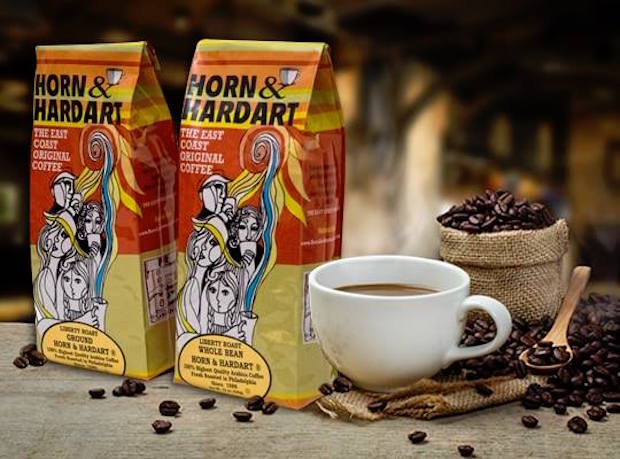 “Throughout its inception and growth, Horn & Hardart was always focused on quality coffee. H&H introduced the first fresh-drip brewed coffee to Philadelphia and New York, which replaced a boiled process, and a fresh batch was brewed every 20 minutes in each location,” the company said in an announcement of the brand relaunch. “In the 1950s, automats sold more than 90 million cups of fresh-brewed coffee each year and became known as having the best coffee on the East Coast. But times changed and it became impossible to support so many large Automats as smaller, less expensive fast food chains emerged.” 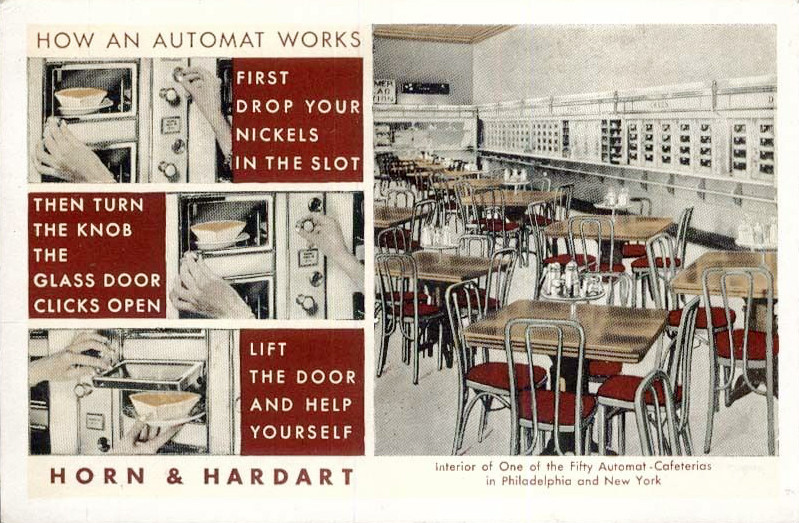 Mazzone said that in trying to replicate the company’s original coffee blend — the first blend was actually augmented by chicory in the New Orleans style absorbed by original H&H co-founder Frank Hardart — he pored over old shipping records to find origin locations, discovering coffees from Colombia, Costa Rica and Brazil. Coffees from those countries now go into the reinvented H&H flagship blend, called the Liberty Roast. The company is also offering a decaf blend and an espresso blend, while all three blends are available bagged in whole bean or ground forms, or in capsules. 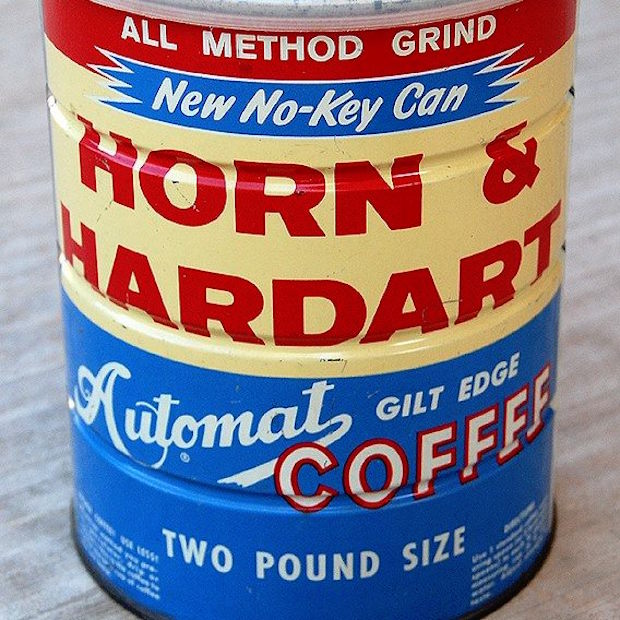 “We’re really excited about reigniting a national treasure that has been dormant and rekindling excitement in the generation that yearns for a side of nostalgia with their cup of Joe,” Tooher said in the H&H announcement. “Our challenge at the same time is figuring out how to appeal to a younger generation of coffee lovers who are new to the H&H name.”

I drink black coffee exclusively. Usually stick to my particular brand but H&H tastes perfect black. Can’t recommend it more! Signed up for a free month and will def continue my subscription Automat Club

The history of Horn & Hardart is pretty fascinating! I’ve always heard my family members talk about the Automat and how much they loved it when they were younger. Definitely an interesting read: https://hornandhardartcoffee.com/history-horn-hardart/

MY GRANDFATHER JOSEPH PURCELL WAS THE FIRST EMPLOYEE OF H & H MR. HORN
ASKED HIM TO BE HIS PARTNER, BUT HE DID NOT HAVE THE MONEY. HE & MR HORN
HAD A FOOD STAND SOMEWHERE IN PHILA. MY GRANDFATHER WORKED FOR HIM
AND STILL CONTINUED TO WORK FOR HIM AFTER HE WENT INTO BUSINESS WITH
MR HARDART. MY FATHER HARRY PURCELL WAS A MANAGER AT H & H HE OPENED
THE RESTAURANT ON 54TH & CITY LINE AVE. THE FIRST REAL CLASSY RESTAURANT
H & H OPENED . I DO HAVE SOME LITERATURE ON THIS .

Loved the automat! Grew up in NYC.

I have been buying H&H coffee (Liberty and Espresso roasts) since I discovered the brand’s reintroduction. As a native Philadelphian, I have nothing but fond memories of the Automats and the other H&H restaurants that once were all over Philly. The coffee is just superb – and I canceled my almost 30 year subscription to Gevalia coffee in deference to the superiority of the H&H coffee! I hope this venture is successful – the coffee is just great!

Albert Mazzone, owner of Horn & Hardart coffee co sold me the rights to a Horn & Hardart coffee and donut shop in the state of Florida. I built the coffee shop in Boca Raton, Fl. Cost me over $160,000 plus his fee. I was required to display and sell only Horn & Hardart Coffee. The only problem is Mazzone never sent me Horn & Hardart Coffee. The supplier, Ellis Cofffee company was directed by this Mazzone con man to supply me with a cheaper brand and not in Horn & Hardart packaging. Mazzone told me it was exactly the same thing but don’t display it yet as he was having an issue getting it to Florida. I never received Horn & Hardart coffee. Just an inferior brand. Most customers left 1/2 their cups of coffee at there tables. They commented that it was undrinkable and within 5 months I was out of business. Never received the Horn & Hardart coffee. Mazzone told me to sue him knowing I lost most of my money in the business failure and he had heavy hitter Attorney’s as partners. He then laughed. Now he runs from me by blocking my calls, FB and E Mails. He thinks it was funny but he was happy to receive my $29,500 fee, up front, to use the worthless Horn & Hardart name and coffee. Warning to you: be wary of what he tells you and what you buy. He’s a liar and con man. I have all the documentation and E Mails so if Mazzone ever reads this, I hope he sues me. I have an iron clad agreement with him for 20 years. If he ever stopped hiding, I’m in Florida, and we met up, one of us would would have a problem and it wouldn’t be me. He’s a little weasel. Be wary. Nothing he says is true.

Being born and bred in Manhattan, I have many memories of he city; however, some of the fondest are those associated with eating at H&H. My favorite feast was, after obtaining the requisite number of nickles from the women, with stained fingers, sitting in the change booth, the cup of baked beans, the fish cake, the lemon meringue pie and, of course, the hot chocolate from the “lion’s mouth” spout. At other times, I would give the cafeteria section a try having the mashed sweet potatoes, the baked beans and the ham, sliced not too thick. This was followed by the pie of the day and a coffee. Always, there were glasses of ice with a lemon waiting for a thirsty person to fill the glass with water and drink of it, especially on a summer’s day. When I leave this earth, I hope to wake up and find I’m in an H&H. If I have nickles in my pocket, I’ll know I’m in heaven.

Hey, Al Mazzone alias Mr. con man. I still own the licencing rights and the name to Horn & Hardart for all of Southern New Jersey. I plan on opening my trolley car concept, Horn & Hardart Beef Au Jus soon. Try to stop me. I have an iron clad contract with you that you illegally weaseled out of in Florida but not in South Jersey. I’ll also be selling Horn & Hardart coffee but I won’t be getting the garbage substitute coffee you were sending me in Florida claiming it was Horn & Hardart brand. That garbage coffee put me out of business in Florida. We’ll see what happens in Jersey.
See you in court. Whatever and however long it takes to get my licensing fee back from you will be done.
Regards,
Your former exclusive Master Franchise Distributor for all of Florida and all of South New Jersey, Steve Cohen. Your worst nightmare.

My father loved the pumkin pie at H and H. I was born in 1954 and have fond memories.

Horn & Hardart brand is iconic. The coffee distribution part of today’s H&H is owned and run by a con man, Albert Mazzone. Just be careful out there. He’s only in it to make some big bucks and it really doesn’t concern him what kind of scam he has to put out there to sell rights to Mom & Pops out there who want to go into business and sell his coffee. He’ll sell them off brand coffee representing it as Horn & Hardart coffee and old Mom & Pop will lose their shirts so this Mazzone character can make a few extra bucks supplying them with cheaper brand X coffee. I’ve been there and he did it to me. Sold me the rights to market his coffee if I’d set up a retail coffee shop. The garbage off brand coffee he supplied me with put me out of business. Be careful. He’s not an honest man. Hey Al, if you don’t like to see your name in the gutter like I’m doing, sue me. You can’t because I have all the invoices and E Mails. You’d lose. Don’t think so. Try it. Can’t wait.

How are the trolley cars coming? I was planning a scenic tour of Camden and hoped to grab some Roast Beef when I passed (very quickly) through…

Donny Lovejoy,
Do we know each other? You seem to know about our plans to open the Horn & Hardart Trolley car French Dip concept in South Jersey but your comment ends abruptly at the word “passed through” without explaining who you were. You may also know about my issues with the con man from Horn & Hardart coffee and franchising, this Albert Mazzone character.

Donny, Are you familiar with the concept? Mazzone? The background of Horn & Hardart French Dip?
Steve

I still miss it.

This H&H coffee venture failed due to the pandemic. It was great while it lasted. The best coffee ever. Al Mazzone tried his best!