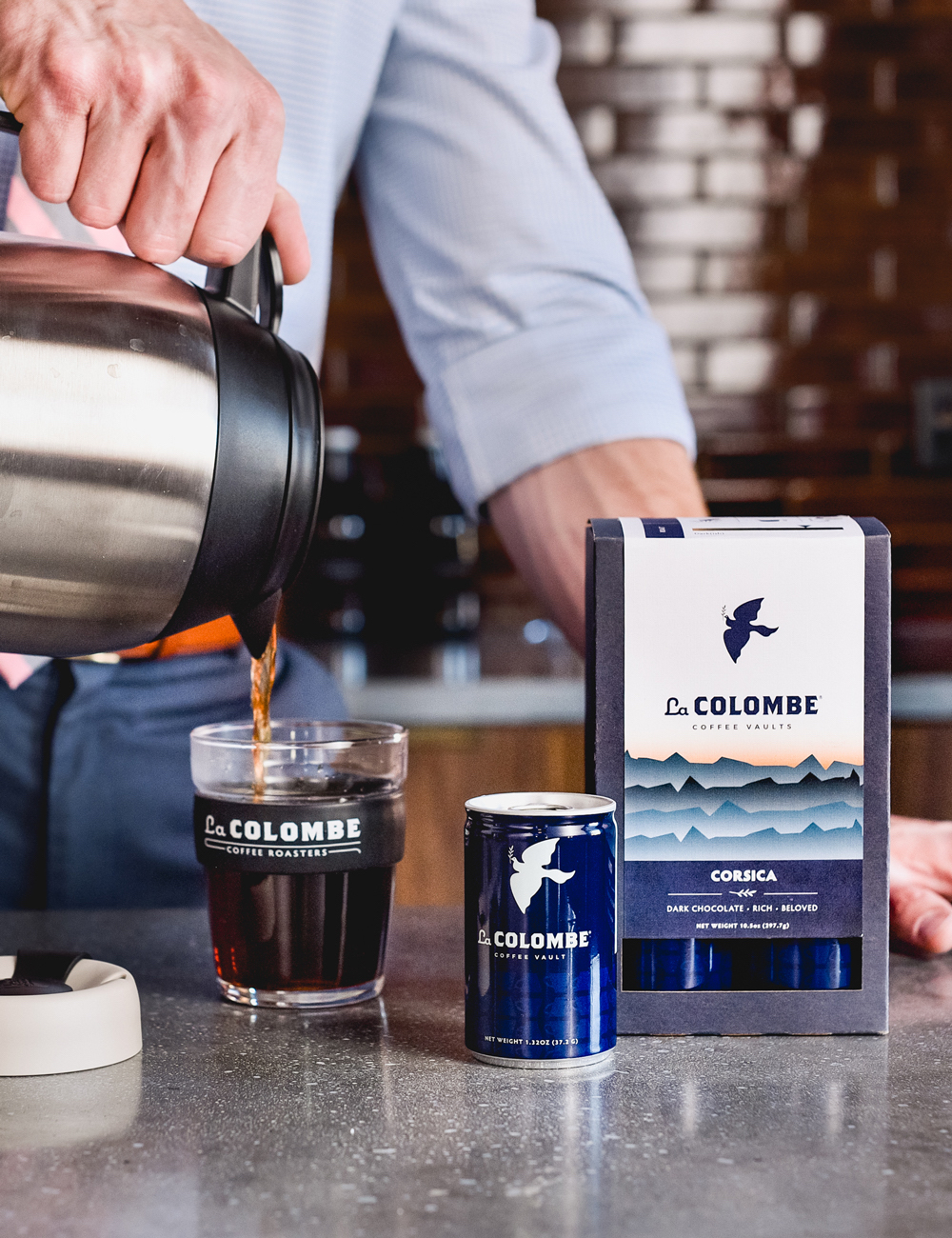 While Philadelphia-based La Colombe Coffee Roasters has retail café locations in New York, Washington D.C., Los Angeles, Boston, and Chicago, an equally strong focus of the company lately seems to be a push outside the café.

Following up on last year’s release of a canned RTD Draft Latte, the company has just added two new dairy-free flavors to the line: Coconut Milk Draft Latte and Coconut Milk Mocha Draft Latte. And, as if to balance out what carbon footprint savings a vegan alternative might deliver, they also slapped a Draft Latte logo onto a Nascar Chevrolet.

Pumpkin Spice and Peppermint Mocha flavors of Draft Latte are also soon to come with their respective holiday seasons later this year, the company told Daily Coffee News. Yet apart from the RTD, the company is also addressing the DIY with an entrance into the resurgent pre-ground coffee product market: The La Colombe Coffee Vault, a pressurized can of coffee ground for drip brewing — or, for the Dragon Brewer, should one be so inclined. 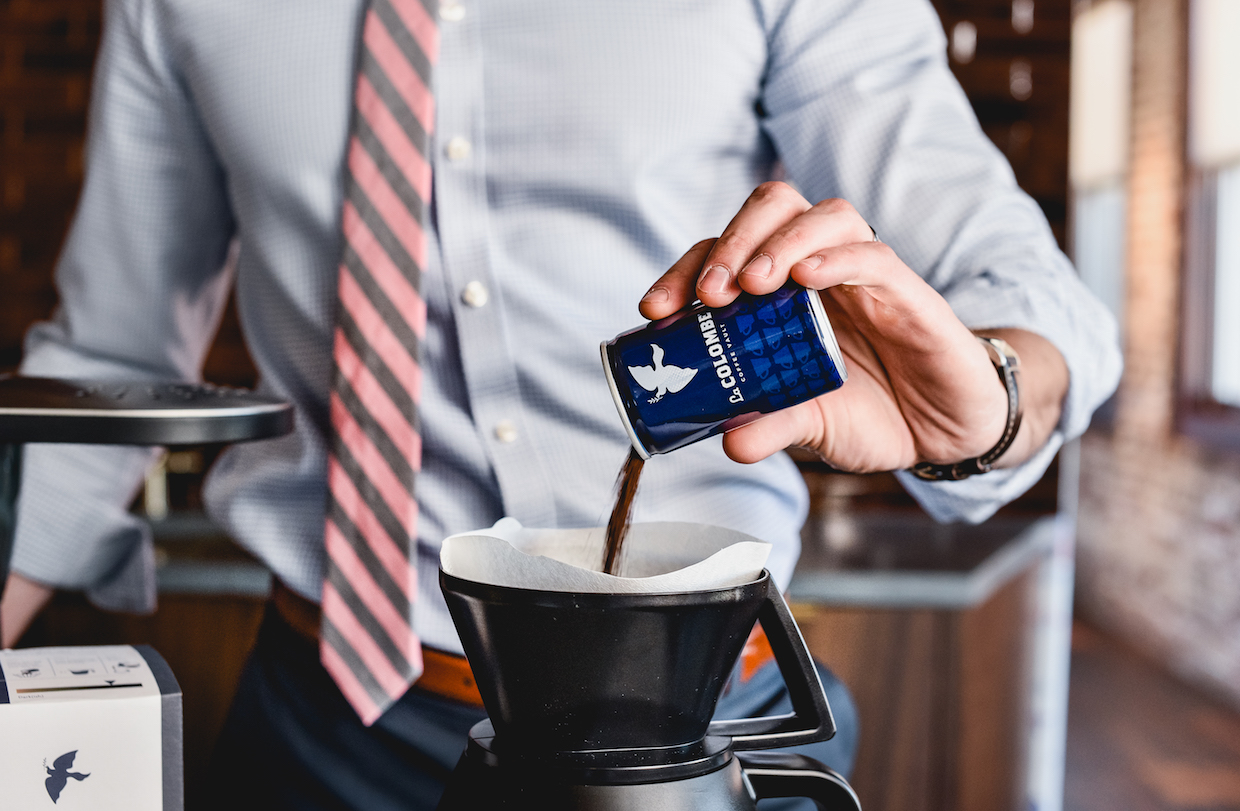 “By preventing the coffee from degassing completely, we significantly retard, or slow down, the aging process of the coffee,” La Colombe CEO and Co-Founder Todd Carmichael told Daily Coffee News. “This is something that can not be achieve in vacuuming or any other form of packaging.”

It wasn’t long ago, in an earlier phase of today’s coffee renaissance, that pre-ground coffee was resolutely agreed upon as a no-no. Then in 2013 there came Perfect Coffee, a company that purported to have perfected both grind consistency and a method of halting the ground coffee aging process so that it could be effectively sealed into packets and sold for consumption at a later date while remaining up to the specialty coffee standards.

Blue Bottle acquired Perfect Coffee two years later, and about a year after that, Saint Anthony Industries revealed its own method of responsibly packaging pre-ground coffee, opening the method up to micro-roasters as a production service. All of these products come in the form of packets, allowing canned coffee grounds to remain the stuff of dusty grocery and survivalist bunker shelves. 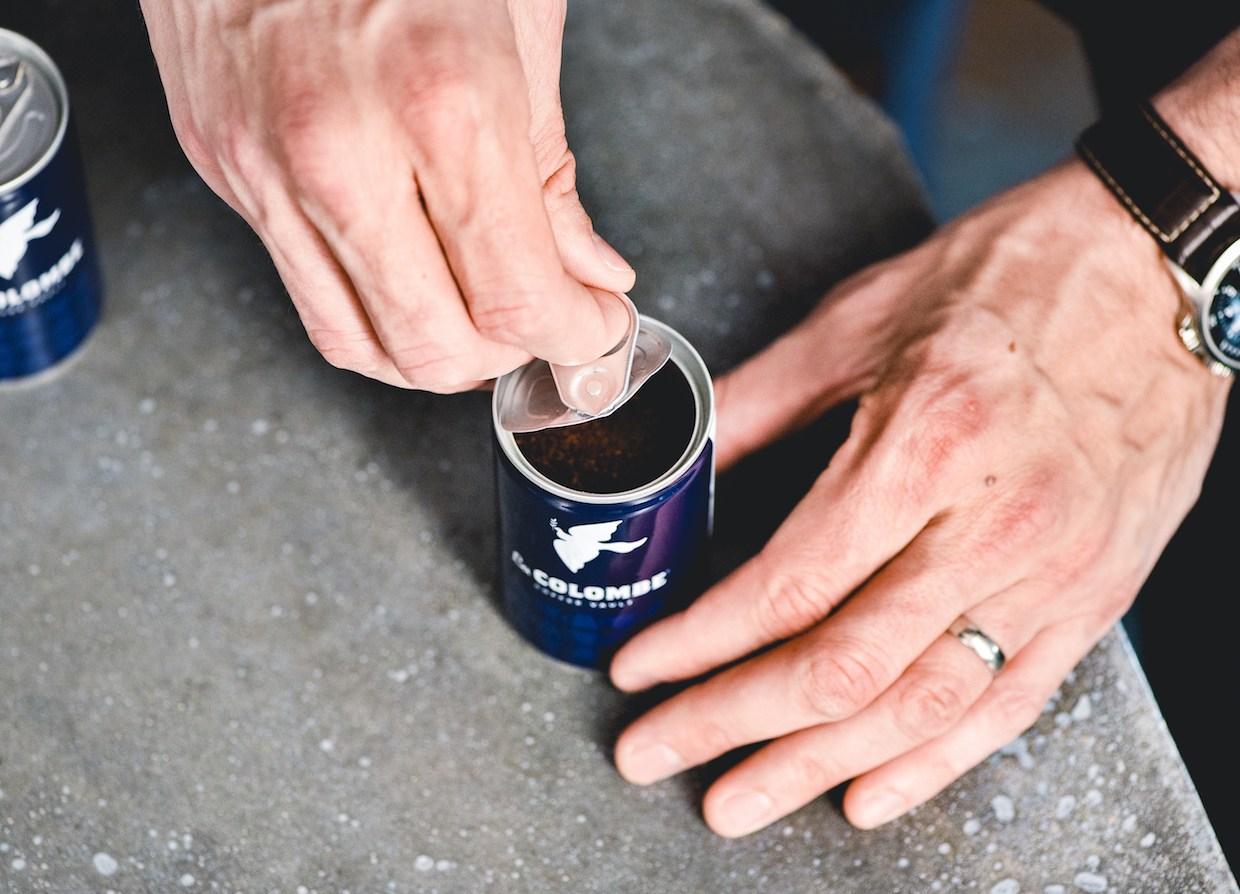 The La Colombe Coffee Vault reintroduces the canning concept, utilizing an all-metal, 100-percent-recyclable, shrink-wrapped MiniVault 150-ml can with a fully removable end, developed by Crown Beverage Packaging. The solid can is pressurized to prevent degassing, providing the coffee with a peak freshness shelf life five times longer than alternative methods, according to the company.

Each can contains 1.32 ounces (37.2 grams) of La Colombe’s Corsica blend, and the instructions call for 32 ounces of water. “We can really put any coffee in the Vault. But most likely the next coffee will be our Nizza blend,” Carmichael said of the format.

The La Colombe Coffee Vault officially launched this summer, and the product is being sold online and in select cafes for either $2 apiece or $14 for an 8-pack. As of this writing, the online shop was sold out of the Vault’s first offering.