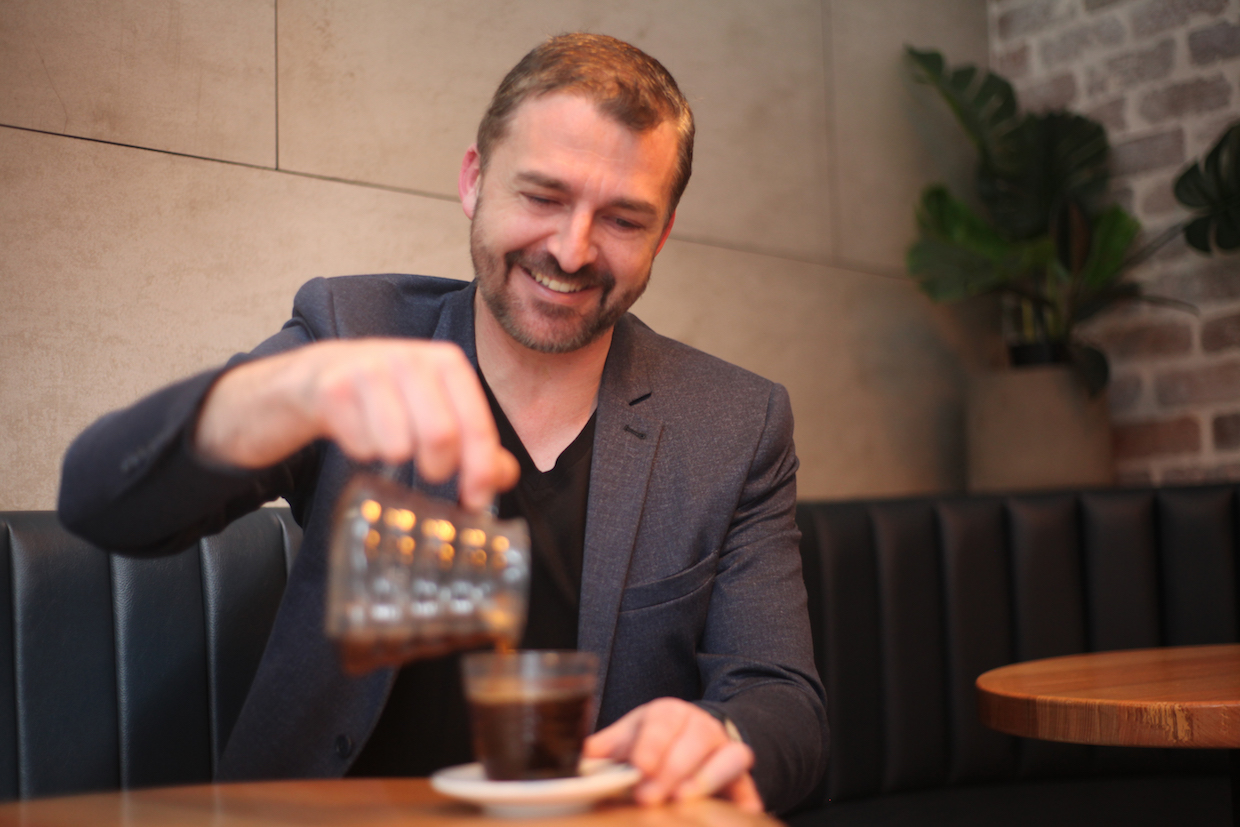 He calls it Fractional Atmospheric Brew, or FAB, and to achieve it, Andrews worked with engineers from the espresso machine builder Sanremo to modify one group of his 3-group Opera model machine to introduce water to the bed of ground coffee at a fraction of atmospheric pressure. 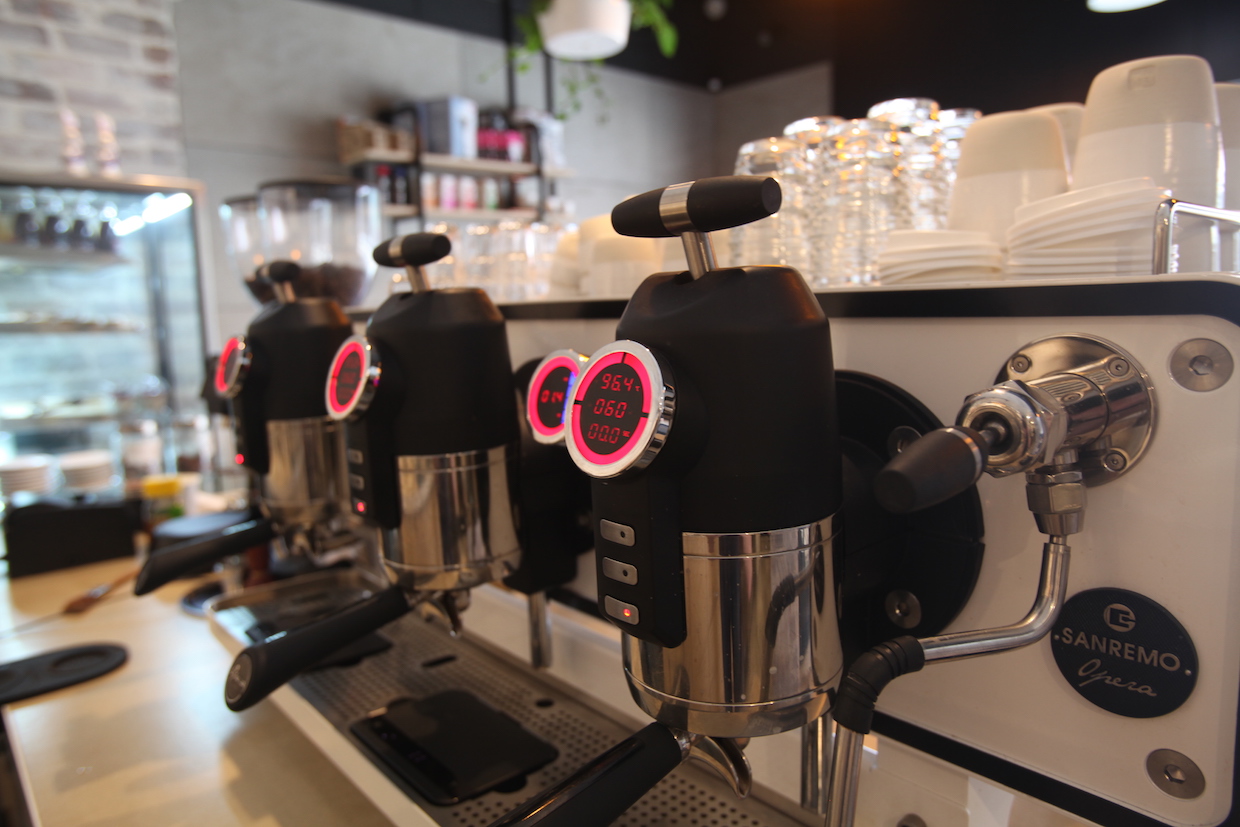 The “coffee shot” practice of making brewed-style coffee using an espresso machine has been around for a while, at least in an experimental sense. Australian barista Matt Perger in 2013 published a brief guide to the method online in collaboration with grinder manufacturer Mahlkonig. While Perger’s method does not call for the adjustment of water pressure on an espresso machine, that measure has been taken by other practitioners, including Ghost Note Coffee owner Christos Andrews (no relation) who lowers the pressure on his modified Unic Di Stella espresso machine to 5.5 bar for coffee shots in his Seattle café.

“We brew our FAB at between 0.37 to 0.54 bar,” Sydney’s Frank Andrews told Daily Coffee News. “This slow, controlled release of water means that we can grind our coffee coarser and run our shots for longer and still get a sweet, beautifully balanced, and clean cup of coffee.” 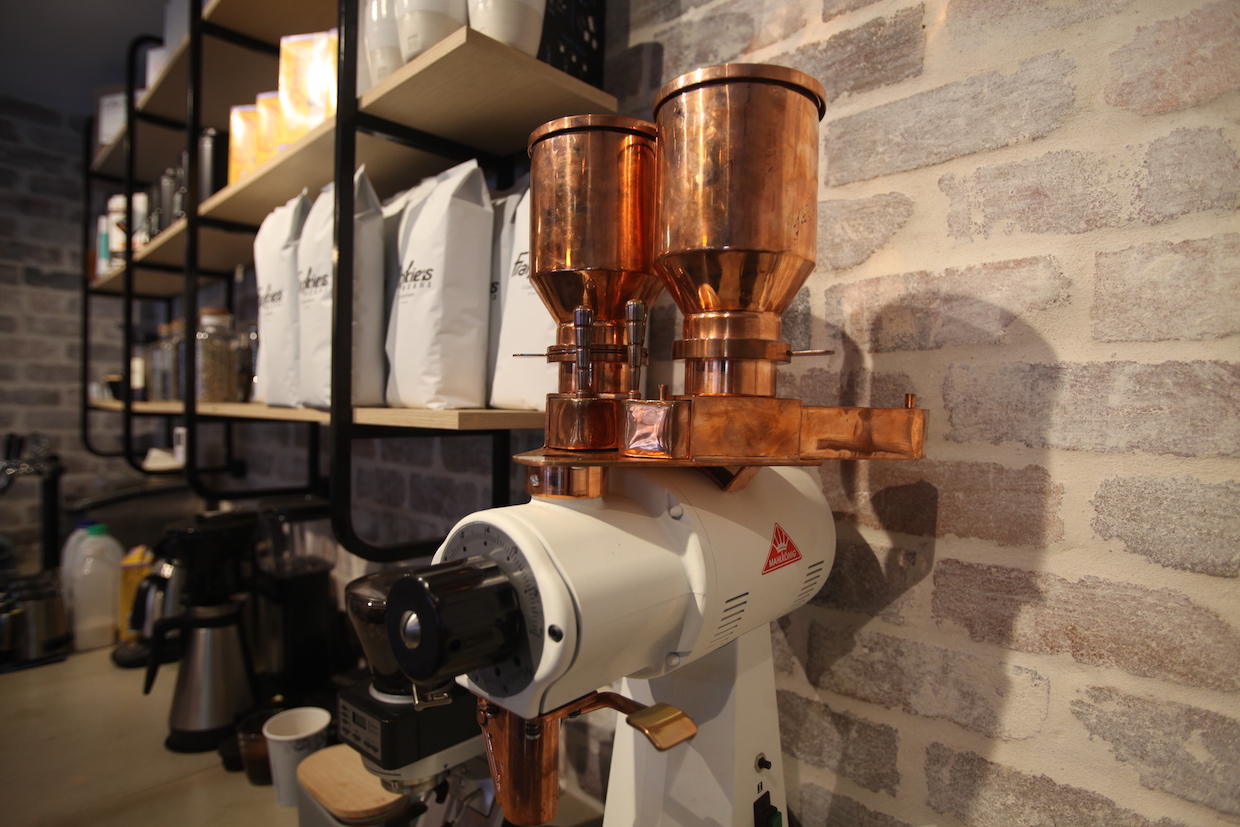 Andrews said the method also differs from coffee shots in terms of duration. A FAB shot totals roughly 112 seconds, breaking down into 22 seconds of “bloom phase” and then 90 seconds for the main extraction, for a 200-gram beverage. Perger’s boilerplate recipe calls for 45 seconds for a 320-gram beverage.

Andrews’ FAB method takes the practice in a new, more brew-like direction that according to Andrews does not generate any crema. While a Perger-style shot involves a light tamp, FAB calls for no tamping at all, just a gentle shake to level the dose. And while Perger makes no recommendation of filtering through paper, FAB calls for two paper filters: One goes under the coffee for a cleaner cup and lighter mouthfeel; and one goes on top to promote even extraction and keep the shower screen clean, which, at Frankie’s Beans, is a custom nanotech screen developed by Sanremo that is still in testing phase. 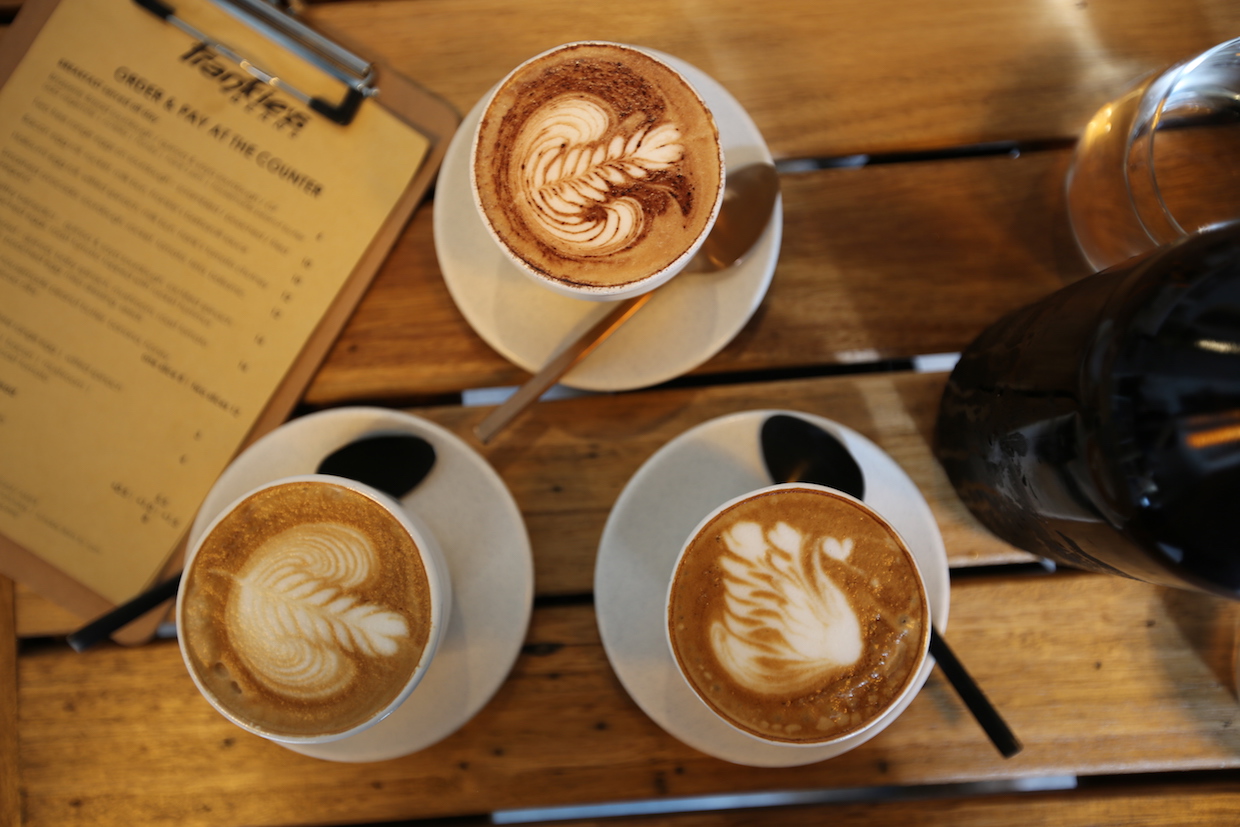 Frankie’s Beans is Andrews’ second café. The first, a tiny, roughly 160-square-foot retail operation with outdoor seating called Café Without a Name, opened in 2013 in Sydney. Andrews said FAB will not be adopted by that shop as it’s too small and busy with espresso drinks to dedicate a group to the method or to swap in a larger 3-group Opera machine. Frankie’s Beans, at 430 square feet, has the wiggle room for FAB alongside espresso and various cold brews, both still and nitro; Moccamaster batch drip; and manual methods such as Hario V60 and Trinity One.

“We have provided a wishlist to Sanremo, asking them for the ability to easily convert any group head between espresso and FAB capability,” said Andrews. “They are currently investigating a couple of ways that they would be able to introduce that capability.”

Andrews roasts coffees for both cafes on a 120-kilo-capacity Probat located in the outer Sydney suburb of Seven Hills, sourcing greens mainly through Sydney-based importer Plantation Direct, as well as other importers on a seasonal basis. 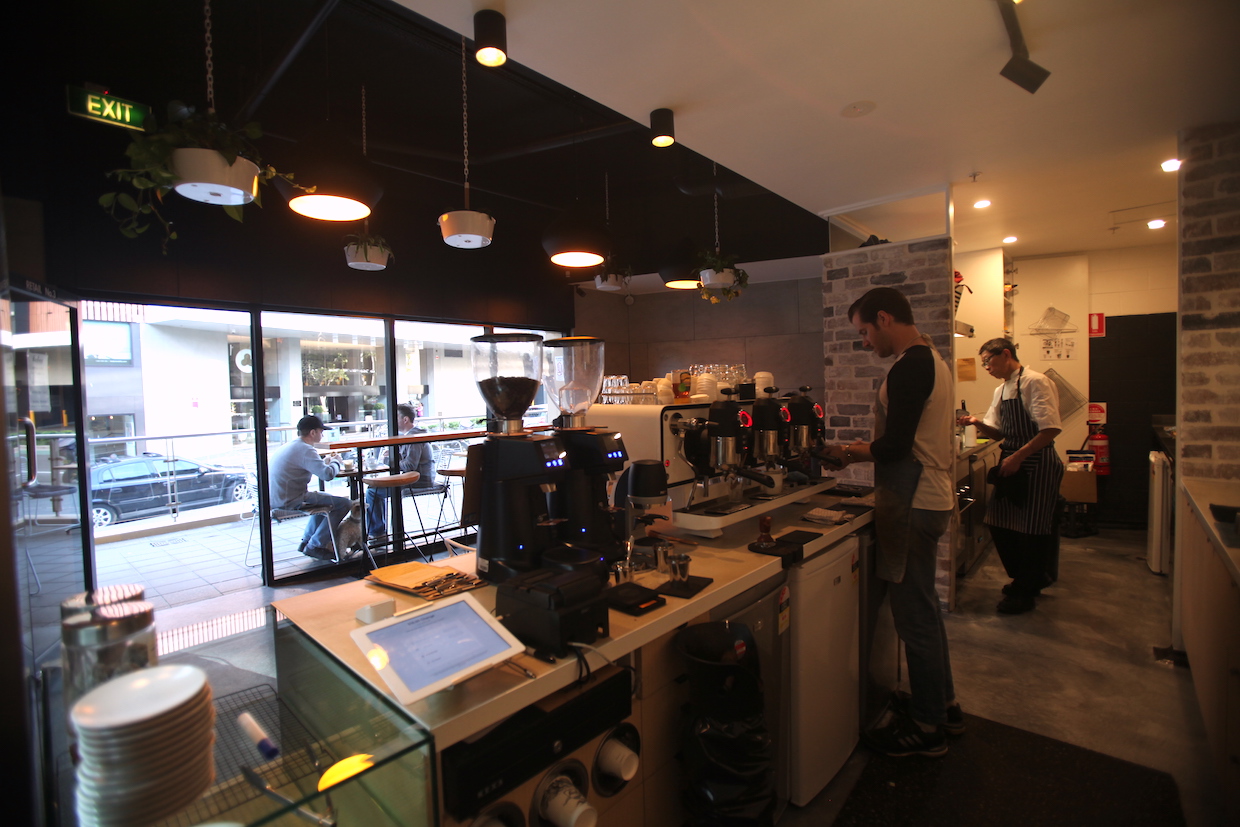 “I have a very basic and simple style. I like to keep things simple, and I find that things are often over-complicated where they don’t need to be,” Andrews said of his roasting sensibility. “Keeping it simple, I can make sure I am highly effective and efficient, which is extremely important when you run your own business, as time is your most precious commodity.”