The Extraction Plops Into Hot Coffee Like a Milk Lump 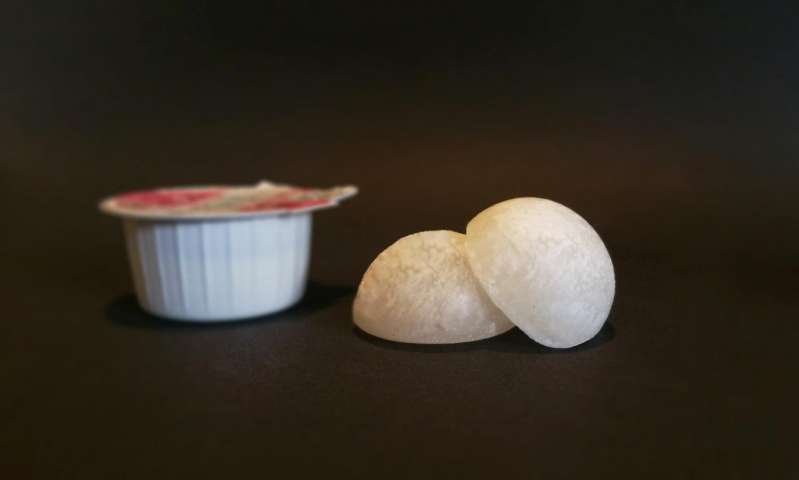 Milk lumps go plop. Researchers at Germany’s Martin Luther University Halle-Wittenberg have come up with what they think could be a major breakthrough in the world of coffee condiments: milk lumps. The roundish, cream-colored capsules contain a crystalline crust that forms around condensed milk, allowing them to hold their shape before they are plopped into a hot coffee drink and dissolved. The researchers suggest they could also be useful in eliminating single-serve creamer packages:

The production of the capsules is relatively simple. First a solution of milk and the desired sugar, or any other non-sweet material which gives the coating properties, is produced and placed in a mould. As the solution cools, the excess sugar moves to the edge of the liquid, forming crystals. The milk-sugar solution fills up the interior.

A brief panic ensued throughout the coffee world yesterday morning as mainstream publications such as USA Today, Teen Vogue and Entrepreneur started picking up a story suggesting that coffee makes you dumb. All the headlines pointed to new “research” suggesting an association in college students in which increased coffee consumption leads to decreased grade point averages. From Entrepreneur:

So who’s behind this research? As it turns out, the source is a frigging mattress review blog covertly owned by a mattress company. Do you really trust them with your science? 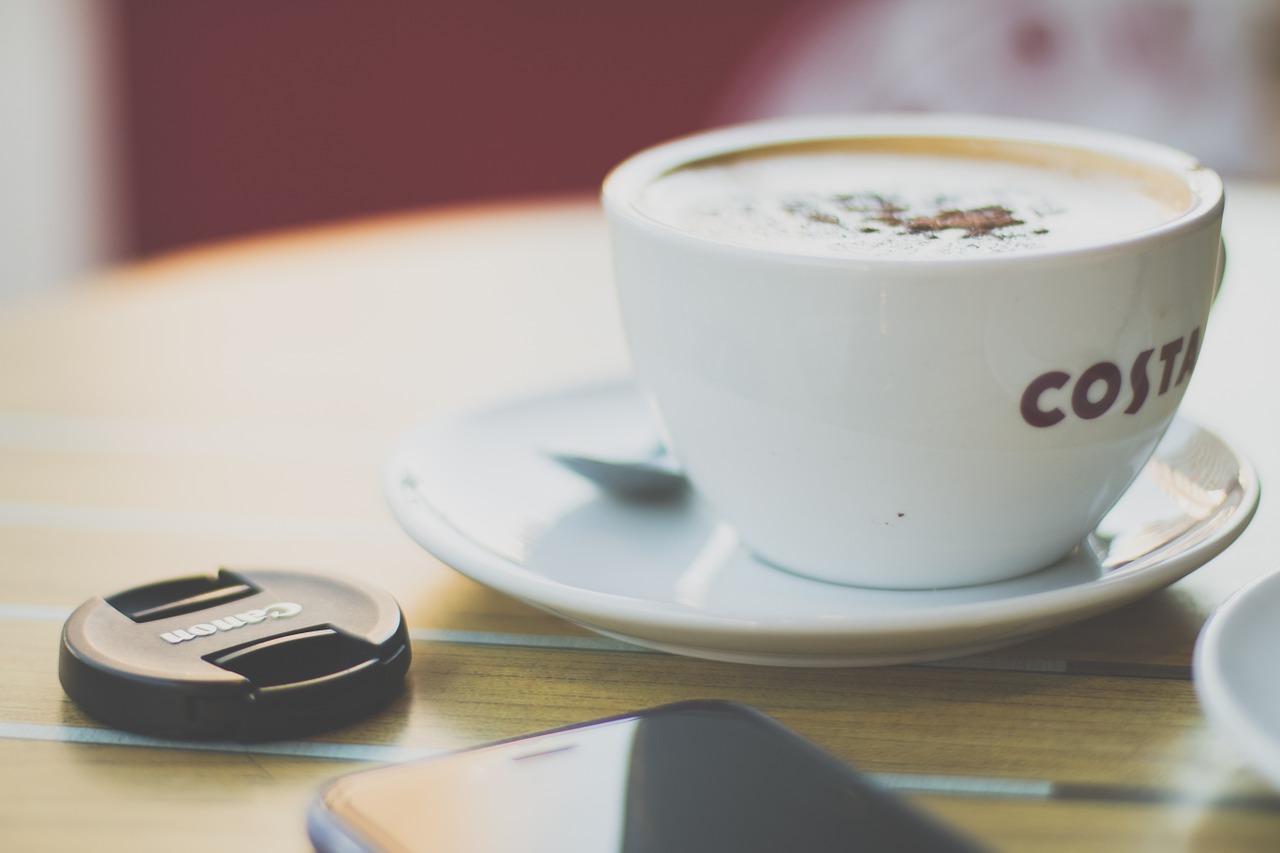 A new study on the British coffee market shows that while coffee shops continue to see growth in individual coffee servings, that growth is far outpaced by coffee servings in the quick-service restaurant (a.k.a. fast food) segment. FoodBev Media has more:

Since 2008 specialist coffee chains have increased individual coffee servings by 21%, while coffee sales in QSRs have gone up by 63%. Pubs have also realised the importance of coffee and have increased servings by 18% since 2008.

The appeal of coffee has allowed operators to use it as a way of entering new eating opportunities, claims market researcher NPD. As QSR operators have started to invest in coffee for breakfast and snacking, coffee shops have responded by trying to take a bite of their lunch business, which generates over 50% more spend than that produced by customers who just want snacks.

The London-based International Coffee Organization released its monthly price report on the commodities market for July, showing a composite price going above $1.30 USD per pound for the first time since April. From the ICO:

The ICO composite indicator price rose above 13o US cents per lb for the first time since April as reports emerged from Brazil about lower yields and quality issues related to the 2017/18 crop. Coffee exports have stabilized in the last two months but cumulative exports remain well above the levels reached in the previous year and leave consumer stocks well supplied. The production estimate for 2016/17 has been revised up to 153.9 million bags, which constitutes an all-time record. The output of Arabica and Robusta is estimated to be 10.2% higher and 10.% lower compared to coffee year 2015/16, respectively. 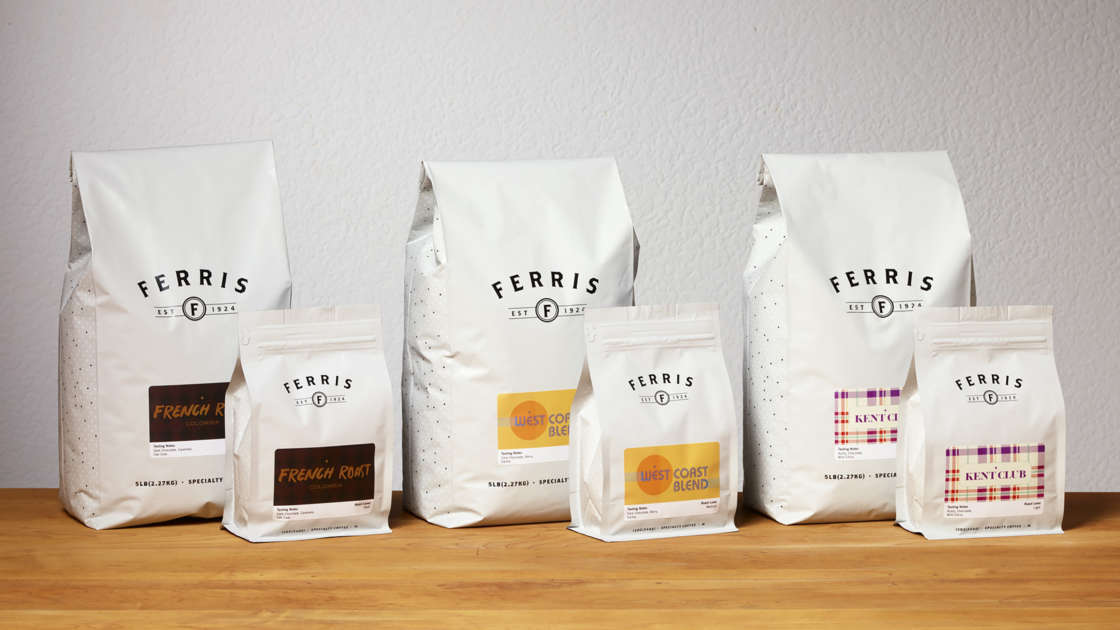 The 93-year-old Grand Rapids, Mich., roastery Ferris Coffee & Nut has revealed new packaging that should fit quite nicely in the sleek new aesthetic established with the company’s most recent upscale bar. The new bags are primarily defined by white space and color-splashed labels for differentiation between coffees, but the Ferris team digs a little deeper:

The updated bags and labels serve as a visual storytelling canvas to display the company’s philosophy, sustainable relationships, and commitment to customers and quality products. The new packaging focuses on four major areas that convey careful consideration and dedication to sustainability, including: consistency, function, aesthetic and messaging.