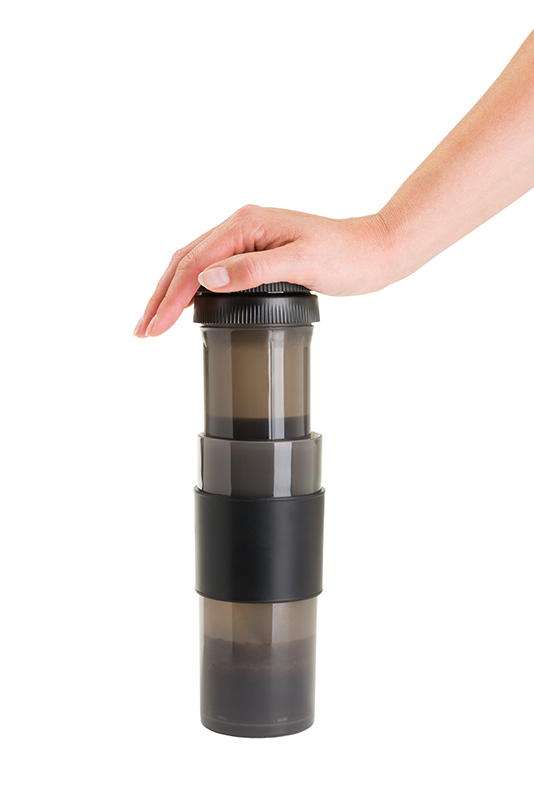 It was a bit over one year ago we reported on the development of the Canadian-born Pascal Press, a new coffee brewer-tumbler consumer product that combines principles of both the Aeropress and the Moka Pot.

Brewing with a Pascal Press is Aeropress-like in that it involves full immersion of coffee and then downward force on a plunger that applies pressure to the mixture. However, while an Aeropress sends coffee straight down a vertical path through a filter and into a mug, the Pascal Press forces the brew downward through a filter and then up a central flow tube, similar to how brew rises within a Moka Pot. In the case of the Pascal Press, this action is driven by manually applied air pressure rather than steam. 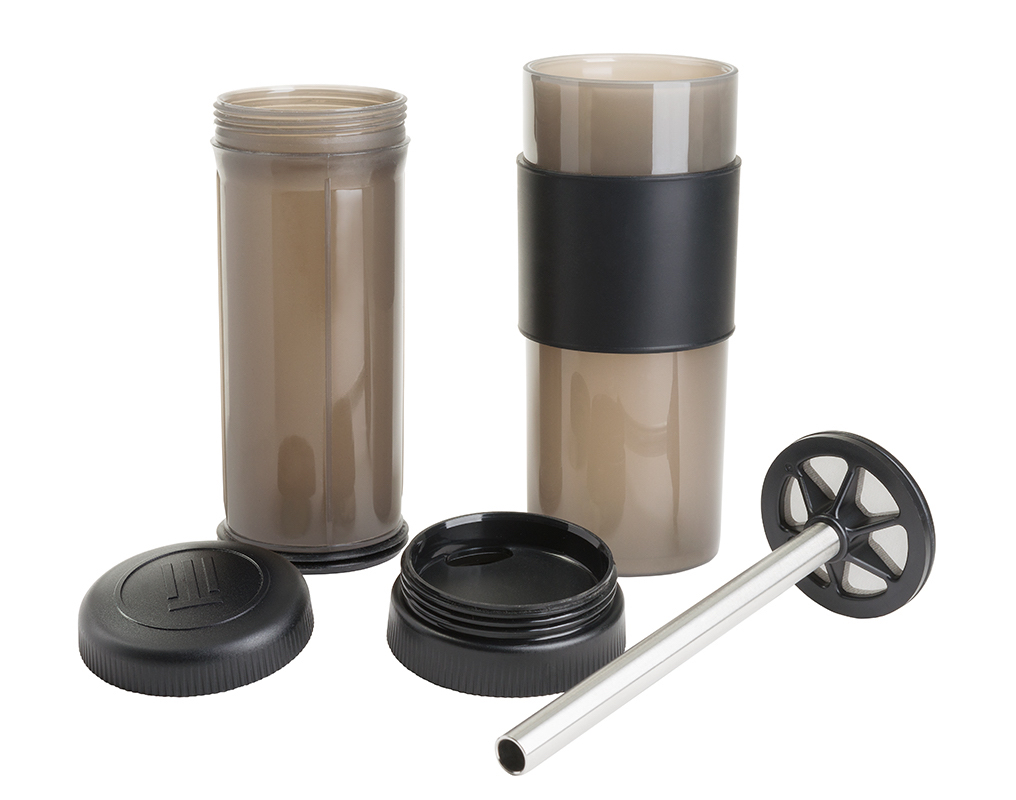 The Pascal Press concept was fully fleshed out prior to hitting Kickstarter last June where it earned more than 50 percent over its stated goal. As of July of this year, the roughly 1,600 preordered units had successfully complete shipment. This month, the company is expecting to resume delivery of a second production run, while adding to the product line an insulating neoprene carrying sleeve with a handle.

The Pascal Press has earned the endorsement of Polish barista and owner of Bless Coffee Roasters Natalia Piotrowska, who is competing at the World Barista Championship in Seoul next month, while a vacuum-insulated stainless steel version is also currently in development as a result of popular demand, according to inventor and company founder Alan Kalbfleisch. 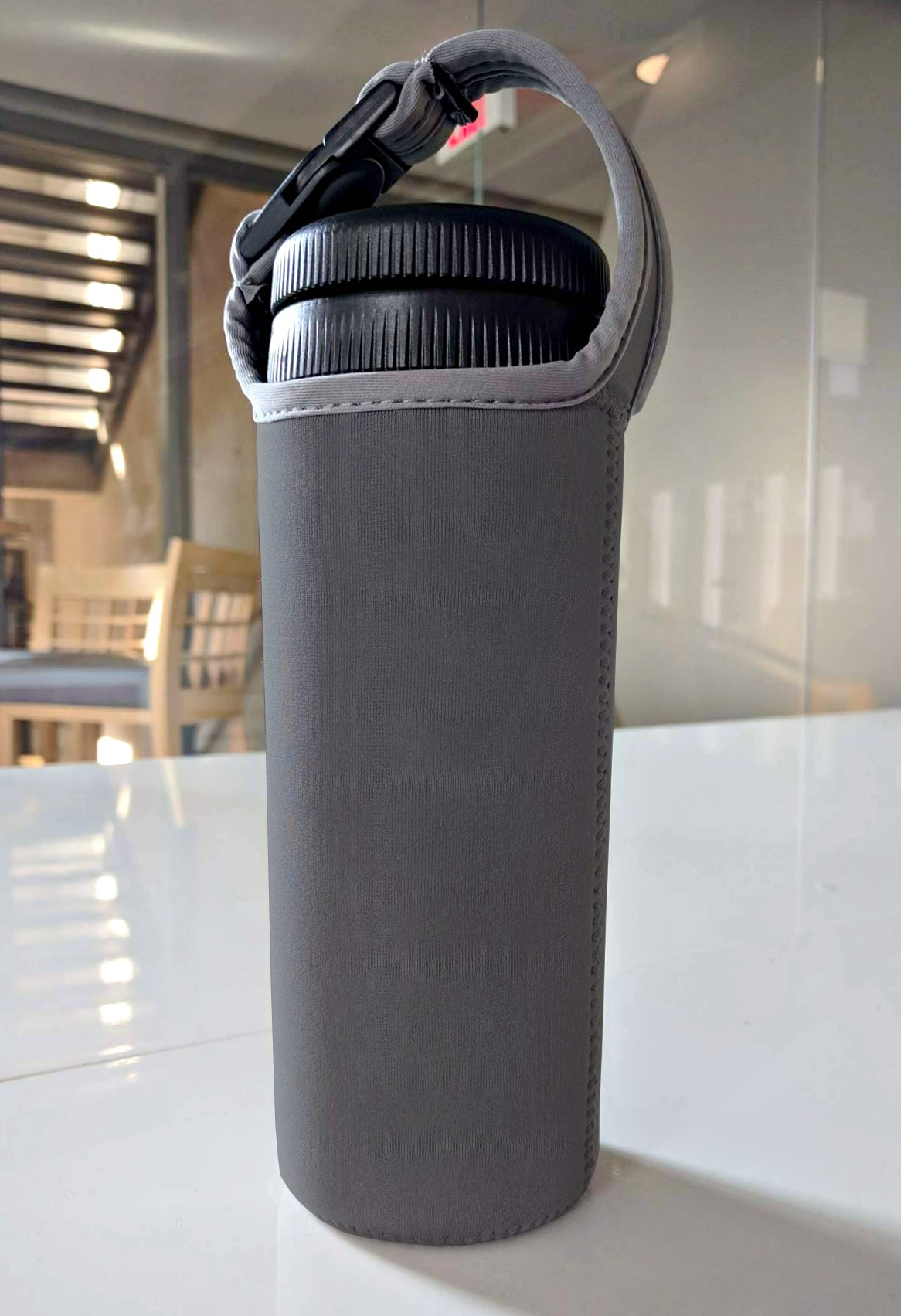 Kalbfleisch, who holds a Masters Degree in thermofluids engineering, is also currently developing an entirely new Pascal brewer called the Pascal Pour — a cup-top pourover brewer for which he’s currently seeking a patent. Kalbfleisch said the Pascal Pour will provide either a straightforward pourover, a full immersion steep, or something in between, yet without the use of any moving parts, such as a manually activated valve.

“It was inspired by comments made by tea drinkers when I first started showing off Pascal Press on Reddit forums,” Kalbfleisch told Daily Coffee News. “They liked the idea of the full immersion steep combined with a force flow at the end, but thought the pressurized plunge of Pascal Press could be too harsh for some more delicate tea leaves. With this in mind and a newfound love of pourover techniques for coffee like Chemex and V60, I challenged myself to make a passive device that can used for both coffee and tea — even delicate leaves.” 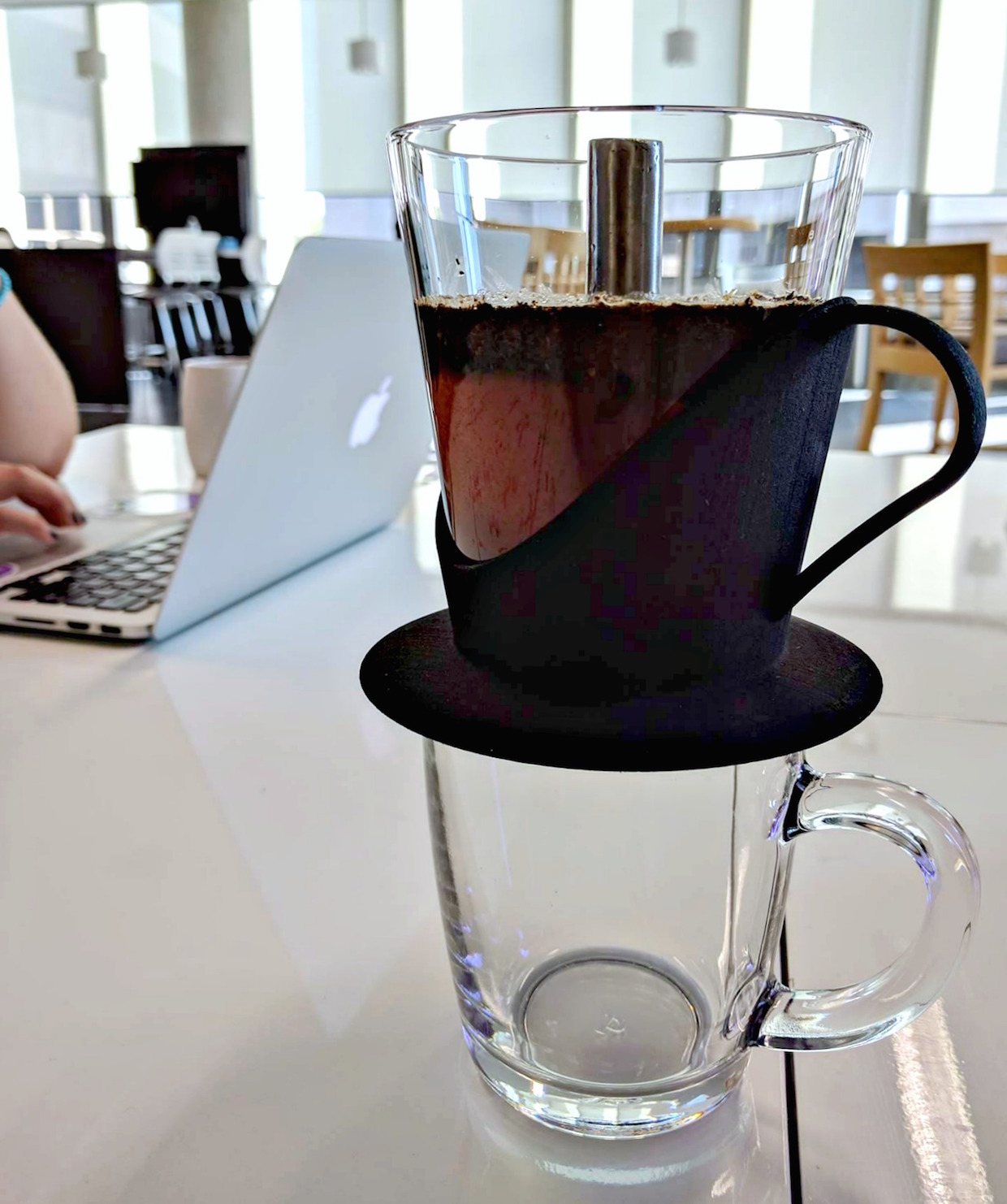 A prototype of the Pascal Pour.

Currently in the final stages of prototyping, the Pour, according to its inventor, does utilize a passive valve that is controlled by the user’s pouring technique. “From a fluids perspective, the design is quite complex and will require a bit of experimenting to get just right,” said Kalbfleisch. “But once you get the hang of it, users will have great control over how their coffee is brewed.”

The Pascal Pour will at launch employ a perforated steel filter similar to Osaka Cone filters according to Kalbfleisch, who is also experimenting paper filter designs for an additional option. The company plans on launching a Kickstarter campaign to support manufacturing for the first run of the Pascal Pour later this fall.