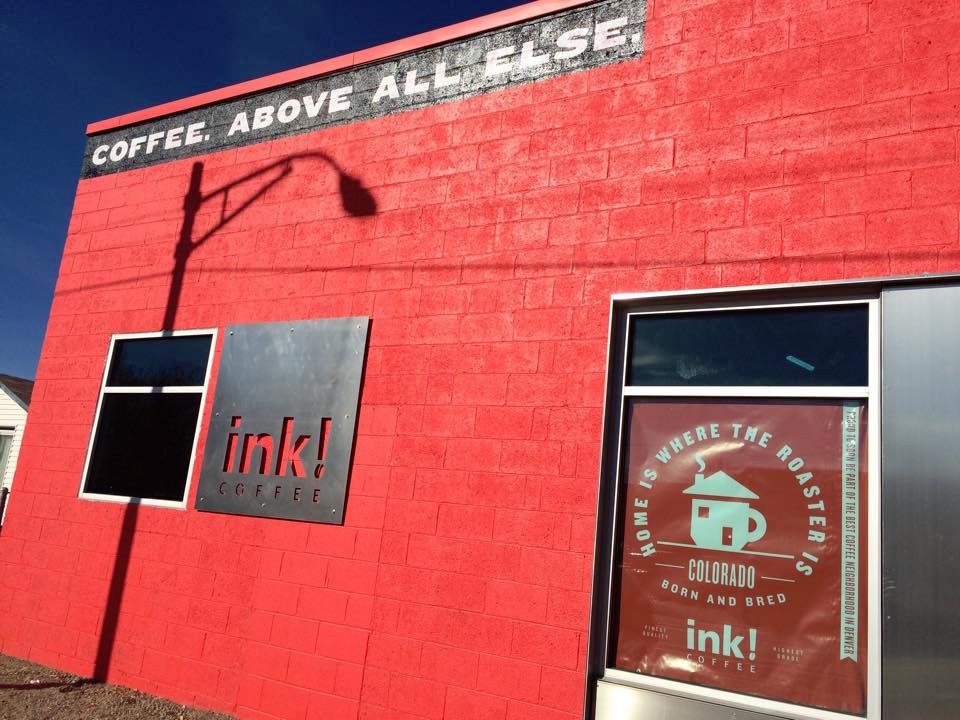 The Ink Coffee Five Points/RiNo location, prior to opening in 2014. Facebook photo.

The owner of Colorado’s Ink! Coffee company has apologized after a marketing campaign that made light of gentrification naturally backfired.

One side of a branded, printed sign placed outside the Ink! roastery café location at 2851 Larimer in Denver’s historic Five Points neighborhood last week read, “Happily gentrifying the neighborhood since 2014.” The other side read, “Nothing says gentrification like being able to order a cortado.”

yo @inkcoffee we are not cool with this sign on 29th and Larimer. Bad decision. Bad design. BAD. W.T.F. pic.twitter.com/81UkXfM9kh

After photos of the sign spread through social media, someone tagged the exterior of the building with the words “White Coffee” in black spray paint. The Denver Post reports that a protest of the Five Points shop and of Ink! itself, is taking place this Saturday, Nov. 25.

The thing is, Five Points is one of the most historically and culturally significant neighborhoods in Denver, once home to a thriving African American culture that gave it the nickname “The Harlem of the West.” It is one of numerous neighborhoods throughout Denver — where an insurgence of tech money has ushered in a new class of professionals — that is seriously dealing with the complex realities of urban redevelopment and its effects on existing communities.

The owner of Ink! Coffee — which originated in Aspen and branched out in Denver to now include 16 retail locations — has taken to social media to apologize for the signs, which he suggested were part of a campaign devised by an advertising firm.

On Ink!’s Facebook page yesterday, Founder Keith Herbert wrote, in part, “When our advertising firm presented this campaign to us, I interpreted it as taking pride in being part of a dynamic, evolving community that is inclusive of people of all races, ethnicities, religions and gender identities. I recognize now that we had a blind spot to other legitimate interpretations.”

The firm behind the campaign has been identified as Cultivator Advertising & Design, Inc. That group also took to Facebook to apologize for the insensitive nature of the marketing campaign, writing:

Is it possible this shop would not survive in this location if it were not for gentrification? How many other specialty coffee retail shops around the country thrive in areas like this? IMO, this was an honest statement. They’re happy to still be in business in this location, which may not be possible without gentrification. Sad, but true. I wonder if they sell ‘Fair-trade’ coffee?

The term “gentrification” seems to be a fairly recent thing, and buzzword. I wonder if someone wouild write a piece explaining exactly what it is, and why it is bad or good or whatever it is. WHY is it even an issue? Who decides whether it happens, or should happen in a given area? What drives it, and what pushes back against it?