Honey Process: Get to Know This Sweetheart of Specialty Coffee 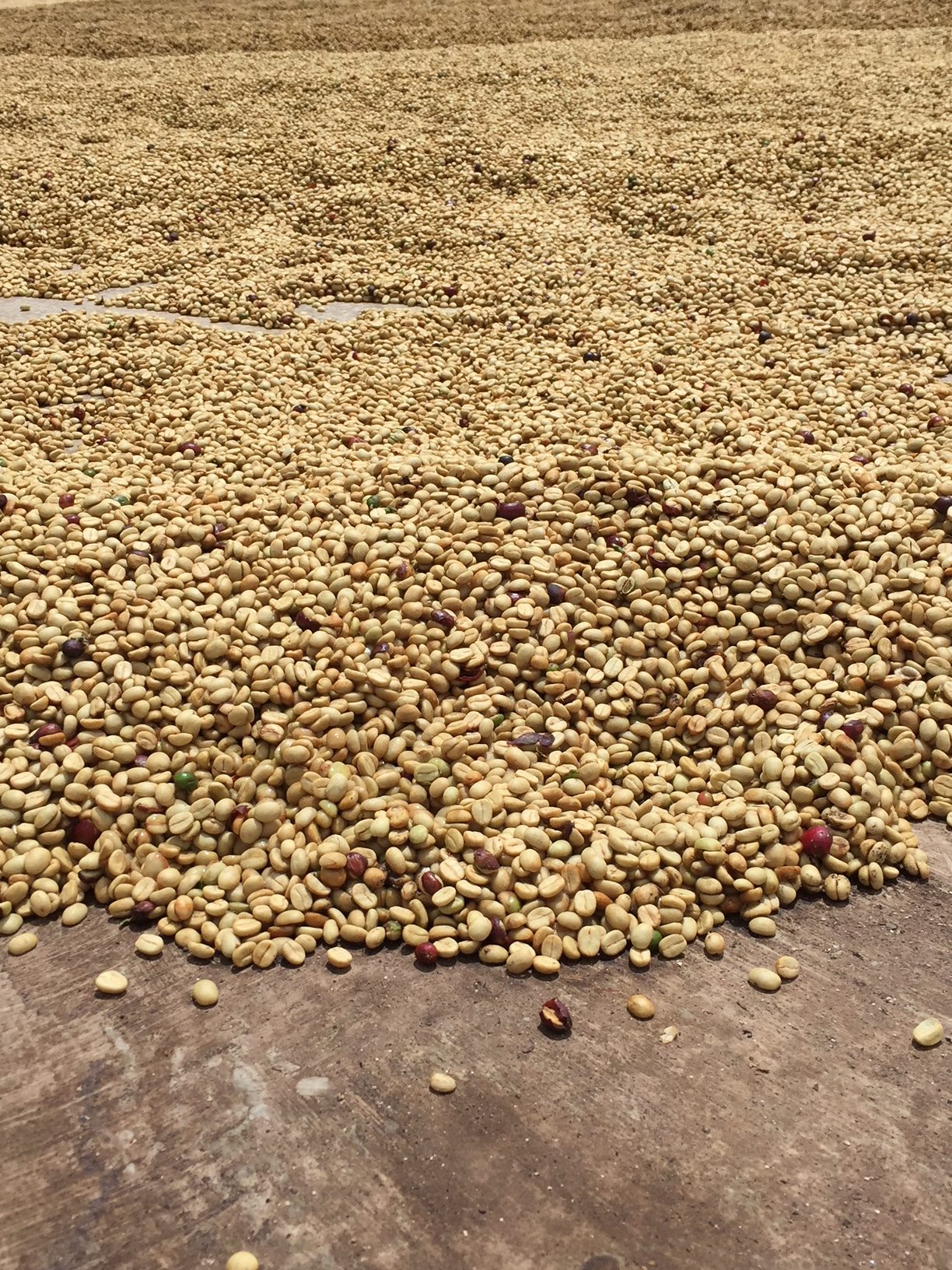 If there was more about coffee that was cut-and-dry, it wouldn’t be as interesting, right? And if all processing was ultimately cut-and-dry, we wouldn’t have any washed coffees or pulped naturals — and just forget about honeys.

Instead, part of what makes the myriad flavors and characteristics that we enjoy from place to place and lot to lot are the incremental variations to method, philosophy, and, yes, process. In this piece, we’ll explore the family of coffee processing methods called honey, and examine some of the history, applications, motivations, deviations, and classic characteristics that come along with it.

What Makes a Honey?

As with most “definitions” in coffee — as in most of agriculture-based food production — there are a lot of footnotes, endnotes and parentheticals. Simply put, a “honey” is a coffee that has been depulped but left to dry in its mucilage, the sticky fruit coating that lives just underneath the coffee cherry’s skin, or pulp. Often, the honey itself will be classified by color, such as white honey, or yellow, red, or black. What exactly determines the color of the honey will vary, and we’ll touch on that more specifically in a moment. First, a mini history lesson!

If the description of honey processing above smacks as being reminiscent of the classic Brazilian pulped natural style, well, you must be paying attention. That’s the skin-off-fruit-on drying technique, popularized in the 1970s in Brazil as a means of conserving water and creating bigger-bodied coffees while simultaneously speeding up the drying process (and thereby speeding up the payment process).

Outside of Brazil, few places have utilized this sort of in-between style: In Ethiopia, coffees are either washed or natural; Kenyan coffees’ longer fermentation and occasional second soak count for something closer to washed in the end; and the semi-washed, or wet-hulled, process of Indonesia is a slightly different beast altogether. And, as with most of those various post-harvest approaches, there is a meteorological method to the madness. That is to say, the climate is typically the greatest influencer when it comes to a producer’s or a mill’s decision to go with one way over the other.

This is certainly true in the case of honey process and its famous place of origin: Costa Rica. As a matter of fact, Costa Rica was one of the first countries to modernize the washed process, building the earliest washing stations and wet mills in the middle of the 20th century. Costa Rican “milds” became a standard-bearer for washed coffees, with their clean toffee sweetness and subtle lemon acidity embodying the idea of an easy-drinking “breakfast” coffee.

That began to change in the 2000s, specifically after a 2008 earthquake rocked the country into an extreme water shortage, which left coffee producers holding the bag — literally, there was no way to process their coffee without water, or so they thought. Looking for an alternative in this state of emergency, creative producers — notably Oscar and Francisca Chacon of Las Lajas Micromill — realized that in Africa and Brazil they have adapted processing techniques that don’t rely on water, and they attempted to modify their approach in a similar way.

Today, most mills that produce honey coffees use depulping machines or demucilaging machines that are calibrated to remove the skin from the fruit as well as some, if not all, of the mucilage. The coffee is then dried before being hulled, sorted, and prepared for export. If any water is used at all, it is a fraction of what washing requires — and strict water-conservation regulations enforced by the Costa Rican government and coffee association have also increased the interest that producers and, as a result, consumers, have in this adaptive process.

There are as many ways to brew a coffee as there are people brewing coffee, and the same goes for the honey lots that are being produced in Costa Rica and, lately, elsewhere. Guatemala, El Salvador, Mexico, Nicaragua, and even Brazil have adopted versions of this method in order to capture the market and capitalize on the innovation of technique.

Some mills simply call all their coffee honey, without any classification of color or specificity of procedure. Others will vary the cup characteristics of their honey coffees by removing different amounts of mucilage for each type: While it’s not a hard-and-fast guideline, you might think of it as white/yellow honey having almost all the mucilage removed, red honey having about half removed, and black honey being depulped and left with 100 percent of its fruit on the bean, simply minus the skin. 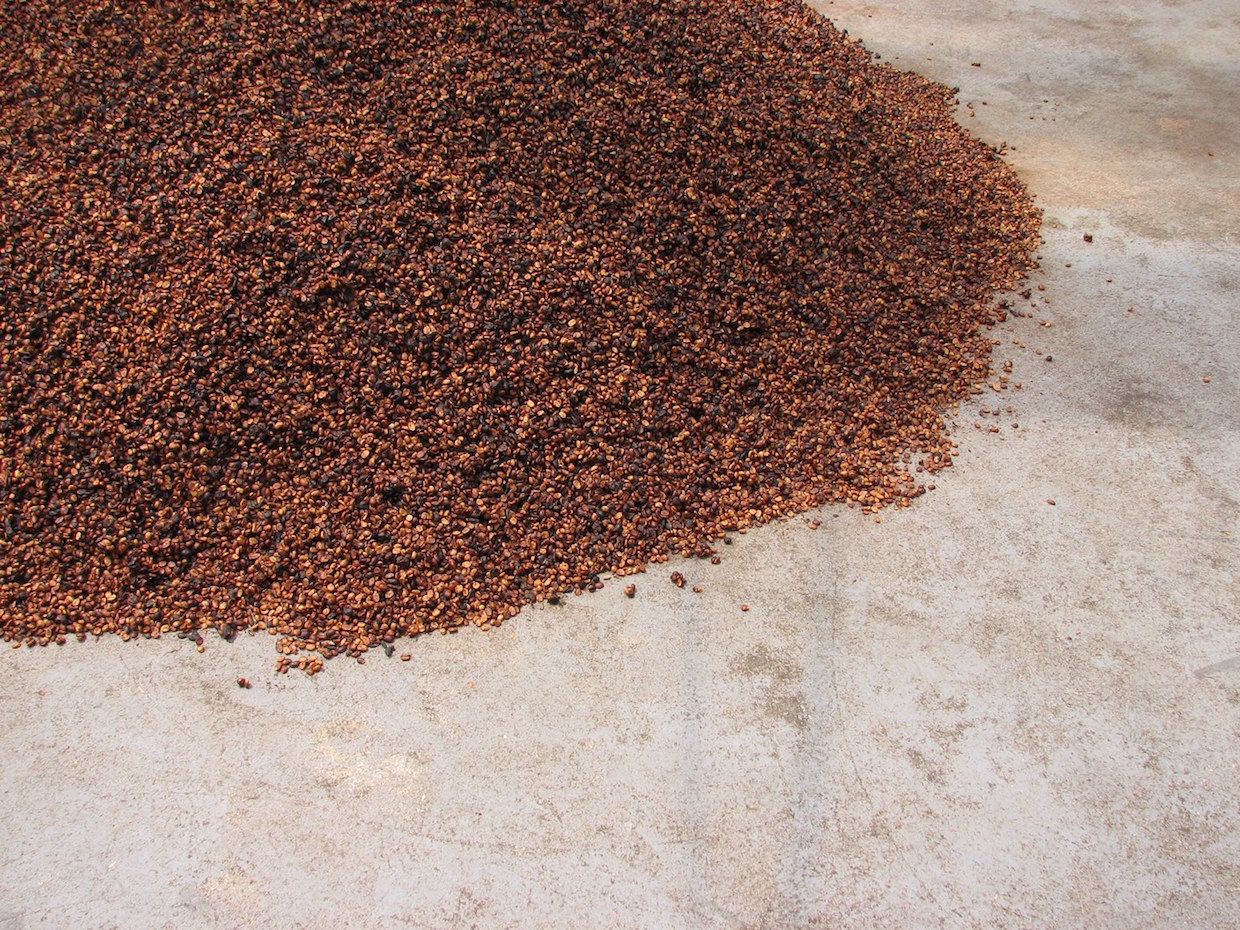 At other mills, the amount of mucilage is not the determining factor. It may be the drying curve itself: How fast or how slow the coffee is dried; how much sun it comes into contact with during the drying; what type of surface or enclosure it is kept in during those weeks and days. Slower drying can bring out deeper, darker flavors in a red or black honey, while quick sun-drying on patios or in high-heat dryers can keep things lighter, yellow or white.

It’s fitting that honey coffees often come in many “colors,” since the spectrum of production is broad and varies from place to place, producer to producer, and even day to day. The colors typically refer not only to the actual color that the fruit turns while it is drying on the bean, but also on the method or the steps the producer follows in order to achieve that hue and palate.

For the most part, however, the “lighter” the color, the less of a fruity, funky, or boozy flavor and the closer to a very sweet and more mildly acidic washed profile. White or yellow honey — depending on the producer, they might be different or the same — tend to have either the least amount of mucilage left on the bean or have a drying profile that prevents the coffee fruit from a heavy fermentation. Red honey tends to be the sort of middle-of-the-road option.

Either the coffee retains about 50 percent of its mucilage during the drying process or it is allowed to ferment slightly more aggressively, offering a slightly more pulpy, creamy flavor reminiscent of dried apricot, along with a backbone of nuttiness. Black honeys are the closest to a pulped natural, with wine-like characteristics that might be reminiscent of stewed fruit or prunes, and deep chocolate and nut tones with a heavy body. 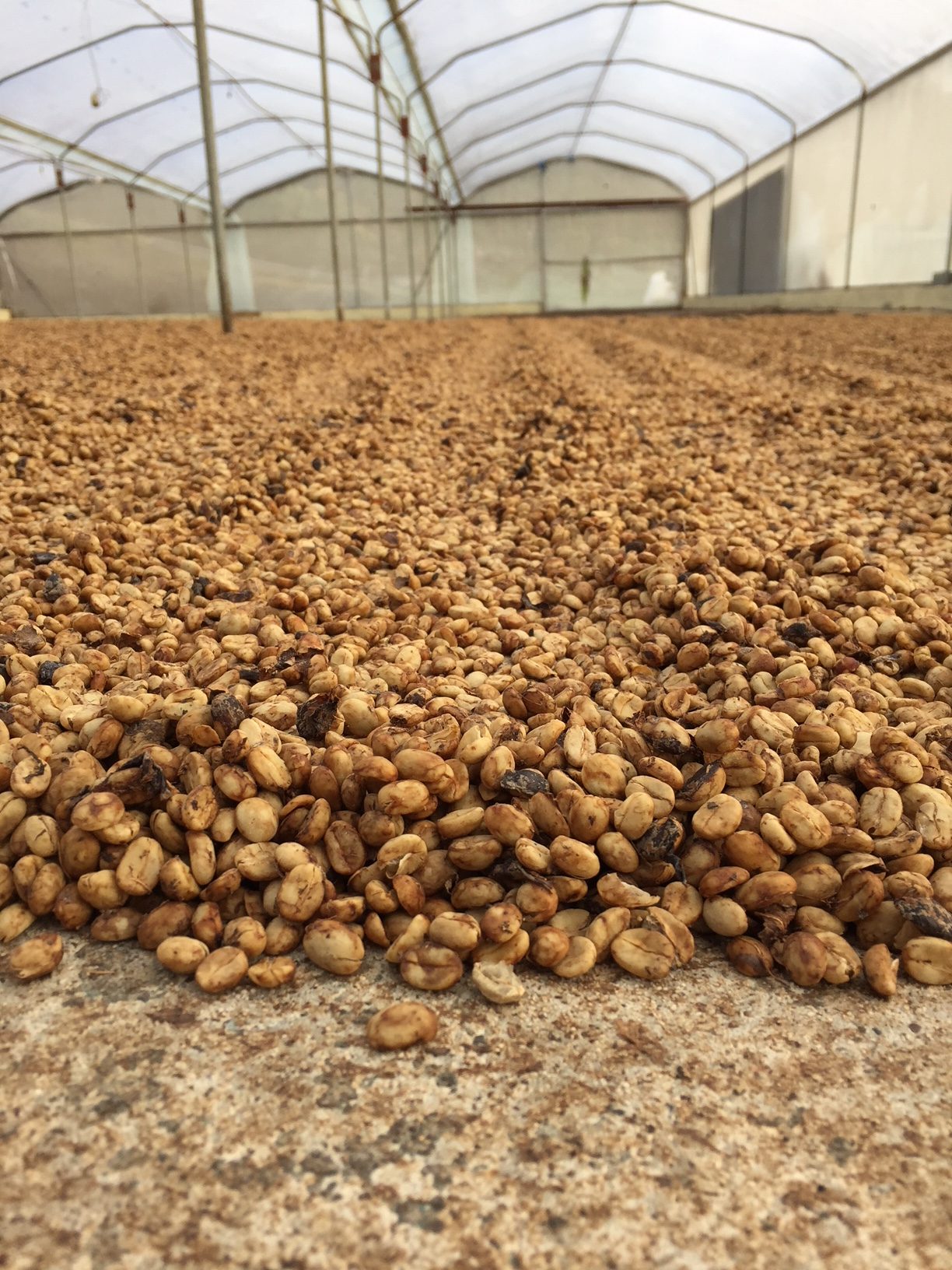 The Future of Honey

As with any “experimental” or innovative new approach to the old problem of coffee processing, it’s easy to wave honey off as a phase or a fad, especially considering that it is very risky to a producer. What happens if the mucilage grows mold, for instance, or it rains heavily while the coffee is exposed on the patio? What if it over-ferments and creates and acetic, vinegar flavor? What if roasters don’t want to buy it because it’s “ugly” and inconsistent, as honey coffees can be splotchy in color?

However, the benefits to honey coffees are too many to ignore, including of course the big one in this era of environmental concern and natural-resource protection: water conservation. Not only do honey coffees demand less fresh water to create, the limited use of water reduces the amount of waste run-off a producer needs to recycle, purify, or dispose of.

The other major benefit, of course, is the diversity of flavors and quality that a producer can achieve by applying different honey processes to different lots of coffee, or by modifying their approach to add value and differentiate their lots from their neighbors. In a small market like Costa Rica, which contributes less than 1 percent of the world’s coffee to the market, it is important for the producers to find other ways to stand out and earn higher prices, and the artisanal honey movement is certainly one way to go in that direction.

Again, one last grain of salt here: Honey processing is as loosey-goosey a term as anything else in specialty coffee, and is subject to change at any moment, and then to change again. But that’s part of the beauty of coffee, isn’t it, honey?

Good read! Thanks for sharing!
Best,
Friends in Virginia