Nossa Familia Opens Guatemala-Inspired Café in the Heart of Portland 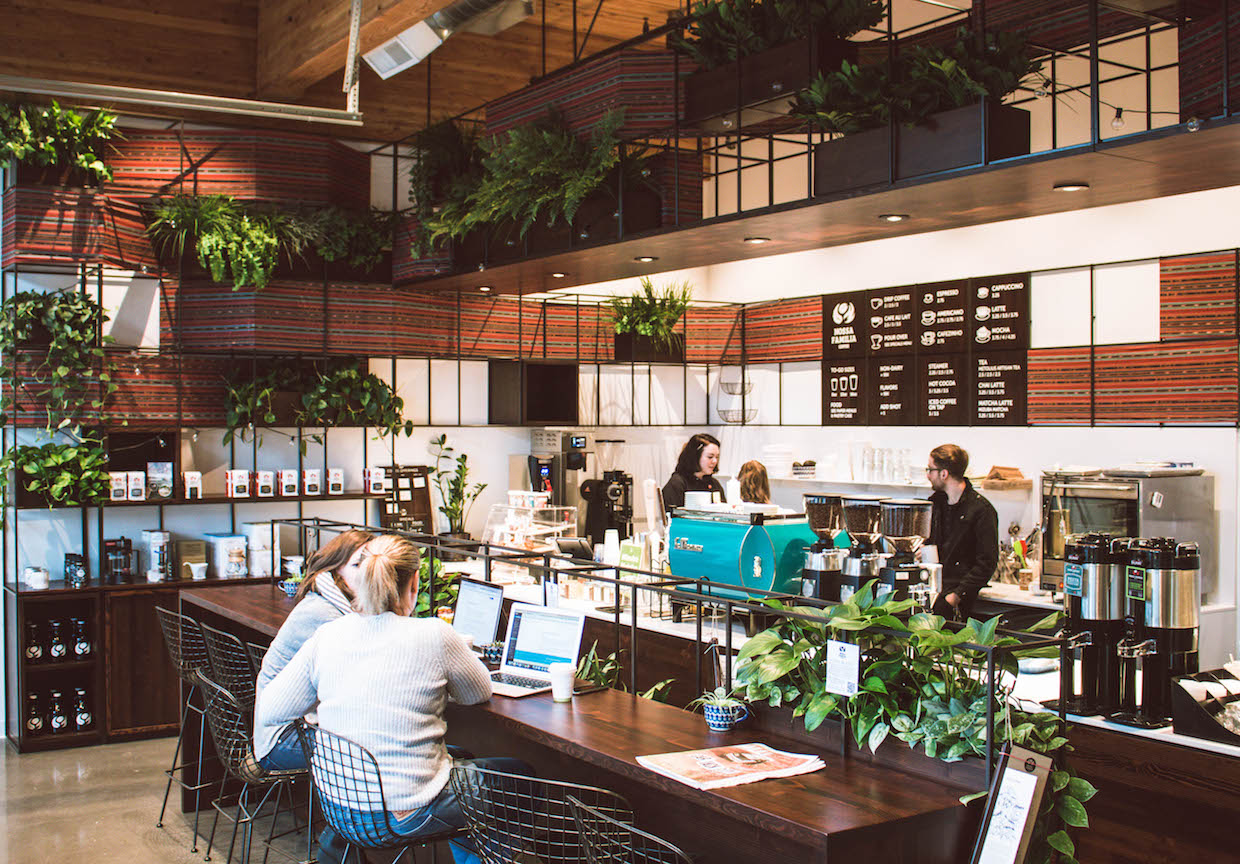 Portland, Oregon-based roasting company Nossa Familia Coffee has opened a new café inspired by the people and culture of the Guatemalan coffeelands as part of its ongoing retail and production expansion efforts.

The new café at SE 3rd and Clay in Portland’s Central Eastside neighborhood is the second local coffee bar outside the 13-year-old company’s Pearl District roastery and the recently opened espresso hub in the lobby of the CalEdison building in downtown Los Angeles. It’s also the first Nossa Familia bar to include a food menu, including toasts, smoothie bowls, and Latin American-inspired small plates and prepared goods from other local purveyors such as Grand Central Bakery, SoupCycle, Bakeshop and Bowery Bagels. 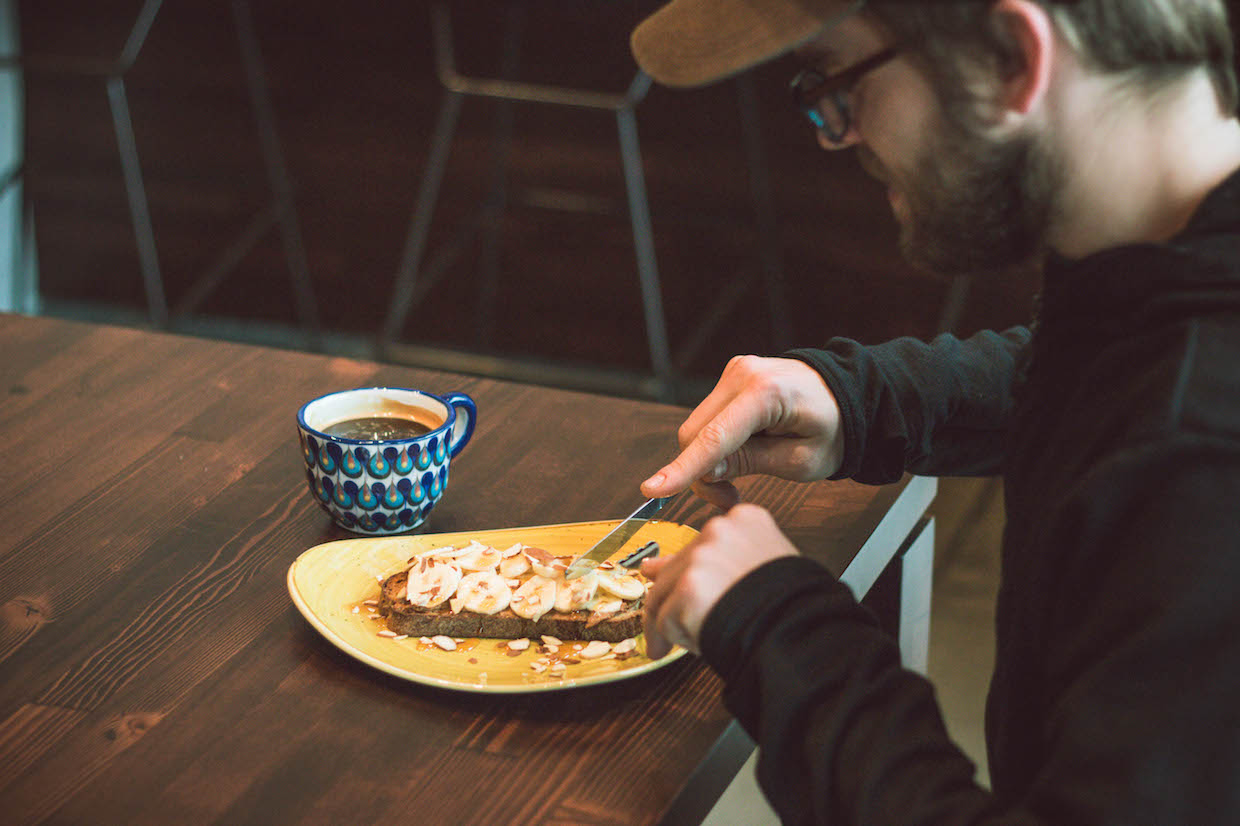 The company collaborated with the Portland interior design and architecture firm Fieldwork Design for the Guatemala-inspired café. While Nossa Familia sources many of its coffees from farms with whom founder Augusto Carneiro has direct family ties in the Brazilian regions of Sul de Minas and Cerrado de Minas, Guatemala remains an important country of origin within the company’s direct trade strategy. 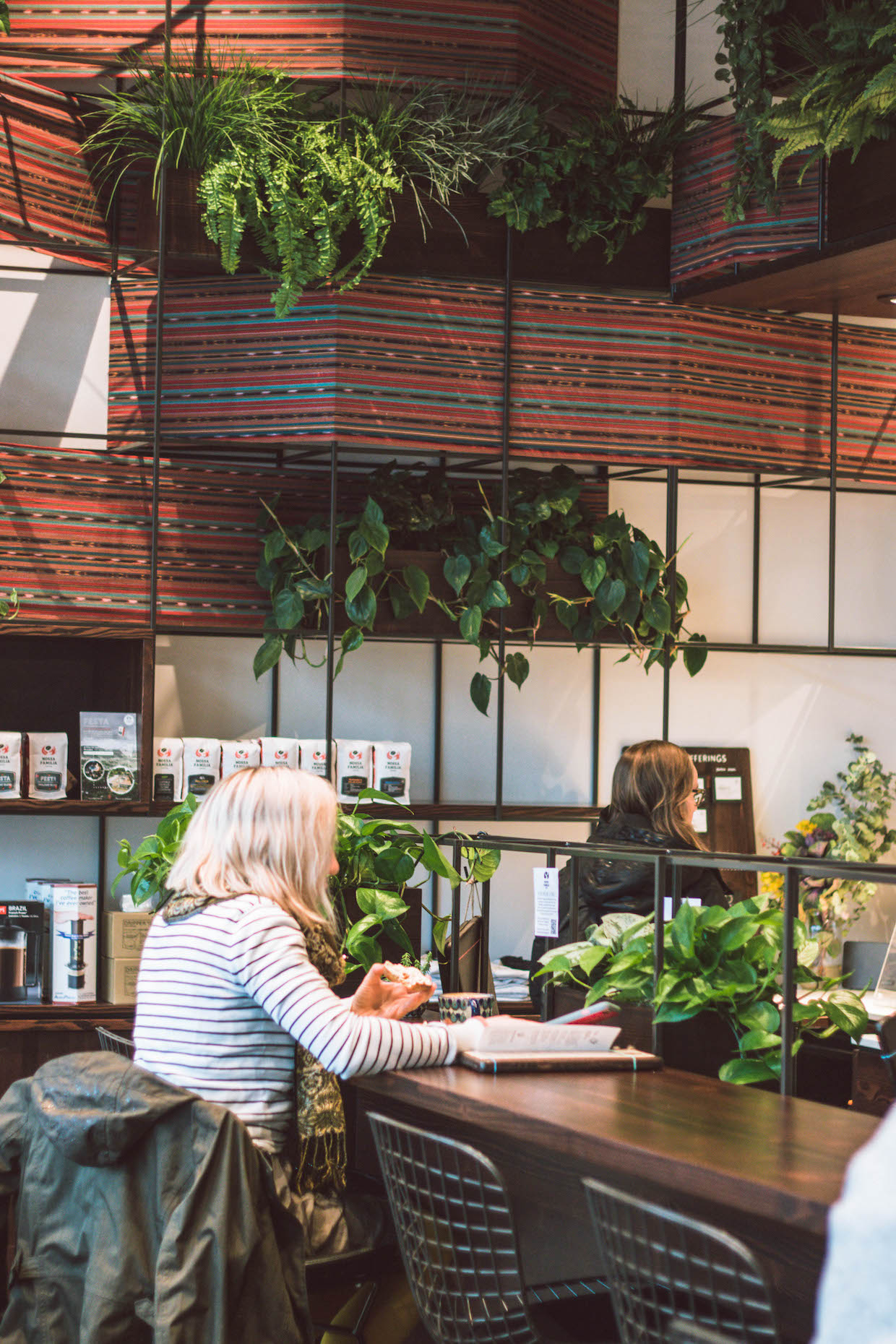 “We have been deeply inspired and humbled by our many visits to coffee farms in Guatemala, the natural and artistic environments we’ve encountered, and most of all the amazing people who have welcomed us into their homes and onto their coffee farms,” Carneiro said in an announcement of the opening. “We wanted to create an environment to honor those elements and to bring our customers closer to the origin of their cup of coffee.” 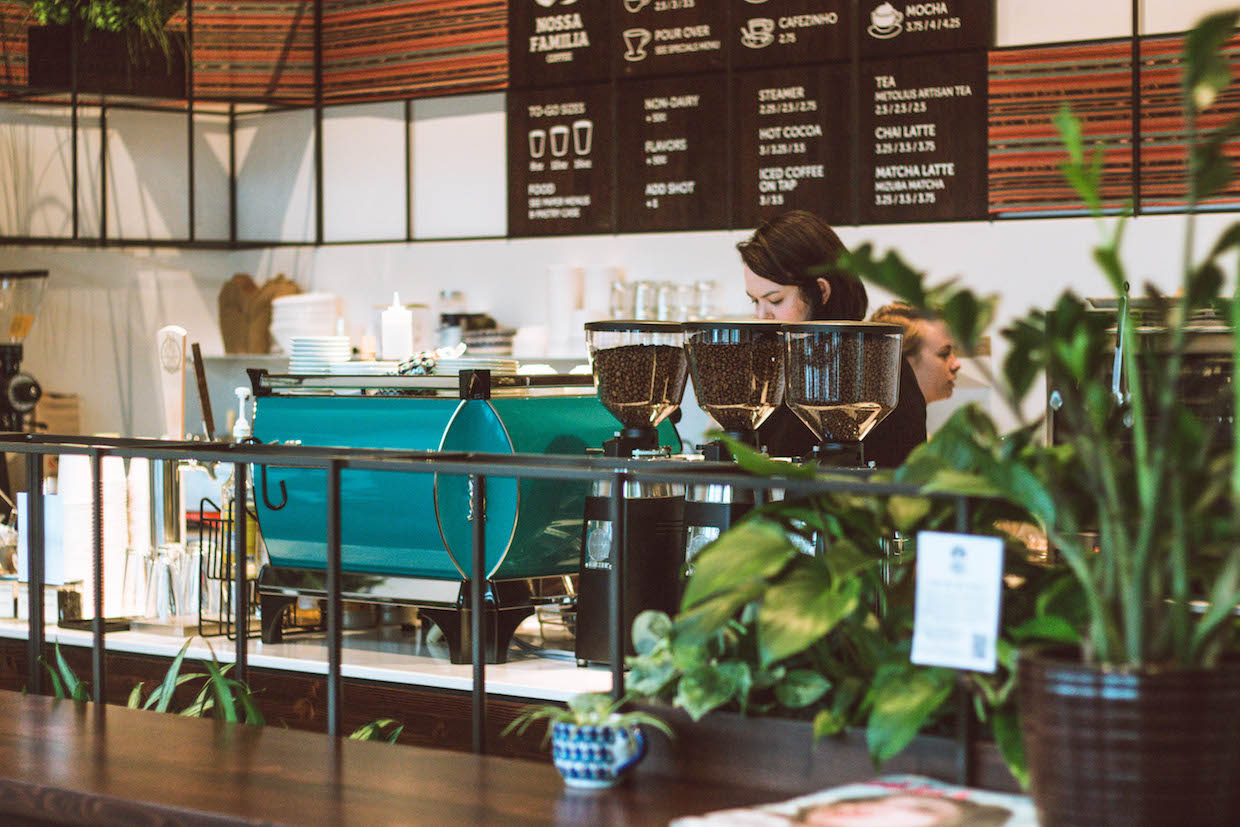 Multicolored fabric sourced from Guatemalan weavers provides the dominant color splashes throughout the café, reflected by a blue La Marzocco GB5 espresso machine atop the bar. Carneiro said he sourced the shop’s custom, hand-painted mugs from a visit to Lake Atitlán in Guatemala. Additionally, dozens of plants reminiscent of the Guatemalan highlands where coffee is grown are found throughout the space.

The company says the design nod to origin will be repeated in numerous upcoming retail spaces as a way to more deeply connect customers to their coffee.

The company also previously announced that it will move its Pearl District roastery to a larger space in the Northwest Industrial Portland district, while the espresso bar currently adjoining the roastery will be transplanted nearby to NW 13th and Lovejoy next month, where it will feature a design inspired by Nicaragua’s cloud forests. Additionally, construction is underway for a new Brazil-themed Nossa Familia café at the Seven Corners Community Collaborative building at SE 20th and Division in Portland. 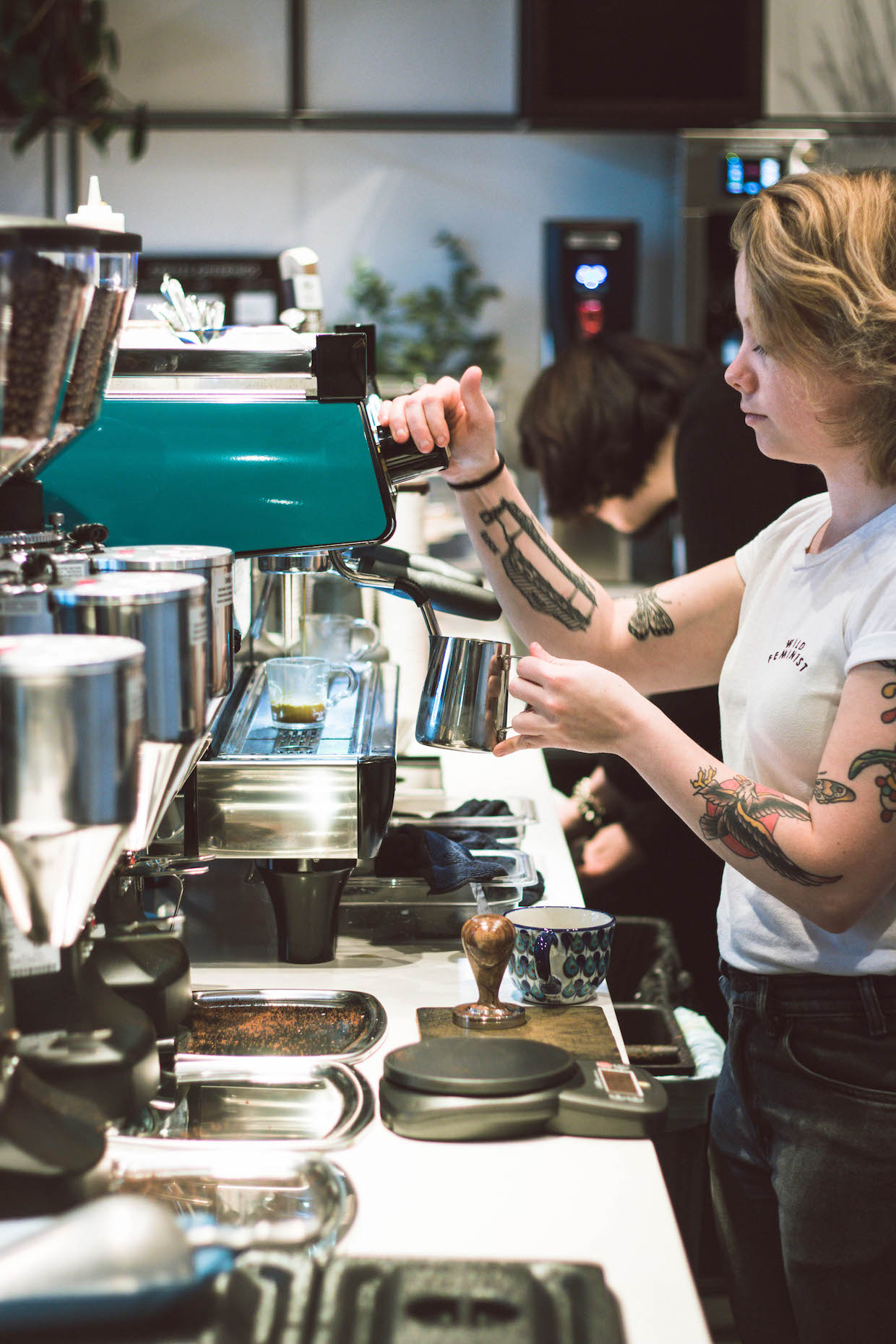 A grand opening party for the new SE 3rd and Clay café is scheduled for this Friday, Dec. 8.