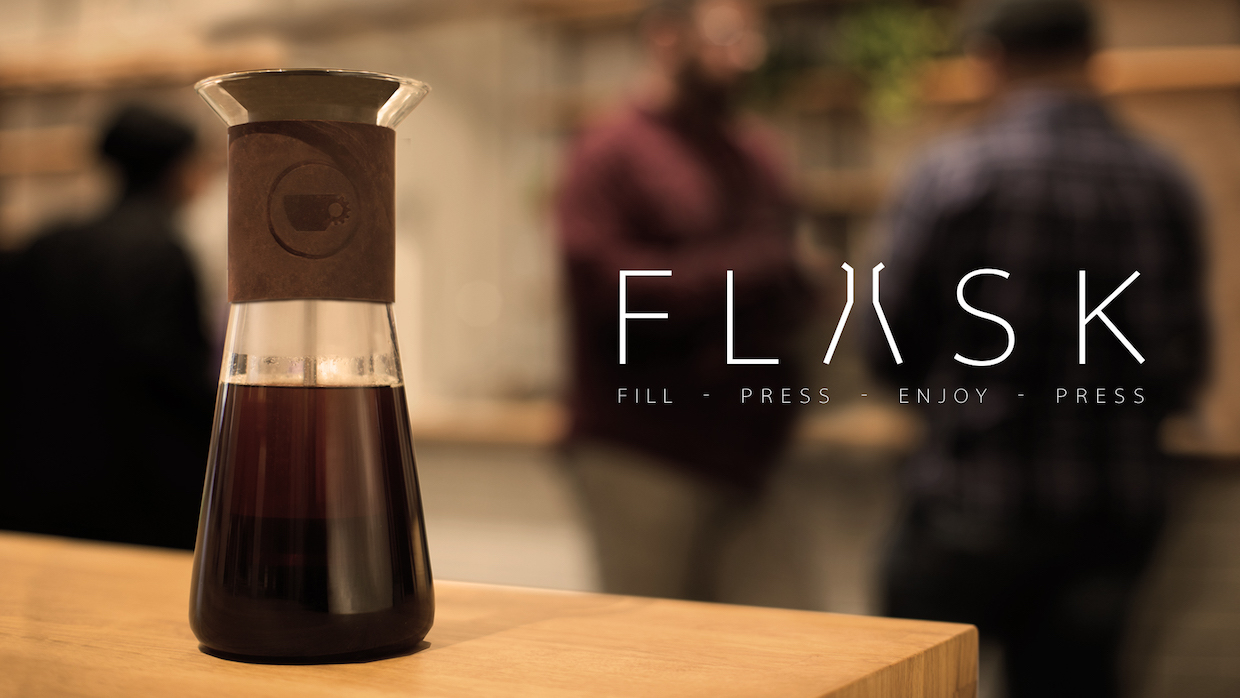 Originally based in Salt Lake, the company turned many a head in the specialty coffee industry when it unveiled its flagship Steampunk commercial coffee and tea brewer in 2012. AD followed that up with the launch of commercial batch brewer last year called The Sight. Showcased at the company’s public ‘Extraction Lab’ in Brooklyn, both pieces of equipment have been revered for their functional innovations as well as their aesthetic appeal. 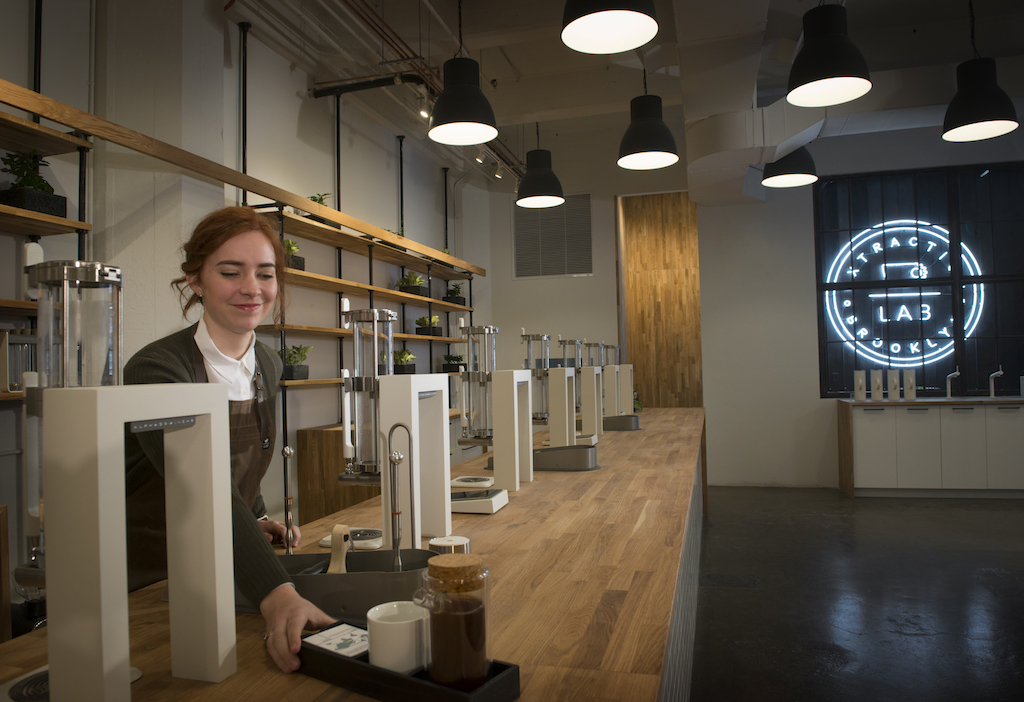 Alpha Dominche Steampunk brewers on display at the company’s ‘Extraction Lab’ in Brooklyn.

Shaped somewhat like a Hario Mizudashi cold brewer, The Flask similarly intends to look attractive while also delivering quality coffee, this time to home brewers through a simple two-chamber design in which a press separates the grounds from the brewed coffee after a recommended 3-minute immersion period.

“We are very excited to be entering into the consumer market, and look forward to developing more innovative products for home and commercial users around the world,” Aloha Dominche CEO Thomas Perez said in a company unveiling of the product today.

AD says it will be launching a crowdfunding campaign in the early part of 2018, with the product release expected within the year.

Overpriced glass aeropress with a Stagg Prismo on the bottom.
(Better get out of here, before I get destroyed haha)