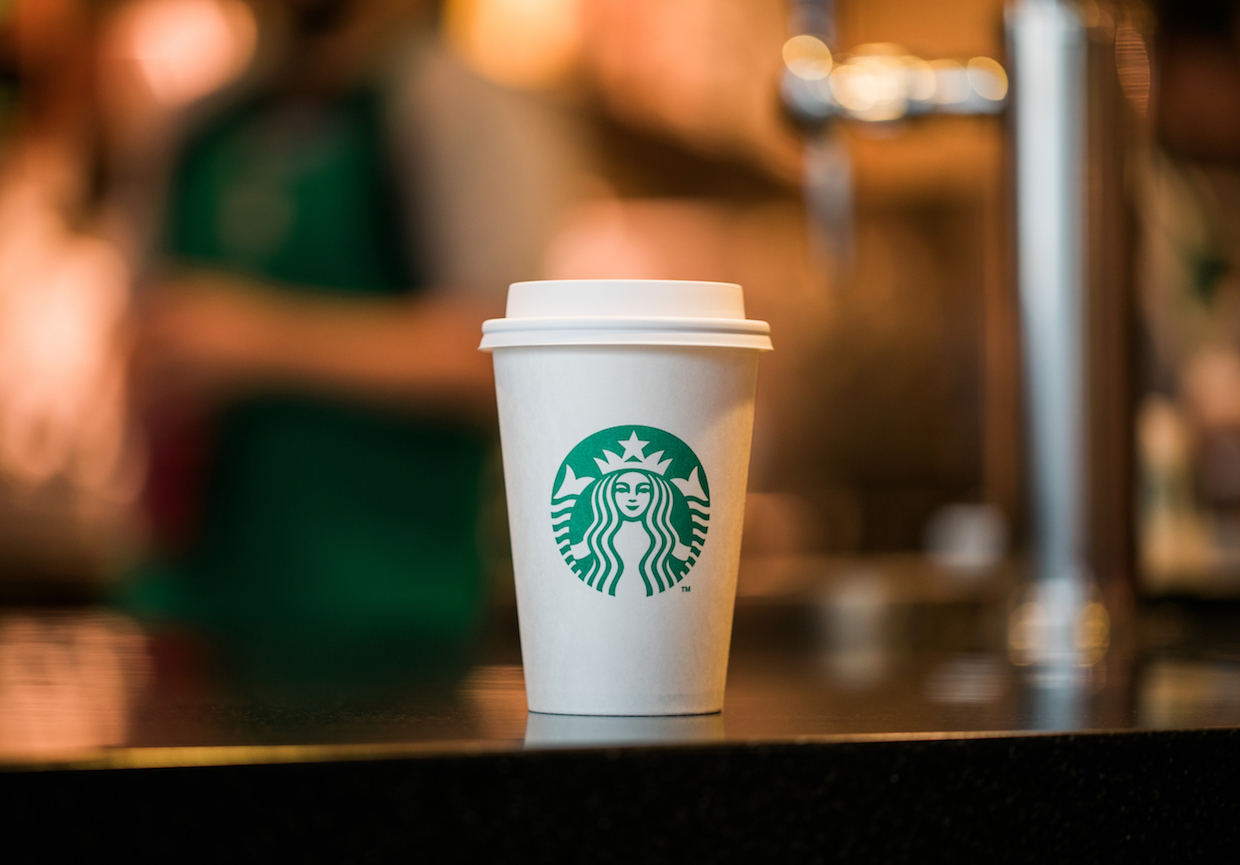 The financial commitment is part of what Starbucks is calling its NextGen Cup Challenge. The announcement was made today, ahead of the company’s annual meeting of shareholders, which takes place tomorrow, March 21.

The company estimates that it distributes approximately 6 billion paper and plastic cups through its 28,000 locations annually, the vast majority of which are not recyclable due to plastic components that cannot be processed by individual municipalities.

Paradoxically, the company is now investing in solutions to an environmental sustainability problem that it has long recognized, yet willfully perpetuates to this day. For example, Starbucks proudly trumpets the release of its annual holiday cups, mentioning neither the resources used to produce them nor the fact that the vast majority of them are to end up in landfills. 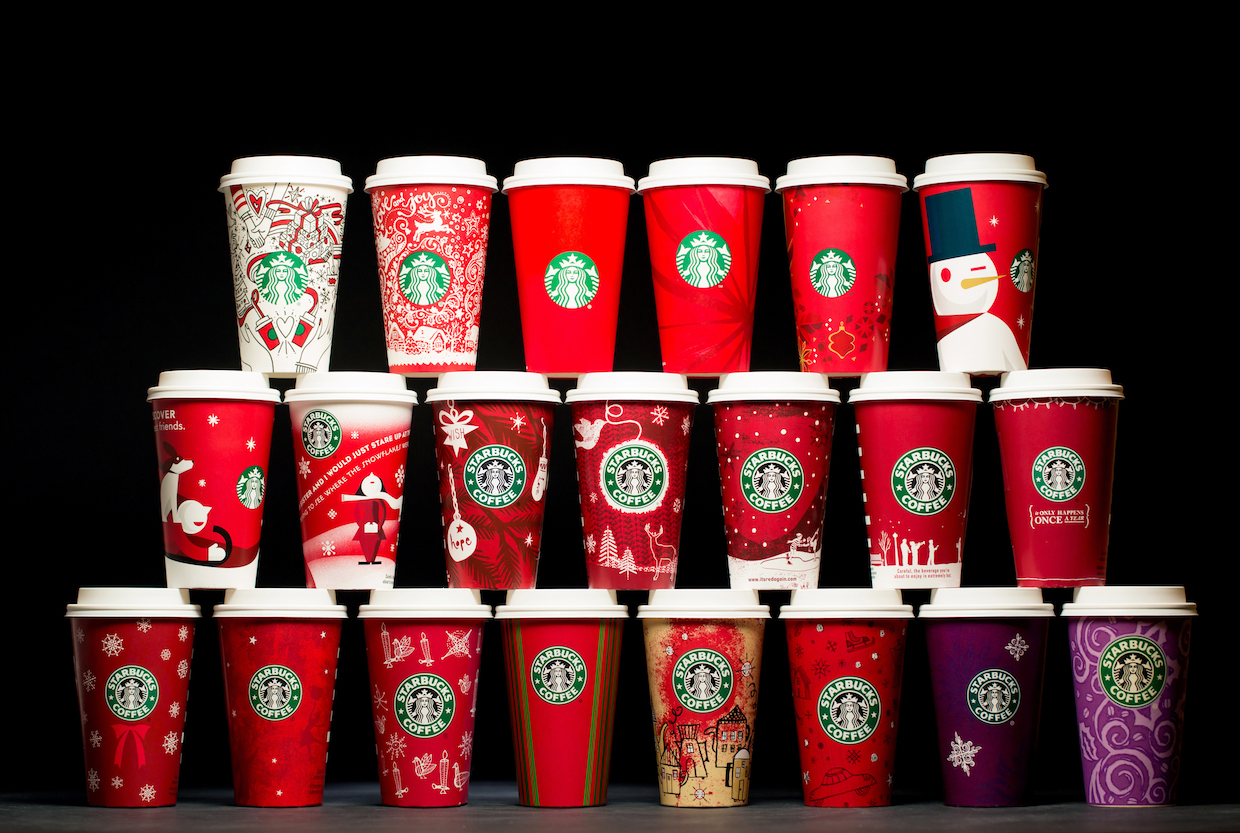 According to today’s announcement, the $10 million commitment will involve a two-pronged approach to cup recycling solutions. Through the NextGen Cup Challenge and Closed Loop Partners, a consortium will award accelerator grants toward the development of more sustainable cup solutions while maintaining an open-source approach in order to encourage industry-wide participation and global solutions.

Additionally, the company plans to join with the National League of Cities’ Sustainable Cities institute to advocate for model legislation to make recycling access more widely available. In other words, the company plans to continue to encourage widespread adoption of recycling facilities and best practices among government organizations, and the citizens they represent, to make way for its existing garbage to become more recyclable.

Internally, Starbucks is initiating a trial of a new cup lining made partially of plant-based material for its paper cups. The trial is expected to take approximately six months as Starbucks evaluates whether the liner can meet safety and quality requirements when cups are filled with hot liquid. The company did not mention production cost as part of its evaluation process.

In the UK, Starbucks began charging a 5 pence (approximately 7 cents) tax on paper coffee cups, while it has also offered U.S. and UK customers small discounts for using reusable cups for the past 20 years. In its U.S. retail stores, the company also offers a $2 reusable hot cup, and it plans to introduce a reusable cold cup version later this year.

That’s nice. I hope it a more serious offer than the time they set up the Five Million Dollars for water in coffee villages that ended up just giving some money to WaterAid in Great Britain to finish a well they had already started, and then the wonderful Starbux fund seemed to disappear off their website. I will believe it when I see it. As I have said so often in the past, and directly to some of the higher ups at Starbux, they could be the greatest company on the planet if they only really did some of the things they claimed and maybe a little more.

CHALLENGE: WHY NOT MAKE ALL OF YOUR CUPS REUSABLE: WITH THE DATE OF MANUFACTURE PRESSED INTO THE CUP ABOVE THE LOGO’S CROWN. WITH X NUMBER OF COFFEE PURCHASES WITH THAT CUP GET A FREE CUP OF COFFEE. CUPS WITH THE OLDEST MANUFACTURE DATE RECEIVE EXTENDED FREE CUPS OF C

CHALLENGE: WHY NOT MAKE ALL OF YOUR CUPS REUSABLE: WITH THE DATE OF MANUFACTURE PRESSED INTO THE CUP ABOVE THE LOGO’S CROWN. WITH X NUMBER OF COFFEE PURCHASES WITH THAT CUP GET A FREE CUP OF COFFEE. CUPS WITH THE OLDEST MANUFACTURE DATE RECEIVE EXTENDED FREE CUPS OF COFFEE.
MAYBE EVEN OFFER COFFEE MEMBERSHIPS WITH THOSE WITH THE OLDEST CUPS; ALLOWING FOR A LIMITED NUMBER OF FREE CUPS PER MONTH OR WEEK OR SEVERAL WEEKS ETC.

I have a patented process that can take the plastic out of a normal coffee cup that makes a normal cup 100% recyclable.

Why spend $10 million on finding a new cup when you already have a process that can recycle the cups we now use 100%.
Please get in touch with me as I can save you a lot of time and Money.