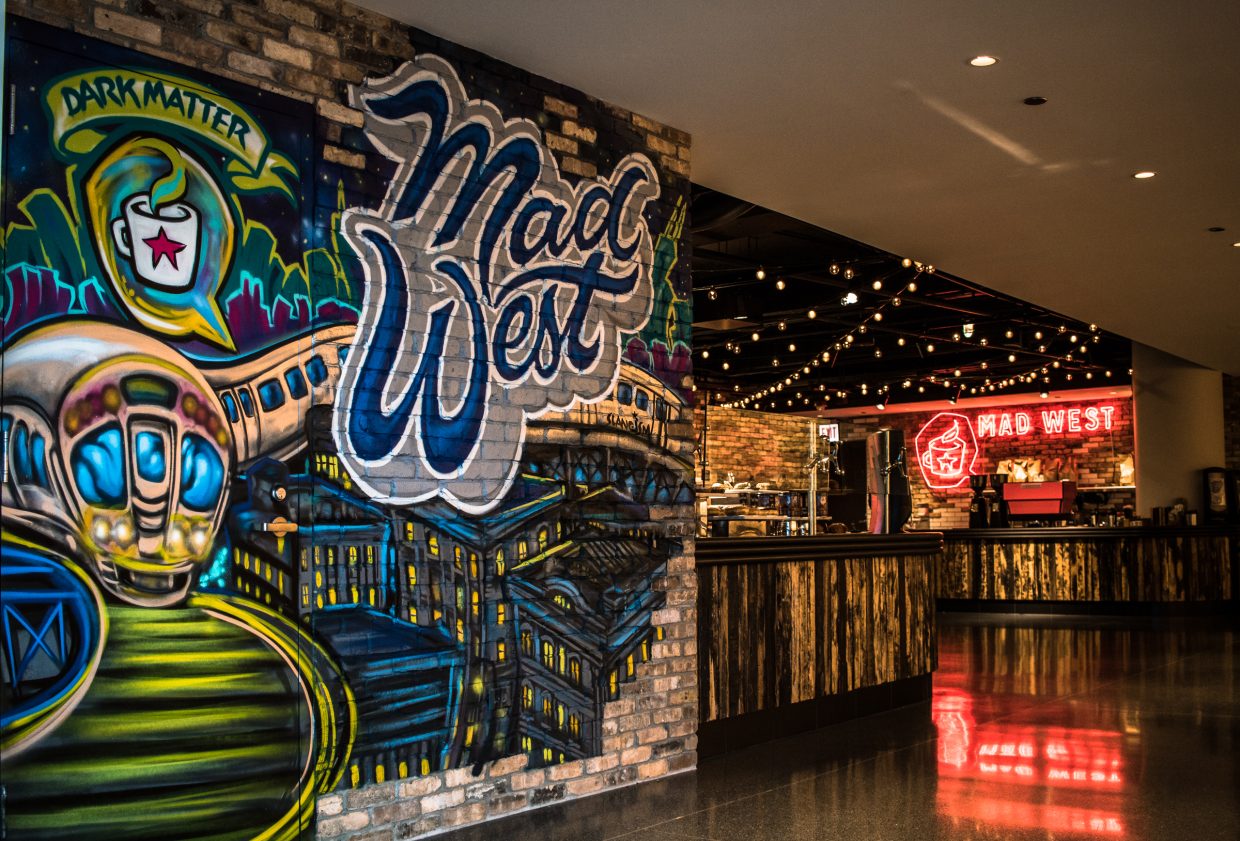 “We wanted to work with the United Center to provide the best representation of a DMC location, while honoring the heritage of everyone involved,” Kyle Hodges, DMC’s head of marketing, told Daily Coffee News. “The Bulls, Blackhawks, numerous events — and let’s not forget the Michael Jordan statue — are all iconic parts of Chicago. A lot of effort and thought went into creating a space that would honor these things, while still providing a new space that is unlike anything found in sports arenas.” 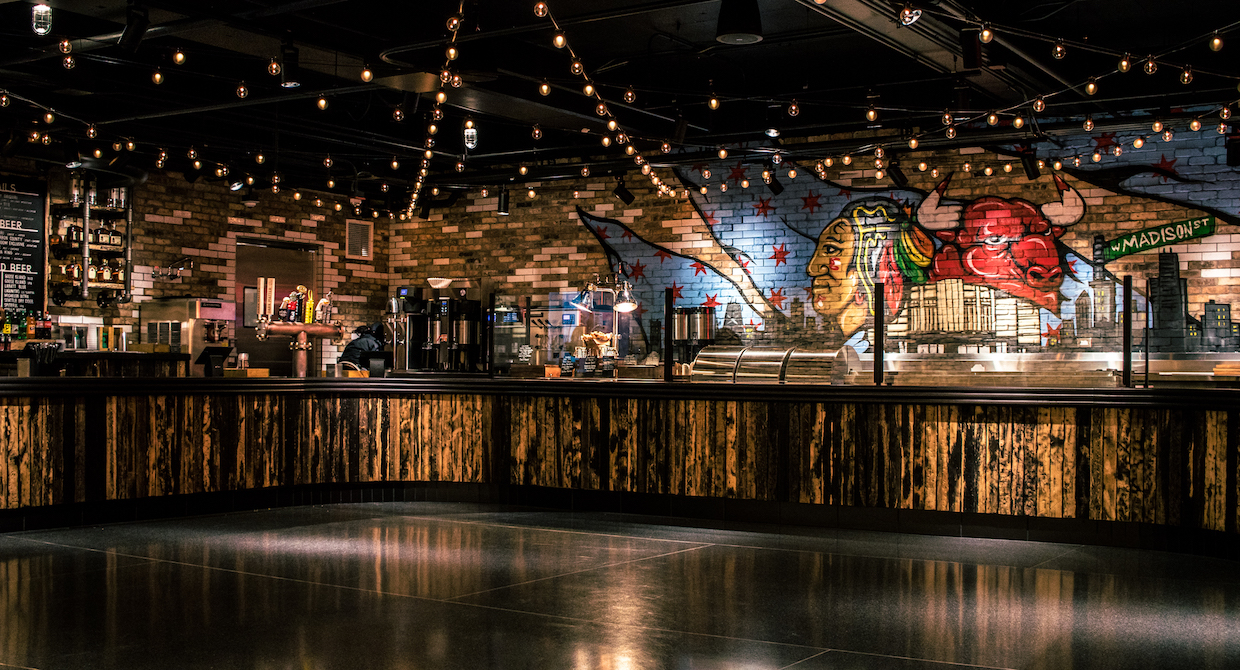 Inspired by elements of Chicago’s Near West Side, the space is designed with brick and murals by well-known local artists JC Rivera and Tyrue “Slang” Jones. A rotating art series will be launching soon, where selected artists will have their work hung in the adjacent wall across from the retail space, while selected will also be featured on some bags of coffee.

Located in the United Center’s public atrium, Mad West is staying open from 10 a.m. to 6 p.m. daily. On event days, service is available for an hour after the event ends. Although there may be some unique challenges in serving sports fans and event attendees, Hodges sees this as an opportunity rather than an obstacle. 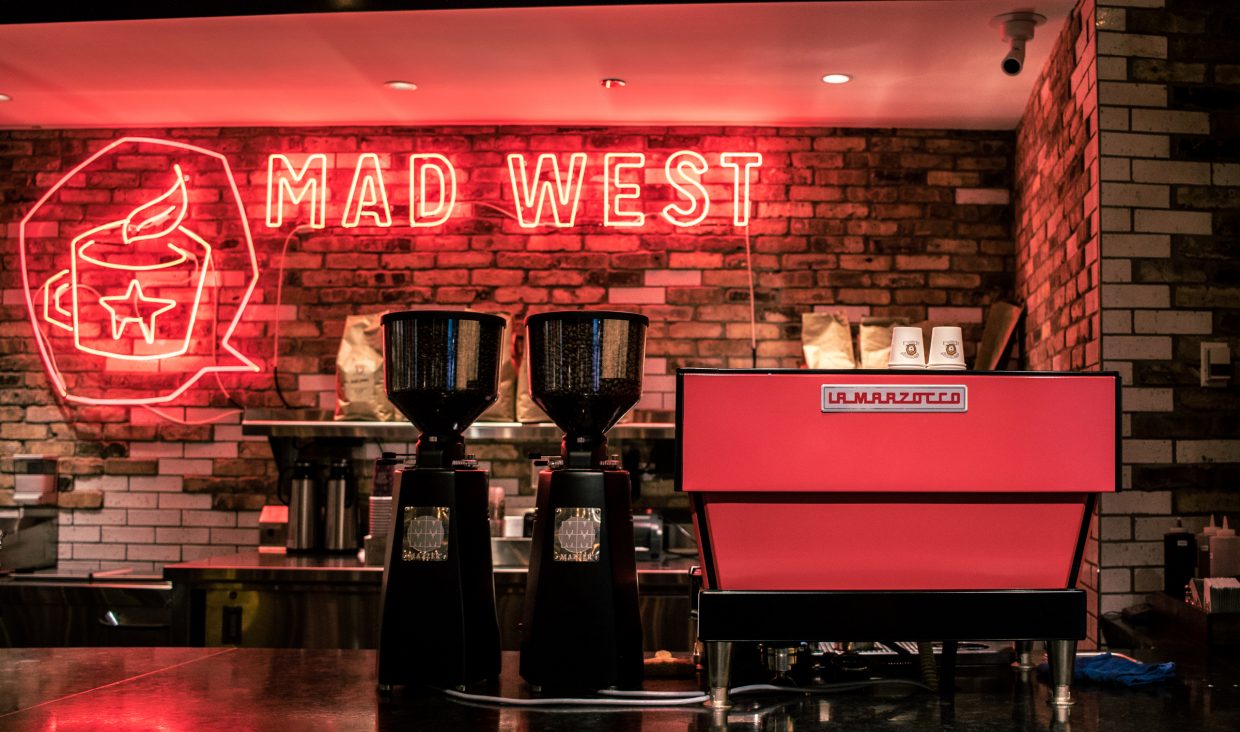 “Everyone appreciates a great cup of coffee. The patrons who are attending the events, as well as the neighborhood folks who come into the location during normal days, all want quality coffee at reasonable prices, with great customer service. We focus on doing just that,” Hodges said. “Too often the focus is pushed away from these three key pieces of what make businesses succeed.”

The menu at Mad West features several of DMC’s signature drinks, hot and iced coffee options, espresso-based beverages, and teas. Espresso drinks are made through a La Marzocco Linea, the standard piece of machinery within DMC’s other shops. The menu also features baked goods from West Town Bakery and Do Rite Donuts, as with all DMC locations. 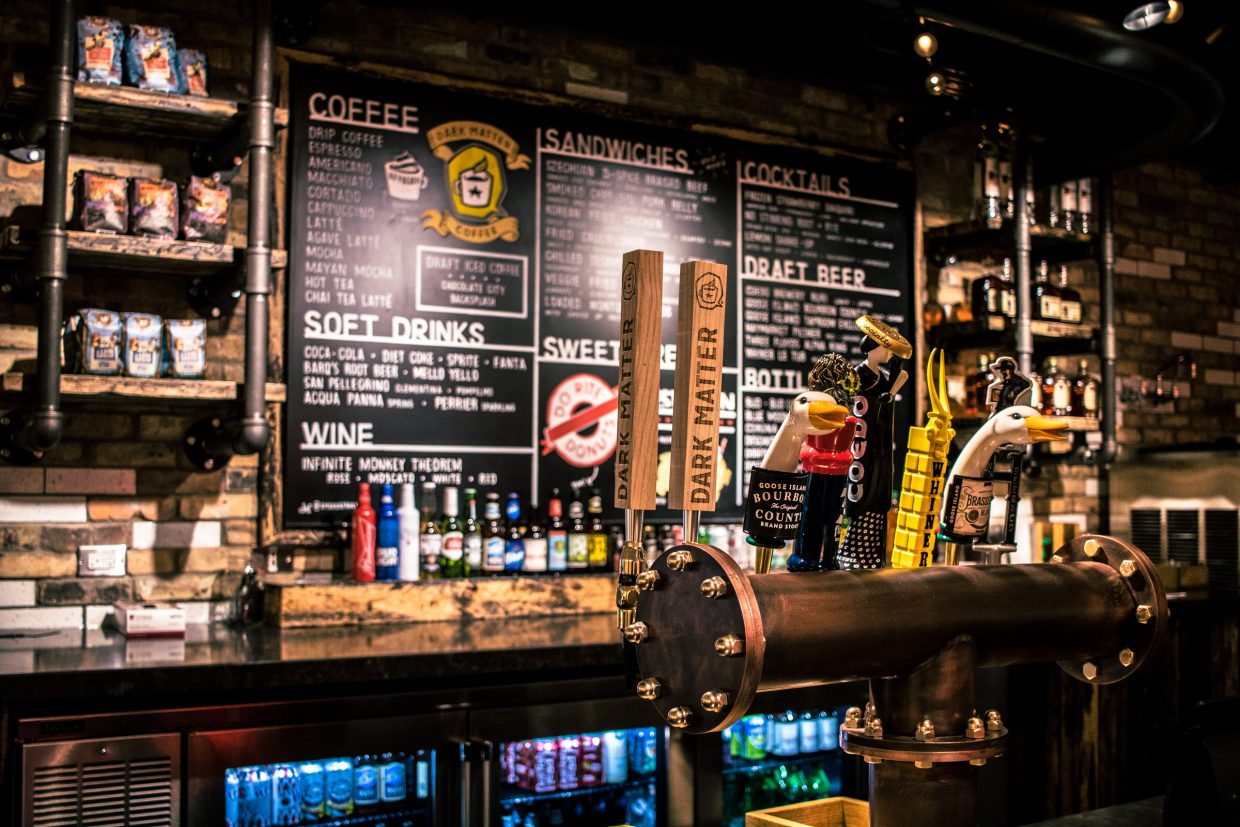 A rotating selection of different barrel-aged iced coffees will be featured throughout the year, from the standard whiskey to beer, wine, tequila, and rum. DMC collaborates with numerous breweries, companies, and restaurants for its ongoing green coffee barrel-aging program.

“While DMC didn’t create barrel-aging coffee — something that dates back to the Dutch East Indies trading company — we are definitely the leader in this category,” said Hodges. “Having released over 85 different barrel-aged coffees since our first in August of 2014, we know how to make each barrel-aged selection original, without sacrificing consistency.” 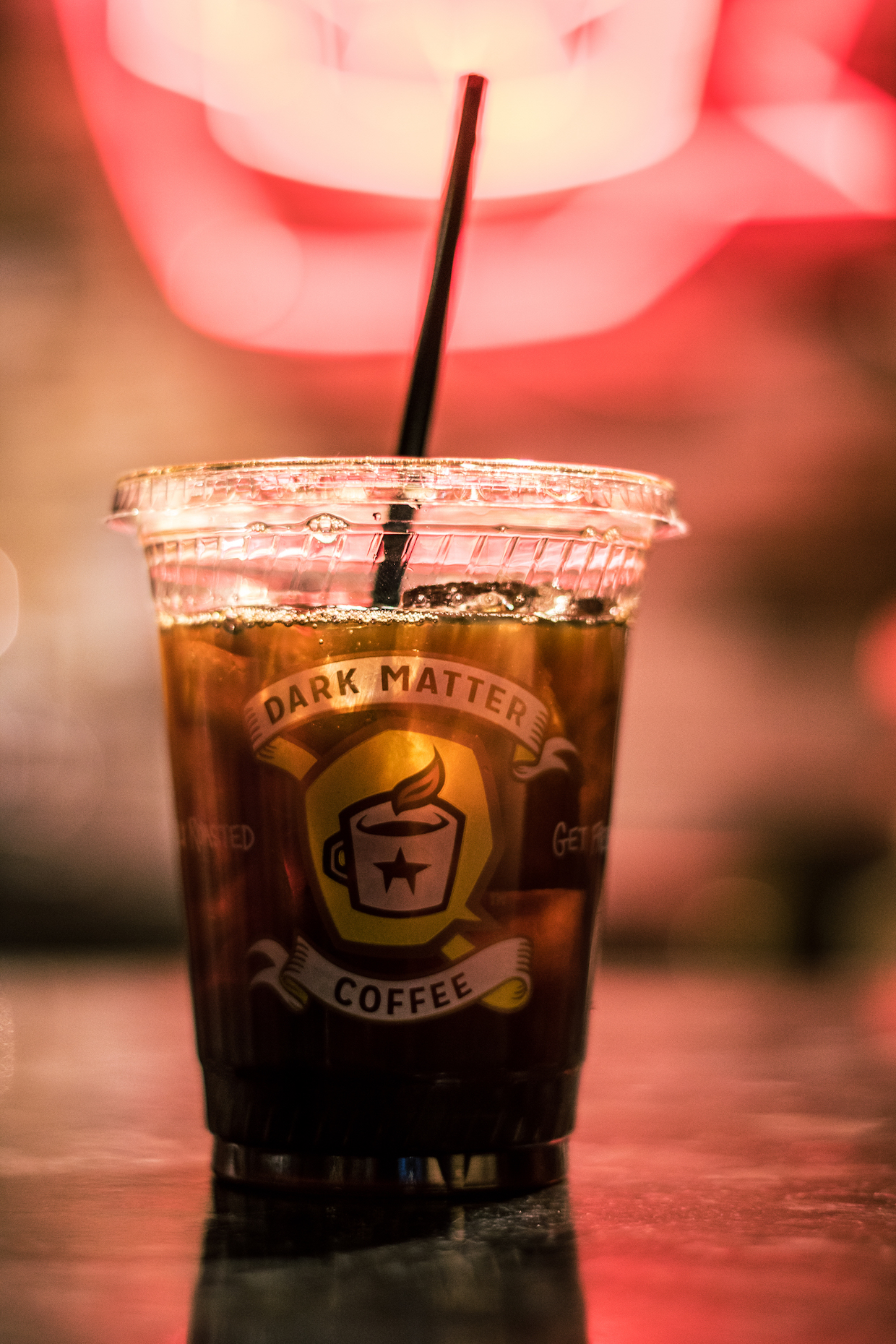 DMC was established in 2007 with a flagship location, Star Lounge Coffee Bar, and is led by Jesse Diaz, DMC’s president and founder. The company has since opened numerous retail locations — each with its own elements of DMC’s characteristic underground psychedelia — while growing to more than 70 employees.

“We are proud to call Chicago home and work hard every day to make the best coffee on the planet,” Hodges said.

A new retail location — to be called Electric Mud — is scheduled to open within months. Like their other spaces, the location will have its own theme, mural, and other “electrified elements of artistic awesomeness to adorn every square inch,” according to the company. The inspiration for the new space is from Muddy Water’s album of the same name recorded in 1968 at Ter Mar Studios in Chicago. Said Hodges, “It’s a stone cold classic.”

Additional DMC locations are planned for late 2018 and early 2019.

Mad West is now open inside the United Center at 1901 W. Madison Street in Chicago.