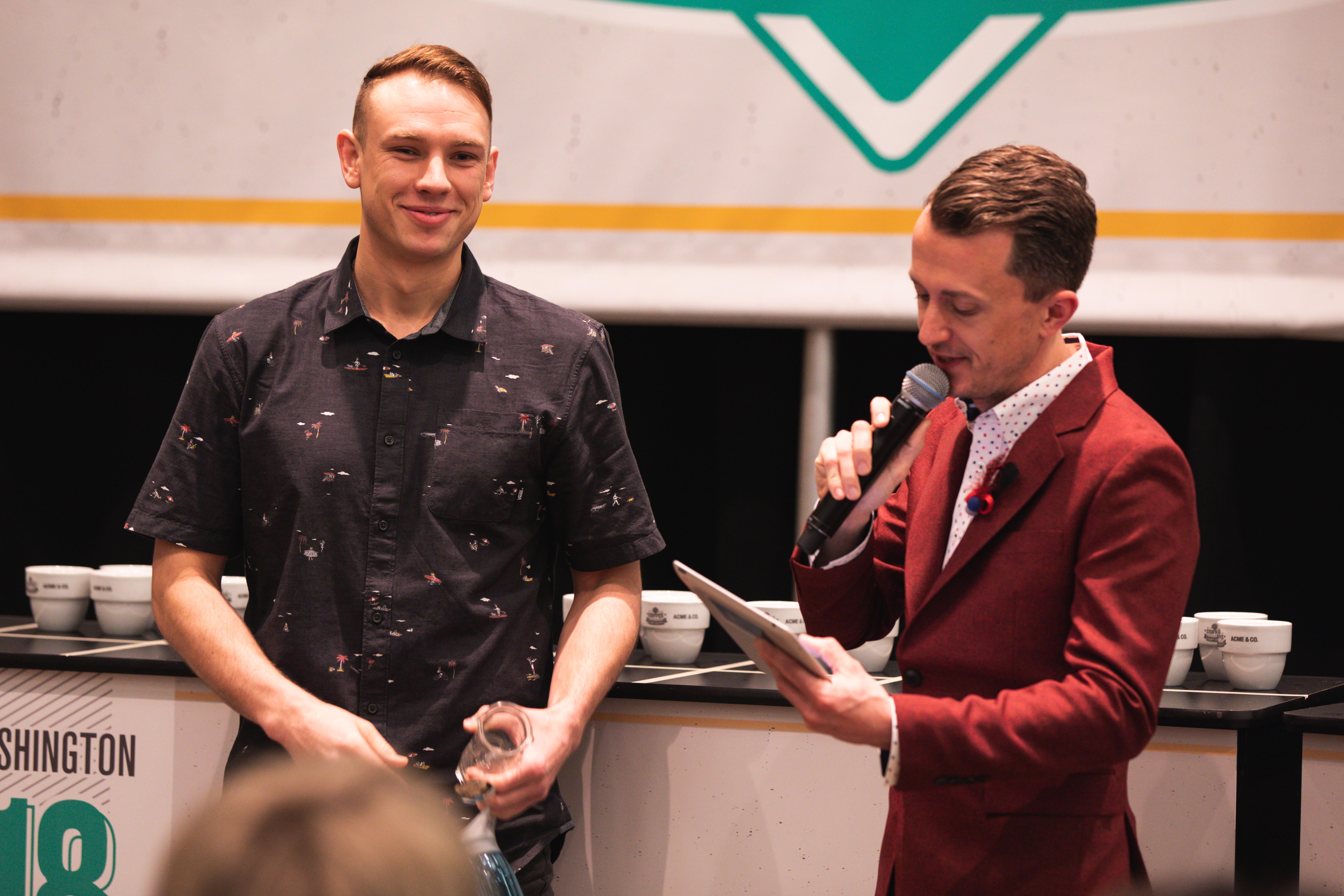 Seattle local Ken Selby, who is currently working part-time at Vashon Coffee Company assisting with quality control and coffee selection, proved the prowess of his palate to himself and to others last month in winning the 2018 U.S. Cup Tasters Championship during the Specialty Coffee Expo in Seattle.

The coffee competition circuit provided a new challenge for Selby, who grew up playing sports and competitive video games yet has found a more personally and professionally rewarding pursuit in coffee tasting and selection. “I was happy to have found a competitive arena in coffee, and took the plunge into the competitions this year,” the first-time coffee competitor told Daily Coffee News after the big win.

We asked Selby about his experience in Seattle, how he plans to prepare for the World Cup Tasters Championships in Dubai, and about his aspirations in coffee. 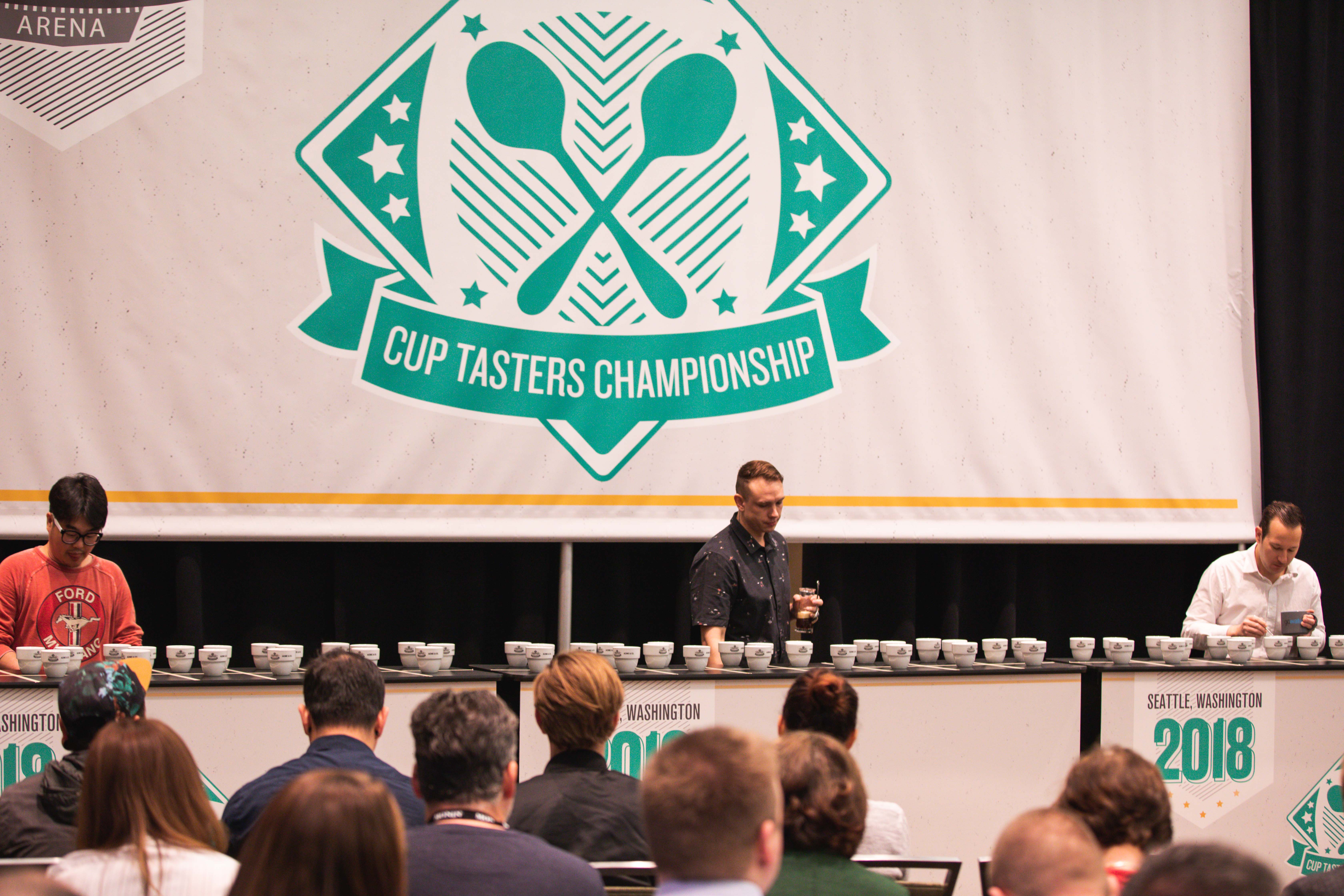 (Editor’s note: This interview has been shortened for space and clarity.)

Lily Kubota: What motivated you to compete in the Cup Tasters competition?

Ken Selby: I suppose my motivation was to find a new venue of coffee-based information sharing and coffee like-mindedness. I was a bit hesitant to compete in any coffee competitions because I felt like I was not invited into the club, per se, but I think that was in my head and I am glad I finally participated… Cup Tasters is really the only objectively evaluated competition and, in my mind, that made it more appealing. Either I was going to do well, or not, and that would settle any doubt I had in my tasting abilities.

LK: How do you plan to prepare or practice for the World Cup Tasters Championship?

KS: I will continue to drink as many different beers, eat as many different cheeses, and include as many vinegars in my diet as I can. Outside of simply enjoying various foods and flavors, I will hopefully be doing triangulations once a week, as well as practicing with acids and getting a more efficient understanding of their taste and distinguishing features. Lastly, something I noticed while competing is that 1-3 triangulations were really easy to discriminate simply by the hue of the coffee in the cups. So, after talking with Terry Ziniewicz and the Rhino Coffee Gear team, they have generously agreed to provide me with black cupping bowls to help eliminate that issue as much as possible… I also might eliminate salt as much as I can two weeks out from competition — though I do not know if that is super helpful or not — so I will be doing that some time during the summer and then evaluate from there if it is worthwhile or not.

LK: Did you learn anything through this process that will help you in future competitions or in your work?

KS: Absolutely. Most importantly, I learned that fellow coffee competitors really just want the best for you. People are immensely encouraging, even after defeat, and that says so much about the character of folks in our industry. I am blown away by everyone I competed with and hope that I emulated the same friendly competitive spirit towards them.

Lastly, more practically, I learned you should not blow your palate on the first half of your triangulations. In my final round, if I could not discriminate what coffee was different I would just keep tasting and tasting. On my last two sets, I was pretty fatigued and was thankful that my intuitions and immediate judgments on the last two sets were right… I learned I should pass by a set if I can’t discriminate after two sips, and just come back to it later. But, perhaps counterintuitively, palate fatigue sets you up to more reliably discriminate differences in coffees, since you cannot overthink it and are left to raw sensation and immediate judgment. I will probably try to practice until I fatigue, and then perform triangulations to see if that is the case. 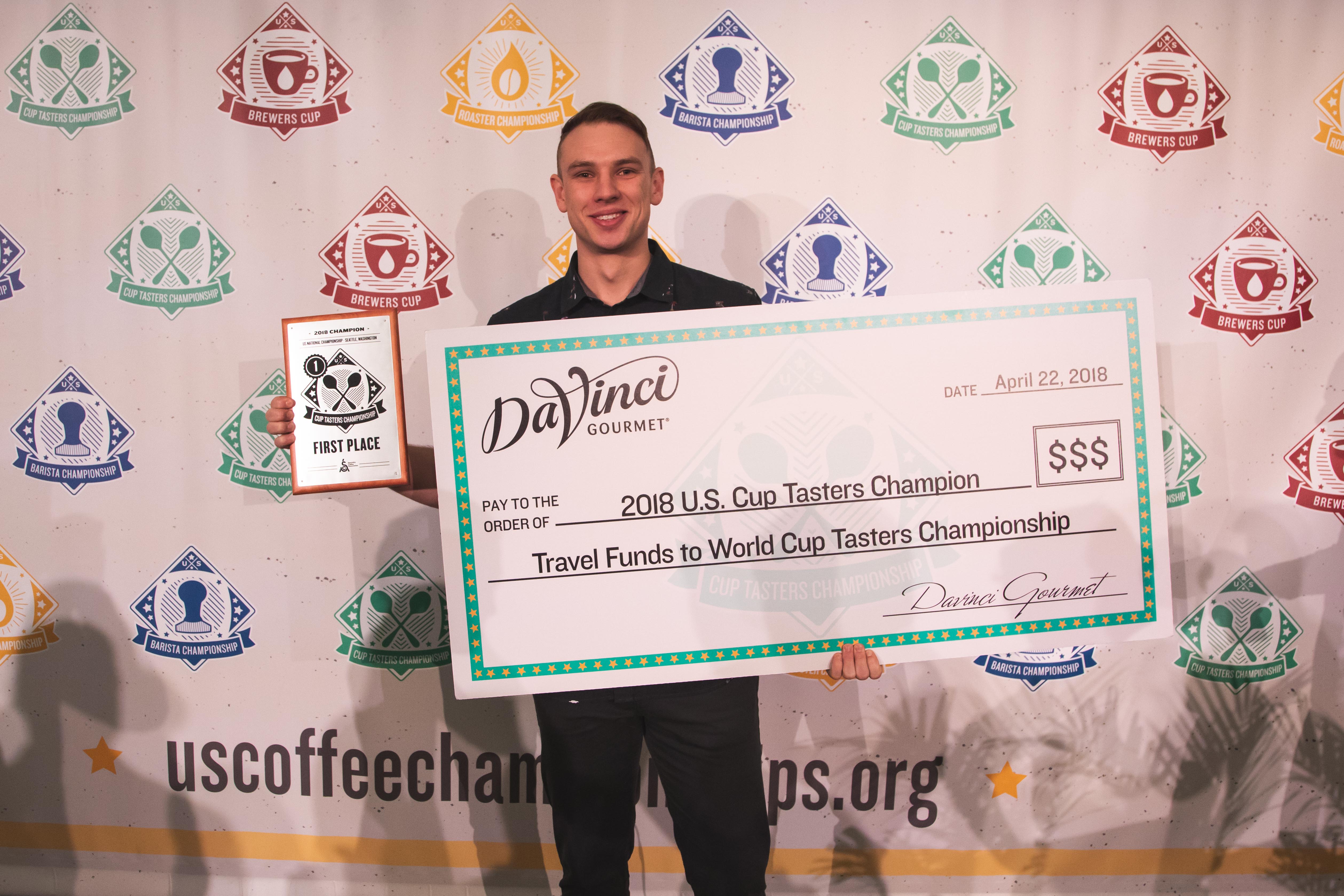 LK: What are your aspirations for your coffee career?

KS: I really would love to be able to establish my own coffee company, ideally closer to my family in Arizona. However, before I am able to do that, I want to really dig deep into coffee processing, fermentation methods, quality control, and coffee selection for a coffee-anchored company. What matters to me right now is finally having an opportunity to work with a company that is passionate about coffee and to learn as much as I can, as well as experience what it feels like to be invested in a company’s mission and values.

LK: As an ambassador for specialty coffee, what message would you like to send to competition hopefuls or coffee professionals trying to pave their own paths?

KS: Personally, I tried for years to persuade various companies that I was dedicated to coffee and that I wanted to be a coffee professional. Unfortunately, many don’t seem to recognize this as a legitimate passion, unless you own a roastery or cafe. And, even when considering specialty coffee broadly, there is only a small enclave in the industry that views their position and function as a “coffee professional.” So, I would say to all similar individuals to humbly compete, and believe in yourself even if others do not. Don’t hold back or expect others to get you there. If you want to win, or be recognized for the hard work you put into your craft — or, in my case, my palate. I think it is okay to put yourself out there and let your actions speak loudly.

Thank you for recognizing the efforts of my fabulous grandson. He is an intelligent and passionate individual, and he is receiving the recognition he has religiously worked to achieve. Congratulations