In Oakland, Slojoy Coffee Roasters Picks Up the Pace With First Permanent Space 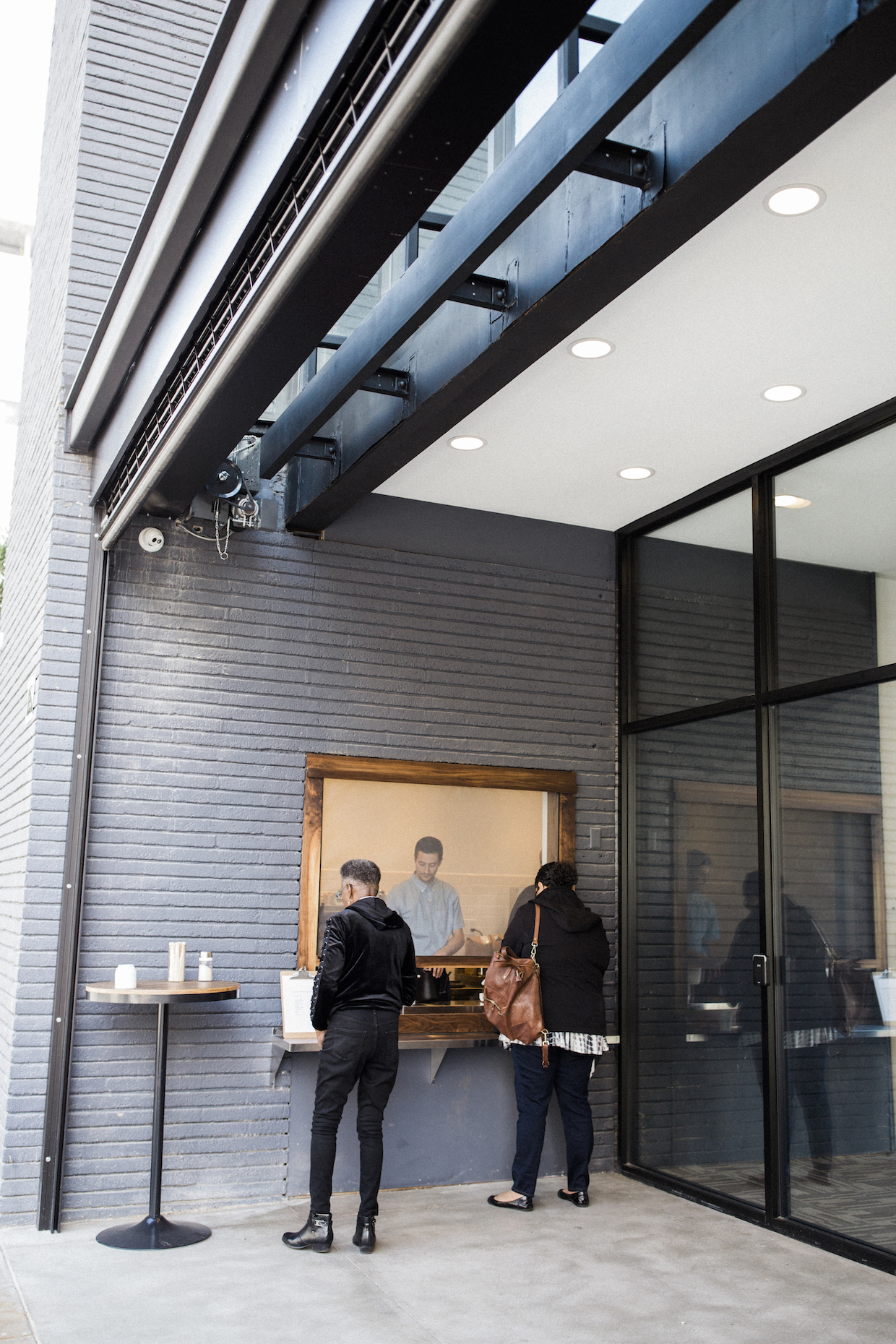 Slow and steady may win the race, but slow and joyous wins it with a smile.

After a year-and-a-half of start-up roasting and pourover pop-ups, then another 18 months of waiting, planning and building, Oakland, California-based Slojoy Coffee Roasters has finally opened a permanent bar of its own. In doing so, Slojoy has come into the closet — an enlarged former janitor’s closet, that is, on the ground level of a two-story building.

“We had to wait for the two-story building we are in to be renovated and built out from an empty shell to what it is now, a new co-working space for freelancers, start ups and non-profits,” Slowjoy owner Christopher Stites told Daily Coffee News. 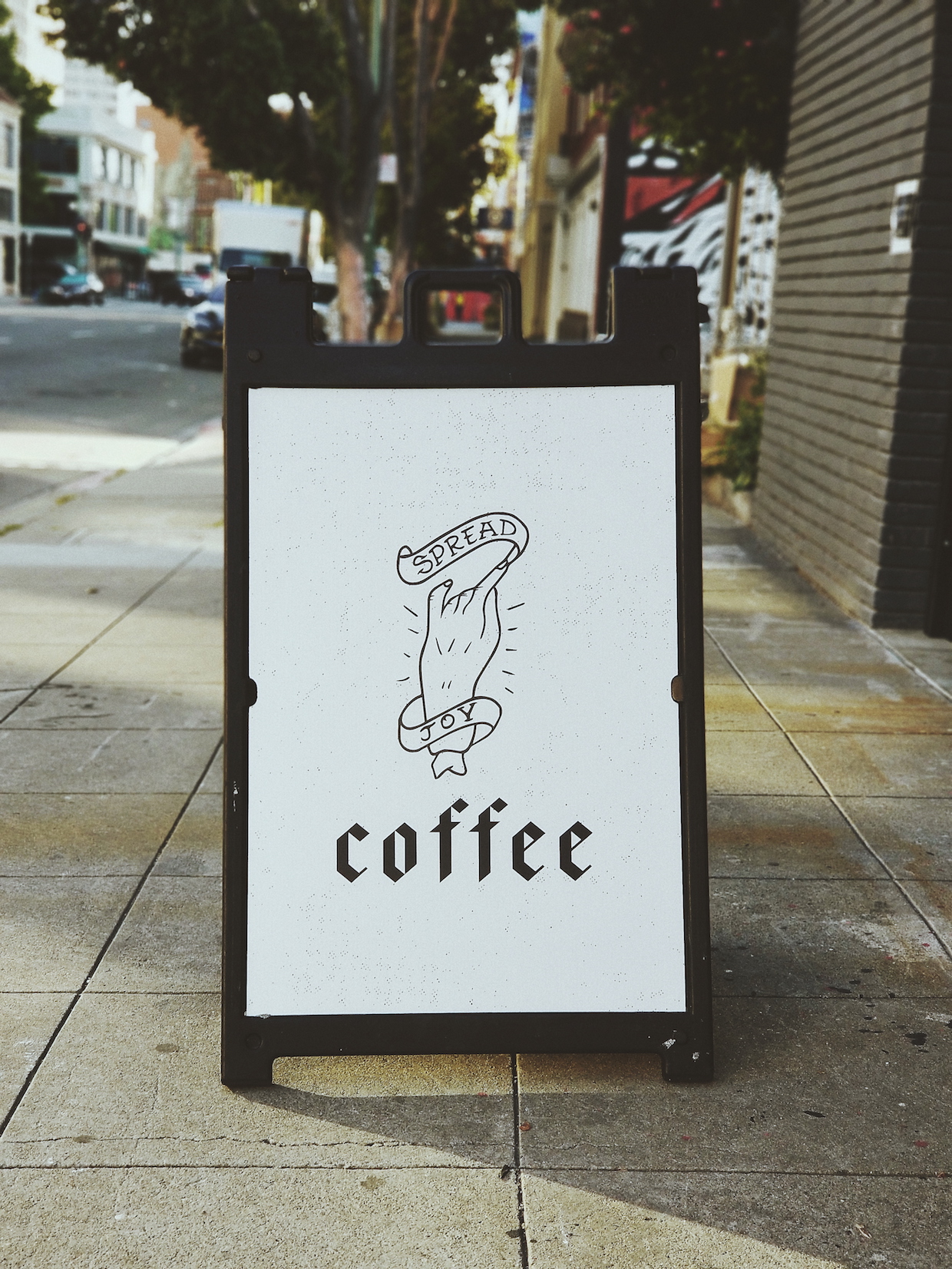 When the building was vacant, Stites said he and the landlord shared a vision of the coffee component being situated somehow at the entrance to the facility.

“We had to walk through the janitor closet to get into the building at that time, and we dreamed of having it here so it could serve both the people in the building and the many people walking by in downtown Oakland,” said Stites. “We added full plumbing and electricity to the shell of the space and it has turned out perfect.” 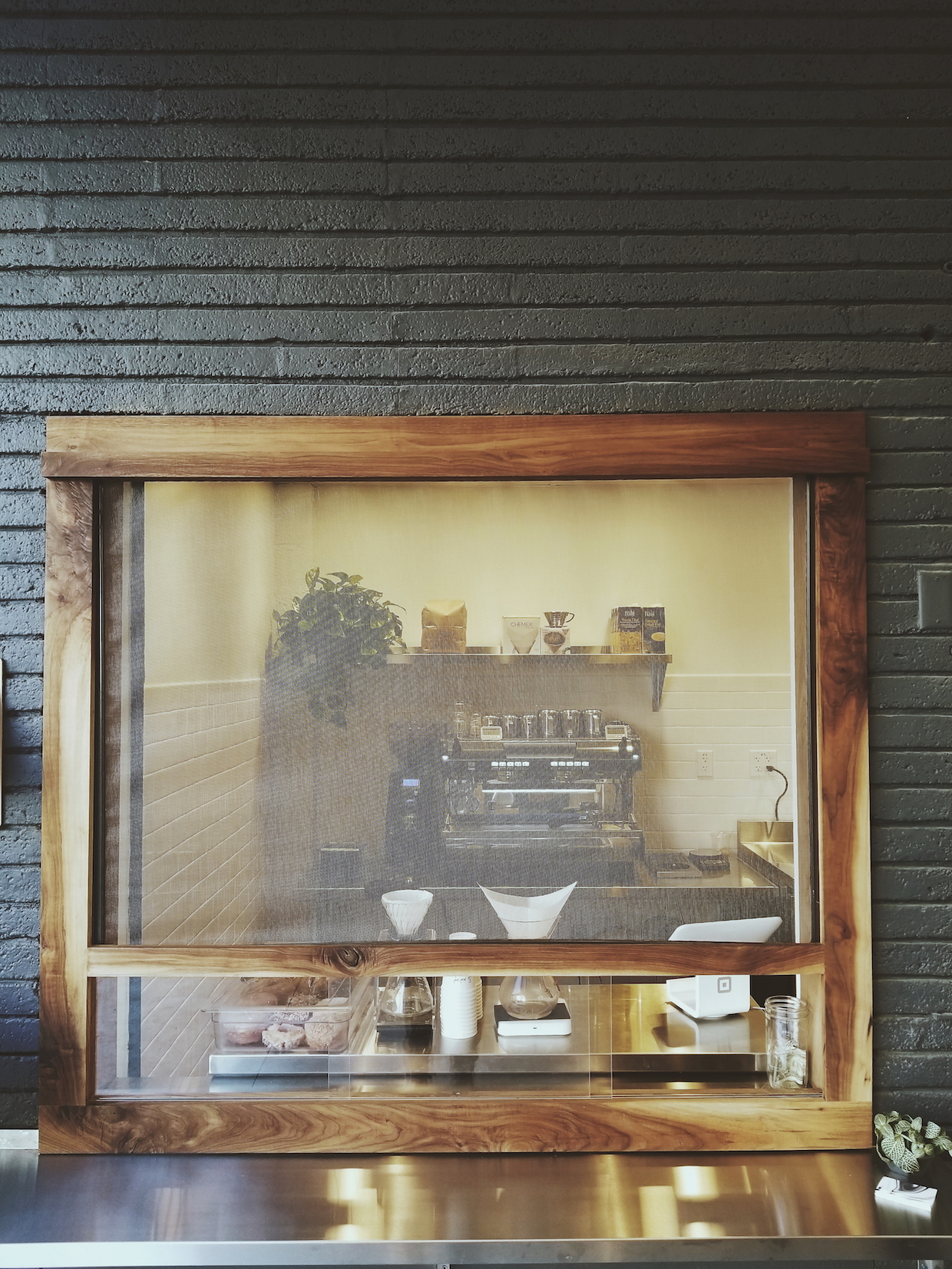 The approximately 200 square feet of space is enclosed by white subway tiles and white painted walls, while equipment installed on stainless steel tables prepares drinks to serve to patrons through Slojoy’s permanent walk-up window, for enjoyment in covered outdoor seating or simply to go.

The roasting operation, which started at home and without prior experience on a Behmor 1600 Plus in October of 2014, is now centered around a 5-kilo Probat machine at the Bay Area CoRoasters shared roasting facility in Berkeley. 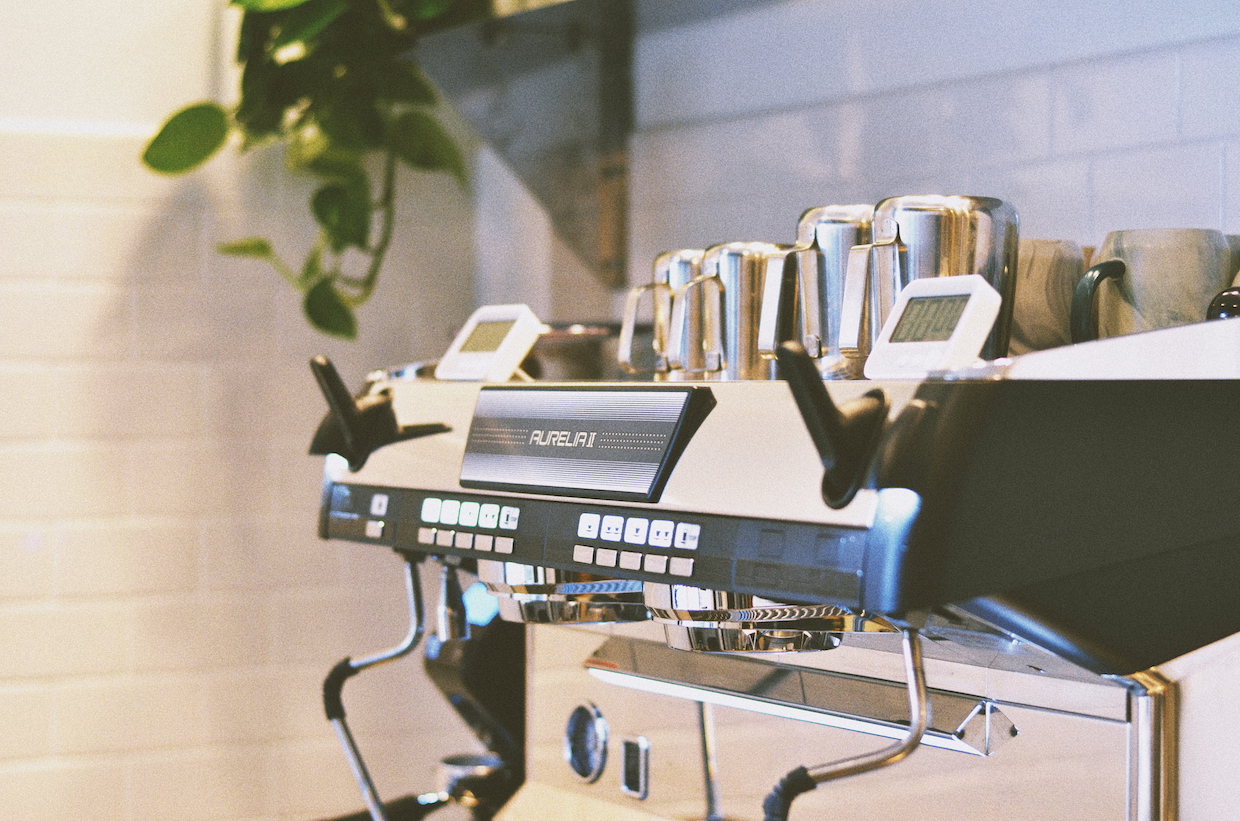 “It was sort of an accident,” Stites said of the birth of the business. “We knew we wanted to learn how to roast coffee so we can do it for ourselves and family, and then we just eventually threw up a website and started roasting and selling more.”

What started off slow is a bit less so now, as far as service is concerned. The manual pourovers that were originally the focal point of the menu now exist alongside traditional espresso service with a Nuova Simonelli Aurelia 2 and MDJ grinder. A Baratza Vario-W does also grind for Chemex and V60 hand-poured from Stagg kettles, while a Curtis G4 Thermo Pro Twin automates larger batches. 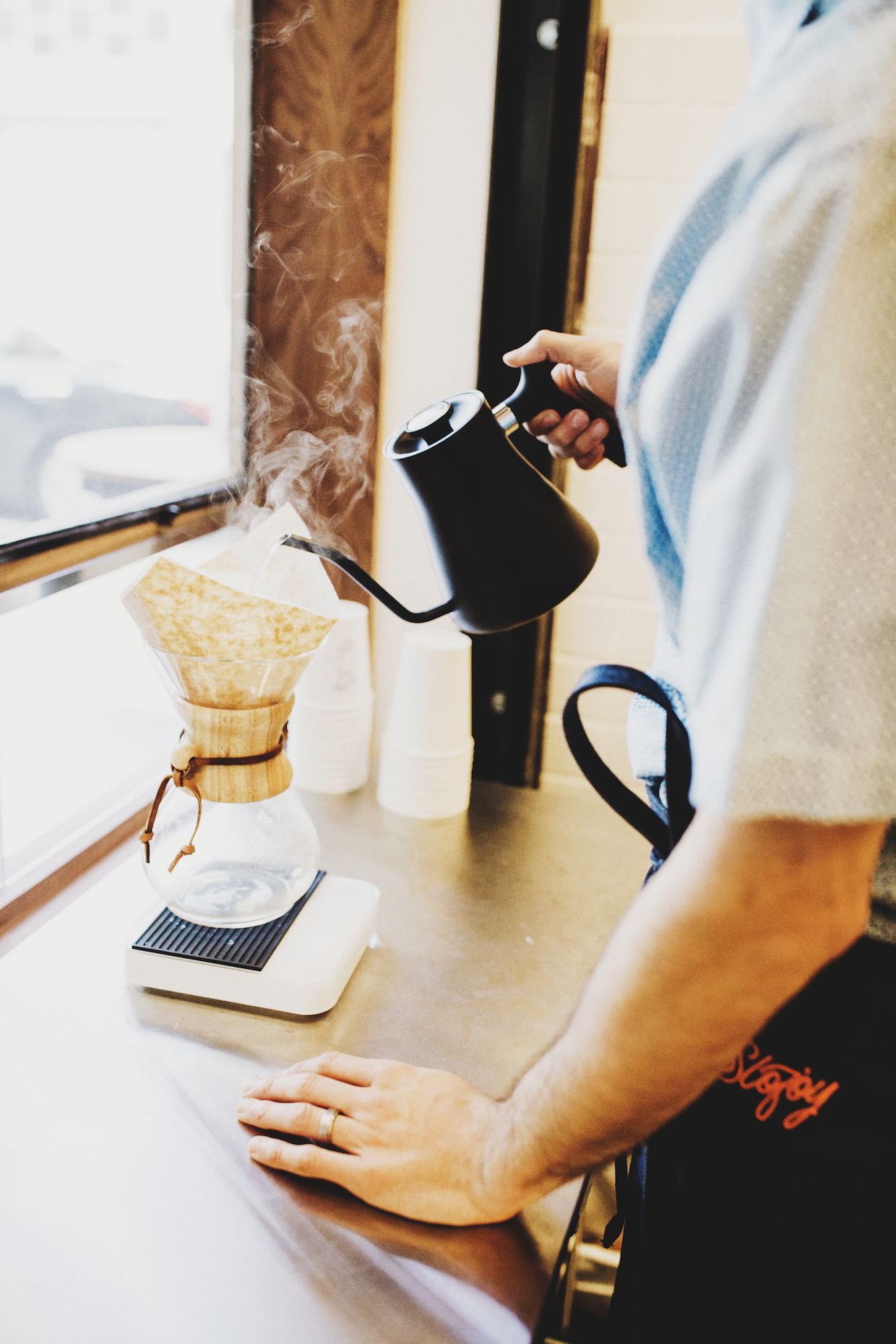 The joy hasn’t changed, though, and continues to spread not only through the coffee and friendly service, but also through a limitless variety of inspiring messages scrawled by hand on the paper cups for patrons to absorb on their way.

“We write handwritten notes of encouragement on every cup that goes out,” said Stites. “It’s our way of spreading joy, as well as we have a ‘Cup of Joy’ on the menu where people can write their own note on a cup and put money down for someone else later to get a free drink. Over the last five weeks we have seen over $100 go towards paying it forward; it’s truly amazing.” 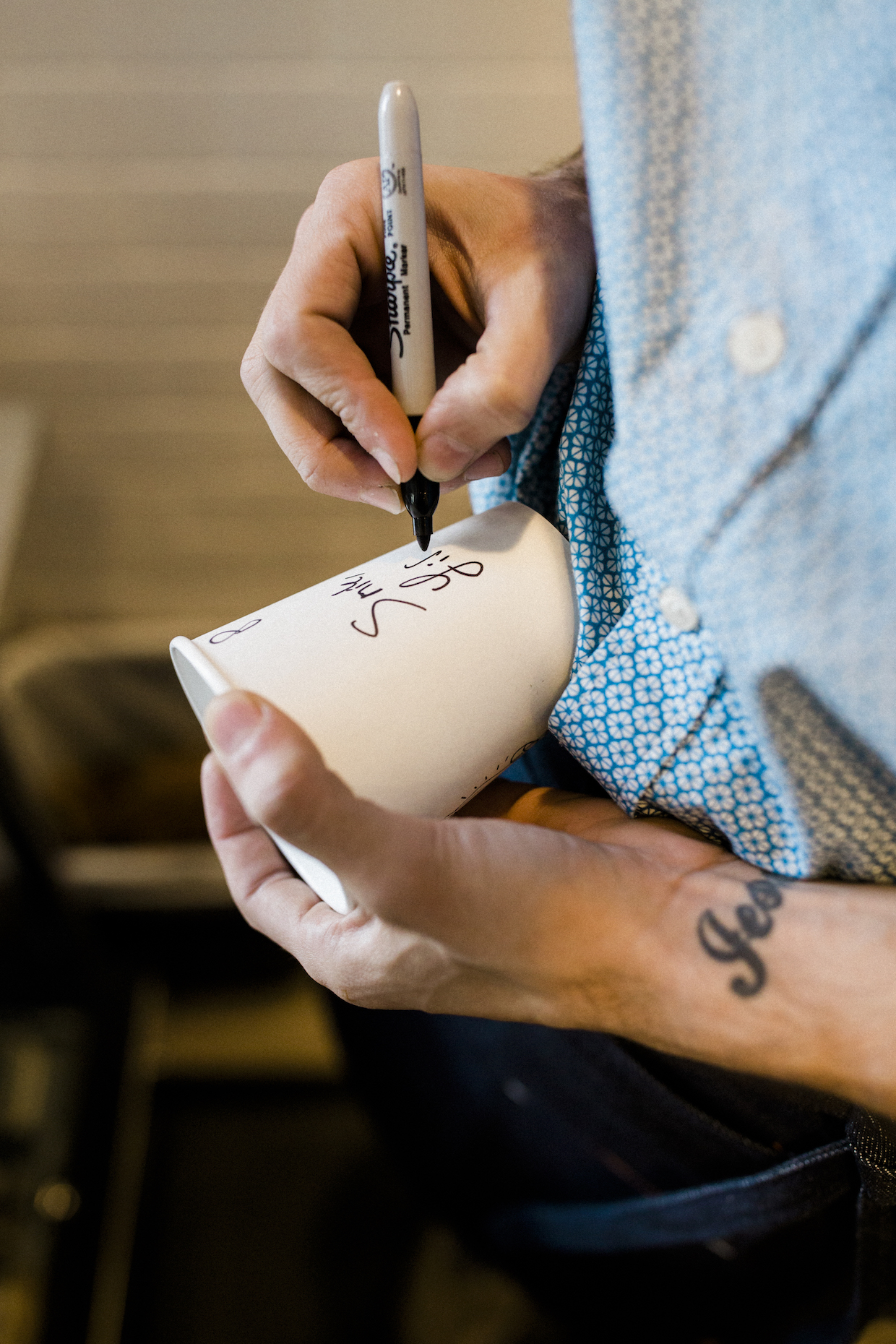 Each Slojoy cup comes with a handwritten message. Photo by Nicole Quiroz Photography.

Slojoy will continue serving a small number of wholesale roasted coffee accounts while maintaining a monthly retail subscription program that ships coffee to consumers around the Bay Area, though most of its attention for now will be paid to perfecting its physical presence.

“There is no real timeline for expansion at this point,” said Stites. “Our main focus is to make this location sustainable, and we will revisit expansion in two years.” 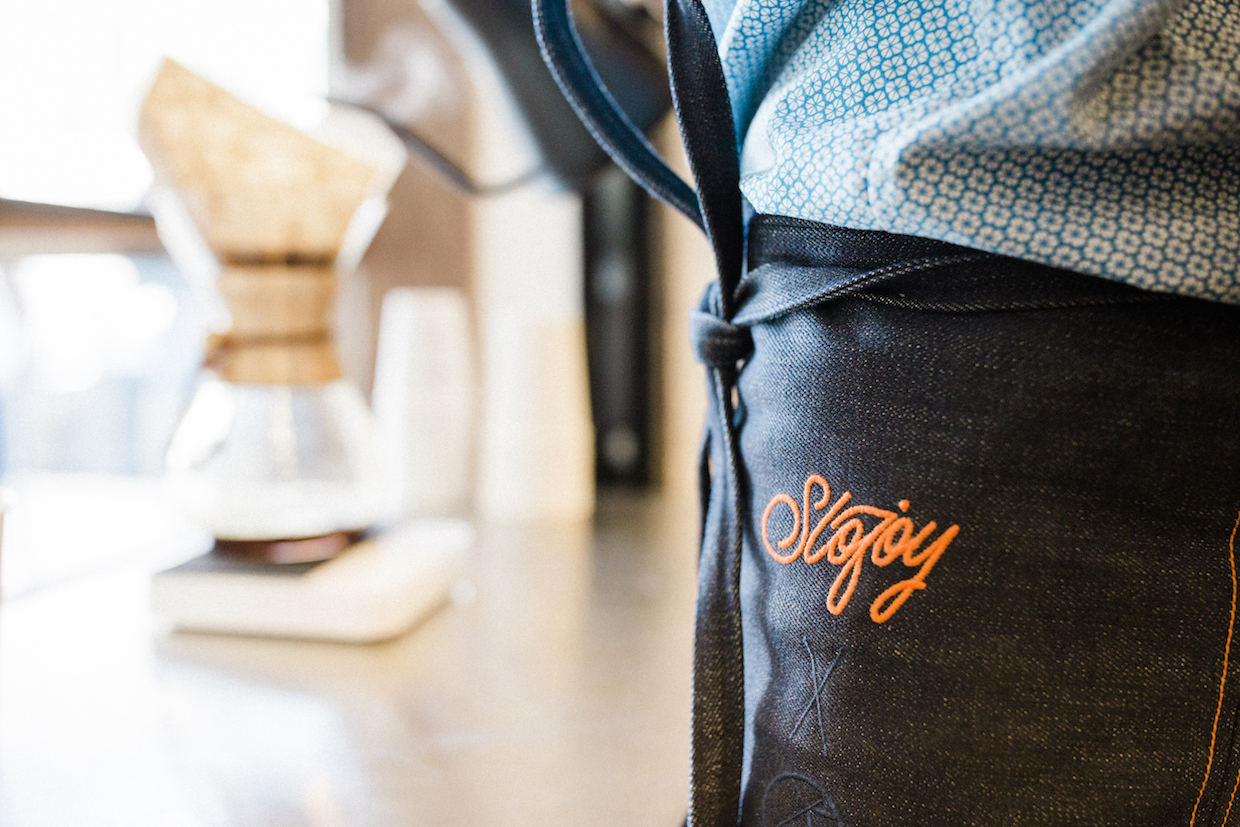