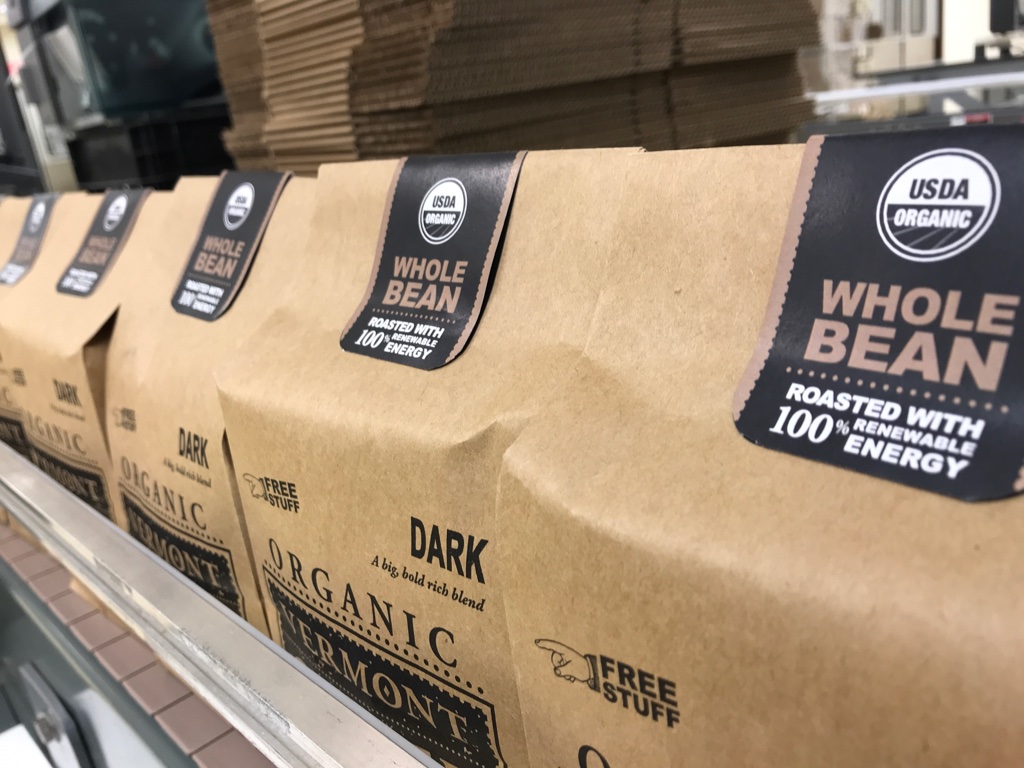 Vermont is giving new meaning to its nickname as the Green Mountain State, not through scenic peaks but through on-the-ground efforts to shift from fossil fuels to renewable energy.

The sustainability-minded folks at Middlebury-based Vermont Coffee Company are certainly doing their part, announcing that that they are now using 100 percent renewable energy to roast their coffees, with both thermal and electric energy sourced from captured methane.

“The electricity comes from biogas generated at Vermont dairy farms, and the thermal gas is coming from an engineered landfill just north of us in Quebec,” Paul Ralston, CEO of Vermont Coffee Company, told Daily Coffee News. 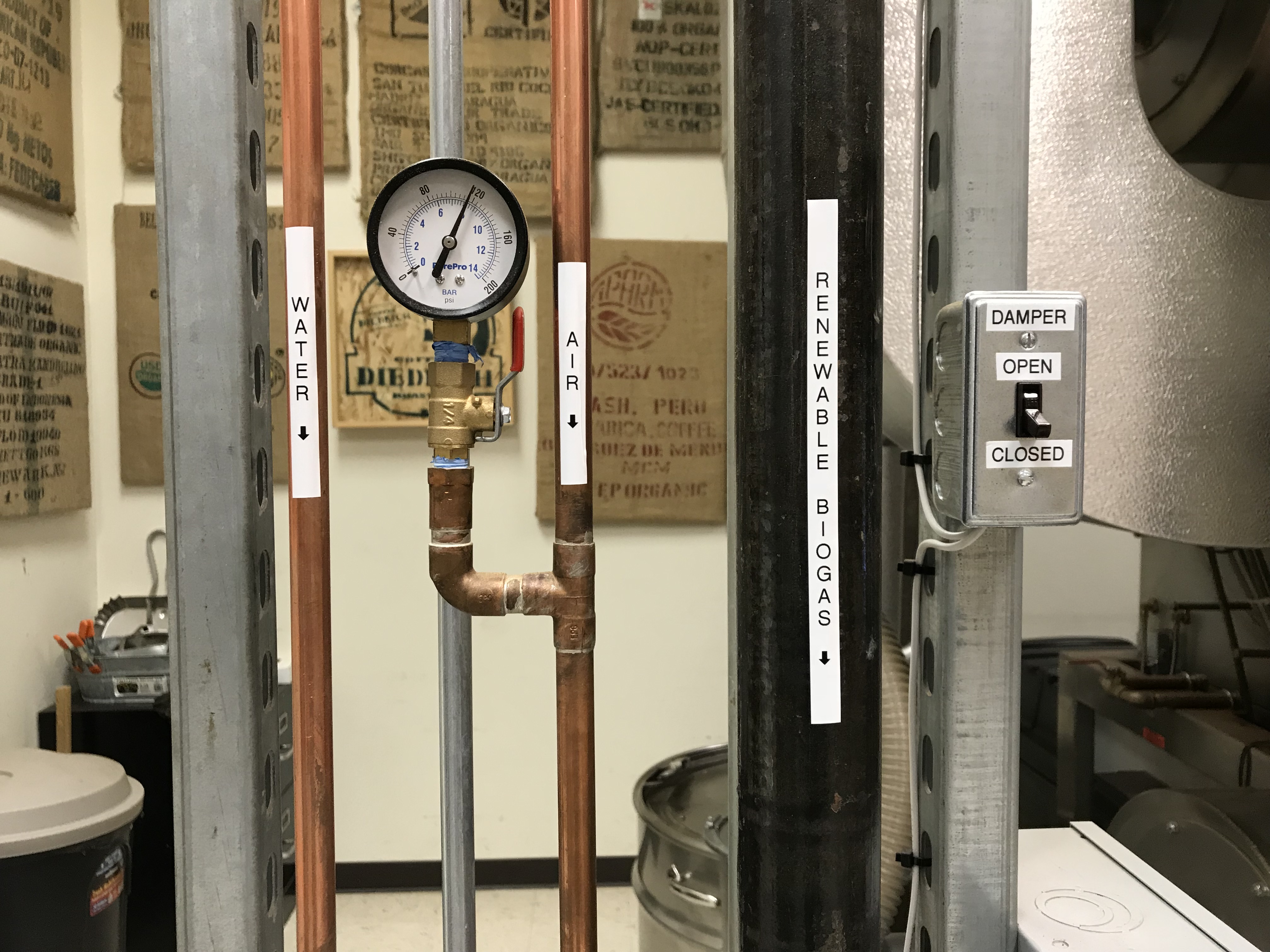 The 20-year-old coffee roasting company, which sources only organic-certified coffees, believes it is the first commercial roaster in the country to make such a switch involving biogas. The transition was made possible as the company’s gas provider, Vermont Gas, is the first in the U.S. to put renewable biogas into their pipeline system.

“We’re from Vermont, where renewables are really important, and consumers are very much aware of these efforts. There’s a lot of interest in innovation and moving towards a renewable energy future,” said Ralston. “Still, when you’re looking at paying twice as much for a fuel source, that’s a little unnerving.” 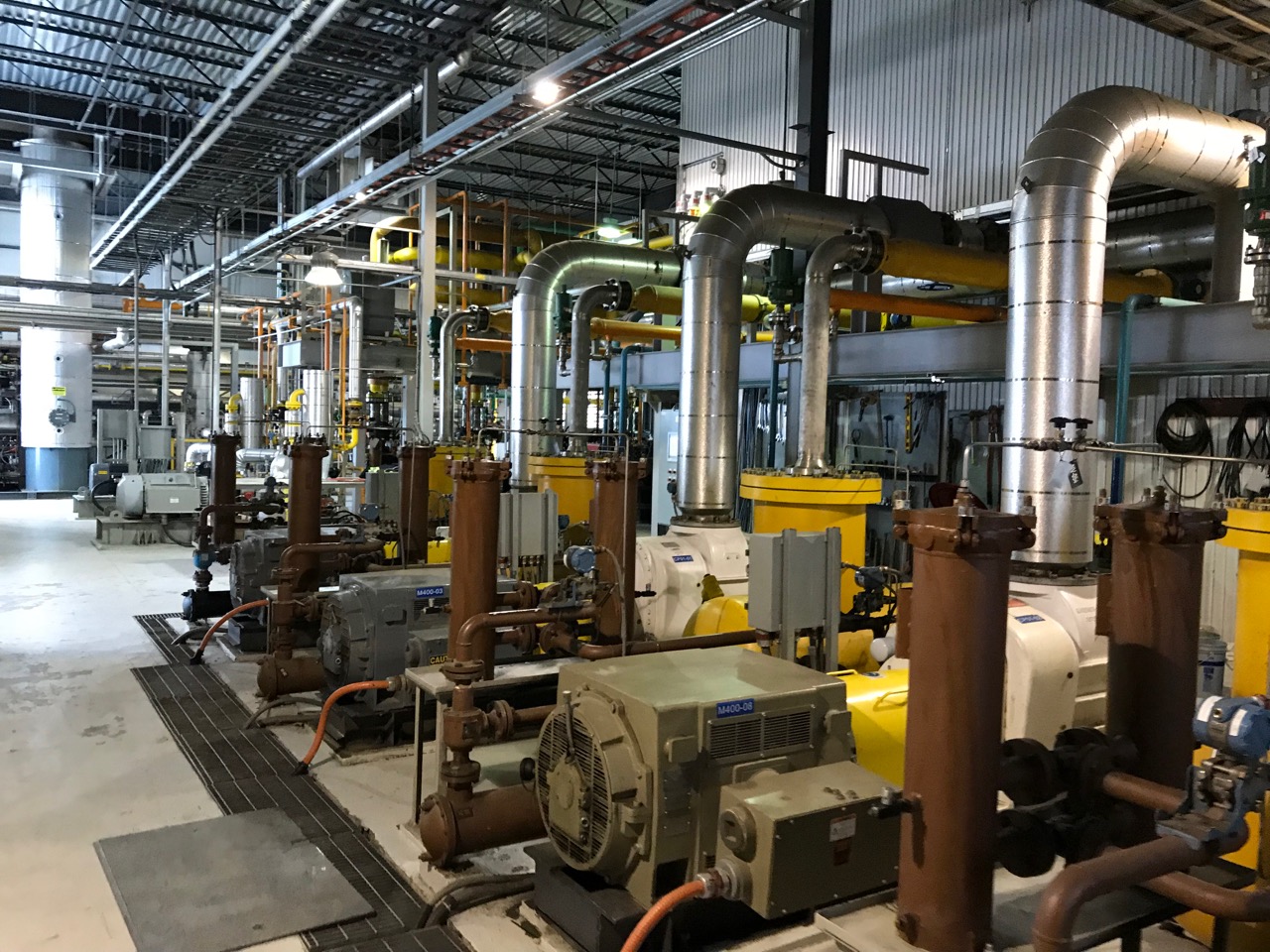 When the company bought their first Loring Kestrel, they were running on propane. As the company grew, they added another roaster, the 1-bag capacity Loring Peregrine, followed by yet another Peregrine. Ralston said by simply making the switch to the Loring machines, they were able to reduce the amount of gas used to roast one pound of coffee by over 70 percent.

“So, no matter what kind of fuel we use, we are already making a positive impact by using less of it,” Ralston said. “In order to make switching to renewable energy even remotely possible, we had to become much more fuel efficient. That’s what Loring allowed us to do, and only then could we start to consider the possibilities.” 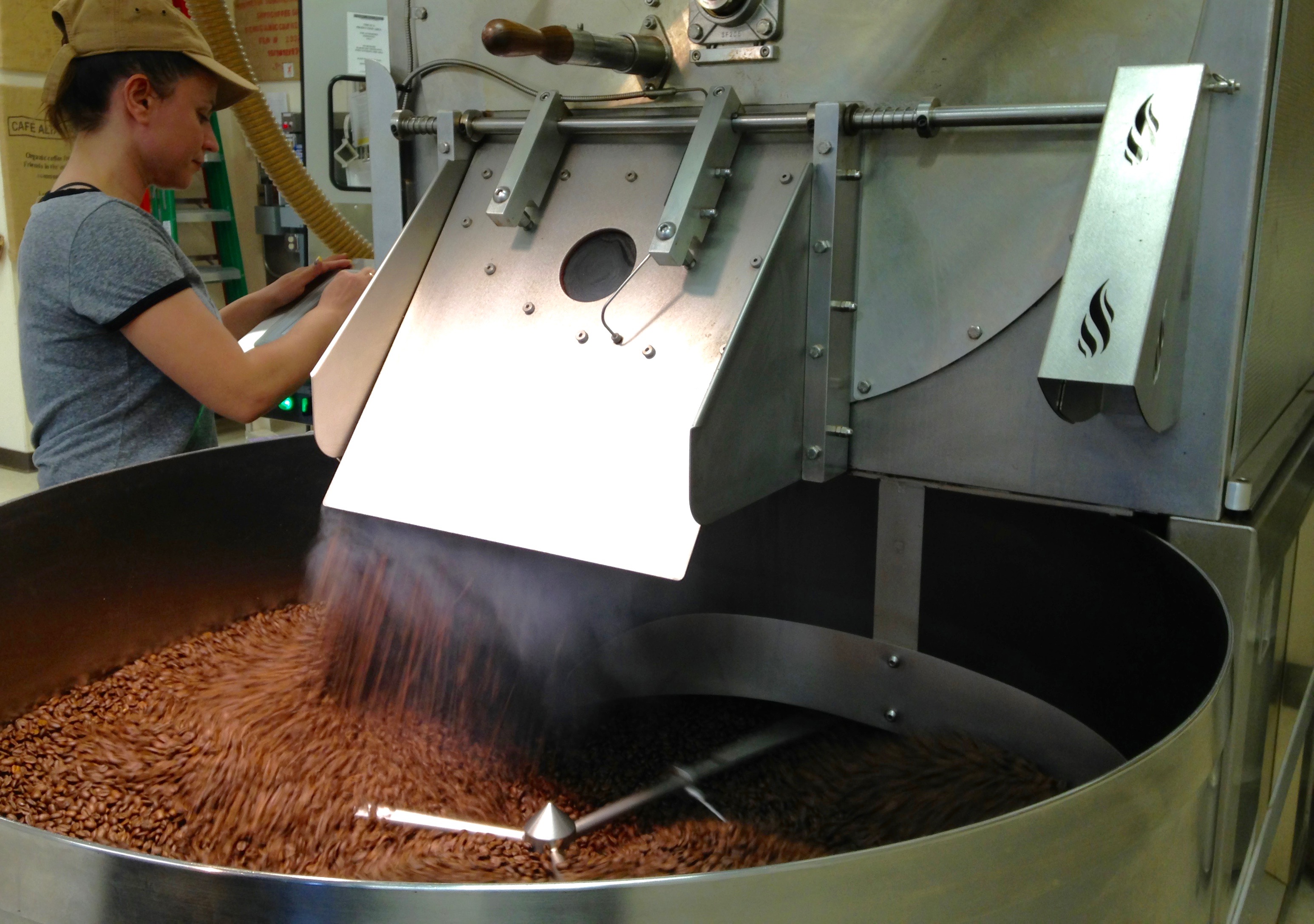 The efficiency of Loring machines has to do with the patented single burner design, which is used to heat the air that roasts the coffee — as well as incinerate smoke, thus eliminating the need for an afterburner.

“Also, because a lot of the heat from roasting comes through convection, we recirculate that air through the system,” Dennis Vogel, director of marketing and sales for Santa Rosa, California-based Loring Smart Roast, told DCN. “So, we are taking already warm air and heating it to the proper roasting temperature, as opposed to always starting with ambient cooler air.”

Ralston and his team has been working for years to find the best way to convert roasting operations to involve a renewable energy source. On the first attempt, the company had a coffee roaster built that had a separate burner for biodiesel. 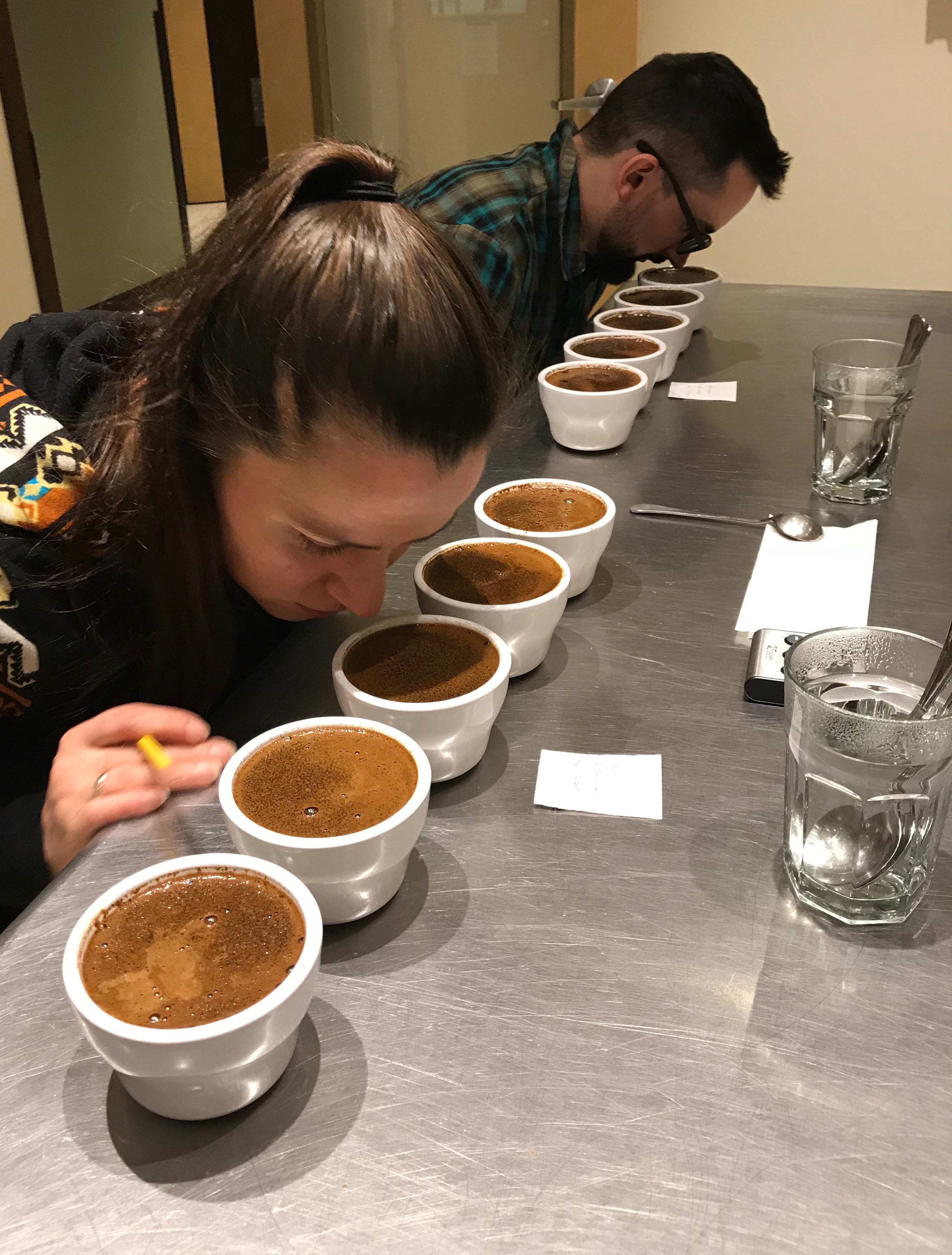 “It ended up being a total disaster,” said Ralston. “We spent (and lost) lots of money.”

In a sense, Vermont Coffee Company has already undertaken a lot of the trial and error on behalf of other traditional commercial roasting companies, and Ralston hopes their transition will inspire other roasters, and even other industries, to take on the dual challenge of creating greater efficiency then switching to renewable sources.

“We’re somewhat of an old industry… and even though we’re seeing innovations on a number of levels, we haven’t really had much innovation in the actual technology and machinery for roasting coffee,” Ralston said. “In terms of technological and environmental developments, it just seems to me — as a coffee roasting company — that this technology and fuel source is one of the biggest things to happen for our industry in recent history.”