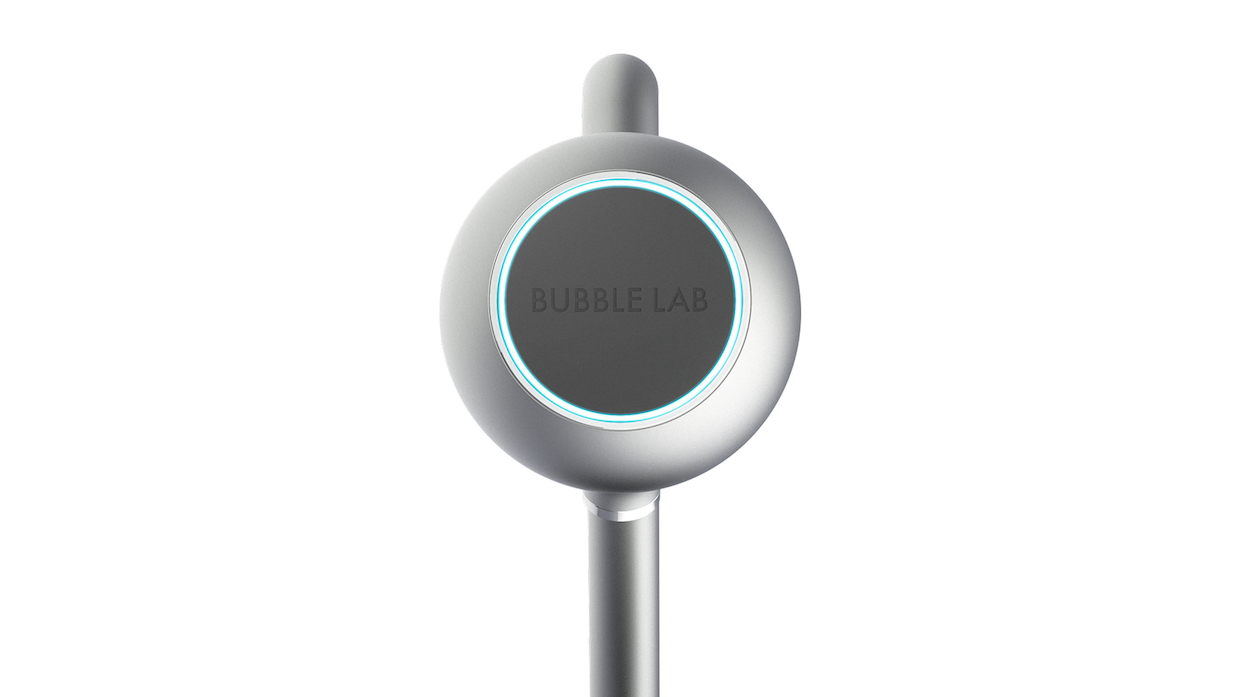 A rendering of the Bubble Lab Drop milk dispenser. All images courtesy of Bubble Lab.

The Drop is a counter-mounted automatic milk dispenser. The Drip is an automated, mostly under-counter robotic pourover arm that emerges on command to gracefully and dramatically position itself over the user’s choice of pourover brewer and deliver water in a user-designated pattern, temperature and flow profile. It then disappears back down into the surface of the counter. 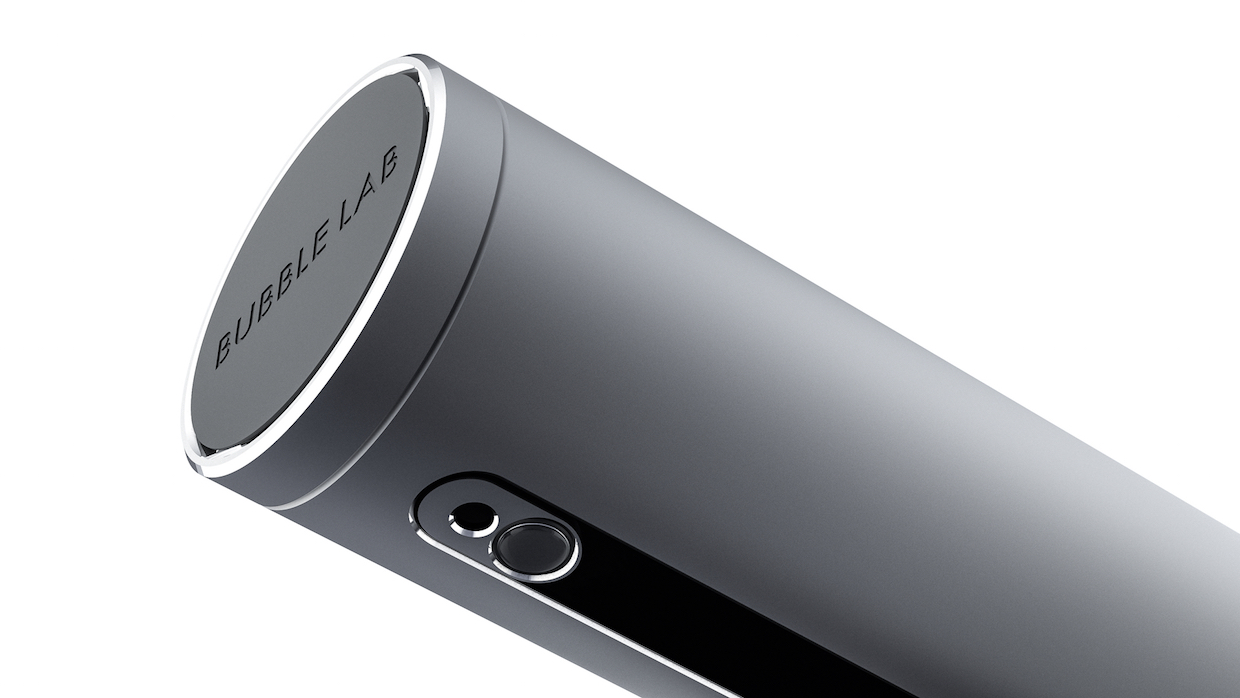 “This has a lot to do with our design philosophy,” Bubble Lab Brand Manager Micky Wang said of the receding pourover arm. “We believe in the power of minimalistic design, ‘less is more.’ So the question is, what is the minimum size of the Drip if we can hide it completely? The answer is zero.”

Wang said the company’s aim with the theatrics of the Drip is to accentuate coffee’s status as more than just a beverage, but a matter of culture, ritual and shared experience.

“In order to sustain this ritual experience, we created this sunrise and sunset ritual movements,” said Wang. “It is not just a pourover machine, but a piece of art creating coffee experience before you taste your coffee.” 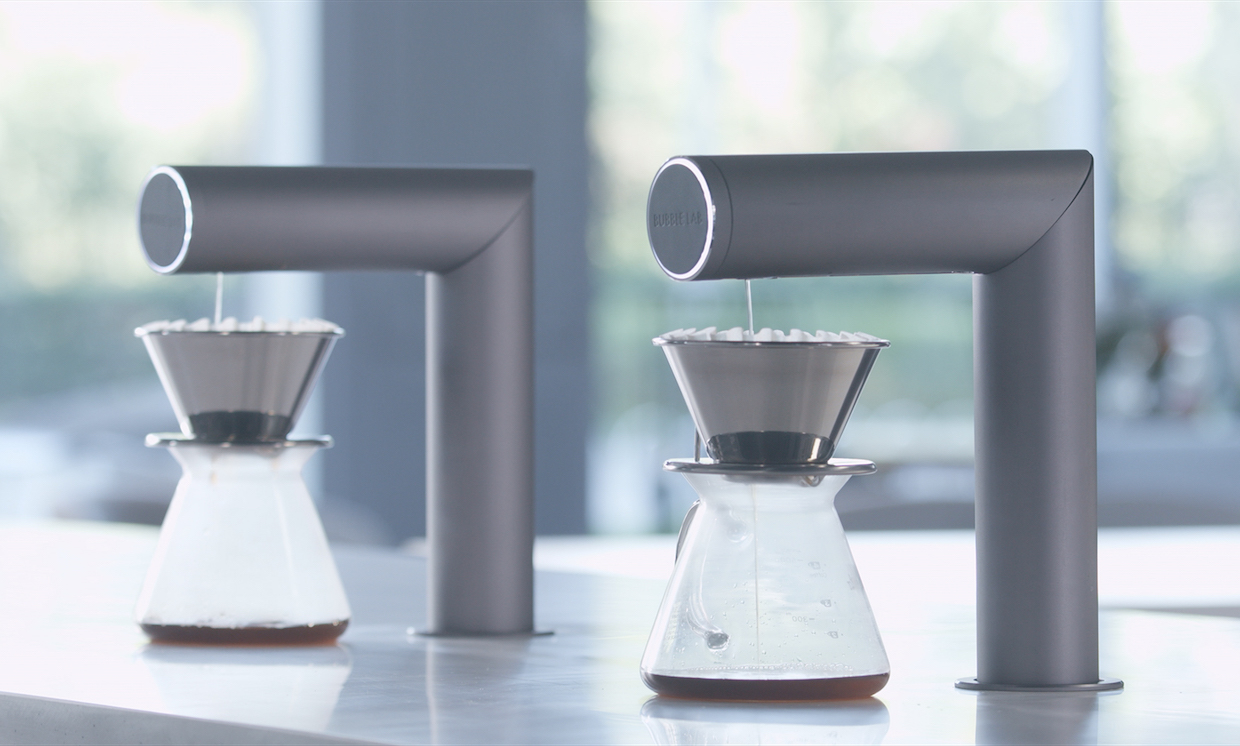 Bubble Lab turned heads last year on the showroom floors of various international industry events with its previous iteration of the Drip, which was at that point an elaborate barista-bot system of multiple robotic arms, visually and conceptually similar to the Cafe X style of robot barista, but interacting with traditional, “manual” coffee equipment, rather than superautomatic systems, to make espresso and drip coffee drinks. Its prototype on display at the 2017 CES in Las Vegas could even pour a heart design in latte art.

The forthcoming Drip is a reimagined single-arm system intended for pourover brewing, although the company said it is also technically capable of delivering water for a slow-drip cold brew application. Connected to an undercounter hot water system, the Drip arm emerges from the countertop and folds into a right angle, using sensors to “map” the location and dimensions of the Kalita, Hario, Chemex or other brewer placed by the user. 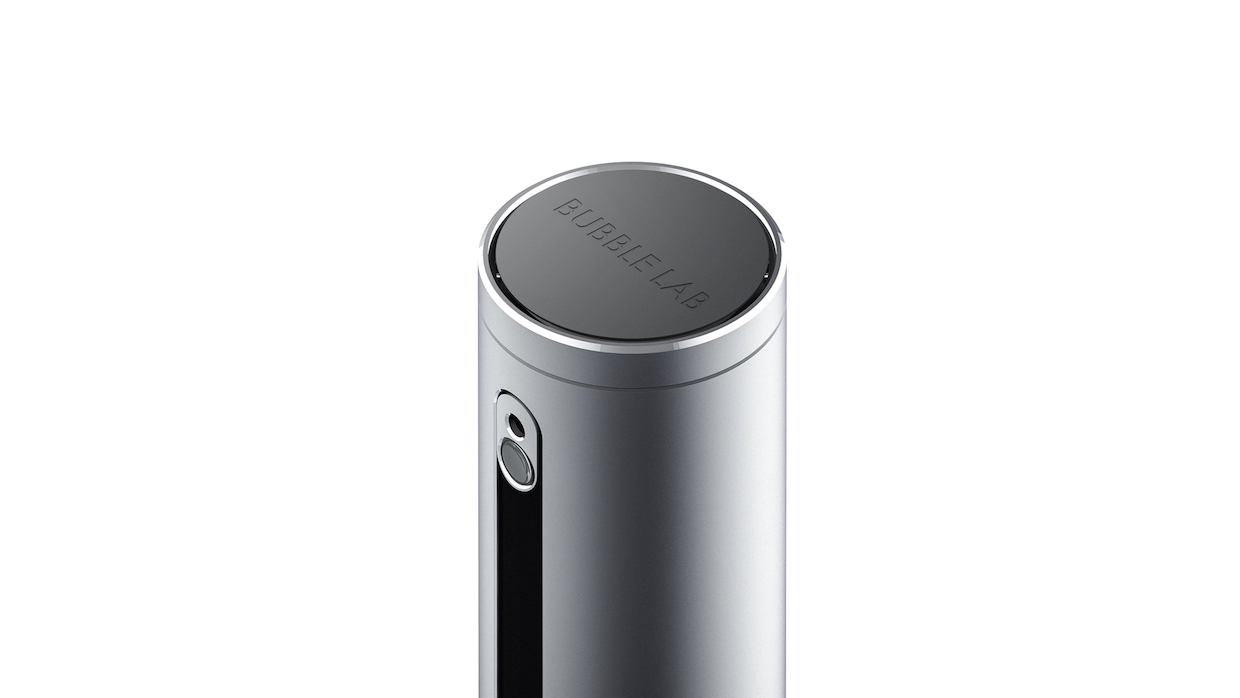 The matte-finish, lightweight aluminum arm moves side to side holding a spout that moves back and forth to execute user-designated brewing parameters, as inputted through an app that also offers web-based social recipe-sharing features. Users can also settle on default recipes and profiles that are preset by the manufacturer or by coffee shop management.

A coaster-like platform beneath the aviation-grade, anodized aluminum dispenser automatically recognizes RFID tags stuck to the user’s choice of pitcher to dispense user-designated volumes of milk upon positioning the pitcher. A large button on the dispenser head also lets users draw random amounts on demand. 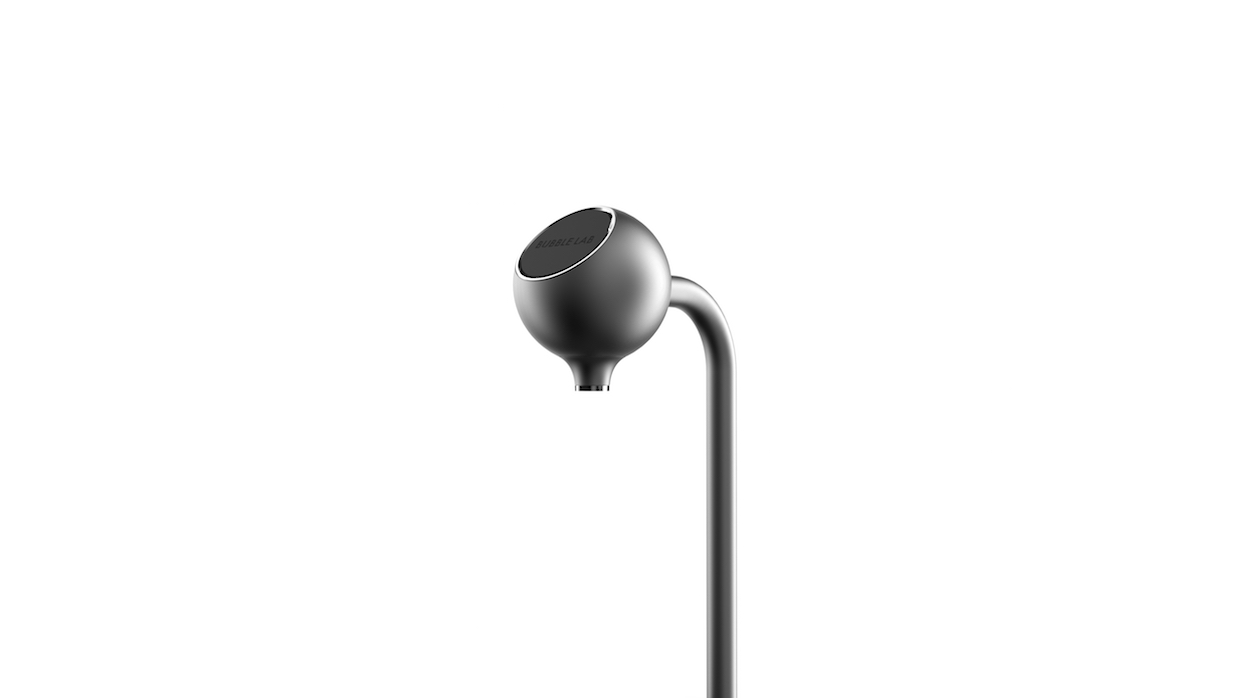 Cleaning the Drop will be a daily activity, Wang said, and it is accomplished by holding the button for five seconds to activate a flushing mode that runs the pump at its maximum speed for several minutes. Currently, each Drop head dispenses only one type of milk at a time, although the company is reportedly working on developing single-head multi-milk capabilities including an automatic flushing mechanism to clear the system when switching between milks.

Bubble Lab’s Drip and Drop equipment is being manufactured in China by the same manufacturing partners that handle products by Sony and Samsung, according to the company. Wang said Bubble Lab has distribution partnerships lined up for the products’ release in the United States, and will announce pricing information later this year.

“It was initially designed for releasing baristas from heavy workflow, but during the design process, we found out that our products actually work well in many situations,” said Wang. “For example, the high-tech and beautiful design meets the style for luxury hotels and retailing stores.”

Wang said a Bubble Lab product line aimed specifically for home consumers is also in development, and will be announced later this year as well.