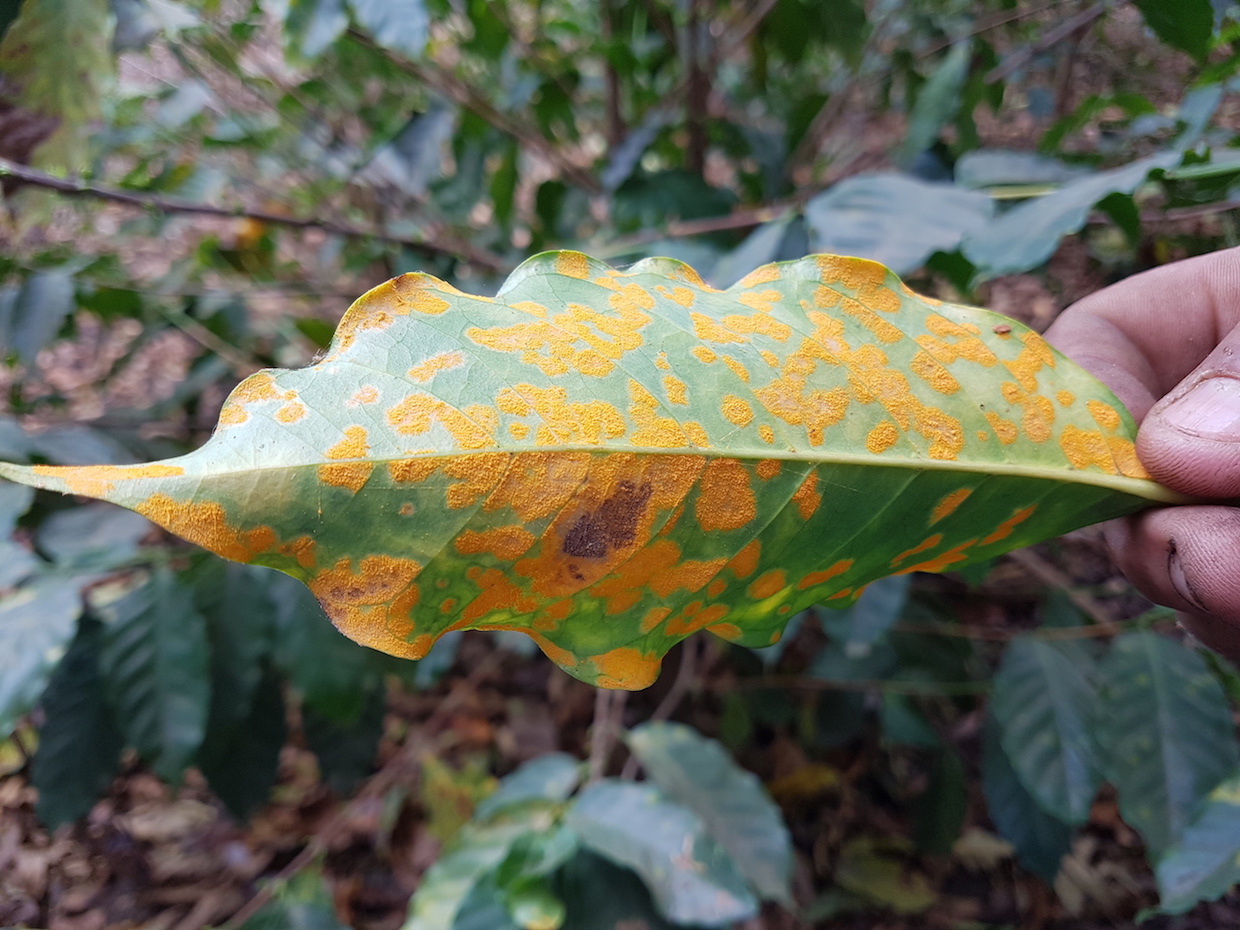 Coffee leaf rust swept over Latin America in 2012, and the economic reverberations continue to be felt today. Photo courtesy of World Coffee Research.

The coffee industry has traditionally and conveniently placed coffee varieties and cultivars into one of two simple categories when considering plants’ natural resistance to leaf rust disease: 1) resistant, or 2) susceptible. The line between the two blurred in a publicly revelatory way when the Arabica variety lempira, which was widely planted throughout Honduras, was discovered last year to have lost its resistance to leaf rust.

Now comes an even more frightening revelation: The scientific director of the world’s leading coffee research organization, World Coffee Research, says that rust resistance is expected to break down in “most” of the varieties previously considered rust-resistant in as soon as five to 10 years in “many countries.” 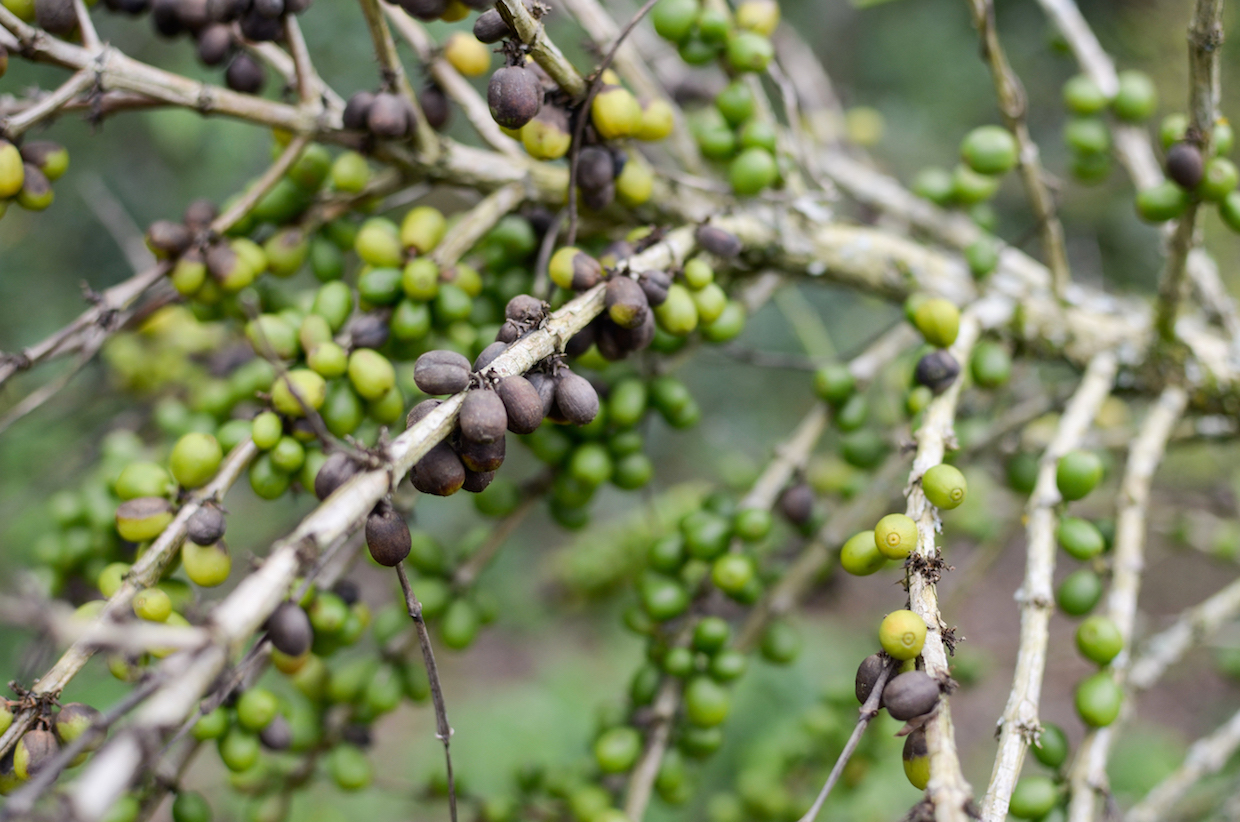 WCR Scientific Director Christophe Montagnon delivered the prediction at this past week’s 27th biennial conference of the Association for Science and Information on Coffee (ASIC), which took place in Portland, Oregon.

Coffee producers have been battling leaf rust throughout different parts of the globe for decades, yet it was a 2012 epidemic that spread throughout Latin America that spurred widespread action on the part of researchers and other actors throughout the sector. On the whole, farms affected by rust lost 50-80 percent of their production volumes, WCR estimates, creating stark economic conditions that in many cases has led to extreme poverty, farm abandonment, millions of job losses and human migration.

Coffee farmers who chose to reinvest in coffee replanted with the hopes that within three to five years, their new rust-resistant crops would be producing at previously recorded volumes or higher. As many of those farmers are now seeing returns on that replanting, it seems the forecast of rust-resistance was misguided. 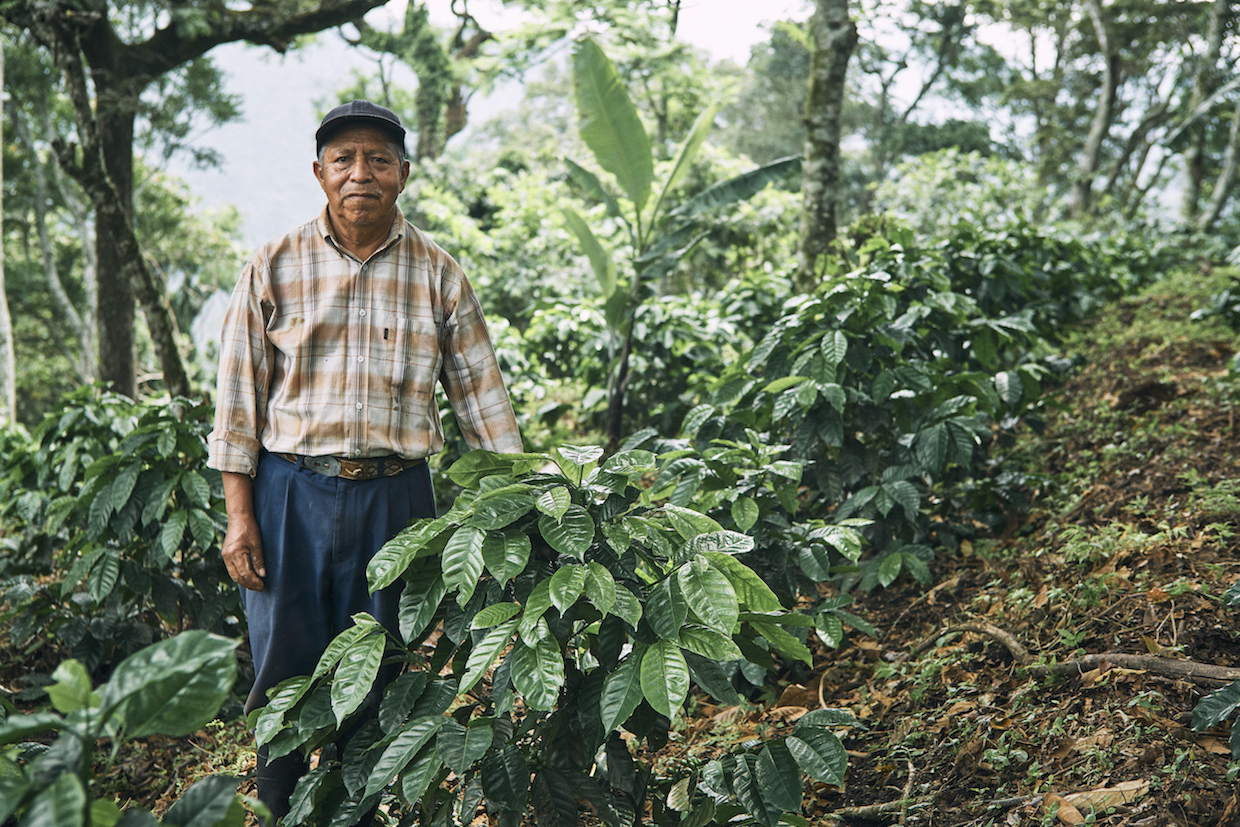 A farmer next to a healthy F1 hybrid. Photo by Devon Barker, courtesy of World Coffee Research.

According to WCR, the Timor Hybrid has provided the genetic base for plants promoted as rust-resistant for the past 30 years, yet the group now says the “scientific community” agrees that the Timor Hybrid’s resistance is quickly breaking down through a process called “introgression.” Said WCR, “[Montagnon] explained that the introgressed varieties known as Catimors and Sarchimors that resisted rust for 30 years are no longer resisting.”

Within this conversation, World Coffee Research does have its own research agenda, primarily involving the nonprofit group’s role in the development and field-testing of F1 hybrids. In testing and in the field thus far, F1s have been proven to demonstrate excellent quality and yields, while also promising increased rust-resistance and resilience to climate-related stress.

In addition to genetic and technological developments, the organization is urging producers to take a kind of holistic approach to plant health.

“A crucial part of rust-control strategies going forward, according to World Coffee Research and others in the scientific community, is the promotion of plant health in coffee production, which has been overlooked in the past,” WCR said in the announcement, adding, “Factors contributing to plant health include good maintenance, soil conservation, adequate plant nutrition, and adequate shading. A recent study from World Coffee Research and CIRAD recently showed that good fertilization can be as effective as spraying fungicide in protecting a genetically susceptible coffee to rust. Furthermore, it is acknowledged that one of the main reasons for the 2012 rust crisis in Central America was farmers’ reduced maintenance of their trees, itself due to low prices of coffee.”

“Within this conversation, World Coffee Research does have its own research agenda, primarily involving the nonprofit group’s role in the development and field-testing of F1 hybrids. In testing and in the field thus far, F1s have been proven to demonstrate excellent quality and yields, while also promising increased rust-resistance and resilience to climate-related stress.”

This is excellent journalism (or critical thinking?), far beyond what I would expect from industry publications. You acknowledge the position of WCR while also acknowledging the promise of F1s.