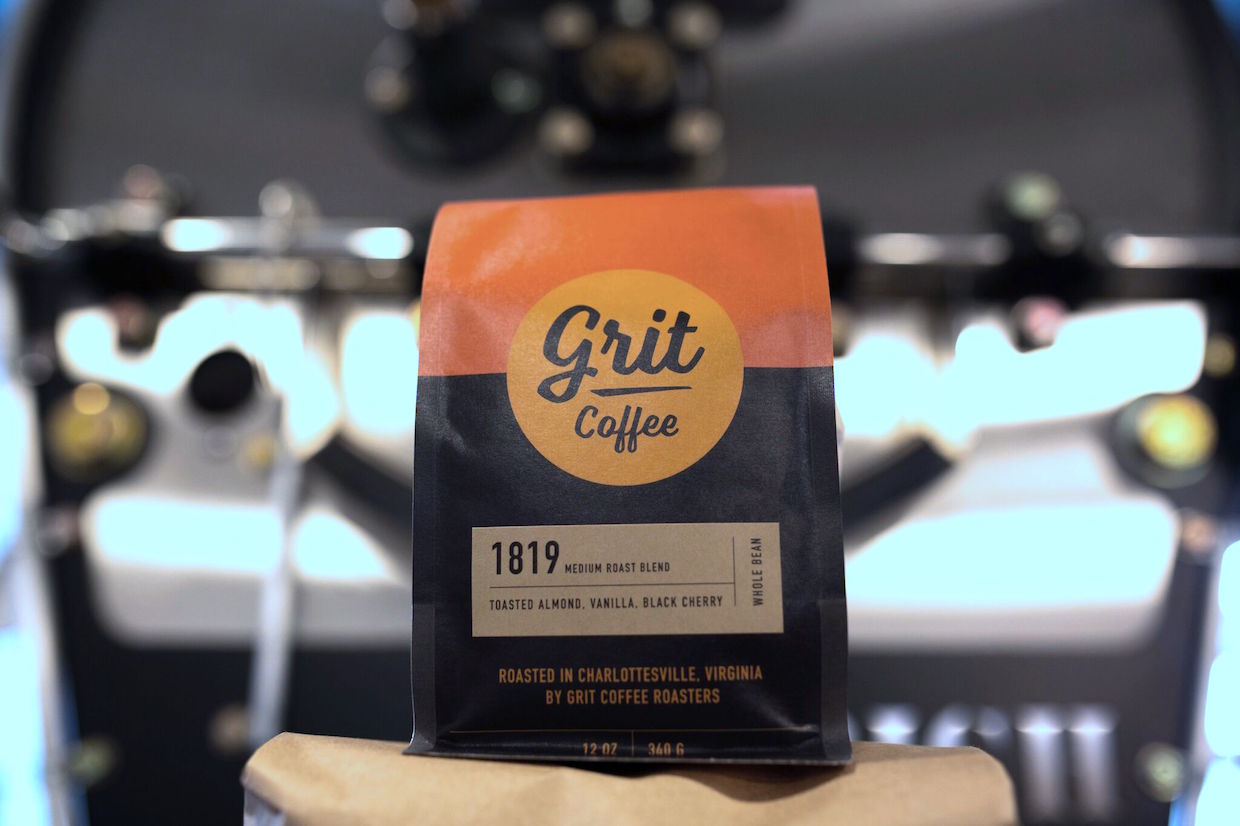 A bag of Grit Coffee’s 1819 blend, one of four core blends initially offered through the roasting program. All photos courtesy of Grit Coffee.

Grit, guile, intestinal fortitude, stick-to-itiveness — whatever you want to call it, there’s a whole lot of it required to take the risks involved with growing a small business.

Since its founding as a single shop under the name Para Coffee by Eric Kelly near the University of Virginia campus in the heart of Charlottesville in 2008, through its 2014 rebranding to become Grit Coffee in 2014 to now, Grit has stuck with the program, expanded its retail footprint and helped usher in a new wave of quality-coffee drinkers.

Now with four Grit Coffee shops under their watch, current co-owners Brandon Wooten and Brad Uhl — friends of Kelley’s who took over the business five years ago — have taken the risk of launching a roastery of their own. 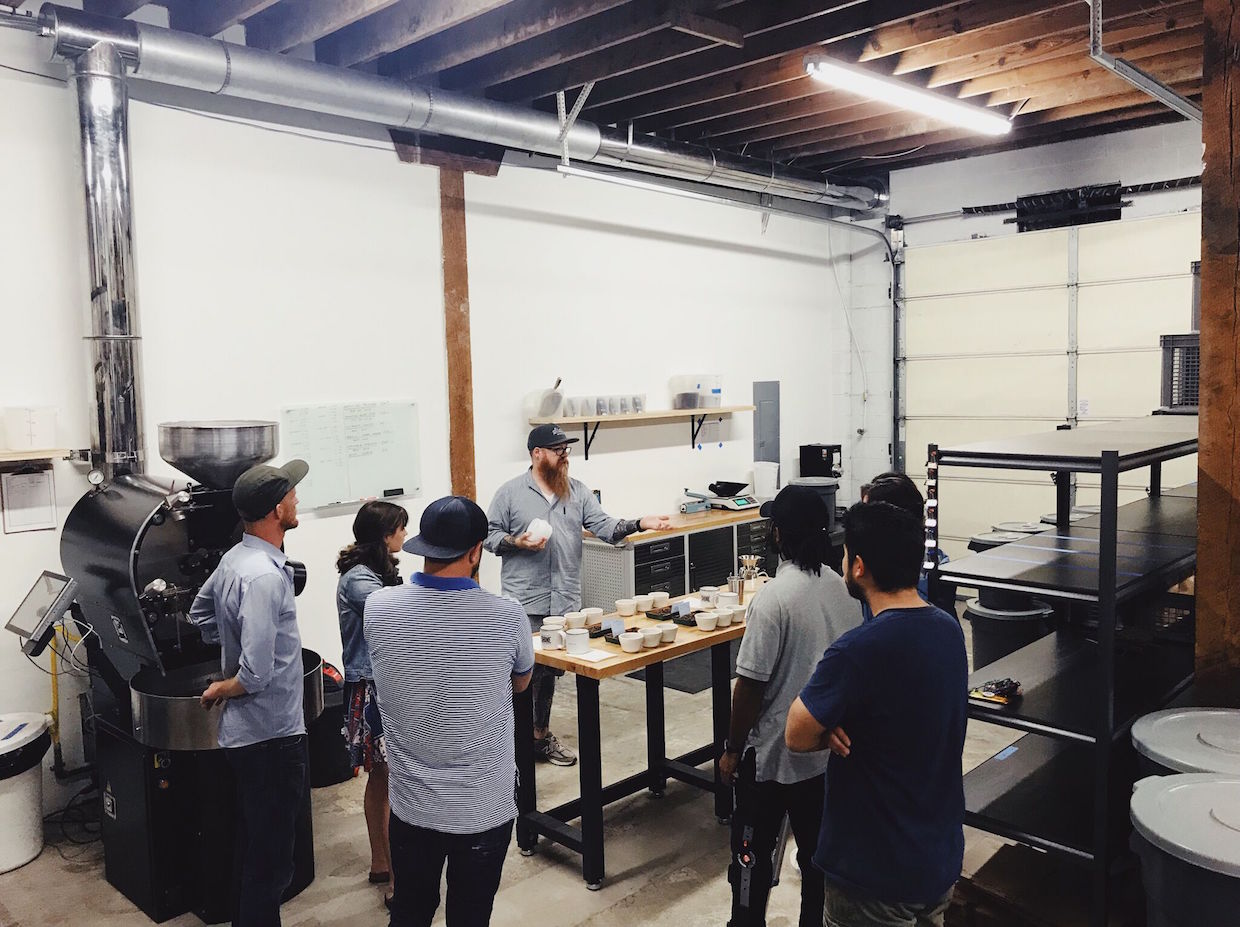 The Grit Coffee roastery with a Diedrich IR-12 in Charlottesville.

Following about a year of development, training and facility outfitting, Grit began production roasting in a 1,600-square-foot former welder’s workshop with an Diedrich IR-12 machine in February of this year. Since initially working house-roasted coffees into Grit’s four cafes,  the company this summer began promoting itself as a full-scale roasting company with wholesale ambitions.

The roasting operation is being run by Wooten and Grit Director of Coffee Travis Mason, a former employee of both Stumptown Coffee Roasters and Portland Roasting Coffee.

“We are just now ramping up the wholesale side of the business,” Wooten recently told DCN. “As you can imagine, it was quite an undertaking roasting for our four shops out of the gate. We basically went from from roasting zero pounds to 400 pounds in that first week.” 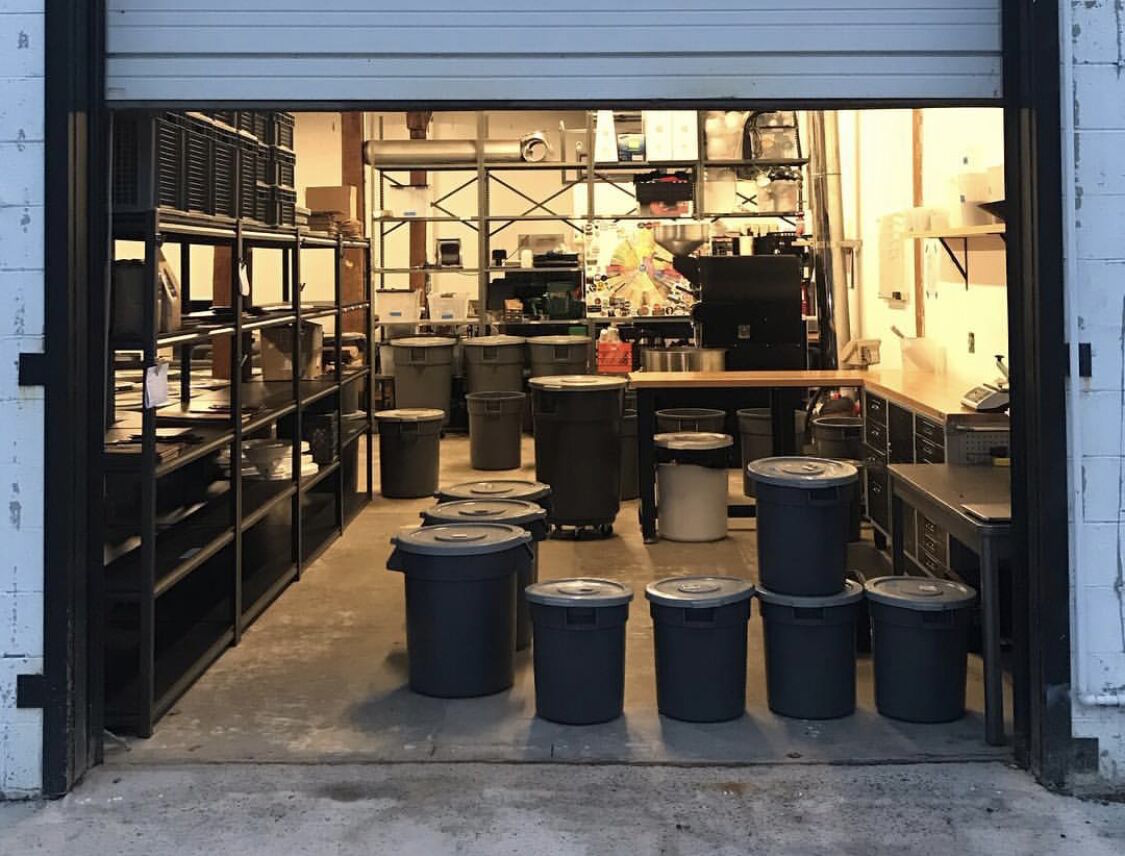 “Our long-term goal is to be able to establish relationships with specific farms, but in the short-term [we] have relied on our importers to connect us with producers who are doing their best to build up their communities,” Wooten said. “At a minimum, we make sure we’re paying a fair price for the coffees we source and evaluate coffees not only on flavor but on what good is being done… A passion for us is sharing with our customers how much work actually goes into producing great coffee and shine a light on the relatively unstable contexts where coffee is grown.”

Grit’s roster of roasts launched with four core blends, including two medium roast blends, a darker roast blend and one blend of Swiss Water Decaf coffees. Wooten said the team plans to keep tweaking each of the blends as they evaluate incoming coffees, while the roastery is also cranking a number of single-origin offerings that are traceable to at least the cooperative or mill level, currently including origins such as Rwanda (Misozi Kopakaki), Nicaragua (Segovia PRODECOOP), Myanmar (A Lel Chaung), Mexico (Chiapas Comon Yaj Noptic Cooperative), Honduras (Reserva Pacavita), Ethiopia (Layo Taraga) and Brazil (Sitio Barra Grande). 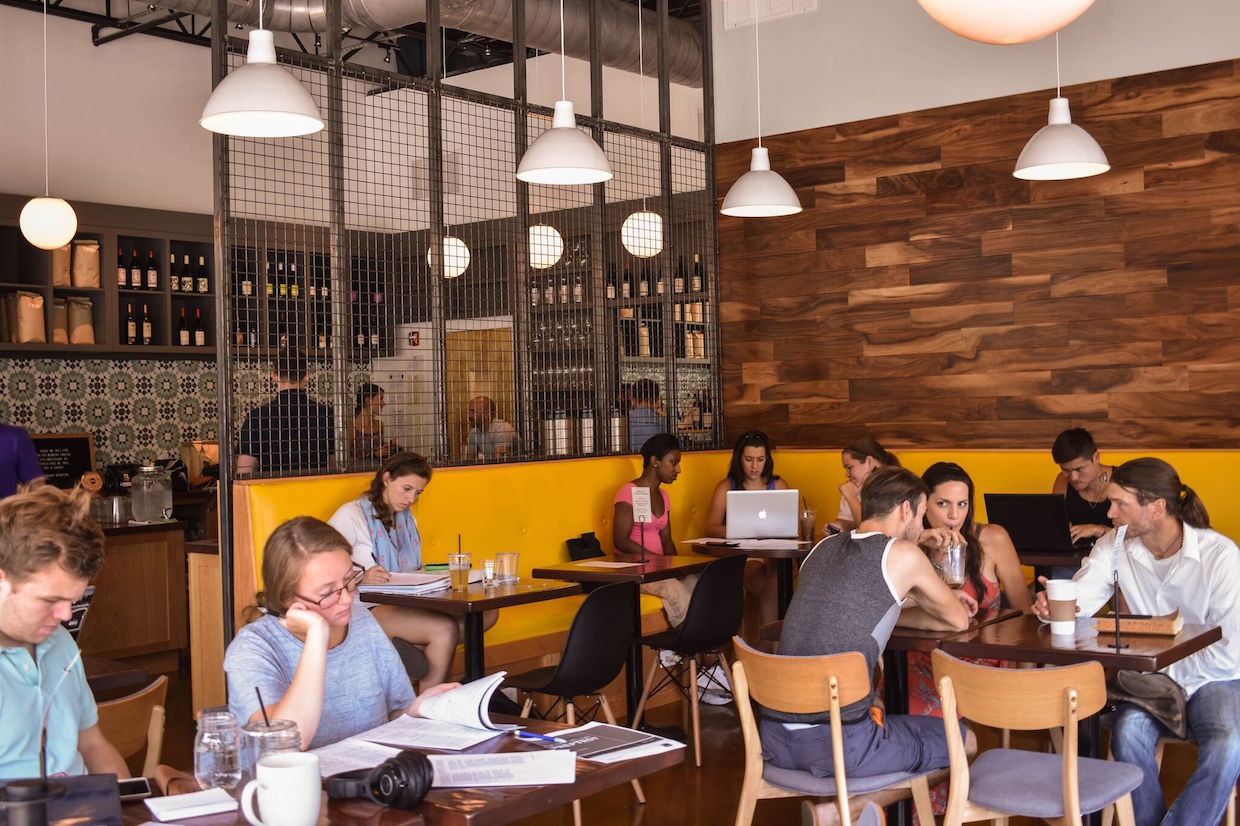 Wooten, an SCA-certified roaster, said the company is in part relying on Mason’s culinary training and experience as a chef to help inform the roasting program. “We approach roasting from a culinary perspective,” he said. “Our job is to bring out the best of the ingredient.”

With that goal, the profiles of Grit’s coffees in each of its cafes has begun to change ever so slightly.

“We have a fairly wide demographic of customers based on the locations of our four shops,” said Wooten, adding that Charlottesville is gifted with a high number of established and up-and-comer roasteries for a city its size. “When we started the conversation about roasting, we intentionally set out to create a roasting program that was approachable to a wide range of people without watering down our pursuit of quality and creativity.” 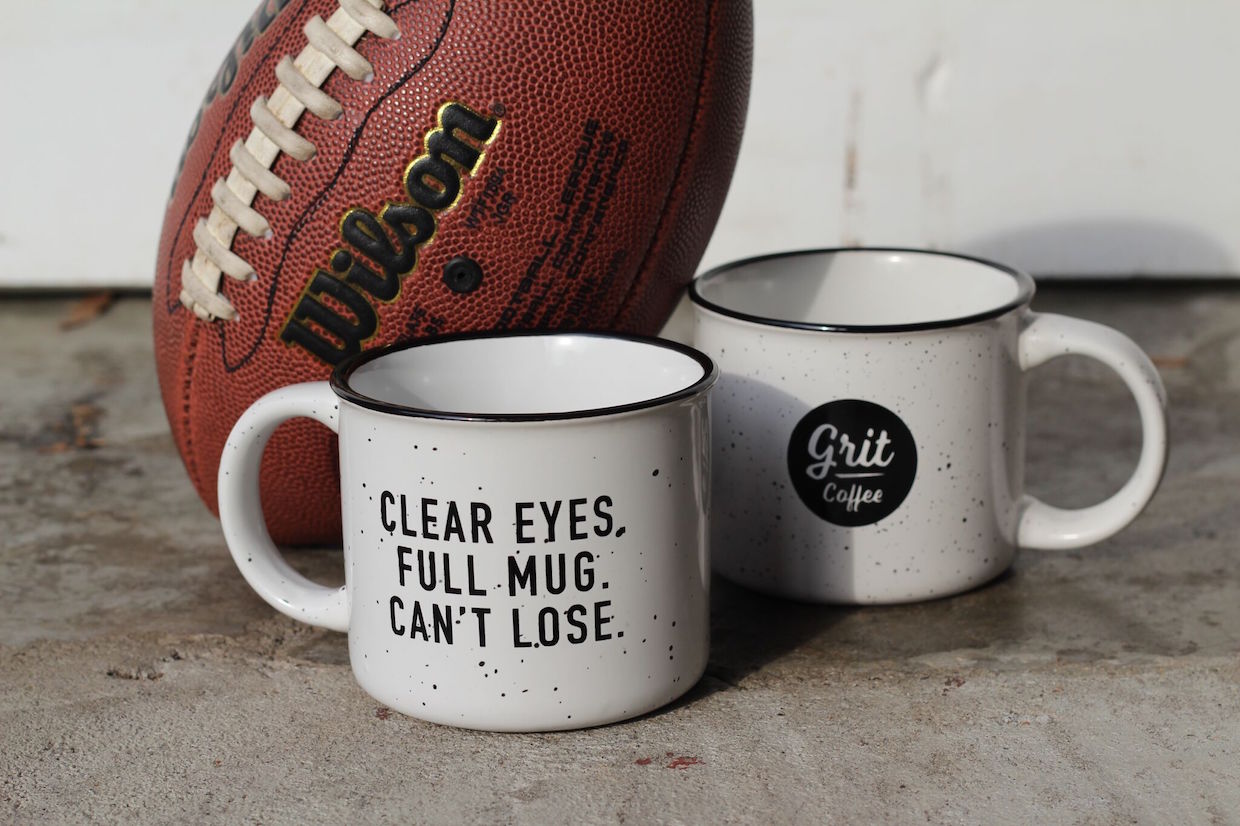