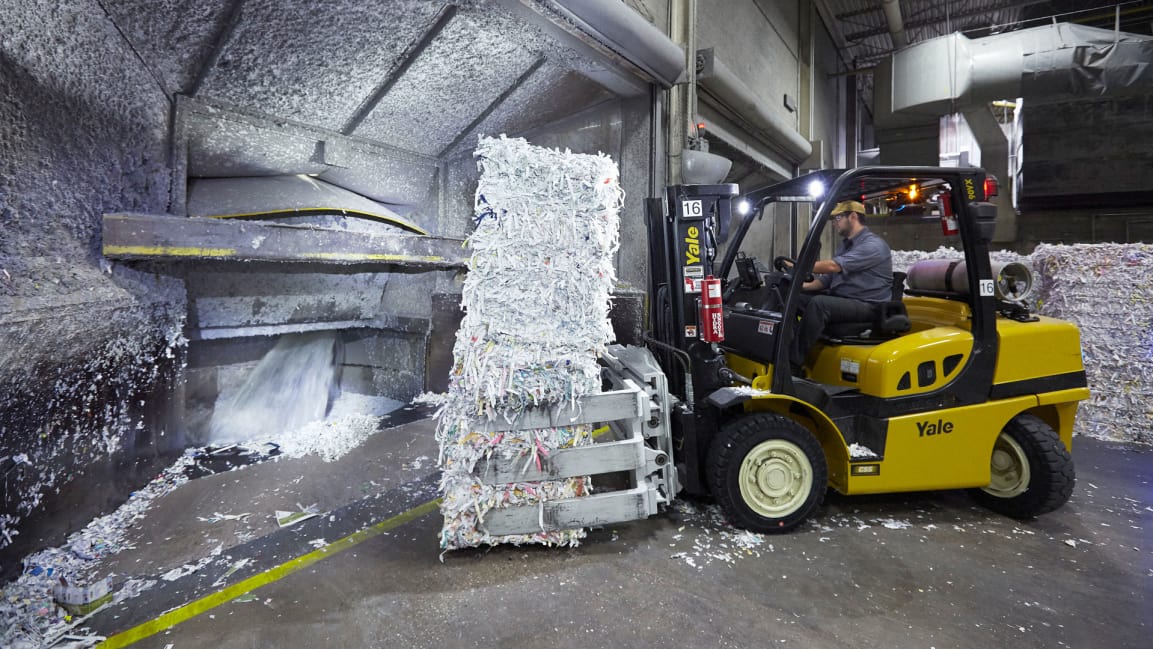 Denver has joined the small but growing list of U.S. cities that accommodate recycling of paper coffee cups, further dispelling the popular notion that coffee cups are entirely non-recyclable due to their thin plastic lining.

Denver joins New York City, Seattle, Washington D.C., San Francisco, Chattanooga and Louisville among the short list of cities that are accommodating coffee cup recycling in standard bins. The city made the announcement to its residents on Nov. 30 following a proof of concept program involving numerous parties, including Starbucks and the Wisconsin-based paper mill Sustana.

According to the Foodservice Packaging Institute, the largest member association for the foodservice packaging industry in the United States, there are now approximately 16 paper mills in the U.S. and Canada that have the ability to accept and process paper coffee cups.

In Denver, the coffee cup recycling program is part of FPI’s Community Partner Program, which involves the city’s local recycling partner, Alpine Waste & Recycling, which will collect discarded cups in the city’s main consumer recycling containers for distribution to Sustana. 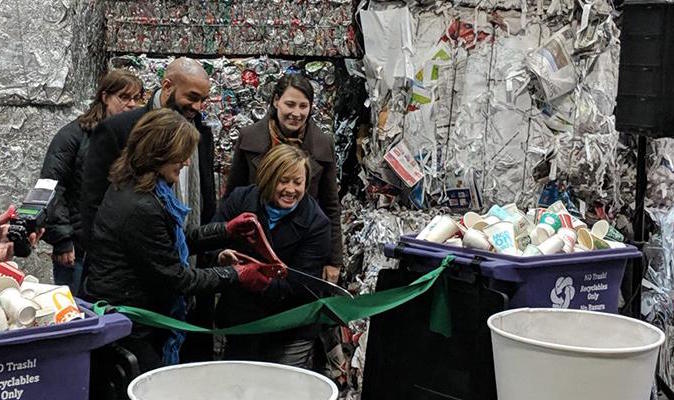 The project follows a much-publicized pilot program through which Starbucks diverted 25 million cups from landfills to send to Sustana, which were then mixed with water and ground to pulp, allowing fibers to be separated from any plastics. In the pilot project case, the resulting sheets of fiber were then sent to the global packaging solutions provider WestRock to be transformed into more Starbucks paper cups.

The recycling is made increasingly possible by investments in equipment from companies such as Sustana, Recology (San Francisco) or the 14 other paper mills accepting coffee cups.

“There is valuable fiber in this material that can be used for other products,” Jay Hunsberger, vice president of sales and marketing at Sustana, said in a press release from FPI this week. “This opportunity allows us to expand feedstock for paper cups.”

While cups represent just a fraction of the waste produced in the coffee retail segment, they are often considered to be an important psychological emblem of consumer waste. Starbucks alone estimates that goes through about six billion paper cups annually through 28,000 retail locations, and the company has pledged $10 million to a consortium created to devise recyclable cup solutions.

I don’t think we recycle coffee cups in NYC. Our public recycling bins specifically state “No Coffee Cups Please”. Nor should we start as those 6 billion coffee cups only represent .1% of yearly landfill waste. How much money and resources are we going to spend to try and solve .1% of our waste problem? Do they need to use hot water to separate the plastic from the pulp? Because that combined with the shipping of the pulp seems like a tremendous amount of energy and pollution.

Hi
I can recycle coffee cups 100%
We can take the plastic out of the cup in one large piece leaving the paper plastic free.This process has a world wide patent and there has been a plant designed to recycle 300 million cups per year.Why hasn’t anyone been in touch with me on this subject as you would think with all the talk about recycling coffee cups someone would call me?
Dennis Collins PVC Separation 0429966144