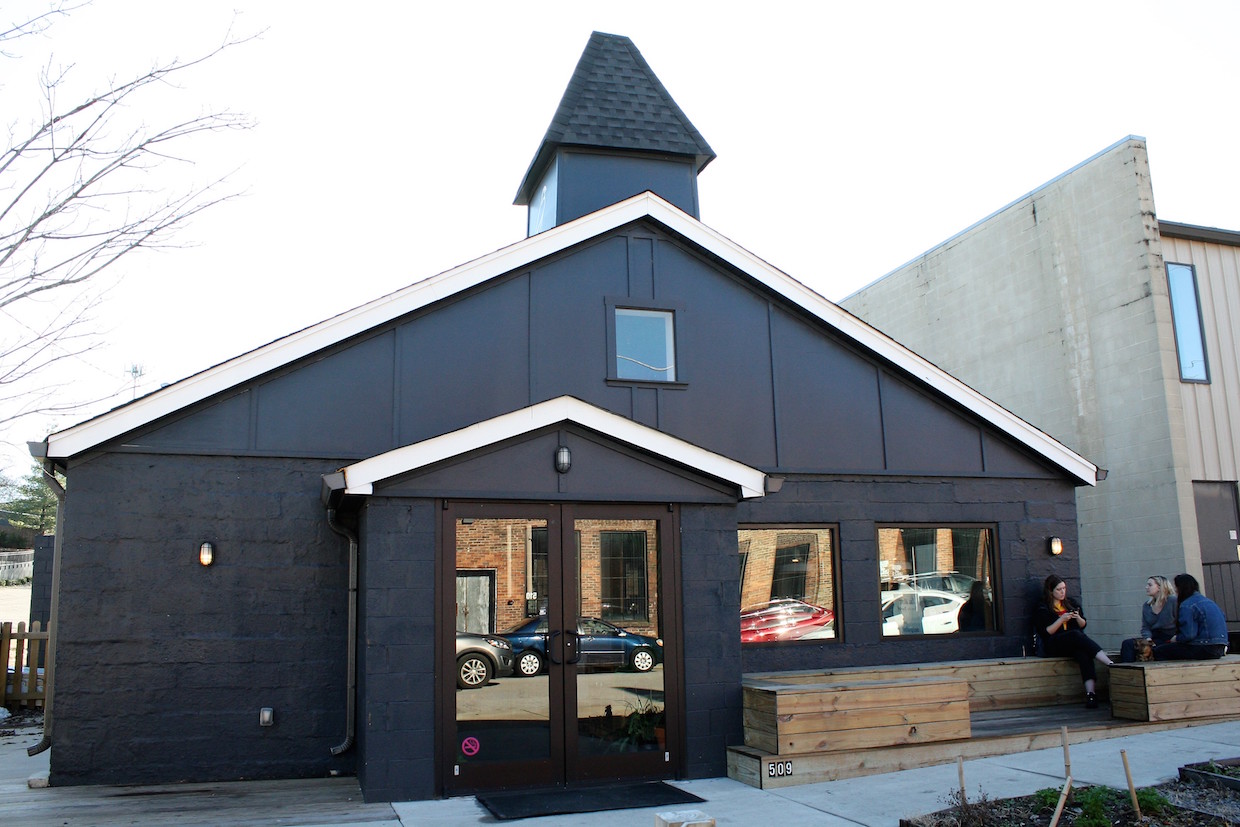 A two-directional buzz has been building inside a former church in Nashville’s Wedgewood-Houston neighborhood. Falcon Coffee Bar occupies the Houston street side, while sister brand Flamingo Cocktail Club can be found around back.

The coffee guru behind Falcon is co-owner Andy Knepshield, who met with Britt and Alexis Soler, fresh off their success with a favorite Nashville cocktail bar Old Glory, to consider the dual concept. Said Knepshield, “By the end of the conversation they were on the phone with their real estate agent trying to find a spot.” 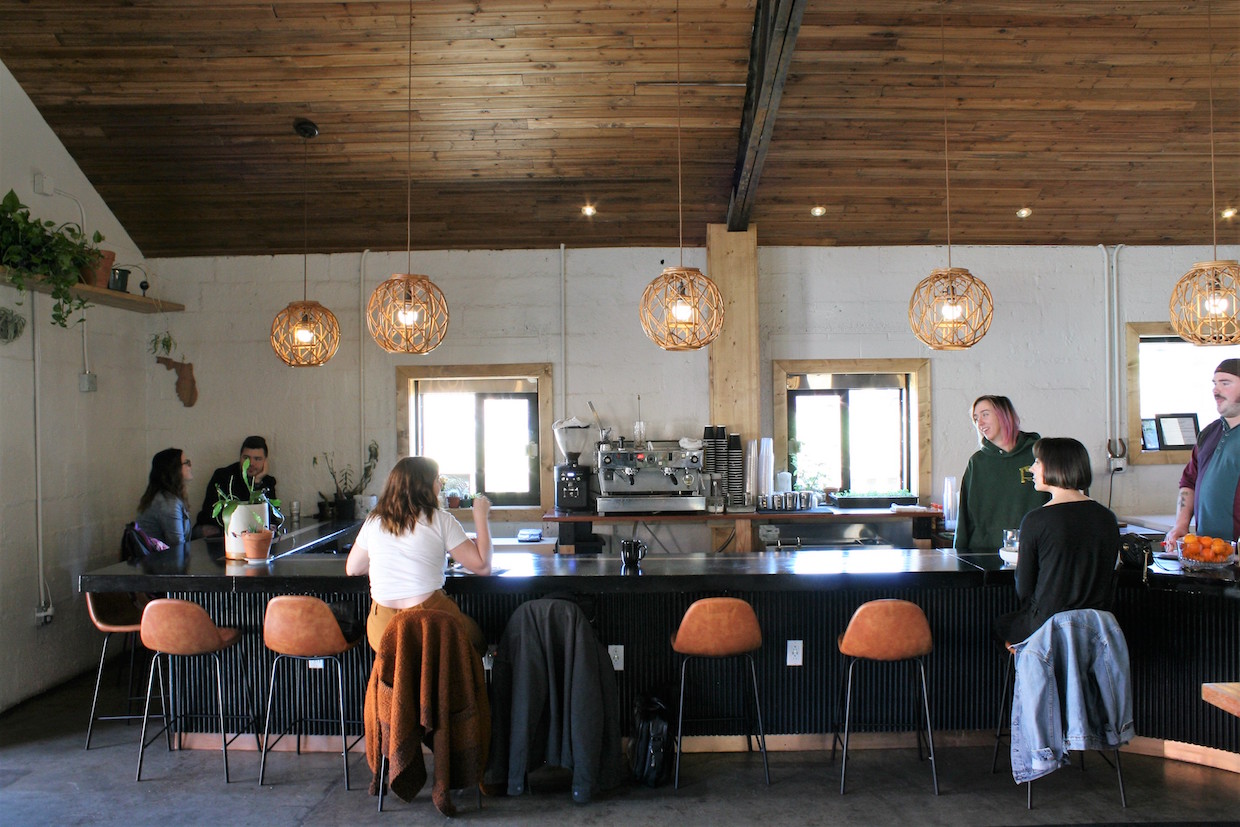 Knepshield first got into the coffee game in Dayton, Ohio, back in 2002. From there, he worked at multiple locations in Brooklyn, New York, before eventually he moved to Seattle where he worked at Stumptown. After a move to Nashville and a quick stint at Barista Parlor, he met with the Soler sisters and Falcon Coffee Bar took flight.

The Falcon interior is filled with natural light from windows on all three exterior walls. A high shelf filled with cascading plants bisects the walls above the seating area, while vaulted ceilings provide a visual reminder of the building’s former use as a church.

The S-shaped coffee bar sits along the east-facing wall and is lined with stools facing a La Marzocco Linea and Mahlkonig K30 Air for espresso. A Fetco batch brewer sits behind the register. 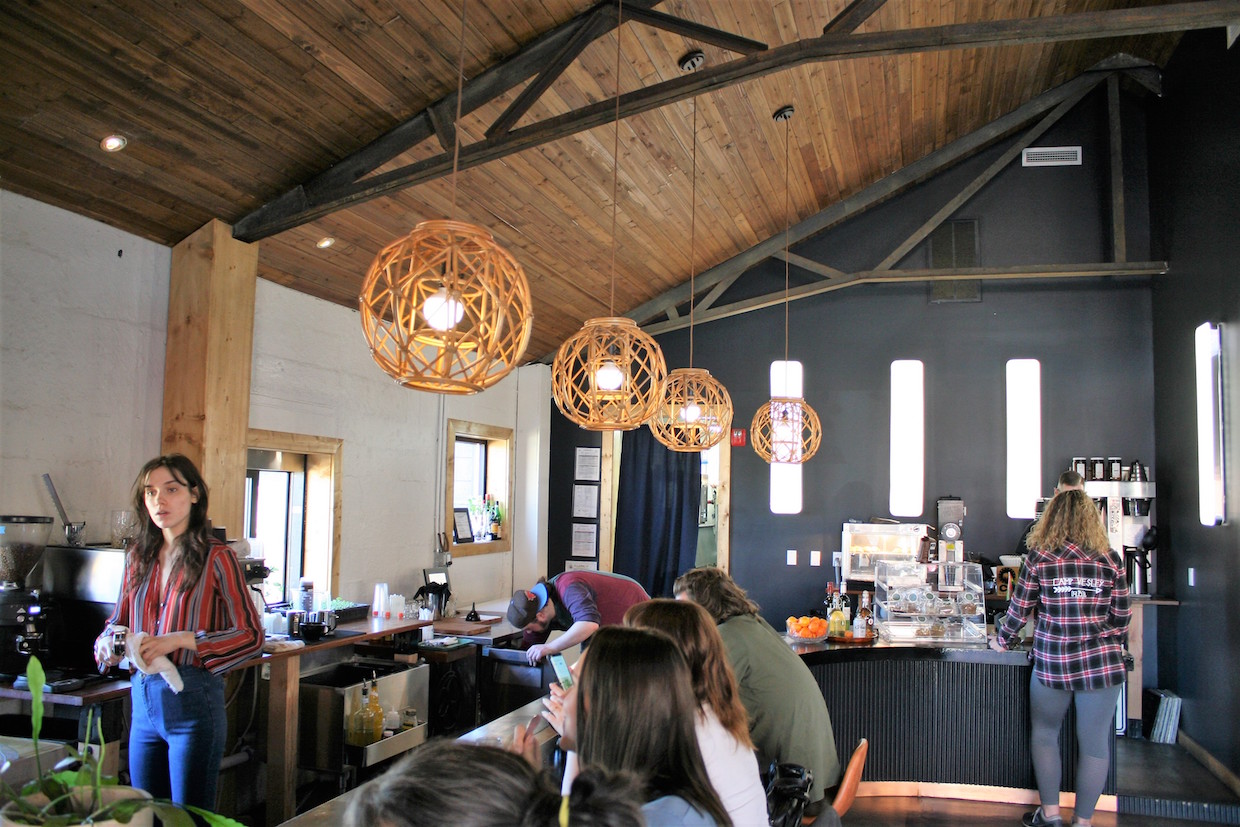 Coffees for the shop’s traditional espresso menu, a seasonal specialty drinks menu and a single-origin pourover menu come by way of the Nashville roasting outfit Osa and from Dayton-based Wood Burl.

The plant-based food menu, organized by Angela Laino, sources ingredients and pastries from local providers such as The BE-Hive, Morsel, and The Catio, although the cafe tries to avoid a sense of exclusivity just for being plant-based. “People come in and get the BLT with the seitan and ask what kind of meat we use,” Knepshield said. “Funny you should ask… we don’t.” 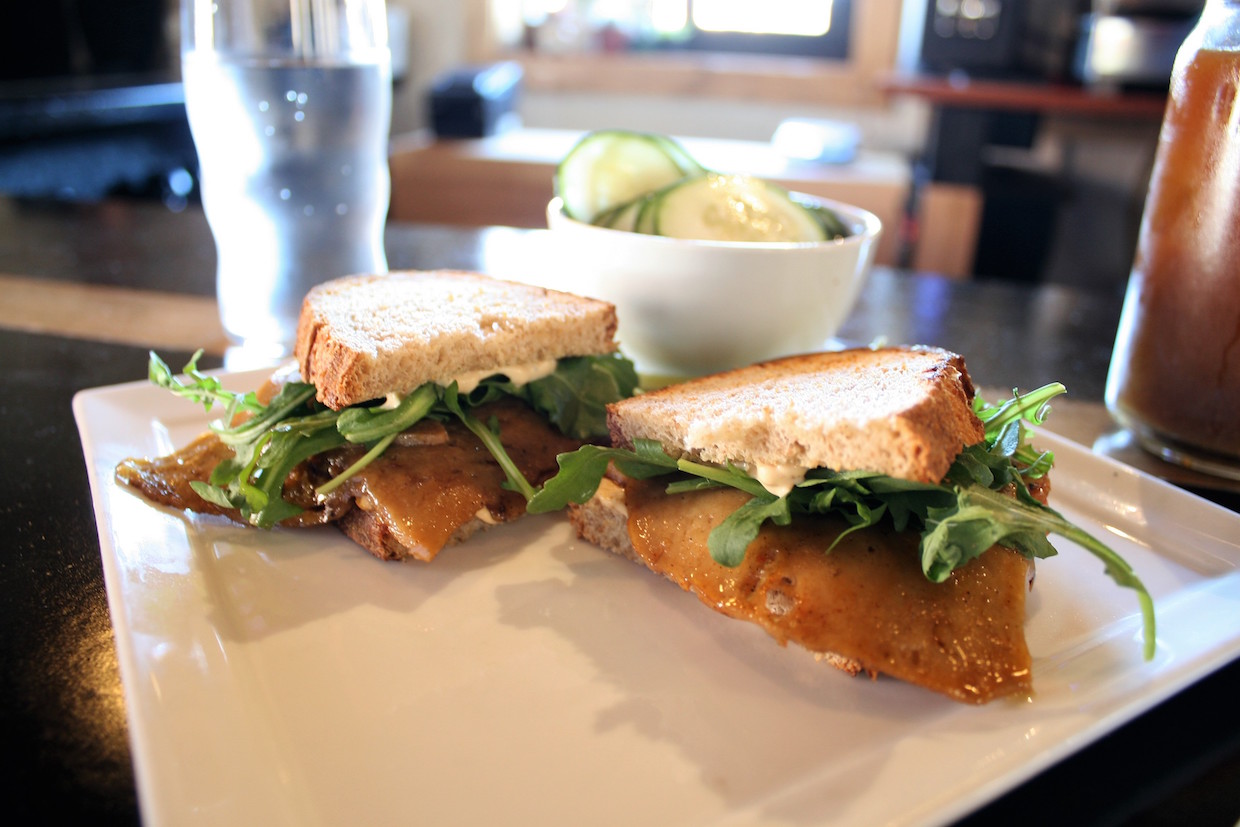 Despite being a small operation, the business is intently focused on sustainability, particularly in regard to minimizing waste generated by the shop itself. All to-go items are packaged in biodegradable materials, food waste is composted, and packing materials are reused and recycled when possible.

“We used to compost at Stumptown in Seattle,” Knepshield said. “It’s just part of the culture there, and that’s something I wanted to bring here.”

Despite these best laid plans, the shop still can’t claim a zero-waste policy until more packaging companies and other suppliers clean up their own supply chains. “It’s not so much zero-waste, as minimal waste,” Knepshield said. “If you’re shipping anything, you’re going to have waste.” 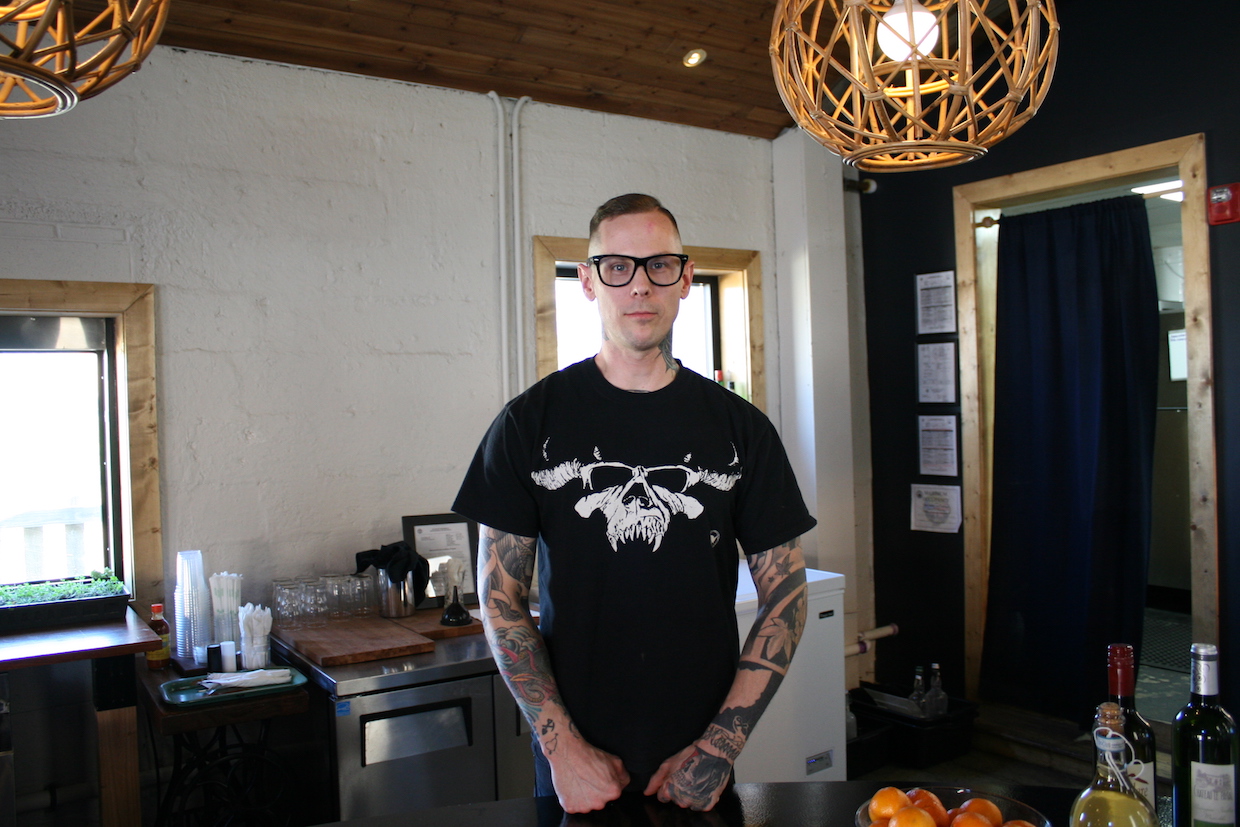 Local companies Compost Nashville and Justice Industries Glass Recycling help find sustainable solutions for whatever can be diverted from the shop’s waste stream.

“Between the coffee shop and the bar, we probably go through maybe two bags of trash per day,” Knepshield said. “Considering we’re open 20 hours a day, I think that’s pretty good.” 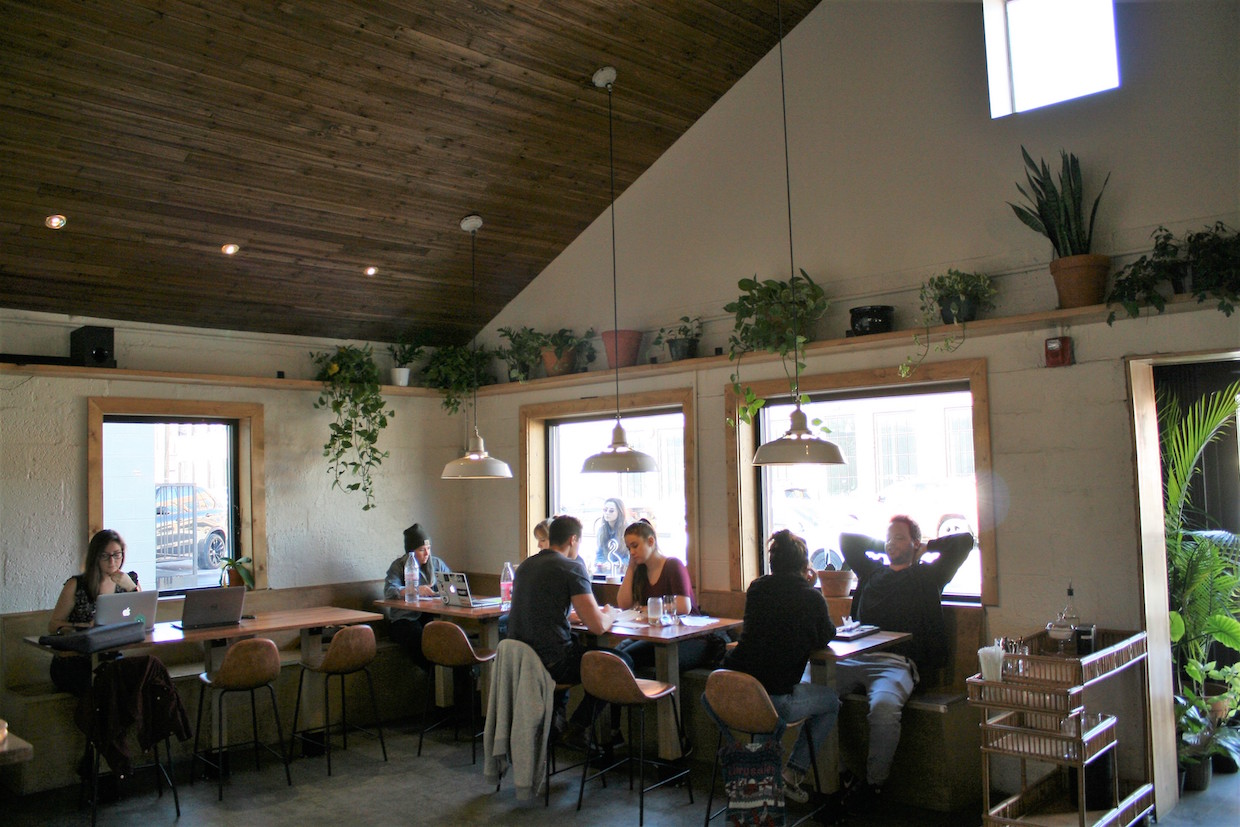 Growth in the formerly industrial area has brought an increase in foot traffic, including “people [who] come in from Airbnbs and are walking around confusedly, so we have to explain ourselves a little bit,” according to Knepshield. Despite such encounters, Falcon intends to fly a straight and true course, sticking to a plant-based menu, working whenever possible with local vendors, and quietly pushing in-store sustainability.

“We don’t really brand anything,” Knepshield said. “We don’t have a sign. Everything else that we do is pretty low key, and I think that’s the most effective way to do things because when people find out about it, they’re more open to it.” 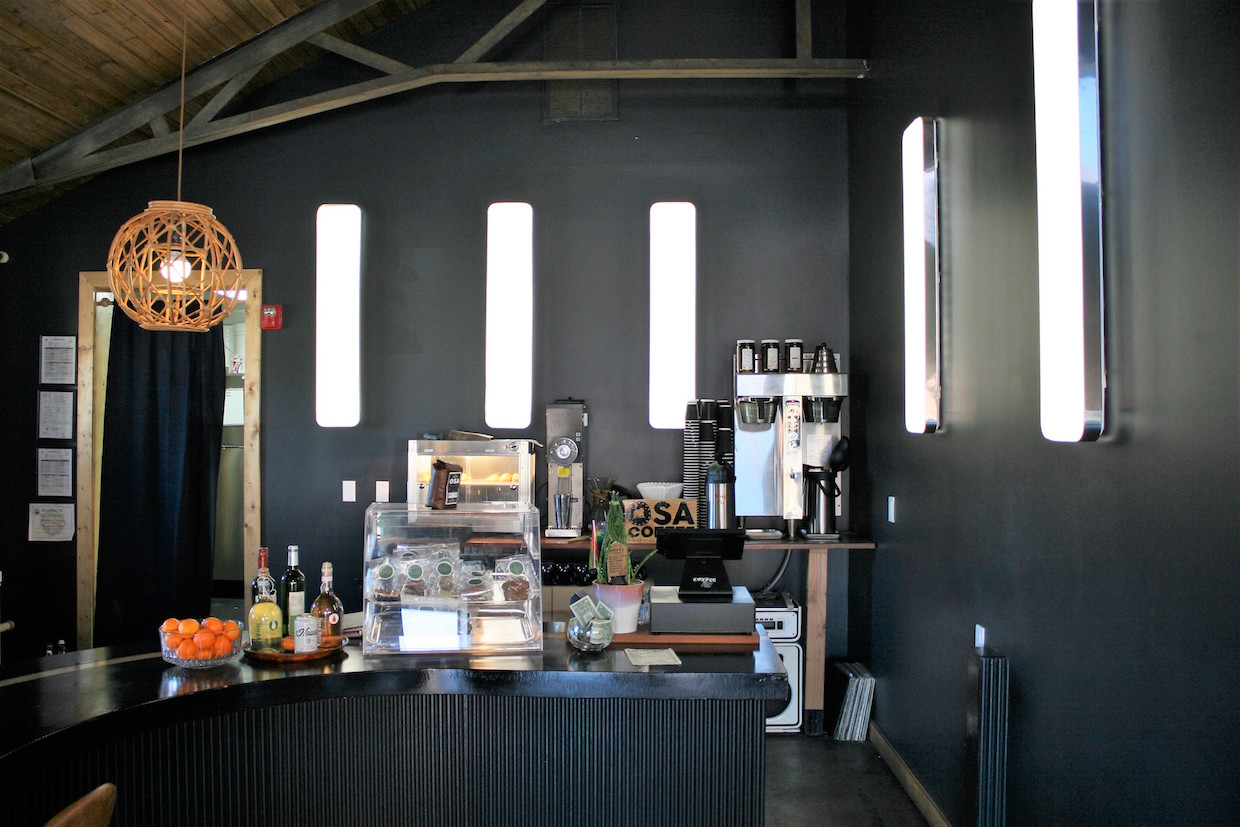 Falcon Coffee Bar is located at 509 Houston Street in Nashville.

Josh Rank
Josh Rank is a writer based in Nashville, Tennessee. More ramblings can be found at www.joshrank.com