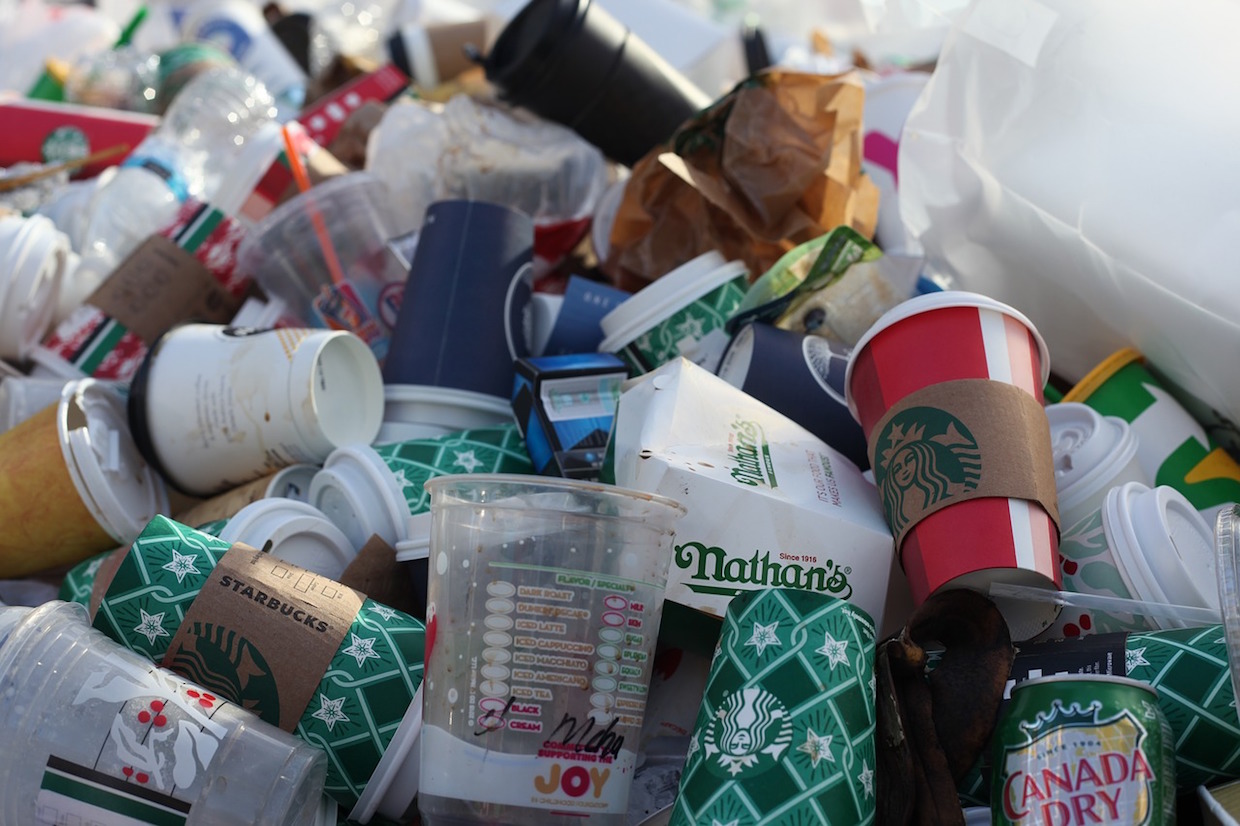 City officials in the coffee-loving city of Berkeley, California, have passed an ordinance requiring businesses to charge a 25 cent fee for single-use paper cups.

“With the collapse of the overseas recycling market and an influx of food- and beverage-related litter on our streets and in our waterways, waiting is no longer an option,” Berkeley City Council member Sophie Hahn, the author of the legislation, said in an announcement prior to last night’s vote. “Many Berkeley restaurants have already switched to compostable to-go ware and reusables for dining-in and we’re asking all food vendors to follow their visionary example. Recycling is no longer a solution – if we want to save the planet, it’s time to reduce, reuse and compost.”

Taking effect in January 2020, the ordinance will require disposable straws, lids, stirrers, cup spill plugs, napkins and utensils to also be compostable. Those items are to be made available only by request or at self-serve stations. Also according to the ordinance, all take-out food ware also must be compostable, all dine-in food ware must be reusable, and hardship waivers will be available for special circumstances.

In an interview with San Francisco-based CBS affiliate KPIX, Berkeley City Council member Sophie Hahn clarified that the 25 cent fee for single-use cups should not be confused with a tax.

“It’s not a tax — there’s no requirement that it increase the cost of a beverage,” Hahn said. “It’s simply that the food establishment has to show the charge, so that you know there is a cost for the container. And, if you bring your own container, you have to have that charge removed.”

Has this Hahn creature from Berserkeley stopped to consider the missing infrastructure to DEAL with the composting she mandates, or is she simply about swapping one serious problem for a different serious problem? Further, in her madate for in-store comsumption has she considered the VAST quantities of water that will be necessary to clean and sanitise per protocols the wares being reused? Seems that Bay Area of California are always wailing away about their dwindling supply of fresh water… so much so they had a judge who issued an order diverting billions of gallons of fresh water from farms in the San Joaquín Valley, the farms that USED to grow most of California’s, and much of the rest of the nation’s food. Some 30,000 FARMS have had to close operations due to lack of water. And the added fuel consumed (think carbon footprint) to transport the food now produced elsewhere at higher cost is an issue…. or is it? That water was mandated to be dumped into San Francisco Bay….. where it cannot be used to clean the wares this politician is now mandating be reused.

It may be her intentions are good…. but it is pretty obvious the entire issue has not been well thought through.

I remember a couple of the old “hippie mantras”… no such thing as a free lunch, and everything is connected to everything else. Grandstanding seems to be developing into a habit.

They will slowly eat themselves alive. Disposable eatery items save water. Now in a state that is adding taxes to water consumption is mandating that we use more water instead of fixing the problem. The obviousness of the stupidity of people should shock me but being stuck in this state this is merely a day ending in a “y”